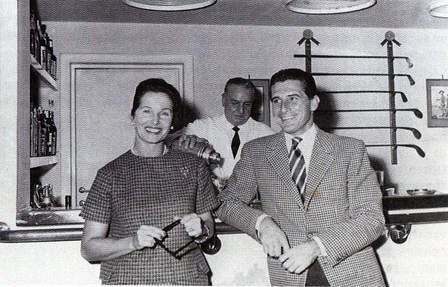 Fosco Scarselli is best-known today as the creator of the Negroni cocktail. Yet, during his lifetime, he had a quiet reputation as one of the ultimate bartender-psychologists.

According to a 1962 feature in Rivista Gente, Scarselli was "the ideal figure of the bartender: confidante, psychologist... sorcerer's apprentice in the combinations of liquors that reconcile the man who savours life."

Or, as Scarselli put it: "The bartender's job is not any job. The bartender must change depending on the customer who is standing in front of him. He has to know and guess the flavour and the mood he should offer him... a sort of panacea against dark moods or reversals of fortune."

A native of Tuscany, Scarselli's most famous role was behind the bar at the Caffè Casoni in Florence, today the Caffè Giacosa and owned by designer Roberto Cavalli.

A combination of grocer, perfumer, café and store, the Caffè Casoni was popular with a curious mix of Florentine aristocracy and American and English tourists.

The Americano - a blend of vermouth, Campari and soda once known as the Milano-Torino - was a popular drink at the time. But one of Scarselli's regulars, Count Camillo Negroni, who had recently returned from England, requested a drink "po più robusto" - with additional gin, a spirit he had come to love in the UK.

Negroni, whose impressive CV included stints as a gambler and a cowboy, was not a beginner drinker. He could, according to Scarselli, consume as many as 40 cocktails in a day. (A letter from a friend, in 1920, jokingly reminds the Count not to drink more than 20 Negronis in one day.)

But was the Negroni Scarselli created for his regular the same as the version which slides across the world's best bars today?

On that, the jury is out. Contemporary Negronis are generally served cocktail style, not cooler style, with nary a hint of soda. But history does not record whether the Count enjoyed his straight-up or diluted.

Scarselli was, in some ways, the model of a traditional Italian career bartender. He found a place that he loved and stayed with it for many years. He did not leave Casoni until it was bought out, probably in 1932-33.

After this, the Earl of Gherardesca approached Scarselli to work at the Ugolino Golf Club. An offshoot of the Florence Golf Club, home to national and international events, and a high-society mecca, the club opened on Chiantigiana Street in 1933.

Scarselli would work there until the 1960s, creating drinks including the 19th Hole and the Mercedes, though none of them have endured like the Negroni.

The year before he died, in Impruneta, Tuscany, an Italian bartenders association, the Associazione Italiana Barmen e Sostenitori, presented Scarselli with a medal. On it was written: "To Fosco Scarselli, genial preparer of the Negroni. A.I.B.E.S."

So, next time you enjoy a Negroni, or pass one across the bar, spare a thought for Scarselli, who is gone, but not forgotten. 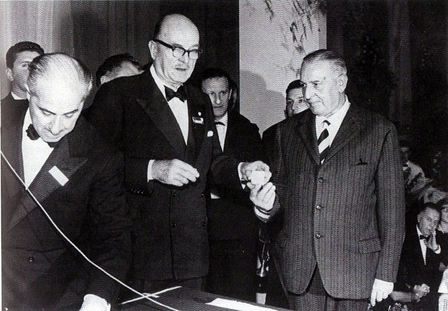