The 2022 Patrón Perfectionists final is set to be unusual in many ways - not least because it features no fewer than two finalists from Cape Town, South Africa. David Van Zyl, of the city's Cause | Effect Cocktail Kitchen, was supposed to compete in the 2019-20 global finals two years ago, but a visa hiccup meant he never made it to Mexico. (The video was filmed before that visa hicccup.)

"I felt a lot of stuff," he recalls. "I was heartbroken; I was angry. But I had to believe it just wasn't the time. Everything happens for a reason: that's something I always believe in and I just look forward and keep on going."

Taking his place in the final this year meant adapting his recipe, as contestants were limited to a shortlist of 100-odd ingredients to create their drinks - and native South African flowers such as lemon pelargonium didn't make that cut.

"A big problem in the last competition was that the ingredients I used can't be found in Mexico, so I had to bring them in from South Africa," Van Zyl recalls. "To clear it, they needed to do a laboratory analysis. I was talking to universities in Mexico, asking if I could send them samples of my ingredients; I was talking to canned food companies here in South Africa."

Even the aromatic cedarwood he used as a flavouring element proved problematic. "The wood needed to be treated with CCA - chromated copper arsenate," he says. "I needed to put arsenic on a piece of wood I'm going to be making drinks with!"

Van Zyl's current version of his winning cocktail maintains the sweet-and-sour floral complexity of his original but uses more accessible ingredients than the lovingly researched botanicals of his first drink.

Competing in the time of Covid

But more than ingredients has changed since January 2020. Looking back to the last competition feels, in many ways, like harking back to another world. Over the last couple of years, the pandemic has upended the global bartending landscape, disrupting flows of stock, closing venues and destroying careers, leaving some bereaved and many out of work.

When we speak, Van Zyl has just managed to re-enter South Africa after the Omicron variant shut down flights, leaving him stranded in Dubai. Just like travel, the experience of competing before and during Covid is very different.

The South African final, for example, was virtual. "For me, it's not the same. I love standing behind the bar, because everything I do behind the bar, my actions and my emotions have an effect on people: I think that's what bartending is," Van Zyl says. "What makes good bartenders is interaction with their customers, or, in a competition, with their judge. Whereas if you're just looking at a screen or a cell phone it's very weird."

Van Zyl, who describes himself as "really bad with technology", is looking forward to the in-person interactions and the chance to showcase his real-world skills when the finalists head to the Patrón Hacienda this May. 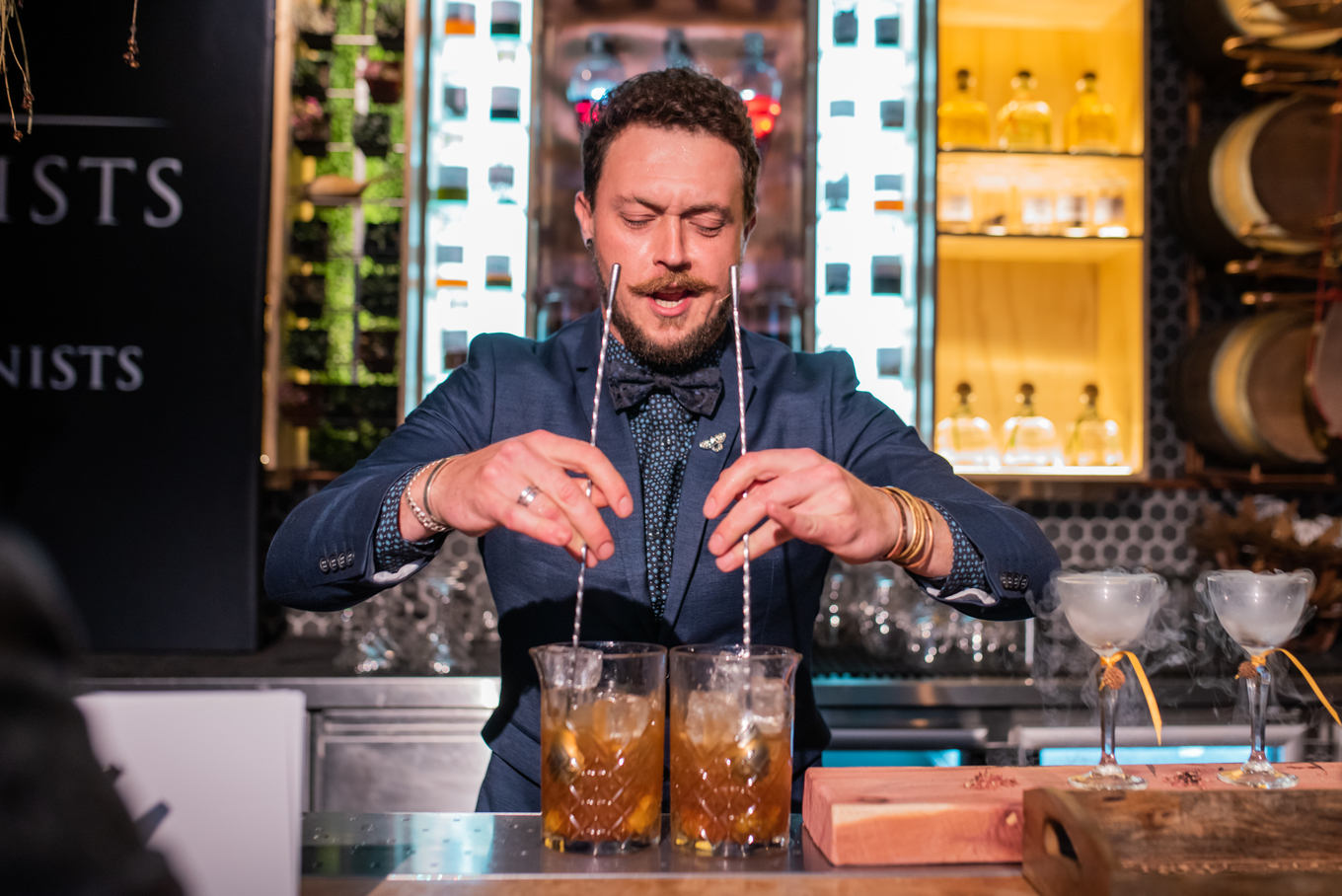 Cause | Effect is one of just three African bars, and the top South African bar, in the World's 50 Best Bars top 100 and Van Zyl isn't shy to describe himself as a perfectionist. "That's why I love to be in the bar. That's why I stay in the bar, because it's the bar where I can show my perfection," he says. "There's all these little ways to polish."

Alongside the human connection that he prizes, culinary precision is very much part of Van Zyl's toolkit. "I know exactly the ingredients that I'm working with," he says. "Your ingredients can change every day: your lemon doesn't taste the same, through the changes in acidity, changes in alkalinity, changes in flavour. So you have to literally taste it every day and adjust your recipe to it."

It's a precision that he's looking forward to finally taking to Mexico in May - and his visa agent will be fully briefed to avoid a repeat. 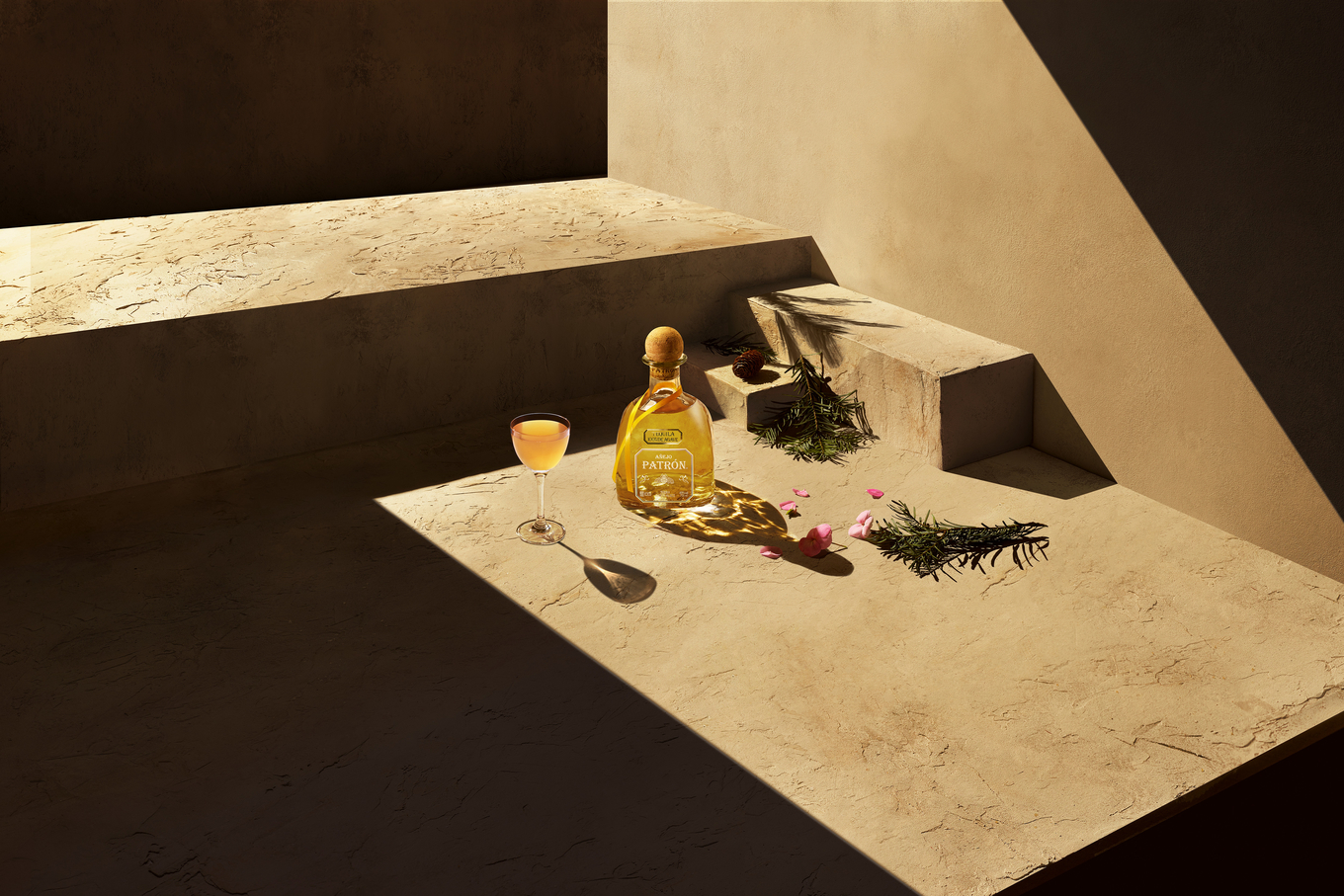 In carpentry, a dovetail joint is one of the strongest forms of joint, requiring great skill to make: two adjoining boards are precision cut so that they interlock several times at the corner. Van Zyl's grandfather was a carpenter, and he worked alongside his father helping to build wooden lodges when he was growing up, so his cocktail name is a tribute to that craft.

But for Van Zyl, the meaning of the dovetail extends beyond carpentry. "The dovetail is a way of joining through a good experience," he says. "From the bartender to the customer, the cocktail in between, I see that as a dovetail, because a good bartender plays a role in his community."

To make the green cardamom-infused pear syrup:
Warm 1 cup sugar, 1 cup water and 1 cup of pear pulp in a saucepan - but not enough to cook the pear. Stir in 5 or 6 lightly crushed cardamom pods, strain into a bottle and leave to stand in the fridge overnight.

To make the vanilla-infused white wine vinegar:
Melt 100g sugar in 50ml water to make a gum syrup; add 10g chopped vanilla pod and keep on the heat for a while; add 100ml white wine vinegar, mix well, then pour into a bottle and leave to stand overnight.

To make the cocktail:
Shake all ingredients with ice and fine strain into a classic Nick and Nora glass.