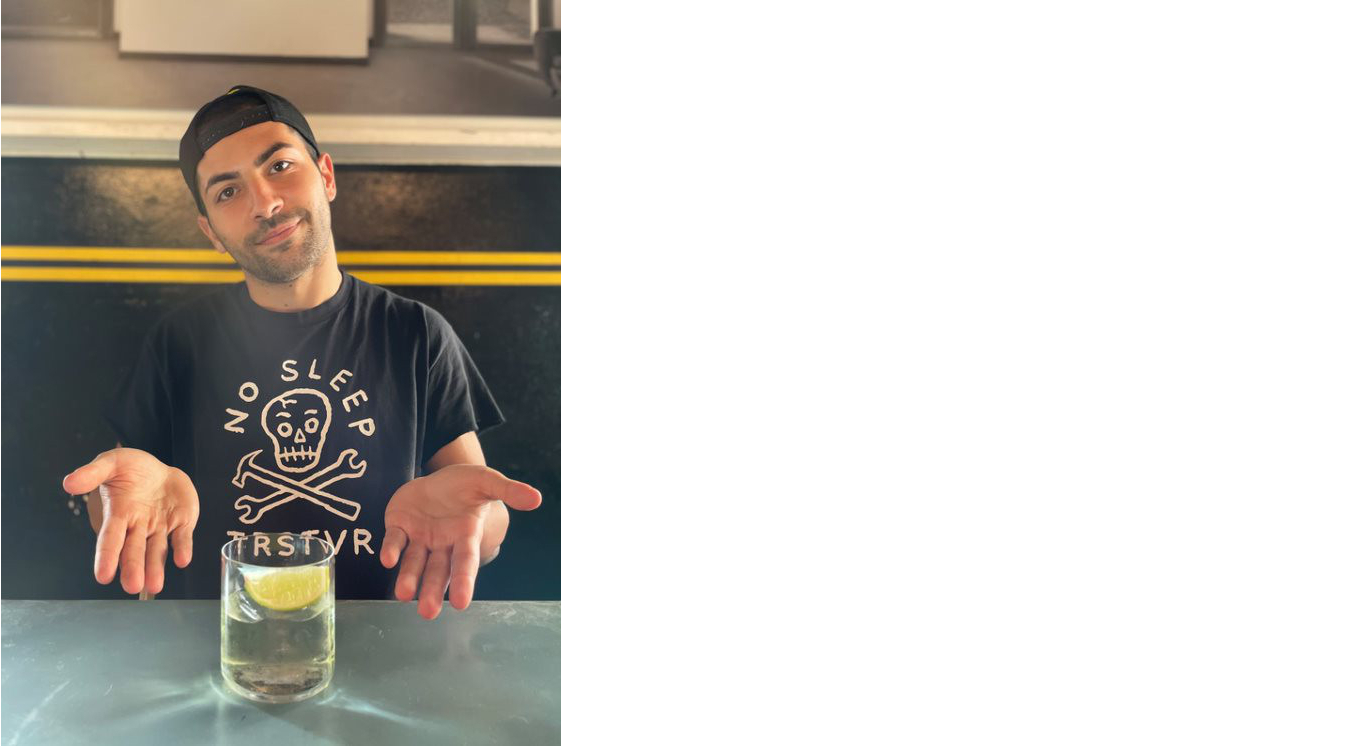 Paradoxically, despite representing Italy in the Patrón Perfectionists final, Luca Fanari is currently based in the UK. He left Rome's cool aperitivo joint, Freni e Frizioni, behind to join his girlfriend in London, and started work at the city's outpost of the NoMad boutique hotel group on 12 February 2022.

When we talk, he's bubbling over with enthusiasm. "NoMad is one of the biggest dreams of my life," he says. "I love high-volume bars, but also good hospitality, so NoMad combines those two things."

Transitioning to NoMad meant taking a step down. At Freni e Frizioni, Fanari was a bartender; at NoMad, he's starting as a barback. "They have a lot of rules there: they have four bars. So if you're not at head bartender or bar manager level, you can't start as a bartender, you need to start as a barback," he says. "After you learn everything after a year, they move you."

Born in Sardinia, the holiday island off western Italy, Fanari started working in hospitality when he was 17 but caught the craft bartending bug when working in a restaurant in Amsterdam. A cousin who was passionate about bartending insisted that they go to the Perfect Serve Barshow Amsterdam.

"I always thought that a bartender was the guy behind the bar in a disco club, " Fanari recalls. "But when I went there-it was 2018 so everybody had the long beard and tattoos-I realised what bartending really was, and how everyone was smart and studied a lot. So when we came back from Amsterdam, I got books and I started to study."

In Rome, Fanari trained for three years at the bar school run by iconic cocktailery Jerry Thomas Speakeasy, working during the day and studying during the evenings. "I found my second father, Antonio Parlapiano," he says. "He taught me everything." A stint at a restaurant bar, Baccano, gave way to a more cocktail-centred role at Freni e Frizioni, which gave him the confidence to enter the Patrón competition.

The joy of competition

For Fanari, the chance to travel is a hugely motivating factor. "Travel is so important for our careers," he says. "With people from everywhere, I now have the possibility to know a lot of people, a lot of champions from every country: it's so motivating for us. And you can learn from everybody. "

Because of Covid, which placed Italy into a number of lockdowns, the Italian final results were announced on a livestream. "I did a dinner with all my friends, because I was going to be on the stream," Fanari recalls. "Then we watched the announcement on Facebook and we absolutely enjoyed some tequila Patrón."

And, despite the name of the competition, he wouldn't describe himself as a perfectionist. "I'm not a perfectionist," he says. "You can't reach perfection, but you can always do better and maybe one day you can do better than yesterday. I don't think the owner of Patrón woke up one day and told everybody, 'This is the tequila and this is perfection for us': they use 60 different hands to make a bottle." 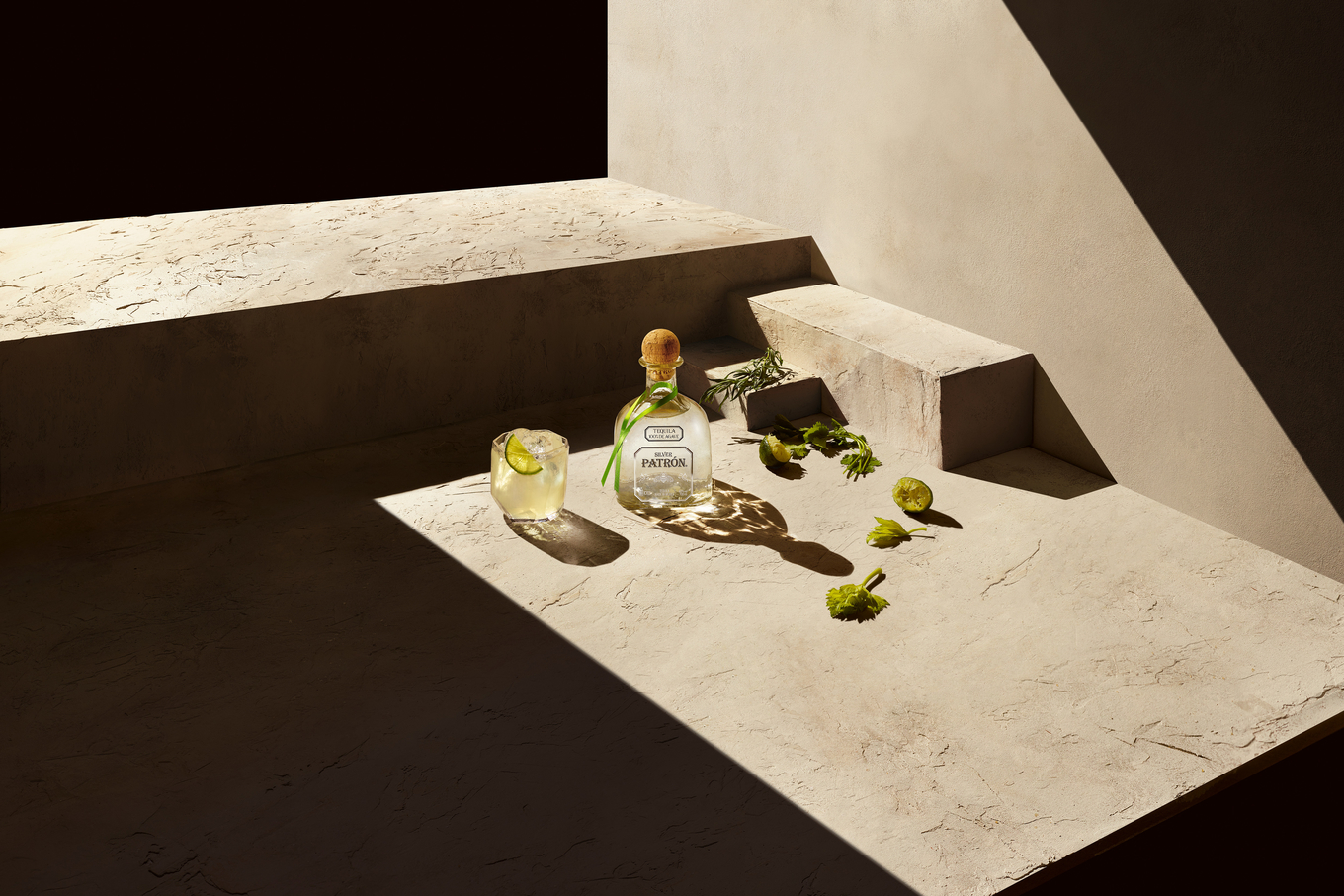 Fanari's winning drink was inspired after he took a group of friends to dinner in Rome, bought a bottle of Patrón and put it in the centre of the table, Mexican style. "They looked at me so strangely!" he recalls. "For me, it was so normal, because as a bartender we drink shots every day, so for us tequila is like water."

When the time came to create his drink for Patrón Perfectionists, the memory stuck in his mind. "I thought I had to do something like wine, something in between our tradition and Mexican people's tradition," he says. "I wanted to do something you could take from the table and have flavours of Mexico in the glass."

"When you do the Patrón competition, you need to choose from a list of ingredients," Fanari explains. "Because I wanted to do something really green, really about the terroir, I took coriander, celery and tarragon: that's why the name is Simply Green."

The fresh green notes of celery, tarragon and coriander highlight the agave flavours of Patrón Silver, while his easy-drinking mix works well both with and without food.

Method: Combine water, tequila, tarragon, coriander and celery, then vacuum seal and leave to infuse for 24 hours. Strain, then add vinegar, sugar and lime juice, and stir until sugar is dissolved. Pour 90ml of the blend into a mixing glass, stir with ice, then strain into a chilled Old-Fashioned glass over a single ice cube. Garnish with a slice of lime and serve.