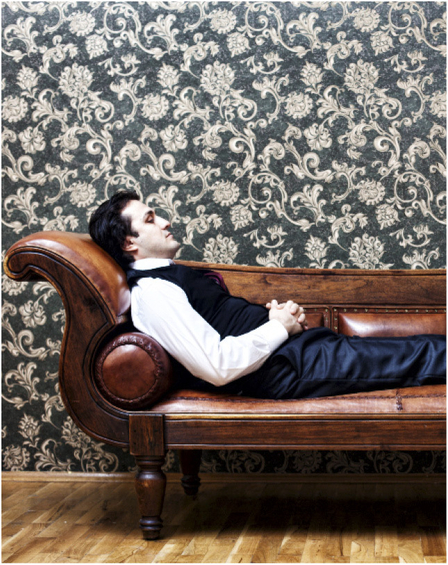 It's late at night, and a melancholy drinker is pouring his heart out to a bartender. In return, the bartender offers his guest some sagely advice: wisdom gained over years of similar out-pourings from troubled drinkers. It might be a stereotype, but the bartender's role as an 'accidental counsellor' has long been recognised by psychologists as providing more than just a drink.

In fact, psychologists have been conducting studies for the last four decades into whether bartenders actually can play a formal role in maintaining their guests' mental health, as a first line of advice and support.

In April 1977, the Community Mental Health Journal in America published the results of a study investigating whether certain members of the public with high levels of contact with the local community could become valuable mental health service 'gatekeepers', naming bartenders as a key example. They would be trained to recognise symptoms of key mental health issues, to counsel effectively and where to refer the individual onwards.

There were, however, limitations on the study. How effective could counselling be if both parties were involved in a financial transaction? Could bartenders remain unbiased? And, fuelled by alcohol, would drinkers react in an unpredictable way compared to if they had been sober? Despite these concerns, the paper identified bartenders as representing an untapped opportunity to communicate to people with mental health problems and provide crisis intervention as well as referrals. This study did not lead to any specific, established gatekeeper programmes for bartenders but it wasn't without wider influence.

To bartender, drinks blogger and scientist, Darcy O'Neil, who uncovered the paper, the suggestion that bartenders could play a role in managing the mental health of their guests came as something of a surprise but said he could see it might potential in some situations. "Some people need that social interaction and they trust in bartenders" he said. "Once people get to know you they put everything on the table." He said bartenders tended to be able to deal well with the trauma of continually being on the receiving end of drinkers' angst. "You develop the ability to disconnect emotionally, but really listen".

Far more recent studies have also identified bartenders as promising mental health guardians, particularly if targeted at specific social or age groups. In 2010, researchers at Ohio State University investigated whether bartenders had the potential to help military veterans with mental health issues such as depression or post-traumatic stress disorder. Their findings, based on responses from 71 bartenders, were published in the October 2010 Journal of Military and Veterans Health, which painted a picture of veterans in "trusting" relationships with bartenders, with nearly three quarters of bartenders describing such relationships as "like family" and 80% of bartenders willing to refer customers. Some 70% of bartenders reported that veterans always talked to them about their problems. This study concluded that there were high levels of potential for the approach.

The aftermath of the 9/11 terrorist atrocities again reignited the debate, though this time warning against using bartenders. A study in 2002 into the "natural helpers" of a community investigated how they fared with the emotional and mental responses to such a traumatic event. While bartenders reported a 46 per cent increase in business in the aftermath of the attacks, the study found that bartenders avoided talking about the subject to their own family and friends and reported a degree of emotional distress. More experienced bartenders said they were able to block out their own emotions, but were also found to be less likely to flag any issues they had seen in their guests.

Health professionals themselves are wary of giving bartenders a formal role in managing mental health. Dr. Will Goodall, an expert in psychology in primary care at the University of Stirling, warned that recognising mental health problems was an imprecise skill that could not be imparted without lengthy training. "Many different mental health issues share symptoms and a lot of training and competence goes into being able to distinguish one diagnosis from another," he said.

Nevertheless, the approach has gained some supporters. Today, United Service Inc. in Connecticut provides training for a Gatekeeper Program that targets bartenders among other workers including store clerks, hairdressers, bank workers, contractors and utility workers to help them better recognise senior citizens in need of support.

... comment(s) for Bartenders: the accidental counsellors