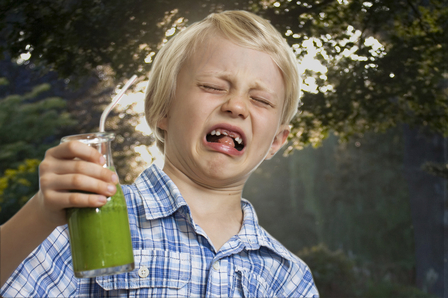 Bitterness is often described by what it’s not. It’s hard to accurately define the flavour that causes many a child to wrinkle their nose at a plate of chicory or spinach. The words pungent and sharp are tossed around but time and again it comes back to that description of a lack of sweetness.

In the world of cocktails bitterness is becoming an increasingly key taste, one only has to look at the rise in amaro to recognise this. The bracing, strongly-flavoured bitter category of liqueurs isn't for everyone but amaro has fast become the bartender's latest best friend. It's this bitterness that can add complexity to an otherwise light or delicate cocktail, and it's easy to see why drinks geeks with a penchant for punchy flavours have become enamoured.

We now know that flavour, a combination of taste and aroma, is an intensely personal experience. DNA determines what we perceive and a small difference in our genes is enough to change the way receptors on our tongues taste.

The simplest way to describe what happens when we take a sip of a bitter drink is that the bitter chemicals bind to taste cells, which in turn sets off a chain reaction carried to the brain and thus we have a conscious perception of "bitter"! The place where the chemical first binds is called a bitter receptor.

From the study of genetics scientists have been able to work out that one of the genes for bitter taste receptors, TASR38, comes in two types. Most of us have both types and the subtle difference in what we experience comes from a blend of these two. However, some people only have one or the other, causing an extreme difference in how they taste.

So while it may be easy to judge someone's palate as being too sweet, there's a chance they are experiencing a very different flavour from you.

"Throughout human history food likes and dislikes are proxies for education and social class. Right now, sweet liking is regarded as low-class but the details change over time. In early American history, eating fruits and vegetables was considered low class because they might be grown in cholera infected water," says Dr Danielle Reed, a scientist as the Monell Chemical Senses Center in Philadelphia.

But can we change our reactions and how we perceive taste over time? Logic would say yes, after all many drinkers start off with a preference for the sweeter, weaker drinks. In time cocktails such as a Negroni or Sazerac will start to appeal.

As an industry, and indeed the Western world, our love of savoury and bitter drinks has only increased since the cocktail renaissance of the 1990s. Which would seem counter-intuitive to the general populace's increasing addiction to sugar.

"We know that for odours, people can sense lower concentrations as they have more experience but we are less sure about how experience affects bitterness. The little data we have suggests that we perceive bitterness the same way over time regardless of how often we taste it but we change in how much we like it. The same applies to the other senses - you don't hear music better as it becomes more familiar - but you like it more as you gain experience," says Dr Reed.

There may even be a reason as to why we adore sugar so much as children but are more open to other tastes in adulthood. The team at the Monell Chemical Senses Center have a working hypothesis that we love sugar during childhood as signal for calories needed for growth and our love of sweet fades - at least bit - as we age.

"Children also need to avoid poisons - not only because they can kill, but because they might affect brain development. These are logical ideas but hard to test," says Dr Reed.

This is a fact we are often told; bitterness equates to poison. An inbred reaction throughout history that our ancestors have passed on to us.

"There is a universal aversion to bitters that is probably hard-wired into our brain but it is also sensitive to context," says Dr Reed. "We can always tell when a food is bitter but through context we learn what bitters are safe (e.g., coffee is not only safe but essential for life, at least for some) whereas unexpected bitterness is cause for alarm."

Then there is the concept of sensory adaptation, where in the short term our brain can adapt so that each sip is less bitter than the last. Scientists currently explain this as not short-term memory but that the receptor is harder and harder to stimulate when it is flooded. If the receptor is not working as well, the brain perceives less bitterness.

"There is no rule which can predict what chemicals will or won't taste bitter. Many bitter compounds are poisons, but not all. Many drugs are bitter, but not all," says Dr Reed.

Interestingly enough bitterness is not a flavour but a taste, we can't smell something as bitter. Some bitters many be pungent but this is not the same as the taste we identify as bitter.

As to our latest fascination with bitterness? As Sother Teague, Beverage Director at Amor y Amargo, says "Everything old is new again. Bartenders are looking to the past to create pathways to the future. The complex and intense nature of amaro is like a siren song to these would-be pioneers. There just isn't anything on the back-bar that is so bold."

But amaro doesn't just add bitterness, if it did the flavours would possibly alienate too many of us. "All amari are sweetened (unlike tincture bitters) to create balance and portability, this gives them viscosity that we often perceive as richness. Of course they contribute bitterness but in many ways: citrus oil, vegetal/thistle, medicinal, herbal, even bitter fruits and berries. Further, it brings complexity as there are few amari that are 'one note'," says Sother.

Thus it turns out that while many of us may have fallen in love with a touch of bitterness, for some their genes will never let them enjoy an amaro-based cocktail or a few extra dashes of bitter tinctures.