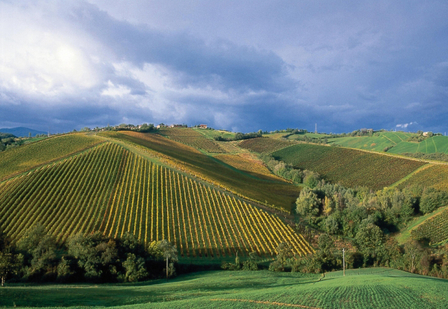 Lambrusco is a fizzy style of red wine from DOC (denominazione di origine controllata) vineyards in central Italy. Usually served chilled, the wine reached its peak in the 1980s when sweeter varieties dominated the market.

Lambrusco is making a comeback. There was a time in the 1980s when America and western Europe couldn't get enough of the stuff, crates upon crates where shipped out of Italy and sold in huge quantities across the world.

Then, as if overnight, the word Lambrusco was relegated to the domain of students, who relished in the cheaper, overly sweet varieties. But the last few years have at last seen authentic Lambrusco, with its dry, crisp palate, returning to restaurant menus and supermarket shelves.

As Hugh Johnson and Jancis Robinson wrote in their 7th edition of The World Atlas of Wine "there is something decidedly appetising about this vivid wine bursting with red-berry flavours and its unusual bright-pink foaming head. It cuts the fatty richness of Bolognese food admirably." 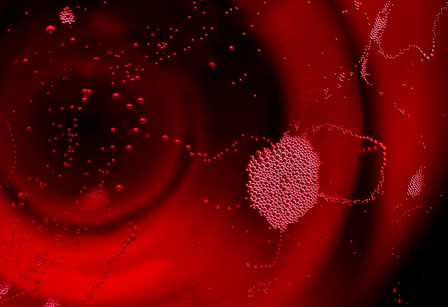 Lambrusco is named for the eponymous red grape variety grown in central Italy. The area, in Emilia, is controlled by a DOC, meaning the vines have to be grown within a specified area for the wine to call itself Lambrusco.

Plantings of this robust grape variety can be found in the picturesque areas of Modena, Parma and Reggionell'Emilia. It's well known as a hard-working grape, yielding plenty of wine per acreage. As for the wine, modern Lambrusco is meant to be drunk young, and is principally produced by co-operatives.

There are four separate DOCS: Lambrusco di Sorbara; Lambrusco Grasparossa di Castelvetro; Lambrusco Reggiano; and Lambrusco Salamino di Santa Croce. While this may seem to be irrelevant red tape, the DOCS can reveal a lot about the flavour of the wine. Lambrusco Sorbara, Grasparossa and Salamino all tend towards a dry or off-dry flavour with pronounced acidity, while Lambrusco Reggiano is sweeter, thanks to the partially fermented must of the ancellotta grape, which DOC rules permit up to a maximum of 15% in the blend.

It was Lambrusco Reggiano that dominated the world's supplies in the 1980s and thus gave everyone the impression that the entire category is sweet. During the late '70s and early '80s a consortium or co-operatives managed to ship 3 million cases of Lambrusco Reggiano each year to America.

Lambrusco Reggiano is still the most-sold variety, followed by Sorbara, Grasparossa and lastly Salamino. Sorbara is considered by many to have more body and depth of flavour while Salamino is the most aromatic of the Lambruscos.

Production nowadays is somewhat of an industrial affair, with the expedient tank method used by most producers. However, there are classic wines being produced by the likes of Francesco Bellei, who regularly pushes the boundaries with Lambrusco Sorbara, varying between lightly sparkling bottles and those that have undergone secondary fermentation, in the same way champagne is made, by adding more yeast into the bottle. 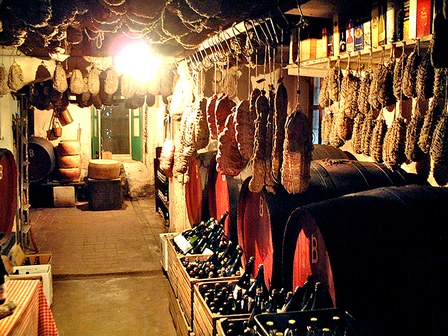 Making a comeback - a conversation with wine expert Ruth Spivey

Ruth has created the wine list for Rotorino, the new southern Italian inspired restaurant and wine bar by Stevie Parle.

Is the sweeter varieties of Lambrusco still saturating the market or are decent Lambruscos emerging? Or have there always been good Lambrusco that the majority of us were, until now, unaware of?

"It's not saturating the market as far as I am concerned - it went out of fashion years ago. You can probably still get the odd bottle of dodgy stuff but the same can be said of any product. Good or 'proper' or authentic Lambrusco has always been around and been made forever but only in recent years has it been easier to source in the UK. I would say most people don't know what the real stuff tastes or looks like."

What flavour profile does a well-made Lambrusco offer?

"There's a whole range from bone dry to off dry and then pale, crisp cranberries/rhubarb to more pungent, ripe dark berries /plums with some tannin and structure."

Where's a good place to start with Lambrusco? Are there any brands you'd recommend us to reach for?

"Anywhere really, although the paler drier styles are perhaps less unusual to a new palate and they have something in common with a sparkling rose. The darker ones have a bit more punch about them, and the first time you try it can be a little surprising to have a chilled sparkling red.

"They are pretty affordable so the best thing would be to buy two of three different ones and try them side by side with a few friends and lots of charcuterie. In terms of brands, Cleto Chiarli make a range of different styles that are very drinkable, we have their Vecchia Modena pale one on at Rotorino and I have been serving it at Street Vin since day one last July. I also like the Paltrinieri range which you can get from the new Passione Vino shop or drink in Lyle's. They make two - both are delicious and have stylish bottles too."

Is it a style you'd recommend for those who prefer red wines, or perhaps a certain style of white wine drinker?

What does it pair well with, cheese or meats?

"It's pretty versatile, particularly the paler ones. The darker more pungent ones are fantastic with meats or stinky cheese."

At what point in the evening would you recommend a Lambrusco, is it dessert-style or aperitif?

"I don't like dictating when people should drink what, as it's all down to personal taste. It makes a refreshing start, a good match with antipasti and pizza and the less pungent ones can even go well with a fruity or chocolate dessert."

Where are the best places in London to enjoy a Lambrusco selection?

"As mentioned I have been serving on at Street Vin and Rotorino since day one of both, as have Lyle's and The Clove Club, both in Shoreditch. Zeren Wilson lists one at Bibo in Putney, and there's some on at Pizza Pilgrims in Soho and Burro e Salvia on Redchurch Street. In Parma in Fitzrovia have a good selection too, which they serve in the traditional ceramic bowls instead of a glass."