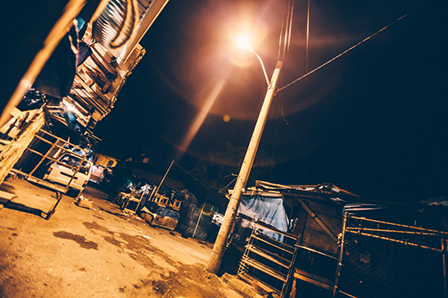 Alcohol advertising is some of the most highly regulated marketing in the world. With such tight restrictions the majority of this industry tries to self-regulate, however there are countries worldwide where some, or all, forms of advertisement for alcohol is banned.

Advertising, when done well, can resonate with an audience for years after the campaign ceases. Beer ads in particular, with their huge budgets, have a way of evoking strong emotions, whether it's a clever twist, humorous puns or tugging on the heartstrings.

But do adverts merely inform our brand choices or do they affect a nation's total alcohol consumption? Governments throughout Asia, Europe and the Americas seek to prevent alcohol brands influencing individual's choice. Known as 'dark markets', these countries are proving the ultimate challenge for companies to promote their products.

Which countries ban what?

Malaysia
Back in 1995 Malaysia banned all alcohol adverting on both radio and billboards. Some adverts can still be shown after 10pm on television but never during Malay-language programmes. Intriguingly, publications in English or other languages can continue to run the ads. The reason? The Malaysian population is a Muslim-majority.

Singapore
Similarly to Malaysia, advertisements for alcohol are not allowed to be shown during Malay-language programmes.

Sri Lanka
Since 2006, Sri Lanka has totally banned all public advertising on alcohol.

Russia
In 2013, Russia prohibited alcohol advertising on television, radio, print, the internet, public transport and billboards, in an attempt to tackle what is being described as the nation's drink problem. (Russian alcohol consumption in 2013 was already double the critical level set by the World Health Organization.) The BBC said of the move "it is likely to hit legitimate producers but not black market liquor traders." Shops and kiosks can still advertise alcohol under the new rules.

Sweden
Sweden is an excellent case of confusion over European laws. The national law bans advertisements for anything but 'class 1' booze, or light beer. Alcohol above 3.5% isn't supposed to be marketed, however, newspapers get away with it thanks to the provisions of an EU directive. The ads themselves have to contain warnings about the potential harm caused by drinking but they still get through, a fact which upsets Swedish jurisdiction.

Norway
While Norway has similar rules to Sweden, low-alcoholic beverages can be advertised but nothing stronger, they are not inside the EU and therefore the national law holds strong.

France
The French laws, as in Sweden, are complicated by the EU directives. However, there are strict rules around advertisement, under public health laws, and while adverts can be placed at sporting events these cannot be broadcast to the wider public watching from home. Since January 2005, producers are allowed to communicate on references relating to quality characteristics and can also include references relating to the labels of origin or to geographical indications.

Turkey
Turkey banned on all advertising of alcohol in May 2014. They also voted to tighten restrictions on sales, meaning it's now illegal to buy liquor between 10pm and 6am or anywhere close to mosques and educational centres. Further more, images of alcoholic drinks on television have to be blurred. This is rather bad news for Diageo, who bought into the Turkish market in 2011, describing the legislation as "surprising and disappointing."

United States
Prohibition may be well and truly over but alcohol companies are nowhere near as free as in the US as they are in the UK. This mostly concerns placement of advertisements, making sure that the majority of viewers are over 21. And each state has their own restrictions, most notably in LA where advertisements are banned on municipal property meaning a ban on billboards, bus stops or anything owned by the public. Philadelphia already operates such a ban and in San Francisco alcohol advertising is not permitted on public transport.

Then there's all those branded trips that bartenders get taken on, which are a little more tricky Stateside. Technically a brand can't pay to take a group of bartenders away. Rather than asking them to put their hands in their own pocket however, an unrelated agency covers the cost as a way to get around the rules.

UAE
Not only in alcohol advertisements banned in the United Arab Emirates but technically drinkers are supposed to have their own personal license to consume booze. And if you follow Islam you can't even apply for such a license. All alcohol must be out of sight unless you are directly seeking it out in a bar.

A reduction in five to eight percent across a national market such as the US or UK could be huge. But the results are inconclusive. Some studies argue that a ban does decrease consumption, others say not at all. Until a truly global study is undertaken, following countries with bans for many years, it's impossible to say. But where brands are really under attack is their potential targeting of young people.

The British Medical Journal has only recently called for "a complete ban on alcohol advertising and sponsorship." The editorial says that such a move is long overdue and would protect Britain's youth. The publication went as far as to suggest that brands were "grooming the next generation."

Imagine growing up in a dark market, where no alcohol adverts reach you. Aged 18 you walk into your first bar and take a look at all the bottles stacked up on the shelves. What do you buy?

The major problem with a ban on alcohol advertisements is that, while they push brands, they also help to educate and inform. By the time most of the population are ready to purchase alcohol they have a basic understanding of aged spirits and un-aged, gin compared to vodka and perhaps even the knowledge that bourbon and Scotch are whiskies, they are quite different.

New players won't enter the market because they'll never be able to drive consumers to their products and so competition is stifled. Take Dubai, where UK bartender Richard Hiddleston worked.

"There are two importers in Dubai who are basically the same people, so there will always be products you can't get hold of. Most customers are led by what they see and the local population are led by the big brands or what their fathers drank. They're certainly less educated and less knowledgeable about what their consuming compared to the expats or Indian population who are very aware of the whiskey blends they like to drink."

But, says Richard, instead of alcohol adverts there is a lot of billboard marketing for non-alcoholic beer and malt-flavoured drinks. This is one way markets with restrictions get around the laws, by advertising their alcohol-free products they get the name of the company out there.

The World Health Organization (WHO) adopted a Framework for Alcohol Policy in 2005. In their five ethical principles this statement is included; "all children and adolescents have the right to grow up in an environment protected from the negative consequences of alcohol consumption and, to the extent possible, from the promotion of alcoholic beverages."

Under EU law, called the 'Audiovisual Media Services Directive', the provisions regarding restrictions on alcohol advertising are laid out in Article 22, saying:
"- it may not be aimed specifically at minors or, in particular, depict minors consuming these beverages;
- it shall not link the consumption of alcohol to enhanced physical performance or to driving;
- it shall not create the impression that the consumption of alcohol contributes towards social or sexual success;

- it shall not claim that alcohol has therapeutic qualities or that it is a stimulant, a sedative or a means of resolving personal conflicts;

- it shall not encourage immoderate consumption of alcohol or present abstinence or moderation in a negative light;

- it shall not place emphasis on high alcoholic content as being a positive quality of the beverages."

According to Ofcom, a media regulator in the UK, children are now seeing more than three alcohol advertisements each week.

And of course we can't forget the challenge in all this; the internet. Unless a country wants to control its citizen's access to the online world then they can hardly completely restrict alcohol advertisement. A French national only has to log on to a UK website and there are all the campaigns that person's government has been protecting them from in the name of their own health.