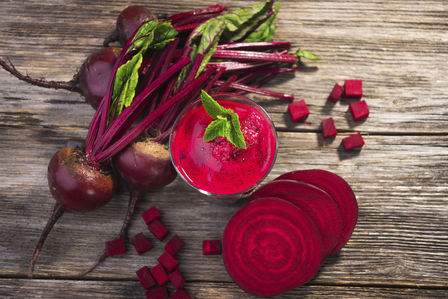 Vegetarians might avoid all forms of meat but alcohol isn't typically an issue; there aren’t many producers who chuck meat into their fermentation tanks after all. But what about vegans? There are many dark corners of the internet which claim ardent vegans can’t touch most forms of booze as they employ animal products to help ferment or filter the liquids. Truth or misunderstanding?

Non-distilled alcohol is far less vegan-friendly than spirits. Distillation produces clear spirits, leaving particles in the bottom of the still but fermented-only products need to be clarified. This is where animal products come into play.

Wine
Wine must be clarified, for two simple reasons. As consumers we drive the trend for perfect products. You see it in fruit and vegetables all the time, perfectly good produce being thrown out because it's too ugly to sell on supermarket shelves. In the same way we don't want cloudy wines; a good white wine should surely be translucent. Secondly, however, leaving certain particles in could taint the wine.

There are two ways to clarify wine, natural or induced. Natural clarification includes the sedimentation of yeast cells at the end of the alcoholic fermentation whereas induced clarification can be achieved by fining, filtration or centrifugation of the wine.

So exactly what is being removed? The most problematic of the debris are tiny particles called colloids, which can't be taken away by filtration alone because these molecules are too small to be retained by the finest of filters.

Colloids are any particles in the wine sized between 2 - 1000 nanometres (equal to one billionth of a metre). Anything below 2nm are simple molecules such as alcohols, sugars and acids; all necessary parts to the wine. Anything above 1000nm will be pieces of grape cell, yeasts and other substances all of which contribute to the cloudiness of the wine. These can be removed by sedimentation or filtration.

So back to the colloids. They can be unstable and potentially make the wine cloudy after filtering and bottling, hence they need to go. Fining does this perfectly. It's also what can add animal products. Fining is a process that has been used in wine production for hundreds of years and works by adding new substances which interact with the colloids. In basic terms the fining agents attract colloids of the opposite charge (positive or negative) and fuse, or flocculate, together. These larger molecule clumps can be removed either by allowing it to settle or by filtration.

Fining agents can also have a positive effect on the wine, such as reducing bitterness, astringency and protein. White wine uses bentonite, gelatine, casein, isinglass, PVPP (polyvinylpolypyrrolidone), milk, carbon and silica sol while red wine will only employ gelatine and egg albumin.

But what is all that? The ones vegans need to worry about is gelatin, a protein extracted from animal bones or hides by boiling; egg albumen, which is produced from the white of chicken's eggs in fresh, frozen or powdered form; casein, the principal protein of milk; carbon, which is derived from burnt animal or plant matter; and isinglass, a protein found in the air bladder of fish.

Now this all sounds incredibly non-vegan-friendly. However, the wines which employ these fining agents (and let's bear in mind not all do and there are cheaper vegan-friendly agents out there) don't actually contain the animal products. They were made with them. There is no fish bladder or burnt animal carbon in your wine. So where each vegan draws the line is up to them.

Beer
The same science applies for beer as it does for wine. The fining agents are added to the fermentation of the grains to clear out any colloids. PVPP plays a special role here though as it successfully removes a haze caused by the tannins in grain husks without taking too much body and flavour out of the beer.

Fortified wines
These are not typically vegan-friendly. To check each one you can turn to a rather useful website www.barnivore.com which has contacted a lot of companies and directly asked them about their products in relation to vegans. As one company which sells an aged tawny port replied "There are two styles of Port: Wood Aged and Bottle Aged. Wood Aged Ports when bottled are filtered with a fining agent not considered suitable for people choosing a vegan diet. Bottled Aged Ports are bottled unfiltered and are therefore considered suitable for people choosing a vegan diet."

This applies across nearly all fortified and aromatised wines, such as UK supermarket chain ASDA's range of vermouth. They told barnivore.com that "...unfortunately all three vermouths are not suitable for vegans or vegetarians due to the fining agents we use (gelatine and Casein).

As previously stated, nearly all spirits are vegan-friendly because they don't need to add finings. However, aged spirits can trip you up here if the whole fining agents completely put you off. This is because some spirits are aged casks which have previously played host to fortified wines that may have undergone fining.

The is also the case of added sugars, the bulk sugar used to sweeten some liqueurs and spirits undergoes a bleaching process that uses bone char. So as long as you stick to non-creamy no-added-sugar un-aged spirits, they will typically be vegan-friendly.

Isinglass: a form of gelatin made from the internal membranes of fish bladders
Gelatin: made from animal skin and bones
Chitin: made from lobster and crab shells
Egg whites or albumen: self explanatory
Bone charcoal: ash from animal bones
Casein: milk protein