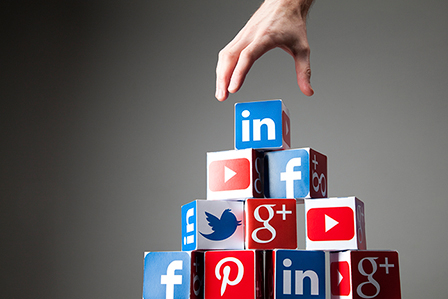 You learn to barback then bartend, free pour and carefully measure, dry shake and throw and finally how to keep up banter with customers when you’ve got three tickets on. Now there’s another skill bartenders need if they want to graduate from bartender to startender, with the opportunity to travel the world, invoicing brands as they go. They need to learn the art of the Facebook status and the Instagram filter.

In an industry which stretches beyond country borders and where a bartender in Hong Kong can be inspired by a drink in New York, staying in touch with strangers across social media platforms has become essential.

Yet, said Calum Brannan, an expert in all things social media from SO ME Academy, most of us get it so wrong. Speaking at Bacardi's inaugural Club de Cantineros held in September 2014, Calum spoke to the bartending community about the importance of social media in their profession and how best to get ahead using Facebook, Twitter, Instagram and Pinterest.

Because social media is about building a career and with competitions such as Bacardi's renowned Legacy asking entrants to promote themselves and their drink across the world, harnessing the powers of social media, this skill has never been so crucial.

Choosing which platforms to spend time on is crucial and, says Calum we don't have to have a presence across them all. Remember the fewer channels you pick, the more time you have to dedicate.

Not all the platforms are obvious either. Think about Linkedin, here you can engage with professionals, from finding a supplier to hunting down a journalist to tell them about your latest drink, cocktail menu or seminar.

Have a vision. It's too easy to simply put posts up without thinking about what you're trying to achieve. Do you want to inspire your followers? Educate them? If you think about your vision then each post becomes easier to structure and has meaning.

The best way to figure this out is to sit down and consider what you want to achieve, who to pitch to and how. Think of the way Alex Kratena from Artesian makes his life look like a whirlwind of travel, brands spending budget on his bar and incredible cocktails. Not once on his social media pages does he complain of work, long hours, setting up and breaking down the bar. You can be sure he does all of this too but it's about showing the world the best bits.

If you want followers to engage with you and share your content further, it needs to be one of four things. Either something that tugs on the heart strings; gives followers the sense that they discovered something; has a practical value and teaches followers; or tells a story.

Whatever you create make it something unique that followers can engage with.

Nowadays we are used to seeing amateur photos before professional ones. When the plane went down on the Hudson River in New York in 2009 the first image that the world saw was from an iPhone of a ferry passenger on his way to rescue the crew on board. Having an image immediately draws follower's attention and engages them. It doesn't have to be complicated, just be creative.

Instagram videos of 15 seconds or less are a great way to engage followers and can be extremely impactful, even when it's only shot from a phone.

-If you want more people to see what you're posting adjust the privacy settings, if you're promoting yourself, a drink or bar then make it public. If it's pictures from your latest holiday make it friends only.

- Use hashtags in the middle of your tweet or the end and don't go crazy. If it doesn't help people find your content then it's taking up space. And you'll often find that when you create long hashtags #youretheonlypersonwhocanreaditcorrectly.

-Craft your Facebook posts separately from Twitter. You're not restricted by 140 characters any more. Don't sync accounts.

-If you start a tweet with @user then Twitter will only show this to people who follow you both. If you want to start a sentence using a handle then place a full stop in front, this way the first character is a . not @ and all your followers can see it.

-Don't be afraid to ask for likes / comments / followers. Ask for what you'd like, nicely of course.

-If people engage with you, follow up, make them feel it was worth their while. Remember social media is a two way street.

... comment(s) for Social media for bartenders