A brief introduction to tea 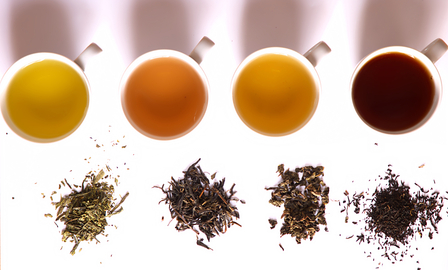 Tea is, after water, the most consumed beverage in the World. From the Far East to the Old West, from Siberia to South Africa, tea is drunk everywhere. Tea is served as a traditional welcome, as a refreshment and as a digestive. Tea is praised for its complexity and respected for its simplicity, tea heals the body and enlightens the mind, but what exactly is tea?

The legend of tea

According to Chinese mythology tea was discovered in 2737 BC by Shen Nung, the second Emperor of China. He was considered the founder of ancient Chinese agriculture and ancient Chinese medicine and a combination of both led to the discovery of tea.

It was his decree that all water should be boiled before drinking. So when the Emperor and his entourage on one of their travels stopped for a rest, he was handed a cup of boiled water. At that moment the wind blew a leaf from a nearby tree into his cup. Being a curious man the Emperor allowed the leaf to steep in his cup for a while and after a few moments he noticed the water's colour changing and a subtle aroma wafting from the cup. When he took a sip he enjoyed a delicate flavour and as he finished the cup he felt new energy and experienced clarity of mind. He ordered the magical tree which grew the leaf be taken to his gardens and thus the cultivation of tea began.

Tea is made from the two leaves and the bud, the youngest leaves of the Camellia Sinensis, the tea bush. It is actually a tree that can reach up to 16 metres if left undisturbed and was originally discovered in an area that overlaps Yunnan, Sichuan and the northern parts of what is now Myanmar. Although there are different categories of tea (being white, green, yellow, oolong, black and Pu-ehr) all tea is made from the Camellia Sinensis. The specific category of tea is created by the way the leaves are treated after the pick. 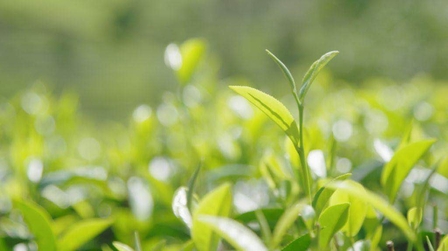 Orthodox tea production always starts with the hand-picking of the leaves. It takes the human eye to select the two leaves and the bud - the youngest leaves that produce the finest quality tea.

When the tea leaves arrive in the factory the process of withering starts. Withering reduces the moisture content of the leaves, so they can be rolled without breaking them. Rolling of the leaves, breaks open the leaf's cell structure allowing a natural oxidation process to start. This enhances the flavour of the tea, turning the leaves from green to brown. Heat is added to stop this oxidation process.

The length of the oxidation time mainly decides which category of tea is produced. White and green tea are considered un-oxidized, oolong tea is semi-oxidized and black tea is fully-oxidized. The following chart explains the different processes.

The last steps in the process are the drying and the grading of the leaves. In the final step the leaves are gathered by leaf size.

While the production process decides the category of tea, the terroir is responsible for the character of the tea. The combination of the soil and climatic conditions (hours of sunshine, temperature and humidity) form the basic elements that produce the specific character of each tea. This obviously means there's a huge variety of teas.

Each plantation produces a unique tea and even different parts of the same plantation can offer diversity. Elevation plays a big part in this. Black tea that grows close to sea level is very often robust and full-bodied with a malty character due to higher temperatures, less rain and a sandy soil. High-grown black teas from mountainous areas are often light, grassy, floral or herbal due to moderate temperature, more rain, cloud-filtered sunlight and clay soil.

... comment(s) for A brief introduction to tea