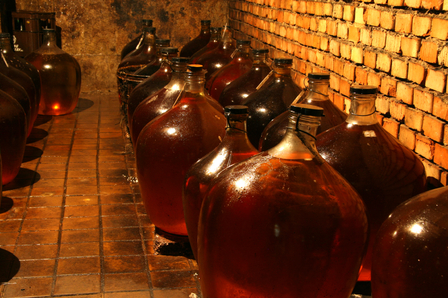 Marsala is a sweet, amber coloured fortified wine which takes its name from its home, the port of Marsala in Sicily, Italy.

The island of Sicily lies southwest of the Italian mainland, separated by the Straits of Messina, and owes its name to its first inhabitants, the Sicily, who were of Asian origin. Sicily is famous for the mafia, the volcano Mount Etna and its ancient Greek remains: in the ancient world, it was renowned as a source of fine wines.

Marsala comes in three different colours:
• Ambra = amber
• Rubino = a new and rare style, means ruby and must be made from red grapes.
• Oro = golden and an oro Marsala cannot be sweetened with mosto cotto. Any colour can come in any style.

How is marsala made?

Marsala is made from a blend of wines - usually from three local grape varieties (Grillo, Cataratto and Inzolia). The blend is fortified with neutral grape brandy then sweetened, either with boiled down must (mosto cotto) or with grape juice whose fermentation has been stopped with spirit (mistela). Older Marsala is aged using the Solera system. Marsala production is strictly controlled by the Italian government controlled DOC (Denominazione di Origine Controllata), which determines the areas in which it can be made. 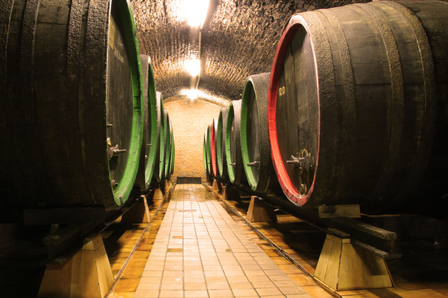 Marsala was first made in 1773 by a Liverpool merchant, John Woodhouse, who settled in the port of Marsala and began fortifying the local wine in an attempt to emulate Sherry. But it was Admiral Horatio Nelson who popularised it. His victuallers bought Marsala as an alternative to rum for the Navy's Mediterranean fleet before the battle of the Nile in 1798.

Nelson was given a vineyard in Marsala by the King of the Two Sicilies in thanks for his protection from Napoleon, and persuaded the British Admiralty that his Marsala should be used to toast victories. Ironically, it was this Marsala that British sailors were drinking to the victory at Trafalgar in 1805 as Nelson lay dying on H.M.S Victory.

In 1812, another Englishman, Benjamin Ingham, settled in Sicily and set up a rival house producing Marsala. Ingham greatly improved the island's viticulture.