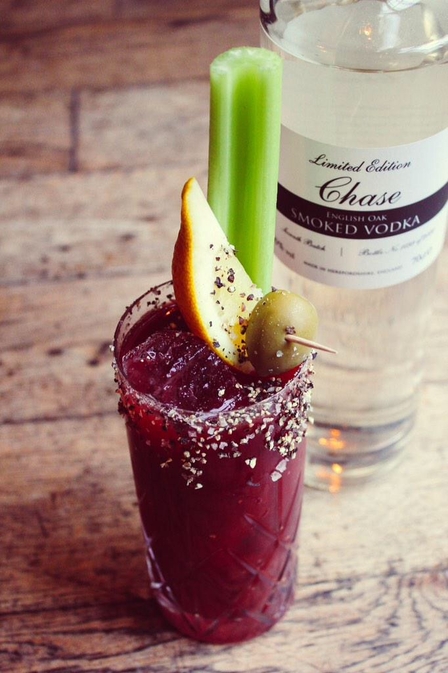 Back in March the folks at the Chase Distillery invited us all to try something new – a Bloody Mary made with their Chase Smoked Vodka. The competition proved that smoked flavours work brilliantly in Bloody Marys.

They received 100s of entries from both bartenders and consumers alike and I recently joined James Chase and David Gerrans, Bar Manager of the Whip in London's Mayfair to judge the Smoky Mary recipes entered by the trade.

We accessed the Smoky Mary recipes entered for originality, taste and presentation (competitors submitted photographs of their drinks). After a lot of sipping on Bloody Marys and discussion we concluded that the best drink was the Breakfast in Blenheim by Marcus Heale at The Churchill Bar & Terrace, the Hyatt Regency Hotel on London's Portman Square. Marcus' drink is now being served at The Churchill should you want to try it. 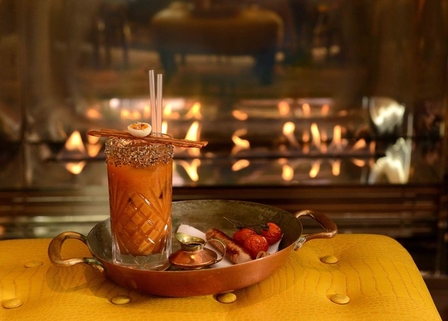 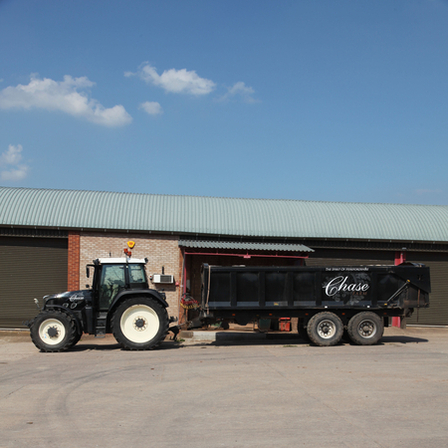 The prize
Marcus has won a VIP trip to the Chase Distillery and farm, in the heart of the beautiful Herefordshire countryside. He will stay at the Verzon hotel enjoying the hospitality of the Chase family. He'll receive a special 'behind the scenes' tour of the Chase Distillery and see how the award winning Chase gins and vodkas are made. He'll also receive a Jeroboam of Chase Vodka and Williams Elegant Gin worth over £300.

We also very much liked the Super Mary by Nick Lewis of London's Be At One.

Chase Smoked Vodka was the first limited edition ever created by the Chase Distillery, inspired by some particularly fine salmon the Head Distiller tried at a local food fair.

To make it, water is sent from a borehole to a local smoke house (apparently, vodka was tried instead of water but it evaporated!), and this is then blended with 96.6% Chase Vodka.

The guys at Chase say "We're huge fans of this spirit and the way it transforms a Bloody Mary, which is the way we'd absolutely recommend serving it." 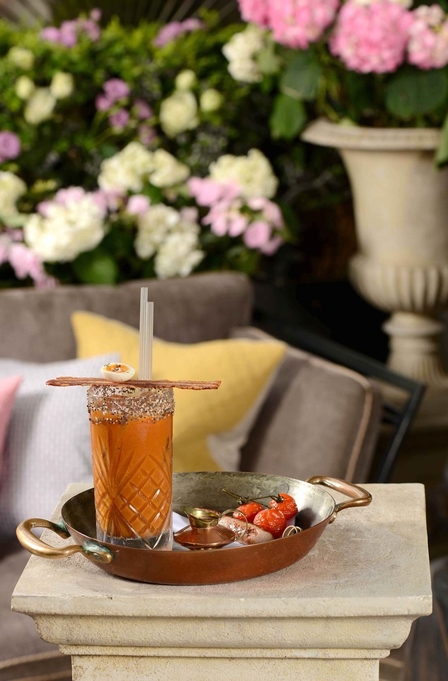 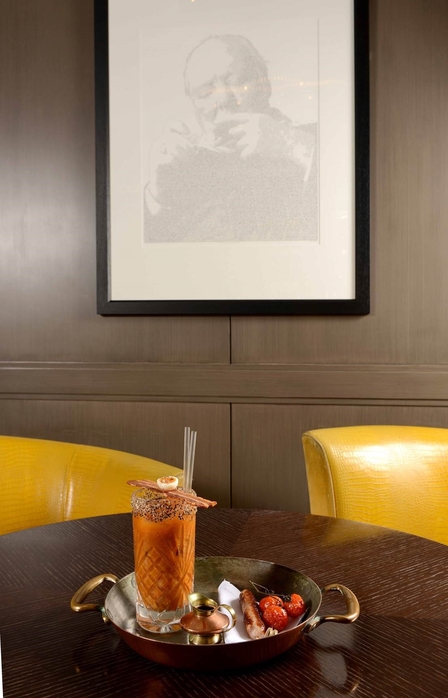