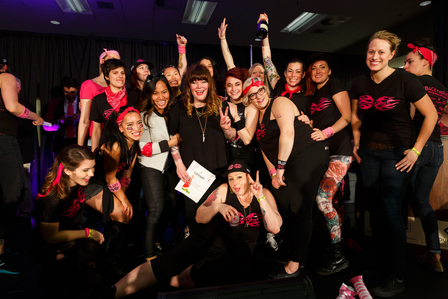 There were tears, cheers and, according to judge Dale DeGroff one of the best rounds in Speed Rack history, at the event’s inaugural Canadian contest which took place at the Eat! Vancouver festival. 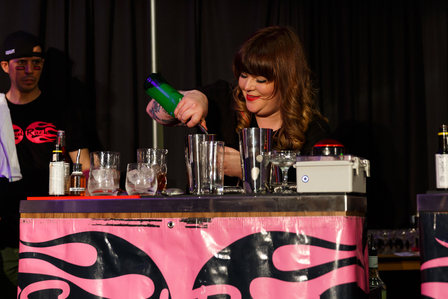 Crowned Speed Rack Queen of Canada, Veronica Saye from Food & Liquor in Toronto won with a dazzling 2'56 round, against fellow Torontonian bartender, Juliana Wolkowski from Bar Ravel who clocked in 3'02 - both clocking up just five additional seconds each in time penalties. "I'm very excited," Saye beamed after winning. "Tomorrow it will sink in, right now it all feels kind of surreal. I had fake eyelashes on and I was hugged so much and had champagne poured over my face that they came off. I pulled 'em off and threw 'em to the wind." Speaking about her strategy for the contest, Saye said, "I wasn't going to concentrate on speed, I wanted to concentrate on accuracy and being the very best bartender that I could be, but it could have been any one of us, there was so much talent up there."

Bartenders were matched against each other in a fast-paced speed trial mixing a drink for each of the judges, DeGroff, Jennifer English (James Beard award-winning founder of Food & Wine Radio Network), Wendy McGuinness (Bar Manager, Chambar Restaurant) and David Wolowidnyk (Bar Manager, Cin-Cin Ristorante). "It's one of the coolest formats," said Wolowidnyk. "We're encouraged to be honest, oftentimes as judges we're asked to be diplomatic and reflect that in the score, but in Speed Rack we can be honest because these women can take it. They are badass chicks." 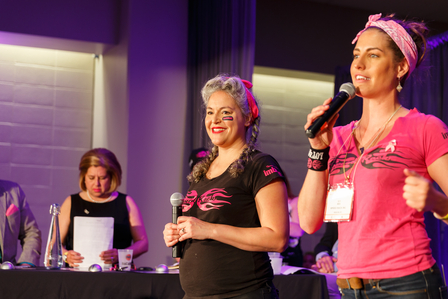 Speed Rack creators Ivy Mix and Lynnette Marrero cheer-led a whooping crowd who raised a total of $5,000 for Canadian Breast Cancer Foundation, BC/Yukon Region. "The ladies of Canada bought so much camaraderie and sharing," enthused Marrero. "There was such a harmony on stage, it was great to see. Canada has a growing cocktail scene that has so much young talent that's poised to take it to higher heights." Mix agreed, "I'm not going to say my expectations were low, not by any means, but my expectations have been so far reached, it was fantastic. It's not every day that we get to have a round like the final. I feel so fulfilled we did this here."

Speaking after being knocked out by Saye in the third round, Vancouver's West Restaurant bar manager Sabrine Dhaliwal confessed ruefully, "It's tough up there, you're in the zone and you don't really notice what's going on around you, you're just focused on getting all your ingredients into the right vessel to make the best cocktail as quickly as possible. That being said, it's not your home bar, you're reaching for things that are not there. It's an awesome event, it's a competition but it's for such a good cause, you just throw that aside. It's about raising awareness for breast cancer and showcasing how badass women bartenders can be. There's some tough chicks up there and I would be honoured to sit at their bar every night and have their cocktails." 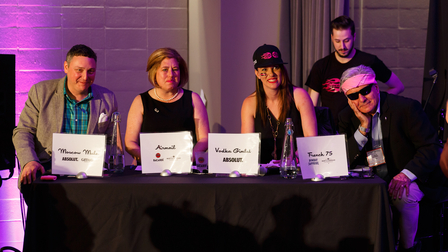 Last word goes to Dale DeGroff who judged whilst sporting a pink bandana and shades, "I've judged Speed Rack many many times, I love it: the strongest, most creative women I've met are here, but this was the best yet."

Difford's Guide would like to thank our writer, Nikki, who has donated 50% of her fee to the Speed Rack cause. We've matched her gesture with our donation. Cheers.

Speed Rack comes to Canada for the first time with the finals being held in Vancouver on May 2nd at BC Place as part of the EAT! Vancouver festival. Celebrity judges include Dale DeGroff and Jennifer English.

We spoke to Danielle Tatarin, Beverage Director and GM of Vancouver's Keefer Bar, and co-organiser of the event alongside Bittered Sling's Lauren Mote, to find out more. 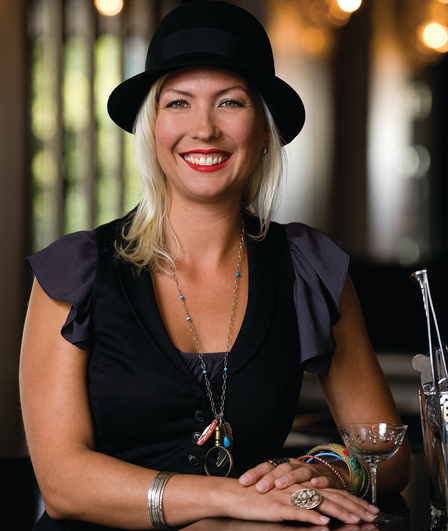 What was the inspiration to bring Speed Rack to Canada?
We wanted to show how badass Canadian girls are! We'd heard about it online, but Lauren and myself met Ivy and Lynette at Tales and started to discuss how to make it happen. In 2014 I went down to compete in Seattle with a couple of others from Vancouver and two of us made it to the finals. Competing on that stage was an amazing experience, just to see the level of skill from those girls on the West Coast. It was a super fun event and it had more of a community feel than a contest feel - just a lot of awesome girls getting together and pushing each other to be better, that was absolutely my highlight. After that we were all gung ho about getting it to Canada.

What kind of response did you get from Canadian bartenders?
We had a great response, as soon as we posted online we were getting messages from girls across the country asking how they could be part of it and from guys asking how they could help out. We went to Toronto to do an information session and 40 people turned up - girls and guys - all super enthusiastic and excited about being involved. It was great to see junior bartenders and veterans alike wanting to take part. We've now got nine girls from across Alberta, Ontario and Quebec that we're flying in and nine from BC to compete.

What can Canada bring to Speed Rack?
Canadian girls are fast: they have skills, and they are passionate about what they do, and about raising the bar for what's really a minority in the industry. Girls are always outnumbered in this industry, so bringing women together and having the focus on them, instead of having one girl amongst ten guys in a competition, really encourages growth and community. As well as raising money for an awesome cause it helps women bartenders meet others from across the country and it can really open their eyes to what they can do beyond bartending - to maybe another part of the spirits industry - that wasn't even thought of as an option.

What can the audience expect?
It's an amazing fast paced contest, it's for a really great cause and there'll be plenty of cocktails served at different stations from all our great sponsors! You'll also get a ticket to EAT Vancouver and 100% of the price goes to the BC & Yukon breast cancer foundation, we're aiming to raise $10,000 so we need people to buy tickets now. [http://eat-vancouver.com/speed-rack-canada-national-finals/]