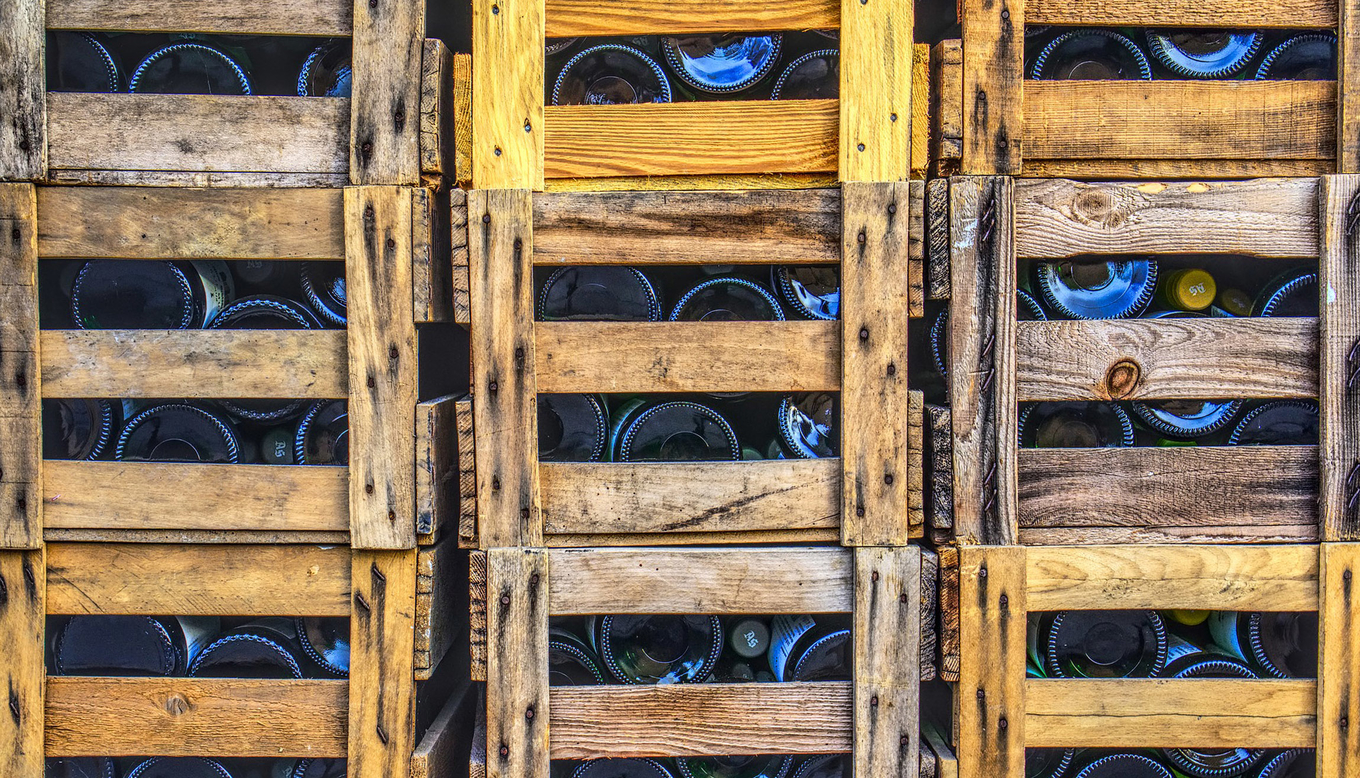 How is champagne made?

Champagne is predominantly made from red grapes, so to produce a white wine the grapes must be handled very carefully to avoid the black skins from tinting the wine. Thus picking is by hand and pressing takes place soon after picking.

Dom Pérignon designed a circular vertical press specifically designed to gently press the grapes and avoid the black skins tinting the white wine. There are strict regulations as to how much juice can be squeezed from a given weight of grapes.

Fermentation takes place either in wood, or now most usually, in stainless steel. The next stage is known as 'assemblage'. This is the blending of different wines from different vintages, pressings, grapes and villages to achieve a consistent house style (except vintage bottlings which must be made from wines of the same vintage).

After blending and prior to, or during, bottling a small amount of 'liqueur de tirage' is added. This is a mixture of wine, sugar and yeast. The bottle is sealed with a temporary crown cork and laid to rest in horizontal position in one of Champagne's miles of chalky tunnels. When the yeast starts acting on the sugar, a second fermentation starts, which increases the alcohol content of the wine and produces carbon dioxide. This gas (CO2) is unable to escape and so dissolves into the wine, creating champagne's effervescence.

The second fermentation in the bottle leaves dead yeast cells which eventually break down and interact with the wine, adding a distinctive flavour. These dead yeast cells are known as 'lees' and the length of time a champagne has spent on its lees greatly affects the quality of the final product.

The next stage is known as 'remuage' (riddling): here the sediment is worked from the side of the bottle down to its neck. This is achieved by gradually altering the position of the bottle from horizontal to near vertical with its neck facing downward. As the angle of the bottle is changed it is turned so that gravity gradually forces the yeast particles down the bottle towards the neck. This process was developed by an employee of Madame Veuve Clicquot, Champagne's famous widow.

The dead yeast cells must now be removed from the neck of the bottle and the cork replaced without losing too much of the wine or its dissolved gas. This is known as 'dégorgement' (disgorging) and is achieved by dipping the bottle into a frozen brine solution which freezes the yeast particles together to form an ice plug. The temporary bottle cap is removed, allowing the pressure within the bottle to force out the plug, so removing the dead yeast cells.

Inevitably a little wine is lost from the bottle during this process and the level in each bottle is topped up with a mixture of wine and cane sugar, known as the 'liqueur d'expedition'. The amount of sugar used is dependent on the required sweetness (or dryness) of the finished champagne. This part of the champagne process is known as 'dosage'.

Early champagne makers would lose as much as half of their production due to exploding champagne as even the especially made strong bottles could not withstand the tremendous pressures which developed inside. A young pharmacist called André François developed a formula which allowed wine makers to measure the exact amount of sugar needed to induce secondary fermentation in the bottle but not so much that it would become explosive.

The processes of dégorgement' and dosage, along with the final cork being driven into the bottle, are carried out at some speed. Before being driven into the bottle, champagne corks are cylindrical, and several times the diameter of the bottle neck they are to seal. The characteristic mushroom shape of champagne corks is only acquired after corking. For the bottle to be labelled champagne, the cork must also have the word champagne stamped onto it. A wire muzzle is added for extra security and secured to the neck by six twists of the wire before a foil capsule is applied neck to finish the top of the bottle.

The deep foil skirt common to champagnes and other sparkling wines originates from before the practice of topping the bottles up after dégorgement. The foil capsule stretching down over the bottles shoulder disguised the wide gap between the wine and the cork.