In 2013, Charles was voted American Bartender of the Year at the Tales of the Cocktail Spirited Awards and the same year also won a James Beard award. He was crowned winner of Diageo's World Class competition in July 2014 and the following is from when we caught up with him immediately that win. He has since left The Avery and established his own very successful RTD cocktail line, Crafthouse Cocktails.

I've been doing this for a long time. I must have come up with some 500 original drinks, but now I work at a very different venue. My approach at The Aviary is obviously different to what it was at the Drawing Room.

Something I love to make which is simple is a mezcal Corpse Reviver that we called Los Muertos. I don't make my Corpse Reviver to classic specs, in fact I don't make a lot of my classic cocktails to spec, I find they're unbalanced so I tinker with a lot of stuff. I think the Blood & Sand is a muddy cocktail that needs a tiny bit of lemon and I usually double the scotch.

The very first cocktail I ever won a competition with, when I was just starting out, and which I haven't made in forever, was called The Nooner. I don't even know if it's a good cocktail any more, it's been so long since I made one, but it was very popular at the Drawing Room. It's simply bourbon, ginger liqueur, a little bit of maple syrup, freshly grated ginger and orange bitters.

It was just straight forward and if drinks are going to have endurance in the cocktail world then they need to be easily replicable, something like a Penicillin which probably has the best traction of a modern cocktail.

I took the Academy of Fine Spirits and Service, which is a class my mentor, Bridget Albert, started in Chicago. She came from Vegas, having worked under Tony Abou-Ganim there. It was a labour of love for her, it's a 12 week course, every week we would study a different spirit category or wine or beer and she would bring in experts who specialise in this all over the world and at the end you have the test and a cocktail competition. So that started the bug for me.

I pull out this cocktail called The Affiliate every once in a while, I've played with it and brought it back in this competition during the speed round, but The Affiliate originally was aged rum, sherry, Cherry Heering, Angostura and Angostura orange. 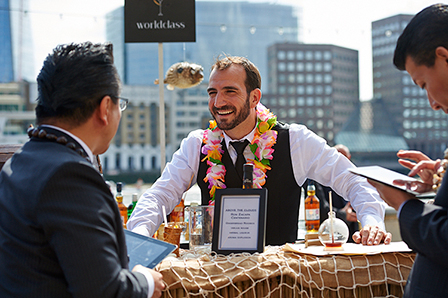 One that I made at World Class was Above the Clouds using dry ice. It's pretty beautiful visually as I got glass sphere vessels from a design company. It's a simple cocktail with four ingredients; aged rum (Zacapa), Benedictine, rooibos tea from Rare Tea Cellars and verjus rouge. The ingredients are combined, heated, poured into sphere and I drop dry ice in to it and put the top on. The glass is designed to force out a stream of vapour for aromatic purposes. You can really smell the vanilla and smoky notes combining.

I've been very lucky in my experiences, the reason I've seen the world is because of my job which is one of the best parts to this industry. Most countries have a unique spirit and most often the production of that is surrounded by truly amazing people.

One of my favourite trips was to Jerez, it was incredible. I now use so much sherry in cocktails. The Spanish there have really mastered the art of living. It makes you want to pick up your passport, grab your guitar, drink sherry, eat and sleep.

Firey Oaxaca was magic and it really is mind blowing that they manage to get mezcal out of that place and are all over the world now. The distilleries are mostly corrugated tin roves held up by logs, there's no power or if there is it's the radio running off a car battery for the guys to listen to, the stills are all wood-fired, it is truly ridiculous that any of the gets out of there and I hope it's never ruined because it's an incredible place.

Scotland, particularly the highlands, looks like a movie scene. Hollywood couldn't have put it together better than that. Magical is the right word, it's as if a leprechaun riding a unicorn is going to come round the corner. And Scotch never tasted better.

Then there's Martinique, talk about a gorgeous island, that unbelievable back drop and interesting rums.

I'm often asked what my favourite cocktail is and I always give the same answer - it depends on my mood. I think like a lot of bartenders I don't drink a ton of cocktails when I'm not working, sadly I don't have too much time to go out. 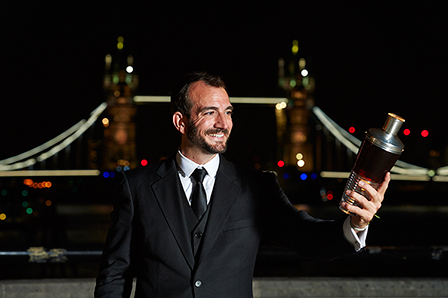 If I'm in the mood from something brown and stirred I'll always reach for a Vieux Carre. I love a Manhattan but for me the Vieux Carre is more interesting, with added depth and complexity. The three ingredient daiquiri, perfectly balanced, is another favourite and I'll happily drink mezcal Corpse Revivers all night.

My Daiquiri recipe depends but mostly 2 oz rum, 1 oz lime, 3/4 oz simple syrup is where I go. Otherwise I sip a lot of old rum on ice, just a couple of cubes and I love sherry. I guess I'm all over the place, an equal opportunity imbiber.

I'd love to take our craft and share it with as many people as possible, that's my one plan for the future. I've shot pitches for shows that would shine light on what we do, that certainly would be amazing if it got off the ground. There hasn't really been a cocktail show that captured the audiences yet. I suppose beverage not yet on the same level as cooking. But for now I'm fully committed at The Avairy and with my own range of bottled cocktails. I also want to expand my reach and my knowledge and just spread the good word, spirits and cocktails.

I think our industry is on the cusp of breaking out to consumers. Even the fact that major food chains are putting fresh Margaritas on the menu is a sign of the change. It means people can differentiate from the awful stuff they were served before. The more people who ask for it, the business will give it to them.

You can see the timeline evolving as people are learning how to eat again. A lot of this goes back to WWII when we learned how to preserve things. The palate was crushed afterwards, bland processed foods like spam and wonder bread came out. Now if you look back even ten years ago, chefs starting talking about seasonality. Wine followed that, before you would have four to six options on a menu, two white, two red. Then came the craft beer rise and now here we are. Inevitably we'll take the same path.

"The Singapore Sling has stood the test of time and is an enduring classic. Made with the best ingredients & attention to balance, it's future is even brighter.” 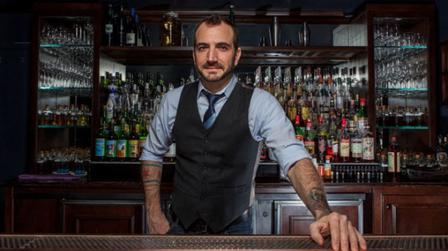 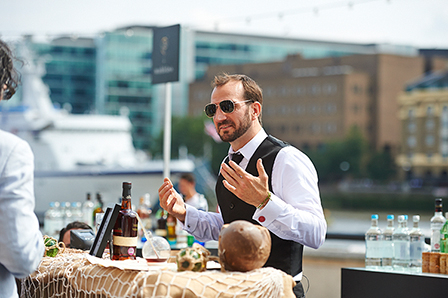 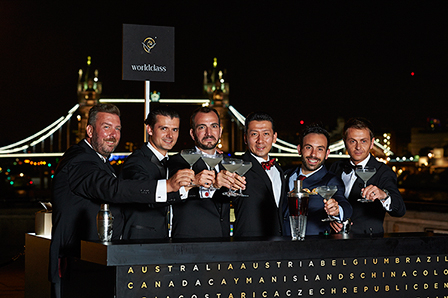 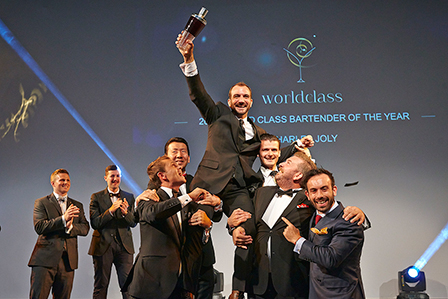 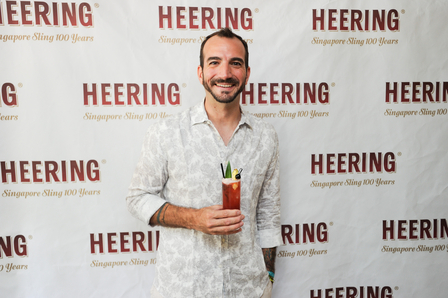 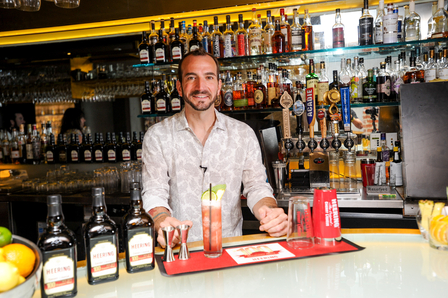