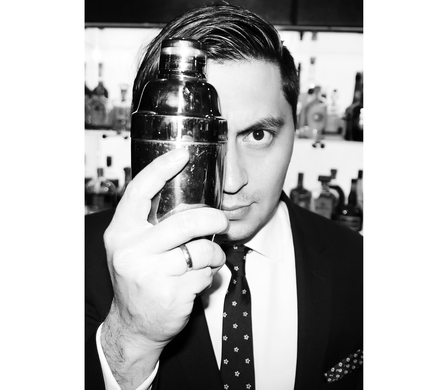 “My vision is that bartenders will remove their rose-tinted glasses and obliterate their own egos,” says Bek Narzi, co-owner of London’s Pachamama Group. “We must reach an equilibrium where we all bring something of equal value to the table and boundaries are broken once and for all.”

A seasoned entrepreneur, who’s now opened four bars and restaurants including Pachamama Bar + Kitchen and Chicama, Narzi is keen to share his knowledge. “In this world it’s about being a giver, not a receiver. I once had a huge ego and I learnt that ultimately it was the very thing that held me back the most. I believe in word of mouth and letting your hard work and success speak for itself,” he says.

From London to Moscow

Since Narzi got his start in the industry washing dishes, he’s progressed from bartender, to head bartender, to restaurant-bar owner. It’s an accomplishment many bartenders dream of. He mastered the bar at Milk & Honey, Hush, The Met Bar and Harvey Nicholls before an opportunity in Russia came calling.

Born in the Soviet Union but raised in the UK, Narzi is perhaps best known for his work in Russia. During Narzi’s lead at City Space Bar in Swissotel in Moscow, the bar ranked in the World’s 50 Best Bars in 2011. Narzi later founded the Moscow Bar Show, now one of the leading events in the Russian hospitality industry drawing speakers of the calibre of Trash Tiki and Philip Duff.

Whilst in Russia, Narzi also developed a TV show called Prime Time Cocktail. “Achieving a regular prime-time television slot after the Russian news allowed me to showcase international bar talent,” explains Narzi. “I did this 12 years ago now and put many now famous faces from the industry on television purely to show their bartending skills to the world.”

Narzi is proud to have helped support the careers of others in the industry. “Digital marketing is such a powerful tool and television is one of the greatest examples of this, even in these changing times,” he observes.

Yet, the environment posed a problem to Narzi’s ideals. He found existing industry communities “stuffy”, and riddled with “outdated, old-school” rules and regulations. Digital helped him not only achieve success but even to win over sections of the community.

From Russia with Love

It wasn’t so much the challenges of the Russian bar scene as a desire to return home to join his brother that brought him to London in 2014. Narzi, along with his brother and mother, founded the Pachamama Group now comprising four London venues with a new opening, Yiu Fat Noodle, in summer 2019.

Narzi counts his restaurant chain as one of the proudest moments of his career. Narzi attributes his success to innovation, guest experience, continual improvement, a strong team and maintaining the art of zen. Key to the business is: “an extremely creative team—instead of mediocre workhorses that don’t really give a flying fig about their careers or personal growth”.

While eager for his staff to demonstrate their inner creative flair and spirit, Narzi is also quite the methodical manager. “I create very effective systems, which help to manage people by helping them to help themselves, which is an incredibly powerful tool; the system manages the people and I manage the system,” Narzi explains.

“I am a firm believer in putting aces in their places and instead of telling people what they should do. I ask them what they want to do and put them in positions where they play upon their strengths and subconsciously learn to imperceptibly improve upon their weaknesses.”

What does an entrepreneur mean to Narzi? “I am constantly sharing all that I have learnt, all that I have, and all that I hope to achieve for myself with everyone that make up this highly creative community,” says Narzi. “I am by nature a true philanthropist and I promised myself long ago, after breaking my own ego, that I would never stop helping and encouraging others. I believe that this is what being a true bar entrepreneur is ultimately all about.”

And it’s that strong sense of diligence, and Narzi’s tenacity to help others, which shines through. “When I was younger I felt (somewhat foolishly in retrospect) that it would be a reasonably easy business to get into and succeed in. To some extents, I understand that opening a venue is a fairly simple process, but it is keeping it open that is where the real science lies,” explains Narzi. “Guest satisfaction is everything, and as much of a platitude as it may be, it is one that we must adhere to.”

For Narzi, the art of the bar entrepreneur lies in playing by the rules but knowing when to break them. We’re wishing him the best of luck as he joins ten other finalists in Cuba this summer where the Havana Club Bar Entrepreneur of the Year will be announced.