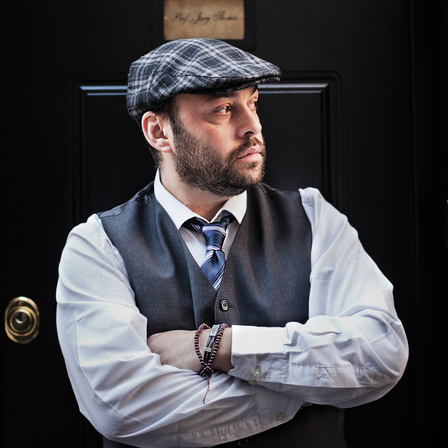 Like a lot of Italians, Leonardo Leuci started bartending young. Perhaps not quite as young as Salvatore Calabrese, who was working in a hotel bar aged just 11, but he wasn’t far into his teens before he was working his first holiday job. “It was the classic neighbourhood bar, where you do almost everything,” he recalls. “You start with coffee in the morning, then there’s ice creams, then easy aperitivo during aperitivo time: the 1990s in Italy was not a big period for craft cocktails.”

Today, of course, Leuci is one of Italy’s most respected bartenders, fronting his own Masterchef-style TV show, Mixologist, co-owner of the nation’s best-regarded bar, the Jerry Thomas Project, and proud promoter of their very own vermouth, Vermouth del Professore, not to mention speaking at bar events across Europe and beyond.

One thing that helped professionalise him? Cuba, with its storied cantineros and Prohibition glories. “For me as a young bartender it was the first time that I really saw bartenders who had a seniority, were a bit of a star,” Leuci says. “In Italy, the seniority of the bartender was really low: nobody considered the bartender as a star in Italy in the 1990s, because for most people you start to bartend because you don’t want to go to school.”

Throughout his five years at university, Leuci, who speaks Spanish and French as well as Italian and English, worked as a bartender for the French-owned resort chain, Club Med. Once he finished, chronic wanderlust took him off to the Caribbean – Martinique, Mexico, Saint Lucia, and Cuba, once again. Stranded out in the resort town of Varadero, he and his mates rented an apartment in Havana to discover the real Cuba on their days off.

“To go to Cuba and be behind the bar with pictures of these 60- or 70-year-old bartenders, it was fascinating for me,” Leuci says. “I was reading a lot of different novels, Hemingway and so on, and afterwards in my mind there was a connection: these were people that make the history, that made history in the past, and are still making it now.”

The bar scene in 1999-2000 was hardly stellar in most of Europe, and in Italy, too, the Planet Hollywood / TGI Friday’s / Hard Rock Café brand of Americana ruled. “When I arrived in Cuba, my style of bartending was really based on the American bar style of the 1990s – that Tom Cruise style,” Leuci recalls. “When I went back, I wanted to be a classic bartender: the guy that takes his time to make his drinks, takes care of the ingredients, uses the very nice cocktail glasses…”

Back home in Rome, Leuci found projects that would enable him to fulfil this dream, including a gig as bar manager of Supperclub Rome, the Italian launch of the Amsterdam icon. “This was my first step to another level of bartending, with style and a big budget,” he says. “It was a huge, huge concept with a crazy budget, so for me it was a big theatre. I also started to travel, to go to Amsterdam for training, so that international point of view was also a really big step for me.”

Condé Nast declared Supperclub Rome the best bar in the world during its first year of operations and, inside 18 months, Leuci was off again. “For me, travel was the most important thing,” he says.

He worked in Turkey, France and Greece, then took a job with Diageo as ambassador for Italy. “It was just for one year: after one year in Diageo, I started to understand I didn’t like it, I didn’t want to be a corporate employee,” he says. Come 2006, he headed back to the Caribbean to open a seven-star resort in the Turks and Caicos Islands.

Was opening the Jerry Thomas Project part of a deliberate decision to move home, put down roots, and stop travelling, I ask? Leuci laughs. “No! I miss it!” he says. “If I could come back, I’d travel all my life, but now it’s too late.”

There was, in fact, absolutely nothing strategic or even particularly considered about opening the bar that became the Jerry Thomas Project. One night, before Christmas 2009, Leuci went out for a drink with Roberto Artusio and Antonio Parlapiano: Artusio was working at Sketch, in London, Parlapiano was based in Scandinavia, and Leuci had to go back to Turkey for Christmas. They found themselves at a tiny late-night joint, drinking a 5am beer.

Leuci was far from convinced. “I said, ‘WHAT? What kind of bar can you open in a 45-square-metre bar in an alley in the centre of Rome, without lights,” he recalls. Two days later, ignoring everything Leuci had learned in his business degree, the trio had agreed to buy the place, spending every cent they could scrape together (€30,000) to get the license and the lease.

For months, the site sat empty because they didn’t have any money left and had to work other jobs to get it. “During the day, we’d go to the bar and start to build the bar,” Leuci recalls. “For the first Jerry Thomas, everything was made by us: we did 100% of the work inside, painting, building the bar, cutting the wood.”

Even once they managed to open, in April 2010, they still needed to keep their other jobs. “We’d close our bars at 12 or 1am, then we’d go to Jerry Thomas, open the bar at 2 in the night and work until 7 in the morning,” Leuci says. “For the first year of opening it was like that: 20 hours of working every single day.”

By 2011, they had enough money to fit out the interior properly, and the Jerry Thomas Project finally took off: in 2013, it made its first appearance in the prestigious World’s 50 Best Bars list.

It was with the opening of Jerry Thomas that Leuci started his research into Italian cocktail culture. “In every single country, there was an old style coming back: real tequila, authentic Jerry Thomas drinks, authentic spirits from the past, so I started to say: if this is happening in France, in the US, in Mexico, why can’t it happen in Italy?” he explains.

For, despite the success of Italian bartenders like Calabrese, Peter Dorelli and Gilberto Preti on the London hotel bar scene, there wasn’t much known about Italy’s bartending heritage. Mauro Lotti, head bartender at Rome’s Grand Hotel during the city’s glory decades, was the major icon. “He’s the man that lived in the era where every single bartender wants to live, when Rome was the capital of la dolce vita, the cultural capital of the world, when Americans came to Rome to make their movies at Cinecittà,” Leuci says. “He represents for us an arrival point.”

And the Italian bartending tradition, Leuci says, is truly unique. He attributes it partly to Italian hospitality, which starts at home with enormous Sunday lunches, and partly to an unusual palate: even Italian children enjoy bitter flavours, such as the bitter orange soda, Chinotto. “Now Fernet is really trendy, but if you give a shot of Fernet to an English person 15 years ago, he’ll hit you because he thinks you want to kill him,” Leuci says. “English people didn’t know about bitterness for a long time, but for us it’s normal: we grow with the bitter taste in our mouths.”

Italian mixed drinks, Leuci says, also fall outside the normal global run of cocktail traditions. “If you take a look at the history of mixing drinks, all around the world, all the drinks are based on two different categories: the punch and the cocktail,” he says. “In Italy, since the 1920s, 1930s, we only drink Italian stuff: wine, bitters, amaro, vermouth. If you look at the classic Italian drinks, like the Americano, this is just a mix of two typically Italian things: it’s a very local style.”

As such, the Jerry Thomas Project launched their own vermouth, Vermouth del Professore, to try and recreate the traditional vermouths used in early drinks. It’s now exported to 14 countries, and it’s here, along with big brand collaborations, bar shows and TV, that Leuci spends much of his time.

While Leuci is less involved in the day-to-day running of the Jerry Thomas Project nowadays than he was during that first brutal year, it maintains the late-night ethos that evolved out of necessity when it first launched: doors open at 10, with last call at 5am. “The idea was to have a speakeasy that also works really in the night,” Leuci says. “It’s funny for me if you have a speakeasy that closes at 12 or 1, because this is the moment when speakeasies have to open.”

And, for someone who loves living late, that 5am witching hour still has its charm. “It’s really interesting to have a couple of good drinks, go out and the sun is coming up,” Leuci says. “It has a magic.”