This spot, in the most fashionable street of the 10th arrondissement, is not easy to find, its facade is hidden by being plastered with music posters. Inside, the decoration follows the same theme: a mix of strange, rock and roll and design decor signed by the Cut Architectures: the gold curtain style Courrège, raw wall, ceiling made with cork plates and sweet light.

The concept, of Le Syndicat, created a good buzz before its opening in 2014. The team Romain Le Mouellic and the famous bartender Sullivan Doh is one of the first to put back in front of the scene high quality French alcohols and claims for l'organisation de défense des spiritueux français. A trend that begins very popular in Paris and others cities in France. Sullivan is looking for unknown French spirits: calvados, whisky, liquors, absinth... For the winter menu, the mixology geek can discover in their drinks: the spirit 30/40 (between calvados and pommeau of Normandie), whisky Bellevoye, a tripple malt, or Dame de Pic (sloe liquor), sapin liquor of Dolin.... and other alcoholic surprises.

The cocktails list is divided in three sections: Flight (degustation of French old liquors and eaux-de-vie), Syndicat Classiques (classic cocktails revisited with French spirits) and Insane Saint Denis style (creations with French spirits). All cocktails are presented in vintage glasses and Sullivan always adds an original touch. A good example is his Mad in France, a drink in the colours of the French Tricolour: blue, white and red.

Other particularity of Le Syndicat is the use of sophisticated techniques for its cocktails, such as smoking, emulsions with soja lecithine, siphons and dehydration. 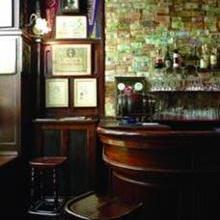 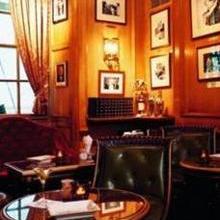 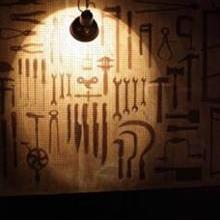 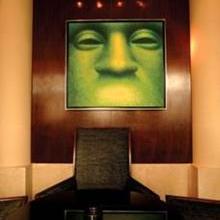