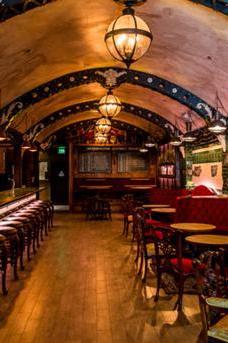 Martin like his bars to have a narrative and Whitechapel imagines a London tube station abandoned in 1890, rediscovered and turned in secret gin clubhouse. Whitechapel boasts three distinctive areas: the Distillery and the Victorian Gin Palace with the main area, The Platform, interlinking the other two and housing the oxidized patina bar counter.

What was previously a nightclub has been made to look like a tube station complete with barrel-vaulted ceiling and riveted buttresses. The attention to detail includes salvaged Victorian plasterwork, light fittings designed after 19th century gas lamps and green ceramic tiles shipped from the UK made by Fired Earth, a company which makes replacement tiles for the actual London Underground. The last-call bell behind the bar was commissioned from the Whitechapel Bell Foundry, the foundry that cast the Liberty Bell and Big Ben.

Whitechapel boasts over 370 gins, the largest selection in North America and some 100 different gin-based cocktails. The most popular drinks are listed on an approachable single page menu with the Flemish Purl being the standout must try cocktail (London dry gin, oude genever, Monk's Café Flemish sour ale, brown sugar, ginger, nutmeg and clove). The full drinks menu boasts a bewildering 15 pages of cocktails, many of which are original to Whitechapel under headings such as "Honorary Among Thieves" (drinks by other well-known bartenders), "Lost and Forgottens" (vintage gin cocktails) and "Popular classics". 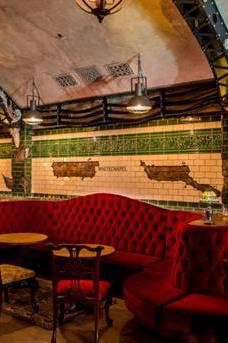 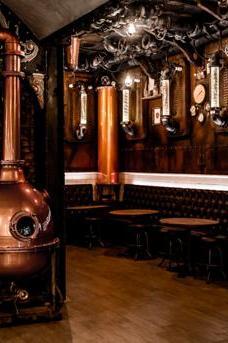 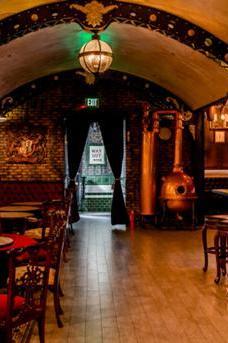 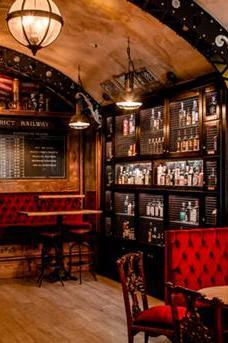 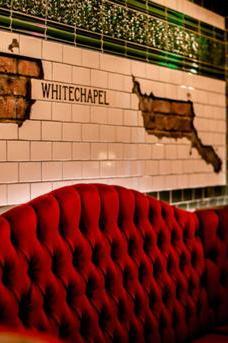 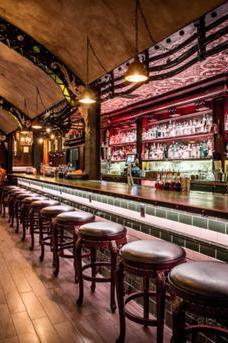 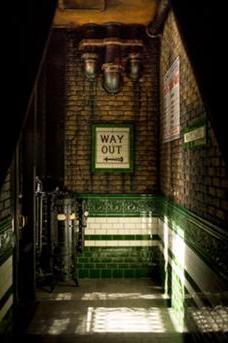 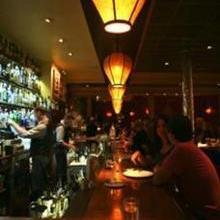 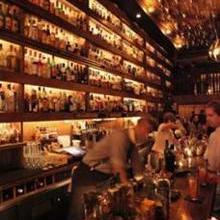 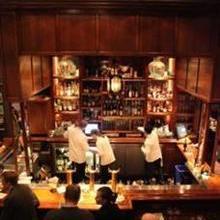 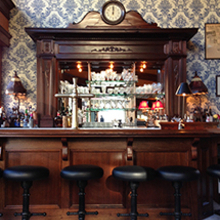