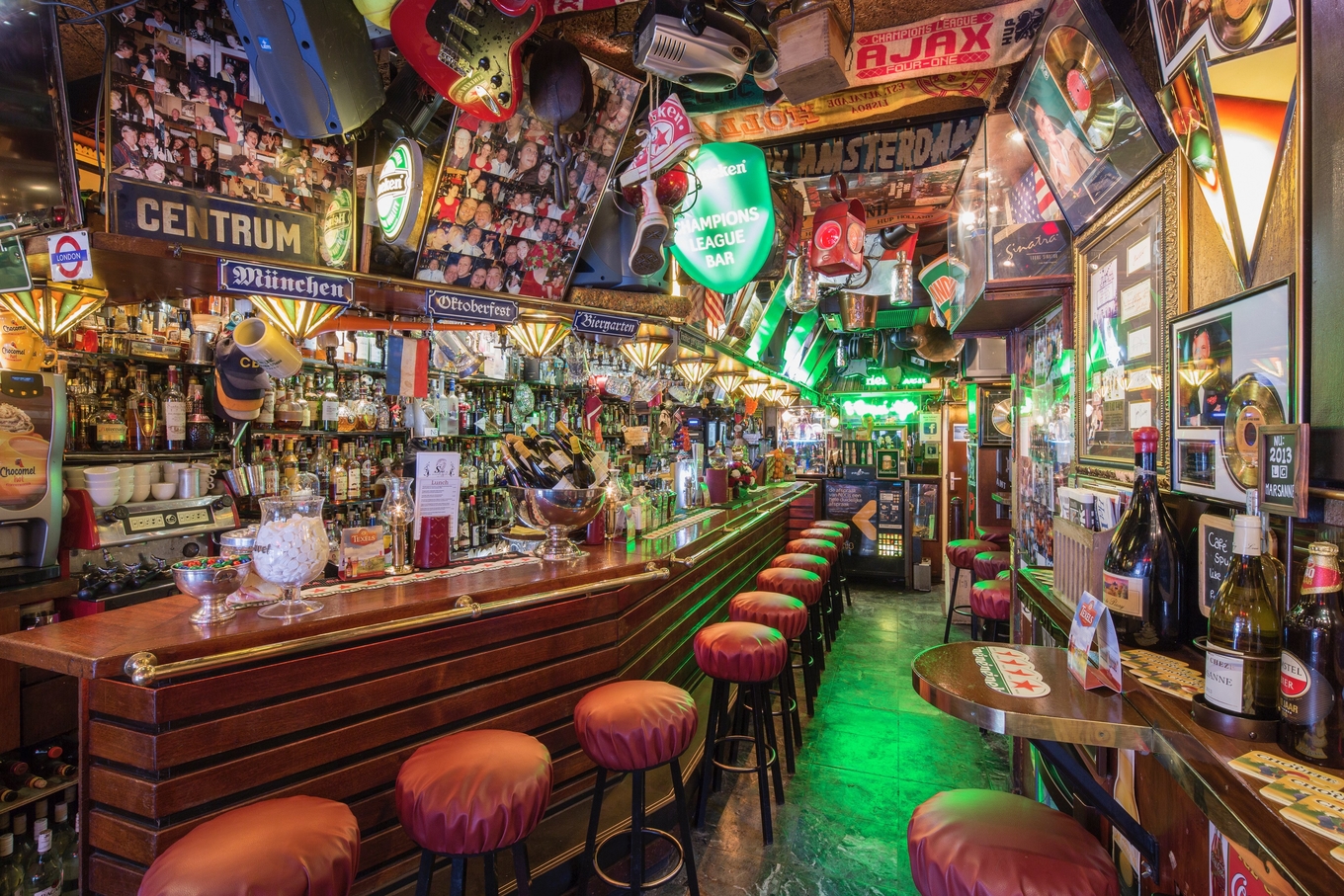 The Dutch answer to the local pub is a bruin cafe (brown café). The name refers to their warm traditional interiors with dark wood panelling and furnishings. The oldest, and indeed my favourites of Amsterdam's brown cafés were, and Wynand Fockink (see below) still is, tasting houses called “proeflokaalen” attached to distilleries.

In the 17th century and 18th centuries, during the Dutch Golden Age, Holland was the centre of the European liquor industry, producing liqueurs and jenever (or genever), a juniper-flavoured spirit that was the forerunner to gin. Amsterdam's tasting houses operated as retail outlets, dispensing products from barrels and flasks for consumption on the premises and to take home. Think brewery tap pubs in the UK but smaller, cuter and retaining more of their traditional character.

In Amsterdam's brown cafés it is traditional to sip tulip-shaped glasses of neat jenever and liqueurs alongside beer. The jenever is served neat and consumed as a chaser, what the Dutch call Kopstoot (pronounced 'Cop-Stout’), which translates as 'a blow for your head'.

Brouwerij 'T Ij
Funenkade 7, 1018 Amsterdam
Brouwerij 't IJ means 'brewery at IJ' - the lake behind the windmill which houses this brewery. In Dutch, the name sounds like 'egg', hence the brewery's logo of an emu standing over an egg. Dutch humour may not translate well but beer aficionados will love this small, speciality brewery and I have to profess a liking for it's well hopped, strong and flavoursome Columbus amber ale.

Cafe De Dokter
Rozenboomsteeg 4, 1012 Amsterdam
Café De Dokter was first opened in 1798 by a surgeon at the nearby Binnengasthuis hospital and understandably was patronised by doctors and medical students, hence 'The Doctor' name. This traditional old Dutch pub (Bruine café) has changed little since.

Cafe Hoppe
Spuistraat 18, 1012 Amsterdam
Established in 1670, the oldest, right-hand side of Café Hoppe at No.18 (the side we recommend you visit) is one of the oldest Bruine cafés in Amsterdam. Both the interior and exterior are listed and have remained unchanged for centuries.

Cafe in de Wildeman
Kolksteeg 3, 1012 Amsterdam
This pub is housed in what was formally a jenever and liqueur distillery's tasting house. The premises used to be dedicated to the production and sale of spirits and liqueurs but today this wonderfully old-school and unpretentious pub is all about the appreciation and enjoyment of beer.

Café 't Spui-tje
Spuistraat 318, 1012 VX Amsterdam
This tiny “modern brown café”, with perhaps more seats on the pavement out front, is a shrine to Frank Sinatra with memorabilia and photographs of the star featuring heavily amongst the other clutters that covers the walls and hangs from the ceiling. Although most people here drink beer, and there’s a great range to choose from, the shelves boast one of the best spirit ranges in Amsterdam, particularly rums.

De Pilsner
Begijnensteeg 4, 1012 Amsterdam
Affectionately known as 'De Engelse reet' (The English Ass), this battered old museum of a bar was established some 130 years ago and has been owned by the van Veen family for more than 76 of those years. It is a properly old-school drinker's bar where you pretty much drink beer (8 on draught and 15 bottled) or genever, and ideally both.

Gollem's Proeflokaal
Overtoom 160-162, 1054 HP Amsterdam
When the original 'Café Gollem' opened in 1974 it was the first bar in Amsterdam to offer a large range of specialist Belgian and other foreign beers - two changes of owner later and there are now two Gollem bars in Amsterdam, this one several times the size of the original.

Proeflokaal de Drie Fleschjes
Overtoon 160-162, 1054 Amsterdam
The name of this old distillery tasting house means 'The Three Little Bottles'. It opened in 1650 and was attached to the Bootz distillery. Although the distillery building still stands next door, it is now the Tulip Inn.

Proeflokaal de Ooievaar (The Stork)
St. Olofspoort 1, 1012 Amsterdam
The name of this tiny one-room tasting house is The Stork, so named after the De Ooievaar Distillery whose 'A.V.Wees' range of genevers and liqueurs are served here.

Proeflokaal in de Olofspoort
Nieuwebrugsteeg 13, 1012 Amsterdam
This homely 'brown café' stands on the site of one of the earliest of Amsterdam's stone city gates, the Sint Olofspoort which was constructed in 1341. In 1440 the Olof's Chapel was built close to the gate and both gate and chapel (which still stands) are named after Saint Olof, the Norwegian saint of a number of cities including Oslo.

Proeflokaal Wynand Fockink
Pijlsteeg 31, 1012 Amsterdam
The wonderfully named Wynand Fockink established his liqueur distillery in the Pijlsteeg around 1679. Sadly, the distillery proper closed in 1955 but the Wynand Fockink tasting house remains almost unchanged from its 17th-century heyday with a small distillery still operating a few doors away (now owned by Lucas Bols) which makes all the spirits and liqueurs for sale by the glass in the bar and by the bottle next door. 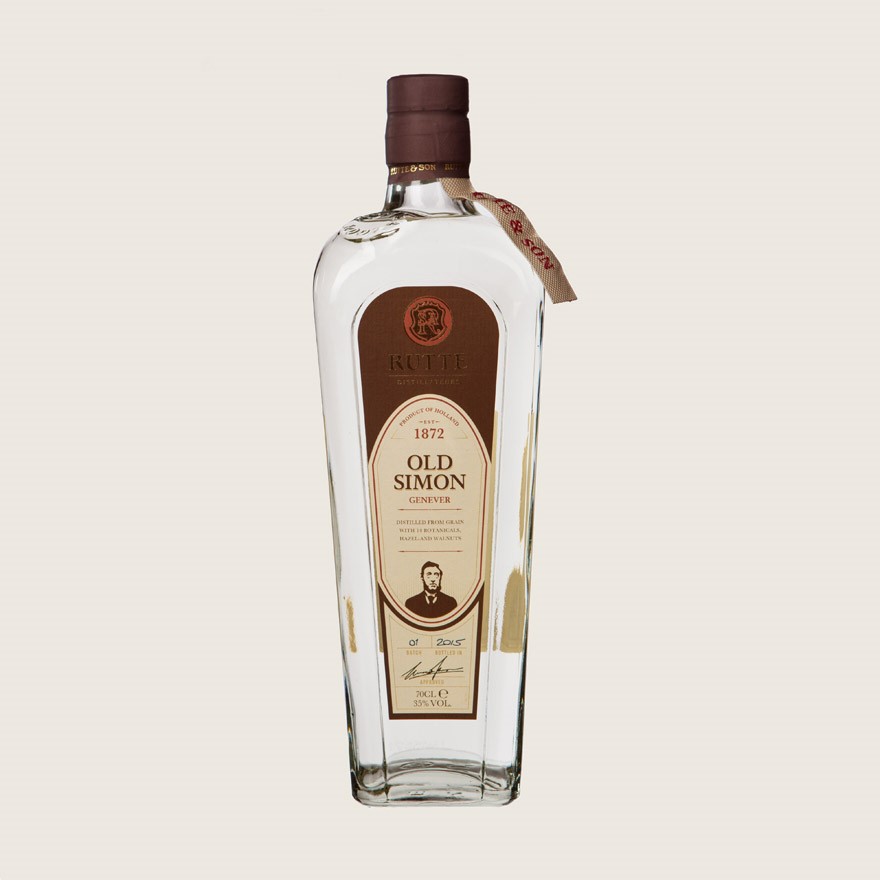 Named after Simon Antonius Rutte who founded the distillery, where this jenever is still made based upon his original recipe, in 1872. Old Simon comprises 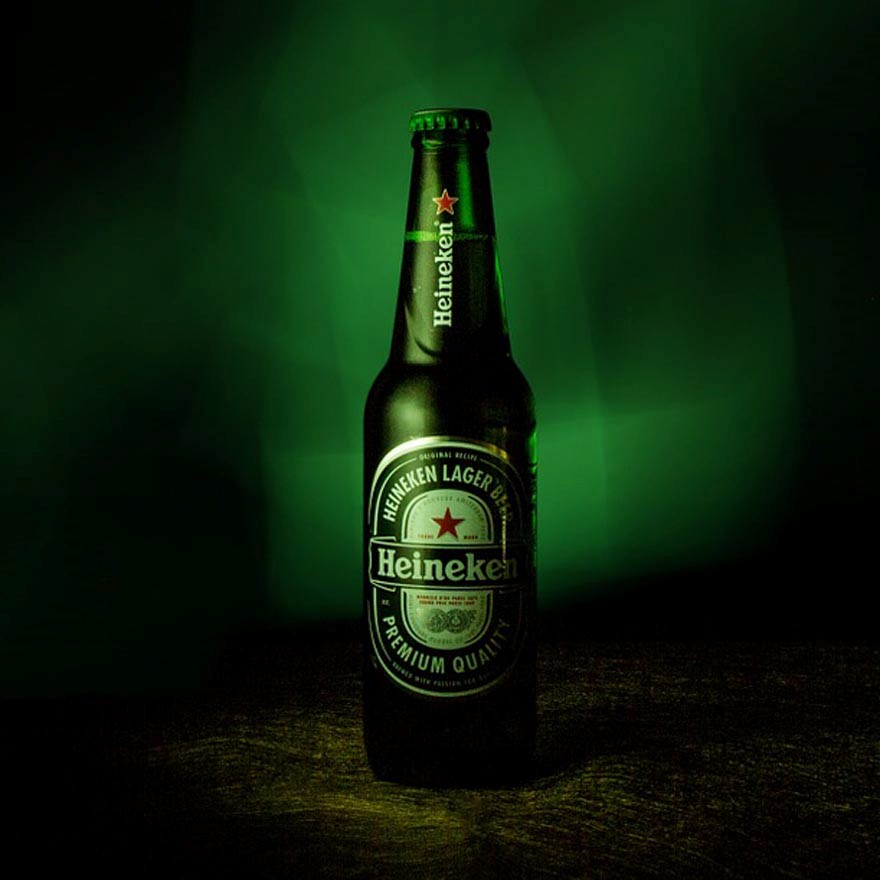 This internationally recognised European pale lager was first brewed by Gerard Adriaan Heineken in 1873 at his Amsterdam brewery. It is brewed only with