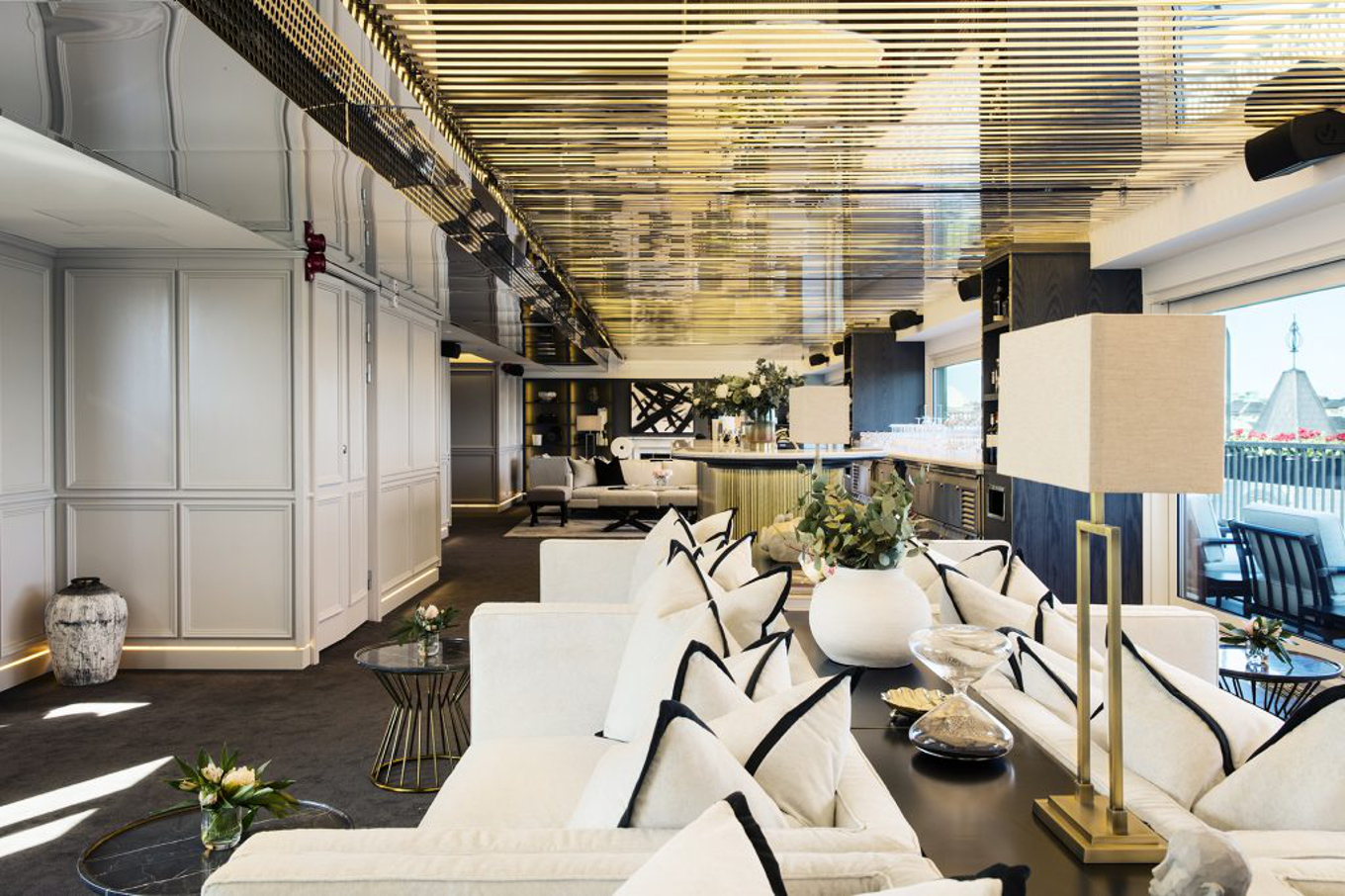 The following cocktail bars predominantly all lie within the city centre with many in walking distance of each other.

Lucy's Flower Shop
Birger Jarlsgatan 20, Östermalm, 114 34, Stockholm
With the financial support of one of Sweden's largest bar and restaurant groups, Ola Carlson and Alex Skärlén have unashamedly set out to create the country's best bar. And with this compact well-hidden basement "cocktail bunker" they may well have succeeded.
Difford's Guide rating: 5+/5

Pharmarium
Stortorget 7, 111 29, Stockholm
Busy and atmospheric best describes this cosy, low-ceilinged cocktail lounge spread across a couple of rooms amidst the old town. The appealing atmosphere is matched by the quality of the drinks.
Difford's Guide rating: 5/5

Tjoget
Hornsbruksgatan 24, 117 34, Stockholm
Three bars in one, Tjoget (The score) is a big place with multiple zones and offerings: dining room, cocktail bar, wine bodega and beer café. Tjoget's has a reputation for being ranked as the best bar in Stockholm. Be warned, it's a schlep from the other bars on this list.
Difford's Guide rating: 4/5

Papillon & Sophie's Bars at Bank Hotel
Arsenalsgatan 6, 111 47, Stockholm
There are two bars within bank hotel - Sophie's and Papillon, and a third standalone bar with its own street entrance, Le Hibou, on the roof. The Papillon Bar is our preferred quiet and refined retreat.
Difford's Guide rating: 4/5

Cadier Bar at the Grand Hotel
Södra Blasieholmshamnen 8, 103 27, Stockholm
Grand by name and style, this hotel sits in a prominent position overlooking the harbour. As with every hotel of its ilk the Grand's bar, Cadier, attracts a wide and varied clientele many drawn here by its impressive 40 strong signature cocktail offering.
Difford's Guide rating: 4/5

Tweed Bar at the Victory Hotel
Lilla Nygatan 5, 111 28 Stockholm
Described as being a "tweed-clad comfort parlour" you are invited to "sink into the well stuffed Chesterfield armchairs and indulge in a moment (or an entire evening) of alcohol romance." Sounds appealing? It is. It's also wonderfully old-school.
Difford's Guide rating: 4/5

Since returning from Stockholm I've been made aware of the following additional bars. Many thanks Alejandro.

Copine
Kommendörsgatan 23, 114 48, Stockholm
Schoolmates Jim Hammargren and Jacob Nermark Hjelm started in a food truck which was destroyed by fire. They rose phoenix-like and this is their second restaurant. Named after the French word for girlfriend, Copine is Mediterranean in style and boasts a regarded bar "run by the former bar managers from Svartengrens."

Corner Club
Lilla Nygatan 16, 111 28, Stockholm
A neighbourhood cocktail bar with a cocktail menu that changes with the seasons and a food offering ranging from bar snacks to mains. "A tight crew and fun high-end cocktails."

Svartengrens
Tulegatan 24, 113 53, Stockholm
A legendary restaurant with an equally regarded bar. "Supertalented crew where local flavours are the most important." 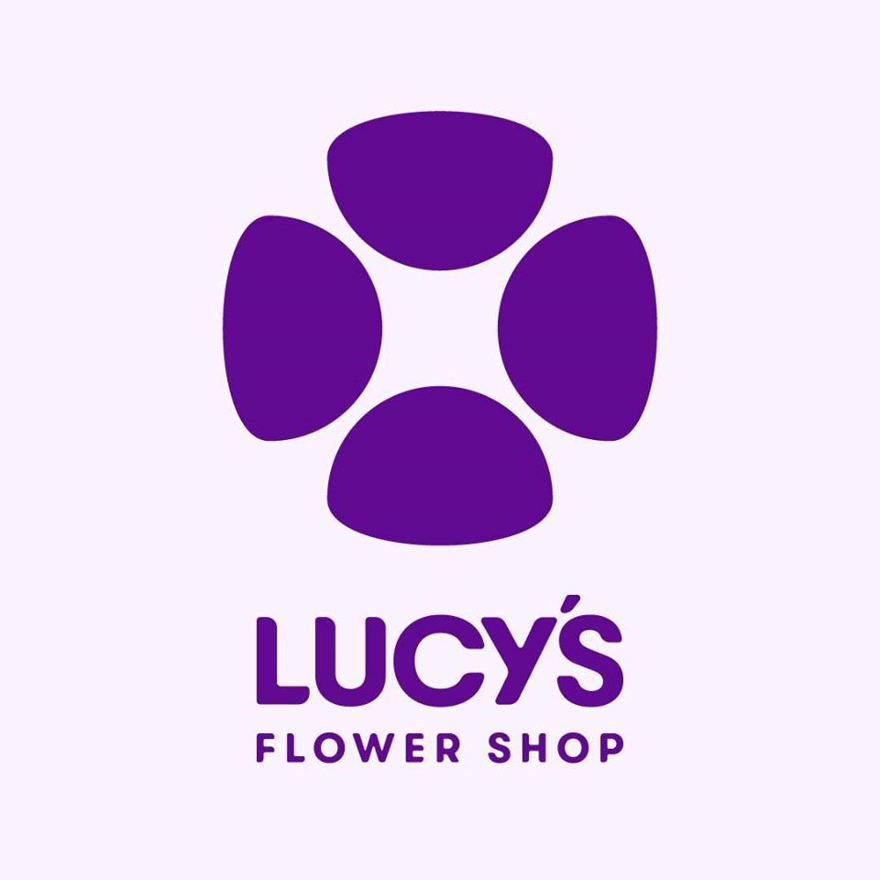 A non-descript doorway leads to an unattended florist shop and then, when you find the door, this hidden basement cocktail bunker of a bar. Lucy's is 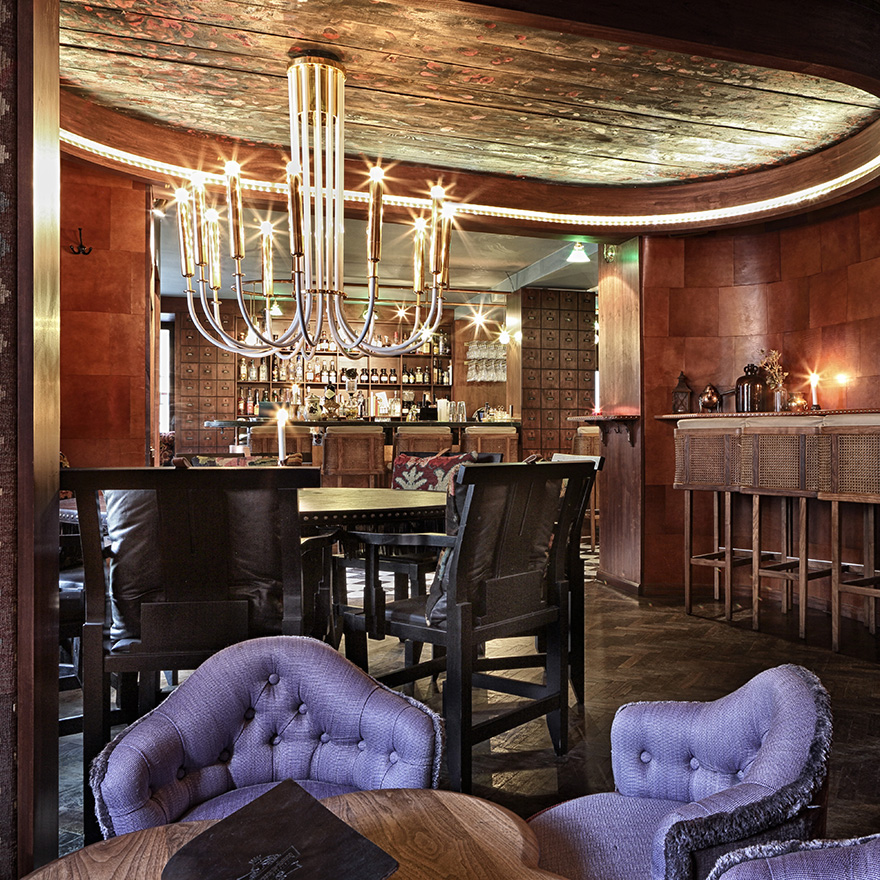 Located in the centre of Sweden's old town (Stortorget), Pharmarium is inspired by and takes its name from Sweden's first pharmacy, Schmidtens apotek, 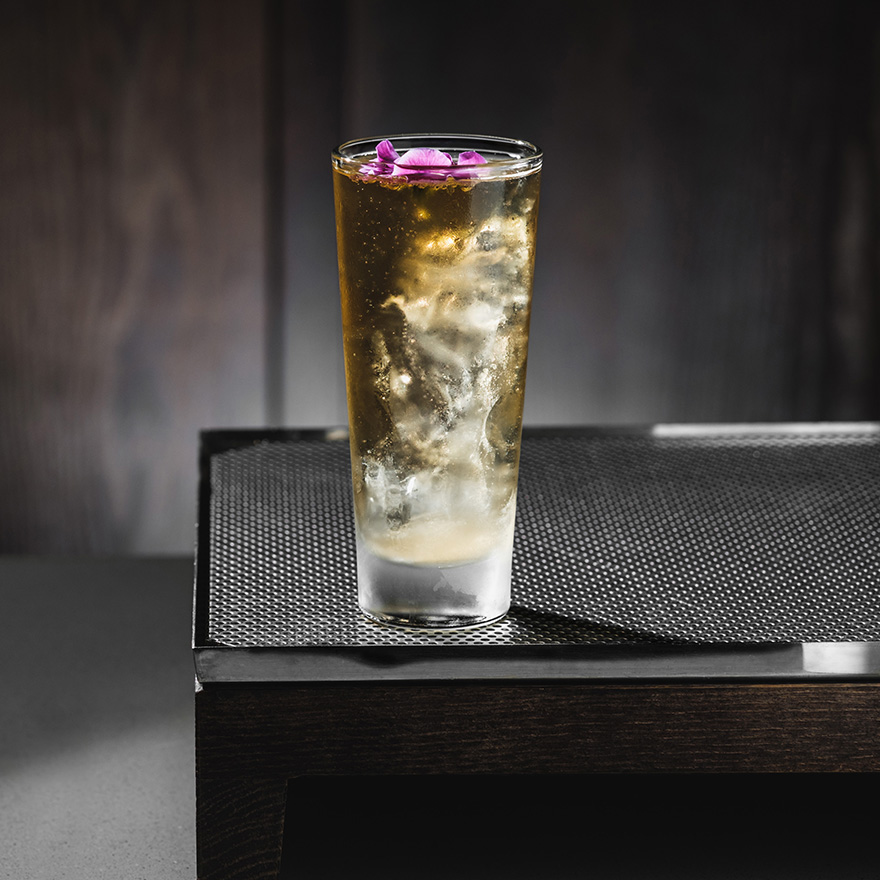 Gemma is the creation of regarded bartender Johan Evers who, with the exception of the electrics and plumbing, built everything you see in this bar himself. 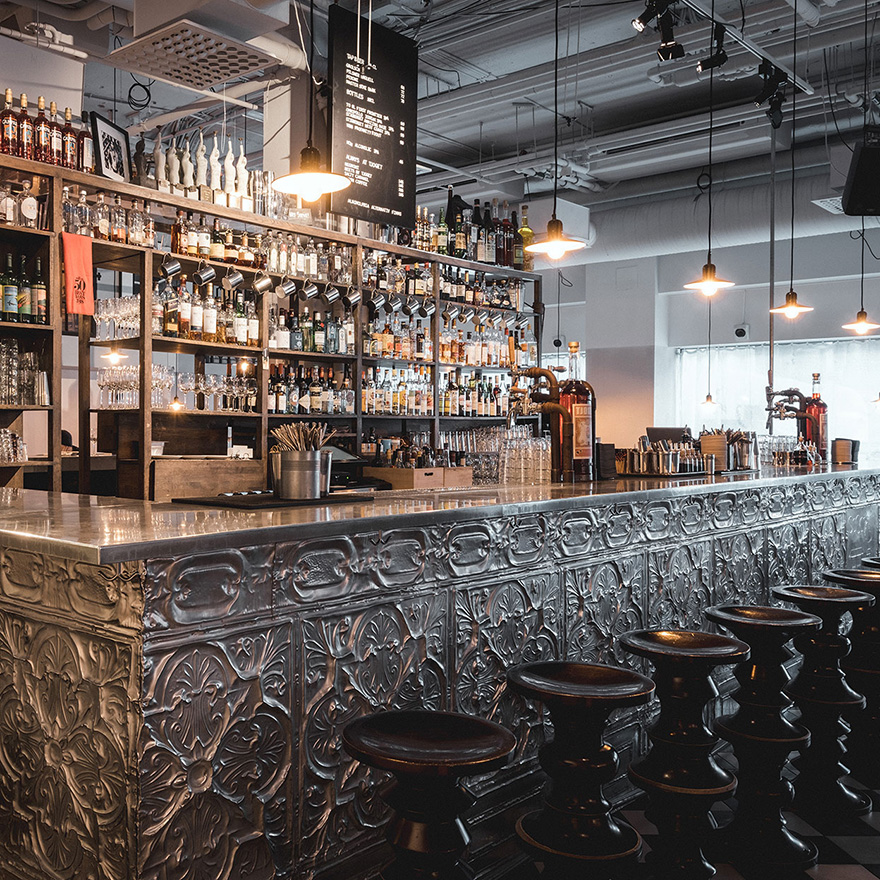 Three bars in one, Tjoget (The score) is a big place with multiple zones and offerings: pan-Mediterranean restaurant, cocktail bar, wine bodega and beer 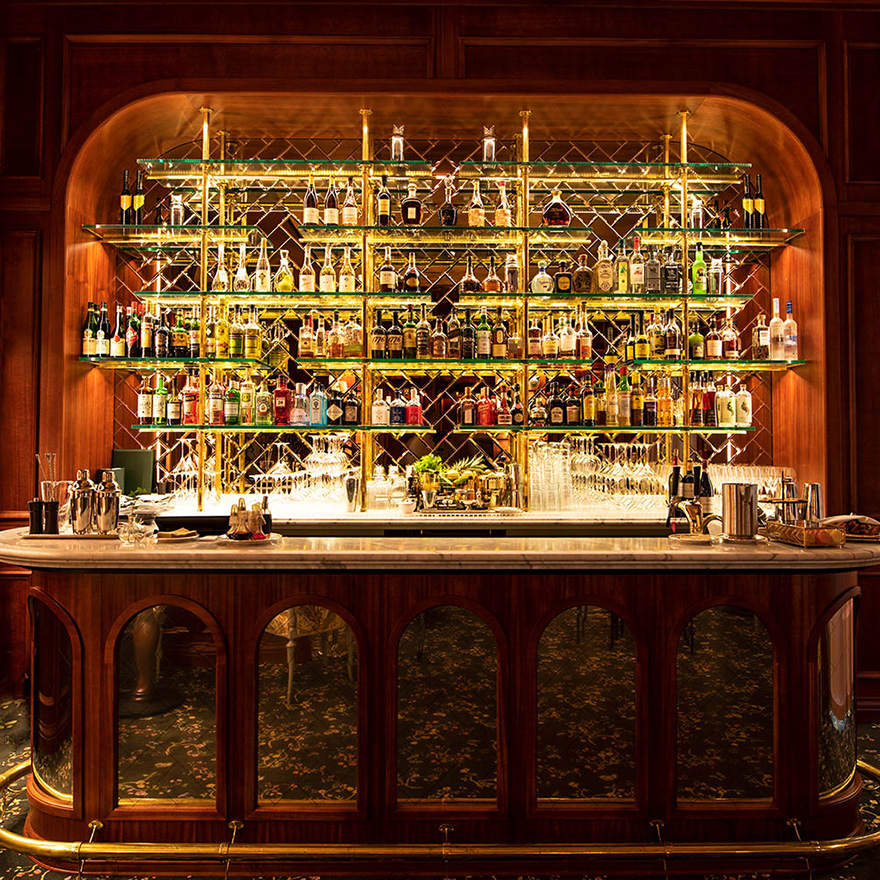 The Papillon Bar is tucked away, off to the left from the Bank Hotel's lobby entrance. It is intimate, elegant and refined with wall-to-wall carpet and 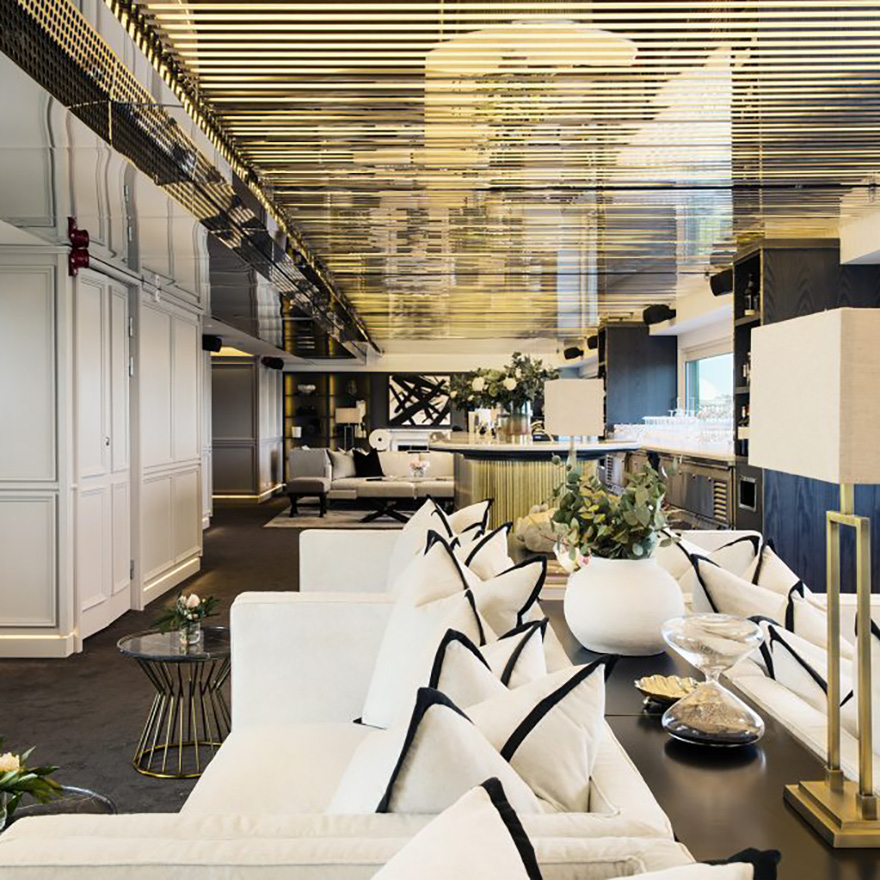 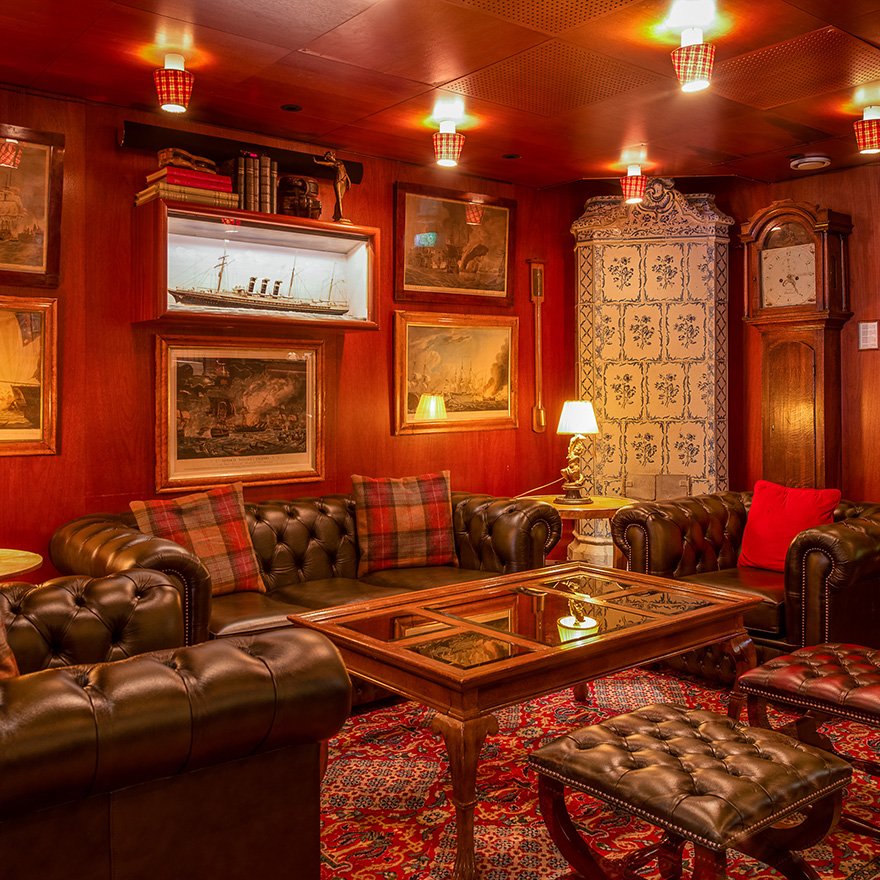 Tweed Bar at the Victory Hotel

Tweed would perhaps be more appropriately named Tartan as this is the cloth that lines the walls and bar front of this atmospherically lit, old-school 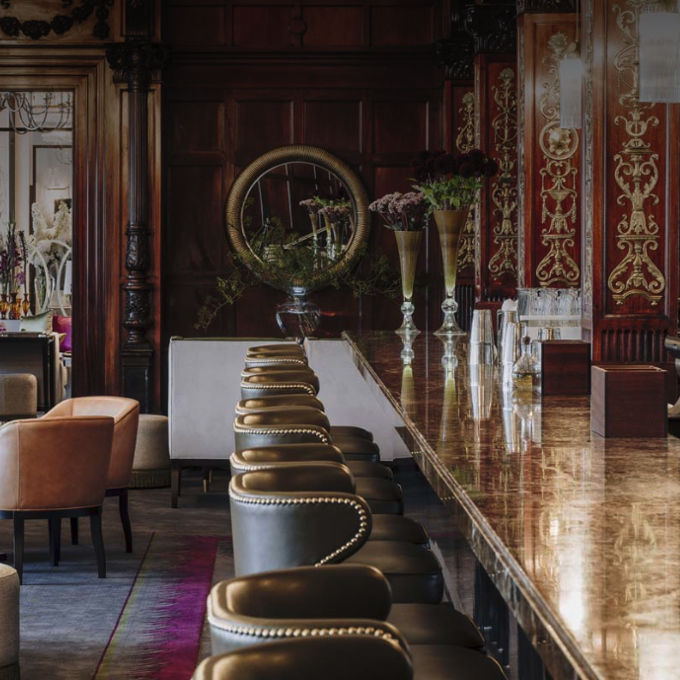 Cadier Bar at the Grand Hotel

Named after the founder, Régis Cadier, Grand Hôtel's bar is suitably grand in terms of size and décor. It may be vintage in style, but its cocktails