Joseph mixes up another of his favourites from The Lost Shift initiative, a biscoff-inspired twist on a White Russian. Watch Joseph make the Kentucky Kream in the video above.

Method: For the reduction cream, 2tbsp Biscoff spread, 3tbsp dairy free condensed milk and 40ml coconut rice milk. Reduce and add a splash more coconut milk until you get a creamy texture and your preferred sweetness of biscoff. You don't want the texture to be thick. Garnish with a large orange twist and a Lotus Biscuit

Tina says, "I've always loved a White Russian purely because it's such a minimalistic and delicious drink so this cocktail is a twist on a White Russian. I've been creating biscoff fudge for the last couple of weeks for friends in the area and I've ended up with so much Lotus biscoff in my cupboard! I make a biscoff pina colada for a recent in-house cocktail comp for The Alchemist so I thought, why not try it with Whiskey? And it was delicious. I chose to make the cocktail vegan as there aren't many alternatives to creamy drinks and I think there should be as it's becoming a major factor in people's lives which will benefit our industry. I'm also doing zero wastage on everything I use, as I create candles out of empty pots and cans."

Joseph says, "As if the White Russian could be made even naughtier! Working alongside the Woodford Reserve and triple sec, Biscoff Spread is used for its delicious biscuity flavour, dissolved into coconut rice milk. Coconut + Orange + Biscoff + Bourbon = Dreamville." 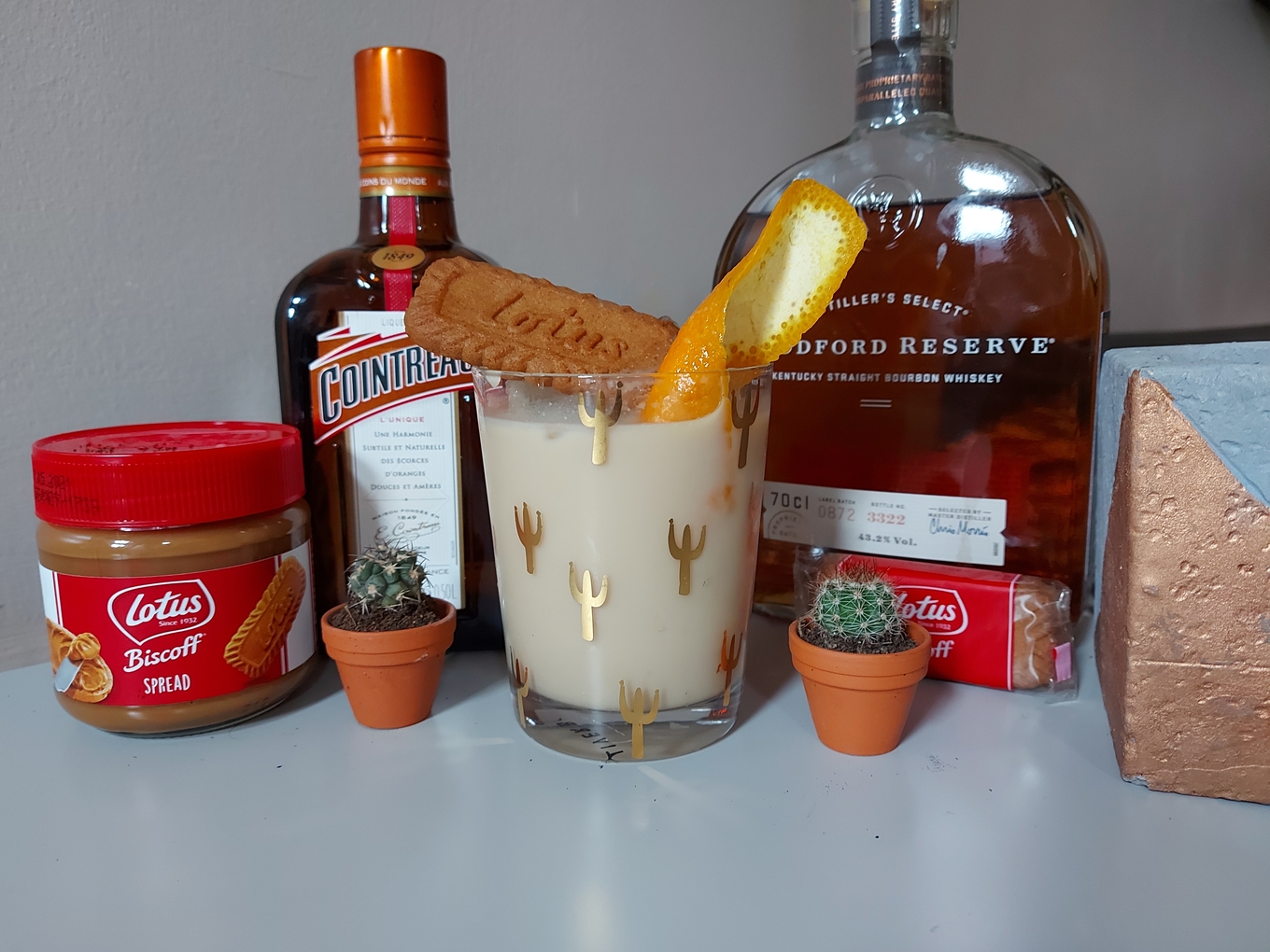