Verjus / verjuice is often spoken of as the holy grail of cocktail ingredients - but what exactly is it?

Verjus has been spoken of as the holy grail of cocktail ingredients for the last five years, but beloved Australian chef Maggie Beer has been making it commercially since 1985, and its history goes way back to the 1300s. It’s essentially unripe grape juice and its name derives from the French for green juice, although that’s a bit of a faux amis as French teachers used to say – a false friend – because despite the ‘green juice’ moniker, verjus can be made from red or white grapes, and of any grape variety.

The unripened, unfermented grape juice is super bright, tart and a brilliant alternative to the powerful flavour of citrus or vinegar and it’s usually made from grapes that haven’t ripened in time for the harvest. Here’s how Maggie describes it herself: “it’s a gentle acid that ‘brightens’ the flavour of food, rather than dominating it, which is why it’s so valuable in cooking and it was, and still is, an ingredient in all countries of the Mediterranean by a different name.”

Such different names include verjus (France), agresto (Italy), agraz (Spain), hosrum (Lebanon) and abghooreh (Iran) and as you’d garner from such an international line-up, verjus is most at home in domestic kitchens – working in place of vinegar most often to add an accent of acid in a salad dressing, mustards or a light marinade.

However, just because it has been a chefs tool for centuries (recipes using verjus going back as far as Taillevent, master cook to French King Charles V and the author of Le Viandier, published in about 1375) it has a valuable place in cocktails – especially with lighter, more delicate flavours that need an acidulant but would be overpowered with lemon or lime juice. 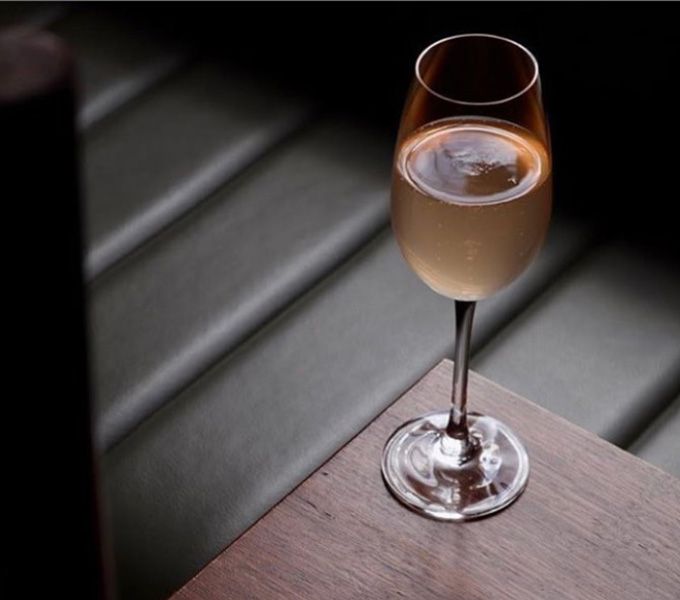 These days you can find verjus on menus such as Carlton’s Capitano Carlton’s Capitano (in that sublime Bellini Darren Leaney
makes), London’s FARE and Adelaide’s Maybe Mae as well on the Instagram feeds of high-profile bartenders like Nico de Soto. Though it plays well with a range of ingredients, verjus’s clearest affinity is for other grape-based ingredients – think cognac, armagnac, pisco, sherry and sparkling wine – as well as other fruit-based brandies such as calvados.

White verjus tends to have more powerful acidity on the palate, with a bright, crisp flavour similar to some high-acid white wines. Then there is the softer red verjus (Maggie Beer’s one, for example, is called Sangiovese Verjuice made from sangiovese grapes) which is often fruitier and less aggressive despite the fact the acid levels are usually exactly the same.

Why Verjus Belongs In Your Home Bar

If you work in one of the world’s top cocktail bars you’ll know all about verjus, but for the rest of us still slumming it with homemade Negronis mixed in room-temperature glasses with subpar ice – well verjus is definitely going to amp up our cocktail game.

For a start, verjus doesn’t need to be shaken or blended to emulsify with your other cocktail ingredients. Instead it can stirred in, which means stunning clear drinks that look boozy can deliver an unexpected zip of acid. Think dark rums or whiskies stirred with sherry, verjus and simple syrup. London’s FARE – a restaurant and bar from Marcis Dzelzainis and Michael Sager – showcased it well in low abv highballs as well, mixing amaros, liqueurs, verjus and soda together over ice.

Because of it’s longer shelf-life verjus plays well in bottled cocktails. Marcis used verjus in nearly all of the restaurant’s takeaway drinks during the COVID-19 shutdown. Standing out was a Tequila and Guava Collins using tequila, sparkling guava juice, verjus, Kamm & Sans and yuzu sake as well as Green Coconut Cooler with 3-year-old rum, green tea, coconut, verjus and lychee.

And least we forget, verjus also works well in the non-alcoholic space too, Seedlip include it in several of their recommended serves with a good 50ml glug alongside its alcohol-free spirit, honey and sparkling water.

Tip: Opened verjus will keep, re-corked, in the refrigerator for two to three months.

... comment(s) for Verjus in Cocktails