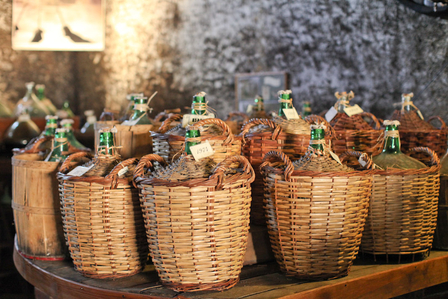 Armagnac is a fine brandy from South West France. It is distinguished from Cognac by its use of single continuous distillation rather than double batch distillation. This, and the use of different grape varieties, soil and climatic conditions, produces more characteristically robust, characterful brandies.

It's said, "Armagnac is for men and Cognac is for boys" and Armagnac tends to be big, bold, complex and robust, so far from mass market. Its supporters (and I'm most definitely one) wouldn't want it any other way. Like sherry cask matured Scotch malt whisky, many Armagnacs don't suit being watered down so are best enjoyed by those used to, and who enjoy, powerful neat spirits.

Armagnac must be produced from vines grown in, distilled and aged in the Appellation d'Origine Contrôlée région Côtes de Gascogne. Granted AOC status in 1936 and extended in 2005, this legally defined area lies in the province of Gascony, between the Adour and Garonne rivers in the foothills of the Pyrenees south of Bordeaux.

The Armagnac region, known as Gascony, is a rural idyll with what little industry there is centred around farming. Vines, maize, tobacco and duck farms for the production of fois gras dominate the picturesque landscape. The countryside's rolling hills are dotted with woodland, grand chateaux and medieval towns with the snow-topped Pyrenees mountains lining the horizon to the south with Spain beyond. 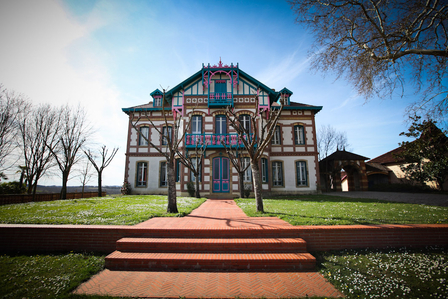 Toulouse, the nearest major city and airport, lies an hour-and-q-half's drive to the south east, but due to the importance of the wine trade, the Armagnacaise seem to connect more with Bordeaux, an hour-and-three-quarters away in the opposite direction. Those travelling times are from the quaint town of Condom, the largest town in Armagnac's Ténarèze region, but distances are similar from Eauze in Bas-Armagnac, officially Armagnac's capital.

This area was formerly home to many swashbuckling characters, the most famous being Charles de Batz Castelmore, Seigneur d'Artagnan who led the King's Musketeers under Louis XIV and has been characterised in The Three Musketeers.

Armagnac has a very different style to Cognac, with the vines of Armagnac having to endure colder winters, winds from the sea and the Pyrenees. These conditions help give Armagnac its robust, flavoursome character.

The Armagnac Appellation is divided into three grape-growing areas or sub-regions: Armagnac-Ténarèze, Bas-Armagnac and Haut-Armagnac. Wines from each of these regions are distilled and aged separately to make regionally distinctive Armagnacs which declare the region from which they originate. However, Armagnacs are also blended from brandy made from wines form two or all three sub-regions. 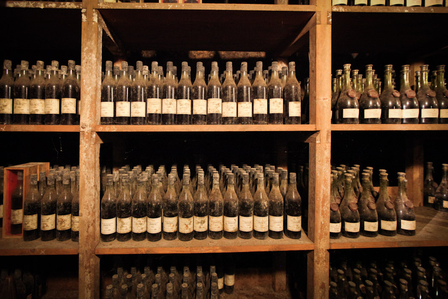 Armagnac-Ténarèze
Pronounced 'Ten-er-ez', the Ténarèze region represents 40% of Armagnac's vineyards. The land is criss-crossed by small streams and the sandy clay/limestone soil produces robust characterful Armagnacs which benefit from prolonged aging, releasing a distinctive violet floral note. The main city is Condom, known for its cathedral and intersected by the Baïse river on which Armagnac used to be shipped to other parts of France and the world. Ténarèze could be said to be what Borderies is to Cognac.

Haut-Armagnac
Pronounced 'Oh' meaning 'high', the Haut region represents only 3% of Armagnac's vineyards, although is an important wine-producing area. The predominantly chalky soil with areas of clay/limestone generally produces the least distinctive Armagnac. Consequently, very little Armagnac now originates from this area and 104 of the original 230 villages were removed from the Armagnac appellation area in 2005. The city of Auch lies to the north of the region and is famous for its cathedral.

Due to their close proximity to the Spanish border, wine makers in the Armagnac region were among the first in France to learn methods of distillation from the Moors who ruled Spain during the middle ages. There are documented references to distillation around the time of 1411, so Armagnac actually predates the other great brandy of France, 'Cognac'. 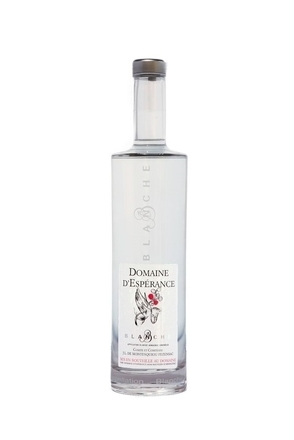 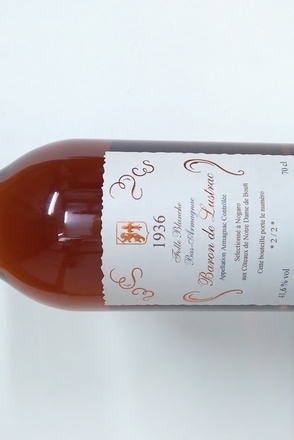 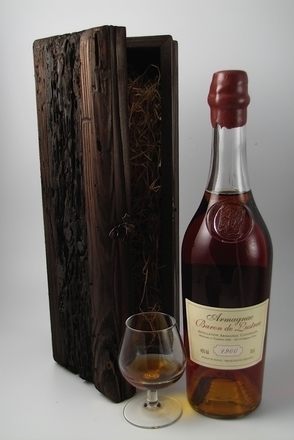 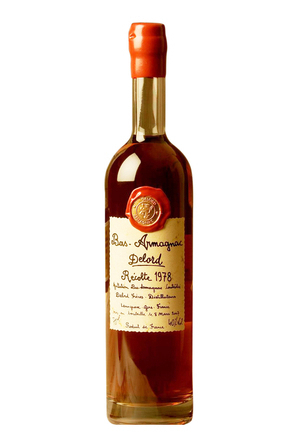 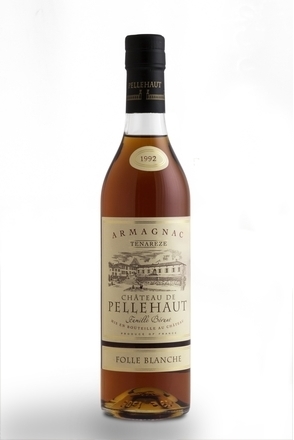 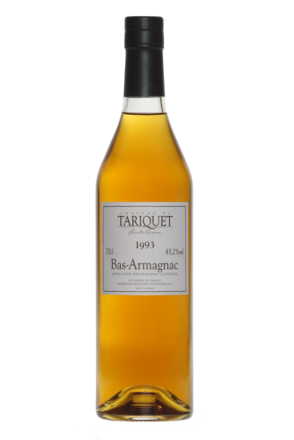 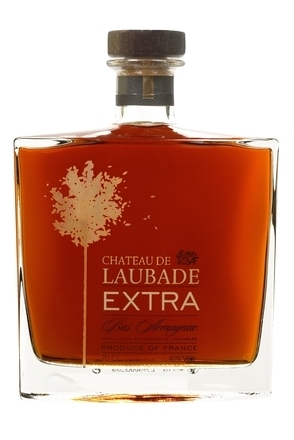 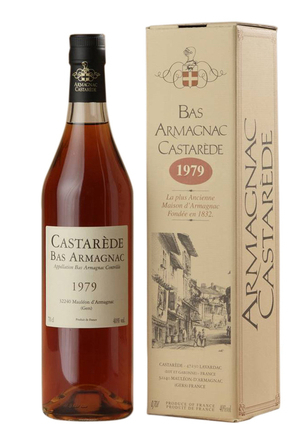 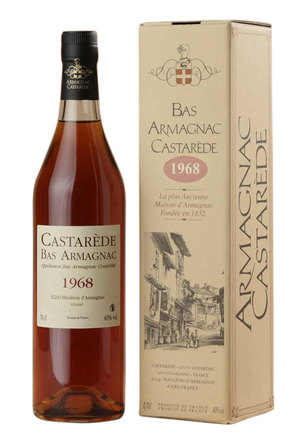 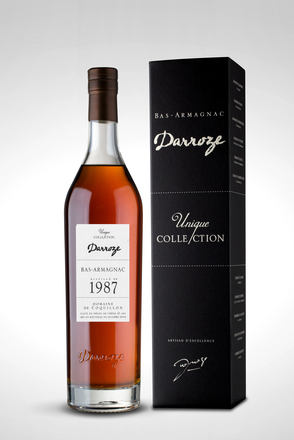 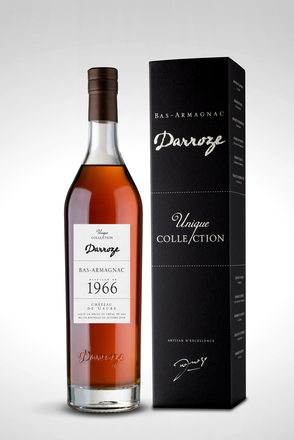 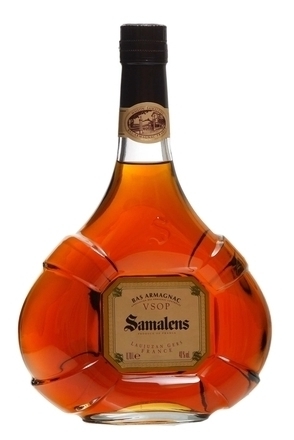 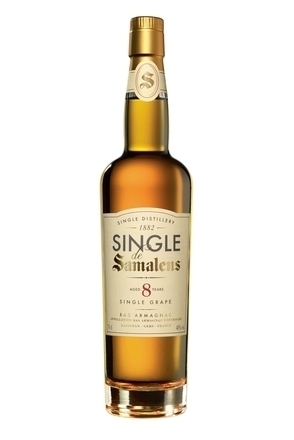