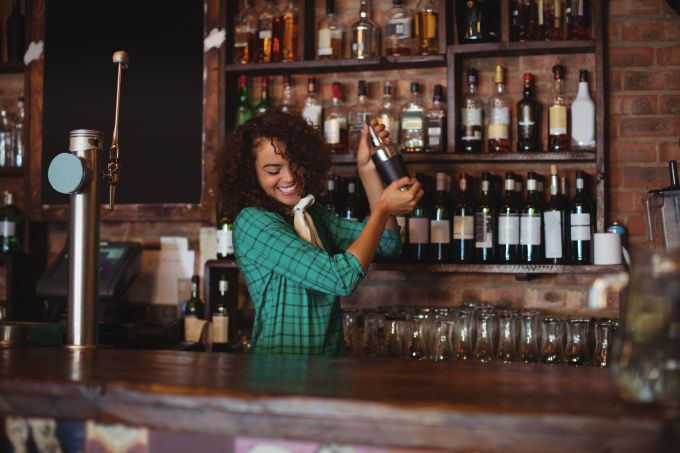 Why YOU should apply.

You’ve probably, by now, heard of Adam Dow and his Golden Rule Grant. As a finalist for Bacardi Legacy competition, representing Australia, Adam received a cash injection as part of the rum company’s efforts to give back to the bar industry post-pandemic. In turn, Adam has created his own grant to help females in hospitality advance in their career.

If you identify as female, you’re in hospitality, and you think adding a skill to your CV sounds like it could help in the future (it almost certainly will) then you should definitely apply. If, at this point, thoughts such as ‘it would be wasted on me’ or ‘I don’t know what I’d use it for’ or ‘I’d never win anyway’ are popping up in your brain, ignore them. That’s just the patriarchy talking, and we don't listen to that.

“I wanted to give back in some way to a group I felt like, in the time I’d been working in the industry (10 years), I’ve seen passed up for senior roles, leave the industry before they want to or go into roles they might not want to, just because of the barriers put up in front of them,” says Adam.

Think of the $1000 as a leg up, a way to push your education in hospitality in any which way you want it to go. “I don’t want to pigeonhole it,” says Adam. “It really could go towards anything if it was helping someone’s career. If someone thinks that they want to go and do their WSET level 3, or they want to use the money to pay someone like Evan Stroeve to spend creative time with them, or do a workshop with the team at RE on native ingredients. In Surry Hills, for example, there’s a school for adults who do short courses on leadership or mindfulness or even digital content courses.”

So have a think – could any of these help you do you? Could something not on that list help you do you? Are you a man reading this and know some females who could use some support and encouragement to apply? Worst case, you don’t win the grant, but at least you’ve got an answer to that question of how you might want to advance.

In the corporate world of desk jobs, this conversation is far more common. A boss will ask you where you see yourself heading, if there are roles beyond the one you’re currently in which appeal to you. A good boss will then make a plan of how you get from a to b. A great boss will put that into action, so you’re fully trained and ready to take that new role when the time comes.

We don’t see much of that in hospitality because the businesses are often smaller, and the margins of profit are tighter. Initiatives like the Golden Rule Grant can help mitigate that disadvantage, so apply. It could be you that gets the leg up.

How do I apply: This google doc has all the information on the grant and how to apply.

Who is judging: Penny Sippe and Jenna Hemsworth, two very talented, hard working women in the drinks industry. The grant is being judged independent of Adam.

Is this a once off: No. Adam has set aside enough money for this year, and next year. After that Adam would like to see the grant continue but it’ll depend on how it is financed.

I’m still not sure I’m worth it: You are. Apply here.