Your Guide to Australian Fortified Wines 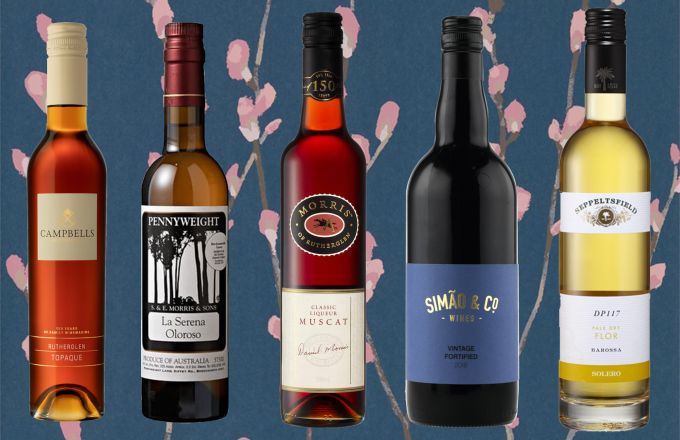 Australia has had a long on-again-off-again love affair with fortified wines. From being the drink of choice for a whole generation, they had largely been left behind as Australia's wine industry accrued international standing. And yet... there are still some standout producers who deserve more of our time and certainly more chances to woo you over. Ollie Margan tackles the best drops to purchase.

The Australian wine industry started with Colonialism in 1788. Governor Arthur Phillip brought cuttings from the Cape of Good Hope with him on the first fleet, which he planted in Farm Cove, now known as the Sydney Botanical Gardens. With such a small population in Australia, the industry growth relied on export back to Great Britain. At this time, the Brits consumed very little table wine, favouring the sweet ports of Portugal and sherries of Spain, which dictated our planting and production up until the 1950’s.

The 1890’s saw great expansion in the Australian wine industry, and large areas of grapevines were planted along the irrigated areas of southern Australia. Throughout the early 1900’s South Australia’s Riverland and Victoria’s Rutherglen were widely planted with Grenache, Hermitage (now know as Shiraz), Muscadelle and Palomino to keep up with the demand, both here and abroad.

Farmed for maximum yields, from what were once artisanal products, our fortified production became mechanised and commercial. Unfortunately, this catalysed the demise in quality of Australian fortified wine, and by the time the '60s rolled around, demand stopped in its tracks.

The '60s were revolutionary across all facets of culture. The kids didn’t want to be associated with their parents in any way, and this could be observed in fashion, music, food and, most relevantly, drink. A handful of young winemakers were making table wines inspired by the great regions of France, not adhering to the processes of commercial winemaking, which had declined to the art of blending syrupy grape juice with neutral spirit and selling by the flagon.

It is quite analogous to what we see today with young winemakers changing the status quo as to what we deem is wine of quality – rebelling against the commercial side of consumption. Renegades such as Colin Preece (Seppelt’s Great Western), John Warren (Hardy’s) and Maurice O’Shea (McWilliam Mt Pleasant) were the Pet-Nat cowboys of the Woodstock generation (they would not like this comparison).

The production of fortified wine went from 85% to 30% of our total output in the space of a decade.

The unfortunate part of this, as with the brown spirit world, is that production is planned years, sometimes decades, in advance. Many of these sherries and ports required upwards of 10 years cask maturation before release, so the result was full warehouses with no consumer demand.

Fast forward to the 2000’s, and whilst we will not likely see the fortified production observed in the early 1900’s, demand has surged for the vessels used to house the liquid. The role of sherry casks in whisky maturation, and the global demand for whisky in general is such that the barrels are worth more than the contents in some cases.

As to the content, in 2010 Australia finally agreed to stop calling their fortified wine 'sherry', which belongs to the wine produced in Jerez, Spain. Instead the local industry adopted the name 'apera', which, despite a decade of use, has yet to infiltrate the older generation of drinkers.

There is a relatively small number of fortified producers still active, and they are the same names who brought it to the fore in the beginning. It remains an incredibly important part of our liquid history, and we should all pay a little more respect and attention to the styles. The age, complexity and provenance of these products does make them significant as stand-alone beverages. However, there are many ways in which they can be implemented in a bar program, or even your home bar.

Australian Fortitfied Wines to Buy, Use and Enjoy 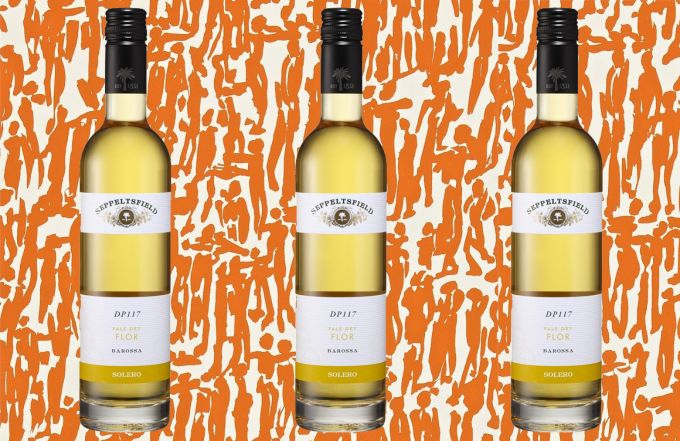 Seppeltsfield DP117 (15.5% ABV)
100% palomino fruit from the Seppeltsfield estate. Using fractional blending (solera technique), this carries an average age of 7 years and is without question the best example of a Fino style sherry seen outside Jerez. Freshness is key here, and that is a result of the Flor yeast. This specific yeast strain brought back in the pockets of Leo Buring from Jerez, Spain, forms a spiderweb like film on the surface of the fortified wine. This limits the interaction with oxygen and builds a delicate profile of volatile acidity. Lemon peel, salted cashew on the nose. Crunchy, sea spray laden palate. Finishes dry as a chip. Perhaps the most useful fortified ingredient for a modern bartender’s speed rail.

Drink recommendation: I have found a lick of this to improve almost any drink. Use in a London Calling for best results.
Buy Seppeltsfield DP117 here. 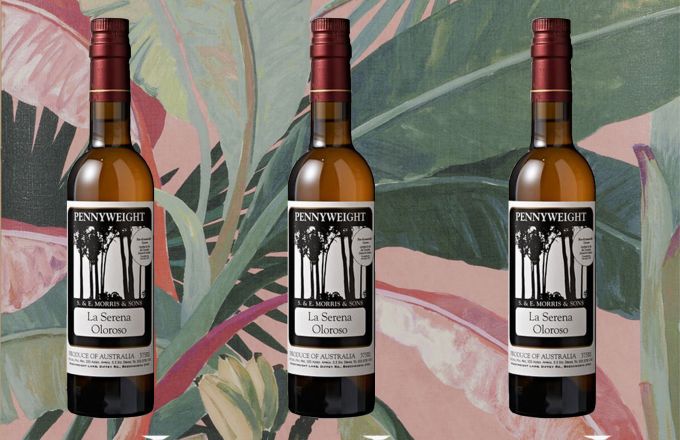 Pennyweight ‘La Serena’ Oloroso (18.5% ABV)
100% palomino from Organic and Biodynamic vineyards in Beechworth and Rutherglen, produced by the notable Morris family. This off-dry style of sherry spends an average of six years in solera, but without the protection of flor yeast, a significant increase in oxidative character can be observed. Though not quite as rich or rancio as the Spanish style equivalent, this makes up for depth with bright aperitif crispness. This is an oloroso inspired style ideal for mixing. 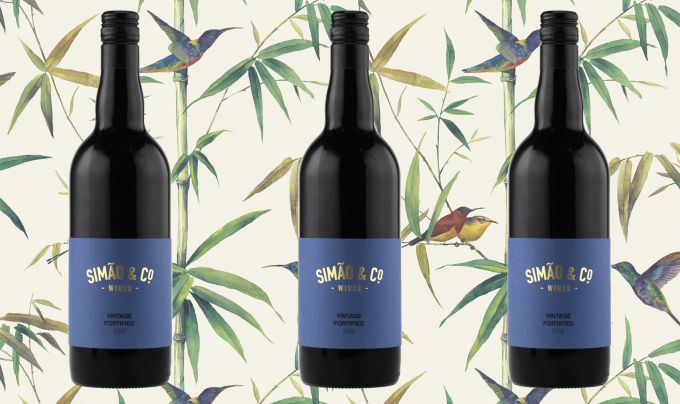 Simao & Co. Vintage Fortified 2016 (19.6% ABV)
7th generation winemaker Simon Killeen of Stanton & Killeen lineage (responsible for some of the best vintage ports produced in this country) makes a bold statement with his higher alcohol, drier Vintage Port. Drinks closer to the great VP’s out of the Douro (Portugal) in style, than those produced locally these days. Structural and tense with a big whack of cedar and clove spice. These single vintage styles are quite unique in that they often most resemble table wine. This creates broad scope for how it can be used in mixed drinks, with less sugar and subsequent viscosity.

Drink recommendation: Due to the tannic nature of Vintage Ports (rather than the softer Tawny style) I’d recommend using in drinks containing eggwhite such as a Chicago Fizz or New York Sour.
Buy Simao & Co. Vintage Fortified 2016 here. 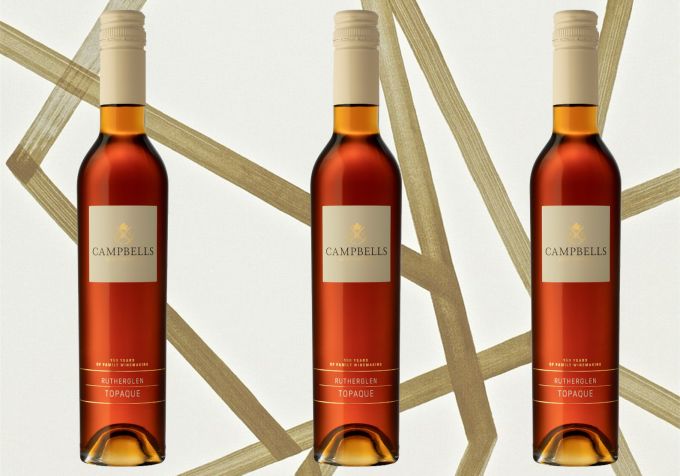 Campbells Topaque (17.5% ABV)
Established in 1870, the Campbell family have been continuously making fortified wines ever since. Made from the muscat variety, the grapes are left to hang on the vines past regular ripeness to get enhanced richness and concentration. The rich juice is balanced with grape spirit and added to the solera. A blend of various aged components ensures ‘house style’ for this non-vintage expression. Toffee and tea leaves are the most notable aromatics, with a candied citrus backbone that ensures a fresher style of fortified compared with muscat. A stronger ‘grape’ presence in this wine edges it closer to the vermouth spectrum (Cocchi Americano for reference).

Drink recommendation: The unique aromatic profile and tea characters lend me to using it in a highball serve with a grain whisky (such as Toki or Jameson) and soda with a wedge of orange.
Buy Campbells Topaque here. 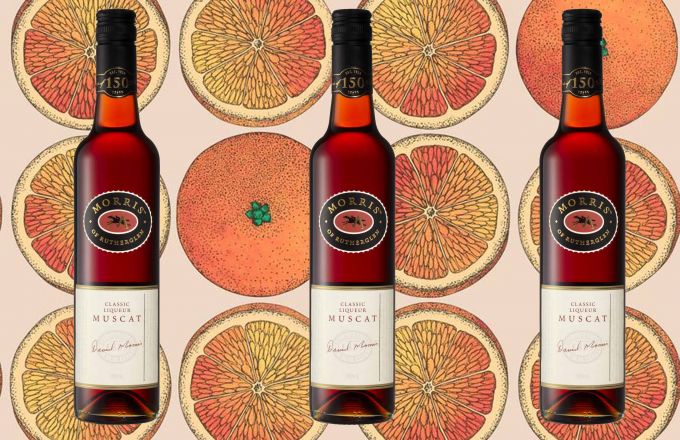 Morris Classic Muscat (17.5% ABV)
Established in 1859, there are few family names more synonymous with sweet fortified wines than the Morris’. Much like the Topaque, the grapes are left to hang on the vine to raison, concentrating the sugars. This a blend of 8-10yr barrel aged components which pushes freshness above a bed of rich, Christmas cake spice – a true benchmark in style. This is arguably the style of wine most iconic in our winemaking history.

... comment(s) for Your Guide to Australian Fortified Wines