The rise of the craft Australian distilleries - Part 1 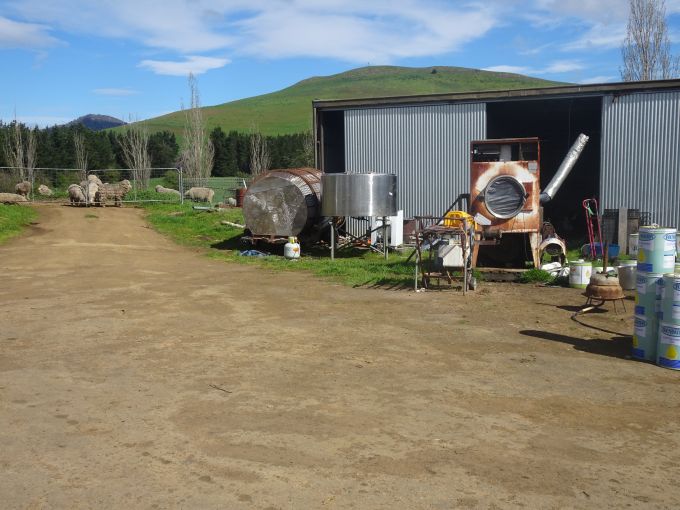 It seemed not so very long ago that, if asked to name an Australian spirit, an average drinker’s response would have extended only as far as Bundaberg rum. These days, choices go beyond good old Bundy, with a plethora of local brands taking pride of place on many a back bar and retail shelf, thanks to a renaissance of smaller producers emerging on the scene.

Given the number of craft Australian spirits now available on the market, some might be surprised to learn that distilling in Australia was all but reserved for the big commercial producers until as recently as the early 1990s, all thanks to an archaic law that outlawed the use of small stills. Bill Lark of the eponymous Lark Distillery in Tasmania is widely credited with changing all that, and in turn, reinvigorating the Australian distilling scene. A land surveyor and self-professed whisky lover, Bill was on a fishing trip in Tasmania in the 1980s when a chance remark led to an epiphany that Tasmania contained all of the right ingredients for making world class whisky - yet no one was doing it.

Propelled by their can-do attitude, Bill and his wife Lyn set about applying for their distilling licence. It was then that they discovered the Distillation Act 1901 prohibited a licence being granted to anyone with a wash still smaller than 2700 litres, a far cry from the 20 litre still they had at the time. Not to be deterred, the Larks lobbied their local parliamentary member to change the law and the rest, as they say, is history. When Lark Distillery opened, theirs was the first general spirit maker’s licence to be granted in the state since 1839. 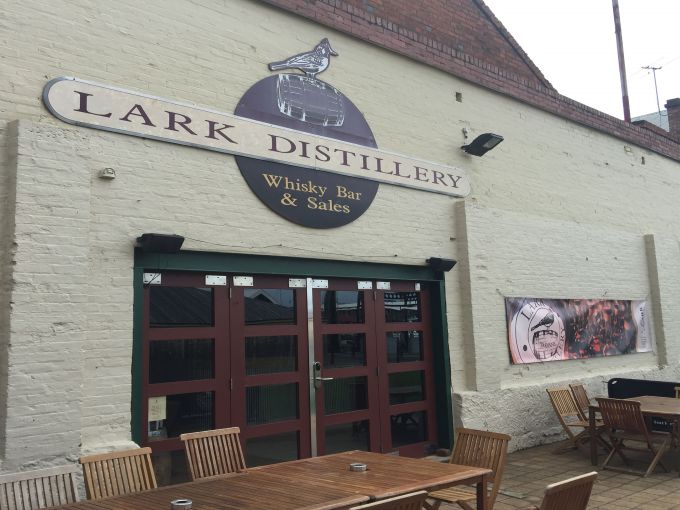 Since that time the Larks have set about making quality spirit, with their whiskies consistently winning awards. Not only that, their generosity in mentoring others looking to do the same has helped to spawn a thriving industry. Today, that industry has grown to what has been estimated to be well over 100 distilleries operating across the country (with the number rising steadily by the day), all producing a spectrum of spirits ranging from gin and whisky through to brandy and absinthe. With the change in distilling laws, many passionate producers were able to turn what would otherwise be a pipe dream into a sustainable profession. Echoing the steps of many others like him, William McHenry left a corporate career to set up Australia’s southernmost distillery in Port Arthur, Tasmania. David Vitale of Starward was an e-learning specialist before establishing what would become one of Australia’s largest whisky distilleries in Melbourne. 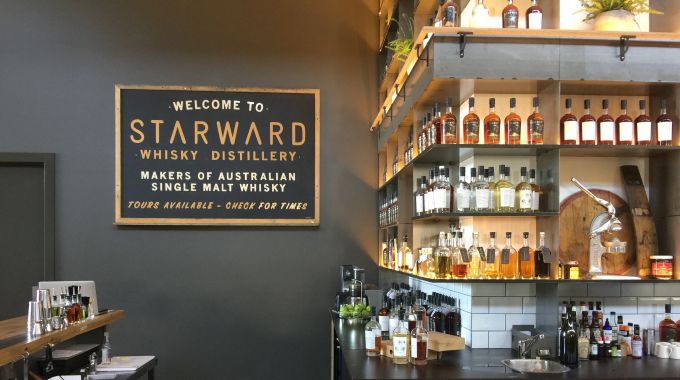 But it was not until fellow whisky producer Tasmania Distillery took out Best Single Malt at the 2014 World Whiskies Award for its Sullivans Cove French Oak whisky expression that Australian spirits were catapulted onto the global stage. The ensuing interest in Sullivans Cove, and by association Australian distilling, generated the kind of publicity for the industry as a whole that small producers with little to no marketing budget could only dream about. It didn’t hurt that Sullivans Cove’s victory preceded double gold medals being awarded to Four Pillars gin in the 2014 San Francisco World Spirits Competition and West Winds gin the year before.

Around the same time, bars such as Bad Frankie in Melbourne and Thrift Shop Bar in Adelaide sprung up with their pioneering all-Australian menu, thus helping to propagate the message that local craft spirits were worthy of attention. The growing focus on provenance in food and drink and rising prominence of social media further provided producers with the means to captivate their audience with the story of their “why” as well as their “what” and “how”.

But what makes modern Australian spirits so special? Unshackled by custom or tradition, Australian distillers are free (and haven’t been afraid) to experiment and adapt to the conditions around them, often producing results that defy expectations. Peter Bignell of Belgrove Distillery in Tasmania is well known for his unorthodox methods, often transforming what appear to be common household appliances into distilling equipment and utilising unusual materials such as recycled cooking oil to fire his stills and using sheep manure in lieu of peat. Such methods have not been at the expense of quality, with his resulting rye whiskies garnering critical acclaim in Jim Murray’s Whisky Bible and scoring a spot on Noma’s drinks menu over their ten-week residency in Sydney in 2016. Starward also won hearts over with its Wine Cask Edition, which is matured exclusively (as opposed to just being finished) in wine casks sourced primarily from the Barossa region and shipped to Melbourne, where its variable weather poses another challenge to manage. 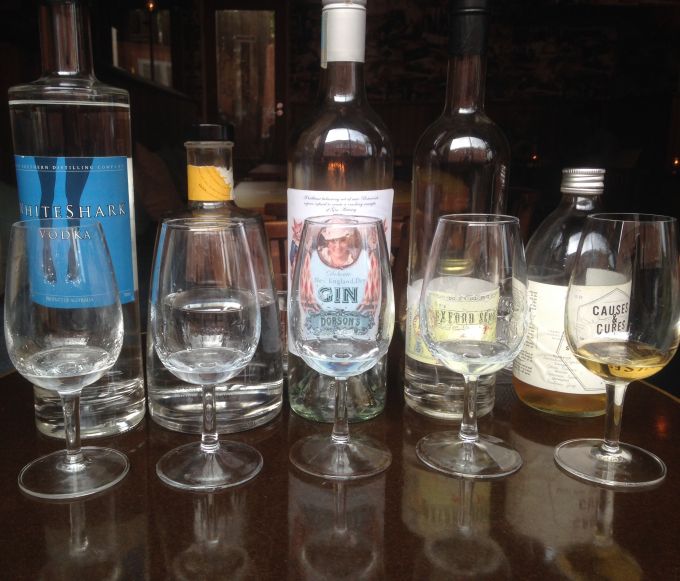 Production methods aside, many Australian distillers also capitalise on the abundance of local resources around them to create a liquid with a unique flavour profile. Gin distillers all over Australia in particular have reinvigorated the category with their varied spin on the classic flavours of gin, from the lemon myrtle and Tasmanian pepperberry used in Four Pillars, bush tomato in West Winds, the murraya flower in Distillery Botanica gin through to the bunya nut in Mount Uncle’s Australis gin. Similar Australian native botanicals have been used to great success by Adelaide Hills Distillery in its Gunnery Spiced rum, Maidenii in its range of vermouth and Applewood Distillery in its creation of what is touted to be the Australian alternative to Campari – the Red Okar, which stars the humble riberry.

Yet despite what seems to be an explosion of new Australian spirits on the market, there’s little doubt that the industry is still in its toddler years. Kathleen Davies, founder and marketing manager of Nip of Courage, a distributor of wholly Australian spirits, estimates that less than 1% of spirits consumed in Australia is locally made. While this is partly driven by a lack of (albeit growing) consumer awareness, it’s also a simple matter of volume. With the exception of a few commercial producers such as Bundaberg, most if not all other makers of Australian spirit are considered boutique. To put things into perspective, whilst well known whisky maker Glenfiddich is pumping out 14 million litres of pure alcohol annually, only a handful of Australian producers are breaking 100,000 litres of pure alcohol.

For many local distillers however, a significant inhibitor to growth (and increasing volume) is the punishing tax regime in Australia. Philip Moore who produces a range of liqueurs, absinthe and gin at Distillery Botanica in NSW, agrees. The regime currently sees him paying close to $30 in tax for a 700ml bottle of his Moore’s Vintage Gin that has an alcoholic strength of 40% ABV. By contrast, the same gin if produced in America, would attract tax of closer to $3 a bottle. Coupled with the relatively high cost of Australian labour and materials, a producer such as Philip would be lucky to see $10-$20 in profit from each bottle.

Little wonder then that lobbying for tax reform is high on the agenda for many in the industry. Whilst change is slow to come, there are signs of promising progress. In the 2016 Federal Budget, the government announced an initiative whereby domestic producers could claim a refund of up to 60% of the excise they pay capped at $30,000 per year. The amount may not seem like much but for producers such as Craig Johnson and Mel Davies, the owner operators of Loch Brewery and Distillery, this tax relief when it comes into force represents the wages of an assistant to help at their cellar door on a regular basis, freeing them to focus on stepping up production of their gin, beer and soon to be whisky on their property in regional Victoria. Having said that, any joy they had from the excise relief announcement has been tempered somewhat by their recent discovery that the refund is across all excise they pay for the beer and spirits they produce as opposed to a separate cap for each, whereas the situation would have been different had they been producing wine and spirits.

Nevertheless, even with the challenges posed by regulations and tax, it is clear that Australian distilling is on an upward trajectory. Australian spirits continue to kick goals at respected global industry awards. At the premier bar festival Tales of the Cocktail in New Orleans in 2016, there was for the first time a dedicated session exploring Australian spirits. And in a sign that even the bigwigs are taking notice, Distilled Ventures, a project created by giant drinks company Diageo to invest in promising drinks start-ups, added Starward whisky to their portfolio in 2015. The future is looking bright indeed.

... comment(s) for The rise of the craft Australian distilleries - Part 1