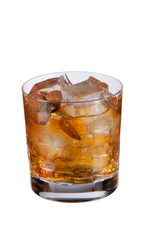 The sponge cake has conquered the world with versions popular in countries across Europe and as far afield as Malaya, but it is the Americans we have to thank for National Sponge Cake Day, celebrated on the 23rd August each year. But, dear readers, this is a quintessentially English cake.

The earliest known sponge cake recipe is found in English poet, Gervase Markham's 1615 book, The English Huswife, Containing the Inward and Outward Virtues Which Ought to Be in a Complete Woman. Indeed, to this day, every self-respecting English housewife (and indeed househusband) bakes up a mean sponge cake - whether she (or he) is virtuous, complete, or not.

Our favourite British sponge cake is the Madeira Cake, so we'll be watching episodes of The Great British Bake Off while sipping on a Madurised Old Fashioned and dreaming of one of mum's light and moist Madeira Cakes.

The first great heartthrob of an era, Rudolph Valentino, died of appendicitis this day in 1926, aged only 31. Valentino's magnetism was such that 100,000 people turned out for his funeral, and some fans reportedly committed suicide.

Star of The Sheikh, Valentino was a talented actor, dancer and, according to Jack Dempsey, a great boxer too - he once beat the boxing correspondent of a newspaper in a duel. He led an actors' strike against the studios, published a book of poetry and recorded two songs.

His contribution to the cocktail world? The Blood & Sand, which takes its name from a film he starred in, as a bullfighter torn between his childhood sweetheart and an aristocrat's daughter. This is our take on the classic Blood & Sand. If you haven't tried it you will, we feel, enjoy. And if you have, we recommend you take the opportunity to rediscover it.