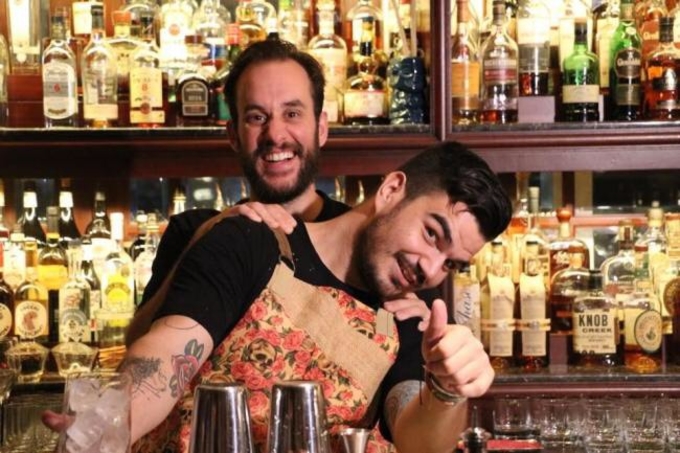 2014 was a landmark year for Nikos Bakoulis and Vasilis Kyritsis, the best-known bartenders in Greece: it’s the year they opened, with three non-bartending partners, their much-awarded bar, The Clumsies. Kyritsis cites it as one of the three greatest experiences of his life, alongside winning World Class Greece in 2012 (Bakoulis won in 2011) and working a stage at Tony Conigliaro’s Drink Factory.

In fact, after working together for five years and co-owning a business for more than three, the pair consider each other brothers. They finish each other's sentences, complete one another's thoughts, and might, for all the world, be related - an affinity that comes in handy in the workplace. "We try to work as one person," Bakoulis explains. "There are small gaps, for example Vasilis gives more focus to upstairs and the lab and how the lab runs, while my focus is more on the bar needs and the daily routine. But for the drinks we work all together as a team."

So insanely inventive are those drinks that The Clumsies' menus - themed around topics including Einstein's theory of relativity - can be news events in and of themselves, while the bar holds the highest position in the 2017 World's 50 Best Bars list outside of London and New York. Their 2017-18 menu, Genesis, centres on Greek words that have been adopted into English. With drinks titled Nostalgia, Eureka, Chaos, Echo, Phosphorus, Siren, Nectar and the like, it neatly solves one nagging problem for Greek bartenders: creating drink names that both their home customers and their international audience can understand.

A new menu is in the works for spring, but the pair's Heering cocktail, Aristocracy, follows the Greek-English pattern: the name literally means "rule of the best". It's a hybrid of the gin and tonic and the cherry gin sling, with extra complexity from their house-made Mediterranean elixir. (Bakoulis and Kyritsis got to know each other while working at The Gin Joint, and it's still a spirit that's close to both their hearts.)

While the part of The Clumsies which draws media attention is The Room, an intimate, reservations-recommended upstairs space that houses no more than 13 guests, the pair and their partners are more than comfortable in the world of high-volume bars. The Clumsies' downstairs space holds 350 people and the drinks list, which focuses on vintage cocktails and premium spirits, is entirely different from the cutting-edge and often culinary concoctions served upstairs.

In recent years, Athens has come to punch far above its weight in cocktail terms. For a city of under 700,000 people in a country with fewer inhabitants than Moscow, the Athenian bartending scene is spectacular. Yet, the pair agree, it's a very new phenomenon. "Our first bar was only opened in 1957, so if you compare it with London or New York, where some bars have 200 years history, we only have a short time," says Bakoulis. (The bar, Au Revoir, is still run by the founder's son and has never been redesigned, Kyritsis adds.)

Before that, the only businesses that sold alcohol were kafeneio, Greece's answer to the village pub or an old-fashioned Italian bar. "You could have a coffee and some meze (a little tapas), with some ouzo or tsipouro: but no spirits like whisky or gin," Bakoulis says.

Both Bakoulis and Kyritsis have worked in bars since they were 18. They agree that Greece's economic crisis helped drive the growth of the hospitality industry, not least because so many people drifted into the trade due to pressure on more conventional jobs. But they also feel, although the only drinks brand to have travelled outside Greece is Metaxa, that the country has good bartending fundamentals. "We have a lot of fresh spices, herbs and fruits - and when Greeks start to do something they give their best," says Kyritsis. "That's why Greek bartenders have grown their skills very, very fast, and having so many ingredients with good quality gives us the chance to work more creatively."

Yet if they could change one thing about the bartending industry, it would be addressing the egotism that can cloud what is still, at heart, a hospitality role. "We would try to explain to bartenders how important it is to be humble, and not focus only on the drinks but focus more on the customers, the people, the staff: try to lower down your egos and be more humble," Bakoulis says.

"Everything starts from there," Kyritsis adds. "If you work a lot with yourself, you can create better drinks: you open your eyes, you open your mind, so more inspiration comes to you." 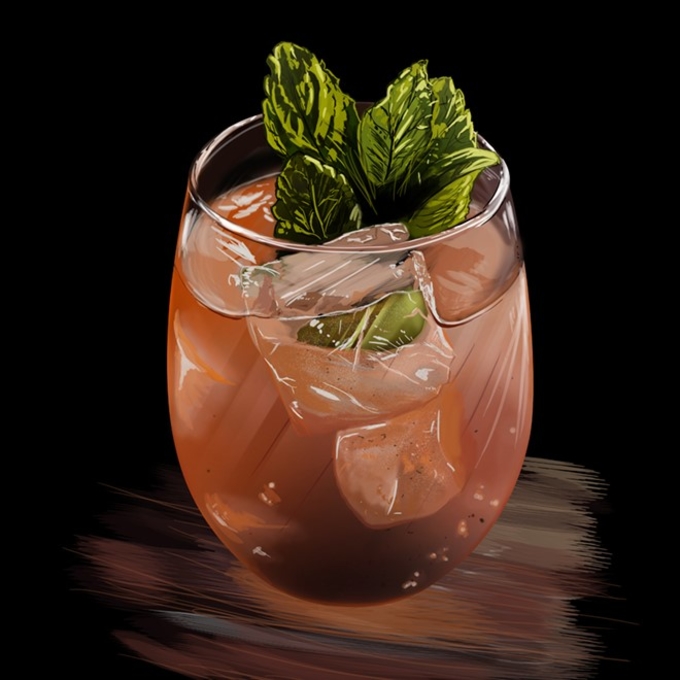 Cook everything on a sous vide for 2 hours at 50 degrees. Strain and store on a fridge.