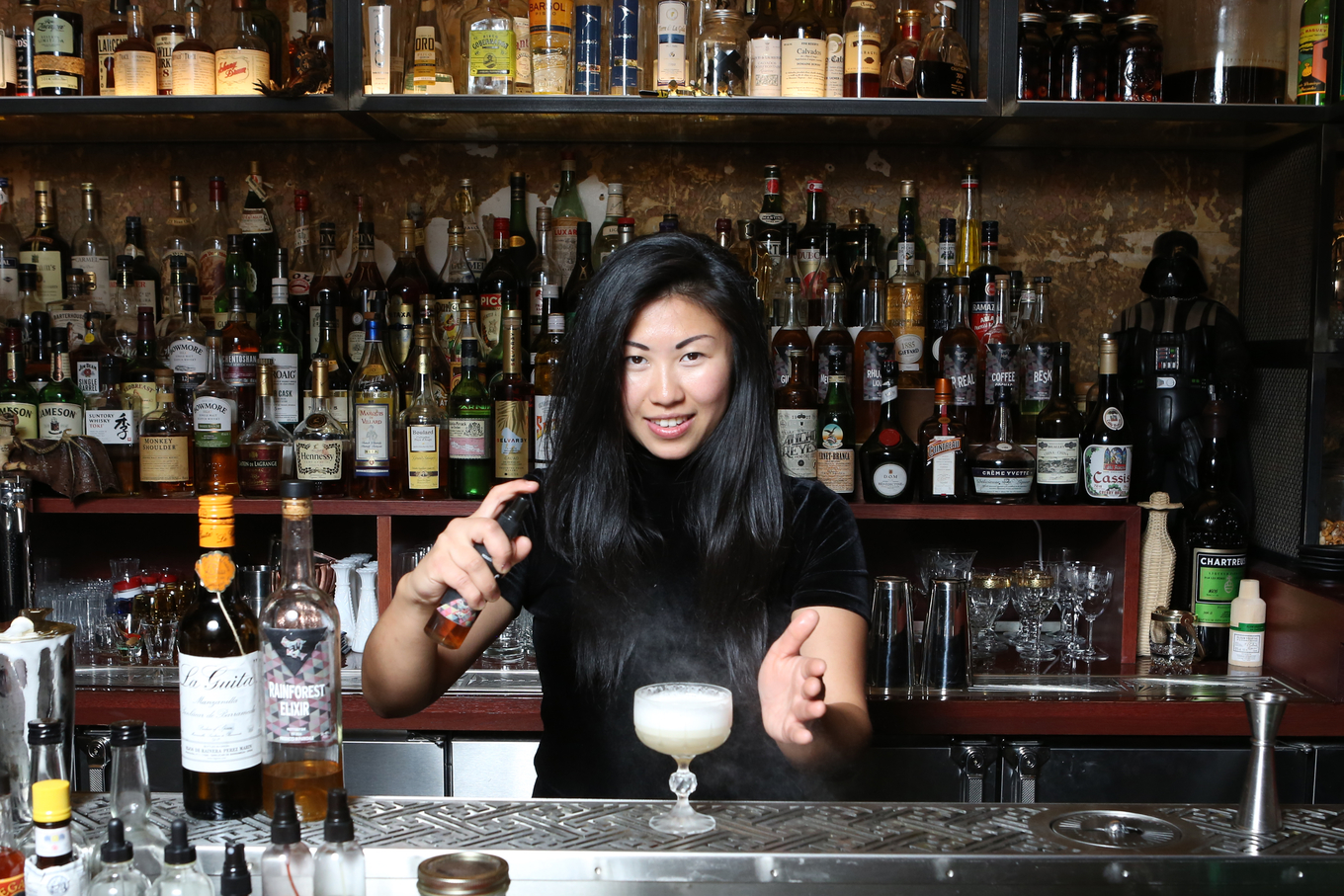 What's in a year? So many memories on a personal level. But in some years, there is catastrophic change, be it good or bad. Cherry Heering is set to celebrate 200 in business in 2018. It's a milestone the brand will mark by contacting the most illustrious bartenders around the globe, giving each the option to take one year and divulge what it means in terms of not only drink culture but of global humanity.

Hong-Kong-born Evelyn Chick works today in Toronto, at the acclaimed bar PrettyUgly on Queen Street. Petite, known for a love of and a skill with gin tipples and a famously warm smile, she was a natural choice for Cherry Herring in the endeavor. Her year of choice was 1841--and there's a lot to be said for the moments within.

The year of 1841 was a big one globally. In New York City, America's first steam-powered fire truck engine was tested. New Zealand was proclaimed an independent colony from New South Wales, and Queens University in Ontario, Canada got its charter.
However, for Asia, the years leading up to 1841were times of upheaval, war, a drug crisis and a trade imbalance.

To fully understand this time, you have to look back to the 1700s and early 1800s. Europe was experiencing a period of high demand for Chinese imports--particularly tea, porcelain and silk. The Chinese were rapidly seeking silver, imported from Europe.
However, for the British importing this silver, the sales were restricted by law to the southern port of Canton, and this was creating tension.

To evade these regulations, traders in the British East India Company began auctioning opium to independent traders in exchange for the English silver. The drugs then made their way up the coastline and into central China. It would create not only a rise in opium addiction around this region, but also a serious trade imbalance. This would all come to a climax in 1839, known as the First Opium War. It lasted from 1839 to 1842.

It was in 1841 that China ceded the island of Hong Kong to the British, officially signing the Treaty of Nanking in '42. The island and its inhabitants became a Crown Colony of the British Empire. It would remain under Great Britain until 1997.

"Though the history that led to this event was a blood bath from the Opium War, the influx of European immigrants allowed this tiny military staging point grow to a culturally rich, international city of 7.3 million in population," offers Evelyn Chick, who grew up in Hong Kong until the age of 15 and wanted this pivotal year of 1841 in order to inspire and craft her cocktail--the Bad Blood.

She formulated a beautiful a mix of Laphroaig Select Scotch, LBV Port, a half-ounce of Cherry Heering and three-quarters ounce of Spanish sweet vermouth.

"The Bad Blood cocktail signifies the gleam of hope and growth coming from a seemingly devastating event," she says. It's a slight play on the famous Blood & Sand, without the citrus. The Port adds the drink's necessary acidity.

Known for her simple executions of complex flavors in a glass, Chick works to adapt her menus to the palates of her guests, whether it's at the bar at PrettyUgly or at her own home entertaining. In fact, her fascination with drink design began at a very early age, in her childhood, Hong Kong home. She often joined her parents when they hosted business meetings, serving up, Chick recalls, an array of beautiful wines, Martinis, Port and Scotch whisky.

"I wanted to be involved, and was constantly finding ways to 'host' my father's foreign business partners," she laughs, "by shaking up zero-proof cocktails at home. Hence, I took interest upon spirits and wine at a young age."

Cherry Heering was among these early introductions, if in name alone. "I remember the fascination towards the Singapore Sling, and the economic status it carried if you knew how to order it at a bar," she recalls. An early admiration would lead to a significant moment for Chick in Asia, as her career blossomed.

"A few years back, I had the privilege of being the first-ever guest bartender at the Long Bar in the famed Raffles Hotel in Singapore during the inaugural Singapore Cocktail Week," she says. "It was incredible to watch the volume of Singapore Slings that went out from that bar to serve guests from all over the world. I made a menu surrounding Cherry Heering and had the pleasure to make a few Singapore Slings using the original recipe in its home bar. It was a bucket list experience." 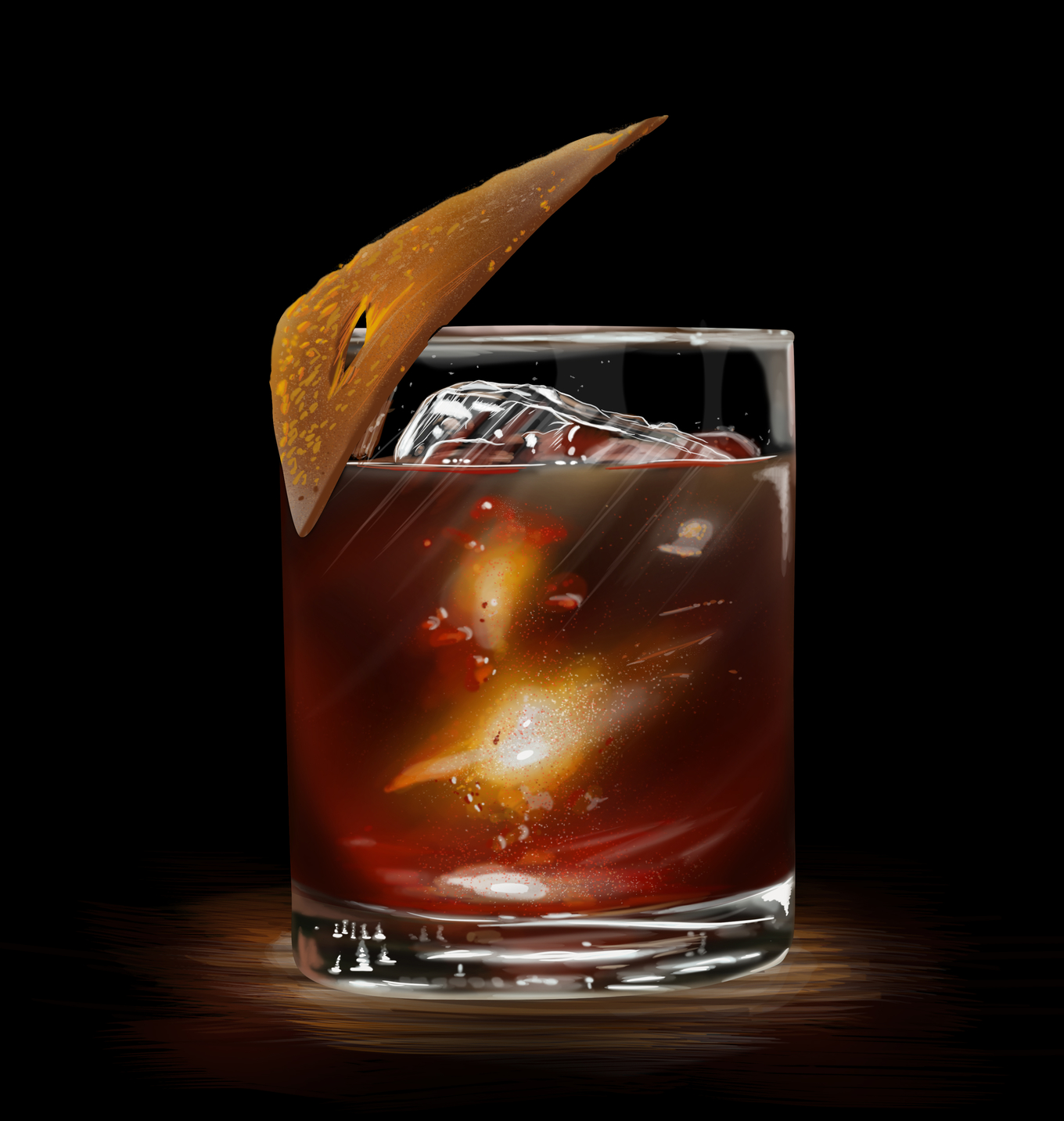