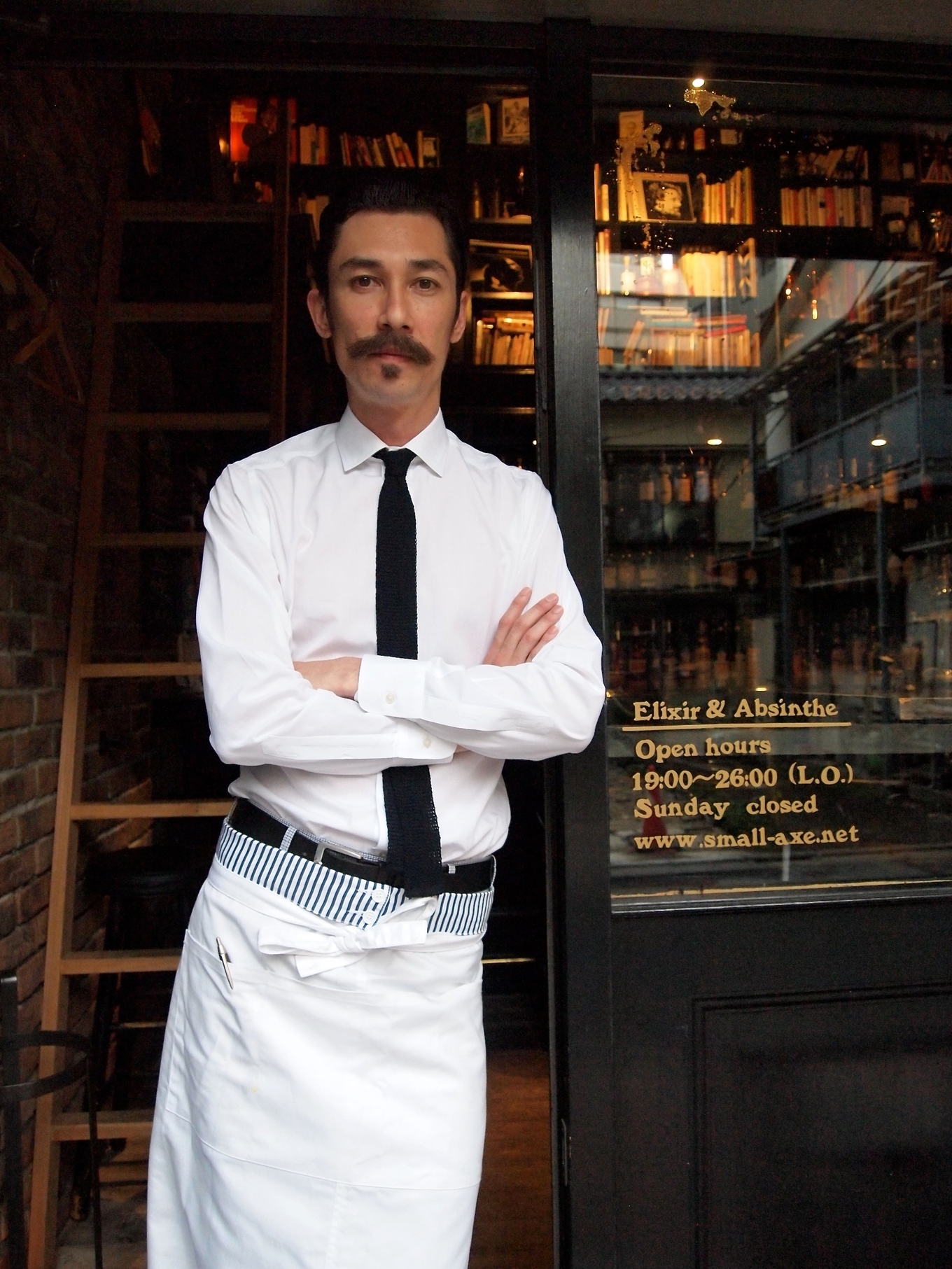 The precision and perfection in every action of a true Japanese bartender has become an art form to be watched by the rest of the world.

In the milieu of highly crafted mixology, the art of Japanese bartending has greatly influenced many other styles. Most probably by its unparalleled attention to detail and finely tuned techniques, as much as by the development of more elegant products and sophisticated bar tools.

This is surely the case of Brazilian Rogerio Igarashi Vaz. Of Japanese stock, he has been living in Japan now for 23 years and mixing drinks in Tokyo for over 15 years. From learning his craft in Tokyo - and being eager to know more - Rogerio has also been guest bartender in Brazil, London, Hong Kong and Moscow.

Co-founder and Chief Bartender of Bar Tram and Bar Trench in Japan, the latter of which was chosen as one of the World's 100 Best Bars in 2014, Rogerio incorporates some South American vibe into his drinks - creating an enticing blend of East and West.

He explains, "Japan has a strong cocktail base with its own styles and techniques. And the majority of proper cocktail bars can be quite formal. My mission is to make cocktails as sociable as possible and approachable to everyone by showing Japanese customers the FUN of cocktail drinking."

He introduces the fun part of cocktails by twisting old world cocktails into re-imagined modern versions, sometimes using unlikely ingredients - such as bacon and seaweed.

Commenting on the latest trends in Japan, Rogerio says, "Not so long ago we could see garnishes going crazy, not only in size but in creativity as well. It was part of the fun. But, now more and more I can see that garnishes are getting smaller and smaller or there's even a trend towards 'no garnish'. Nowadays, the bars are focusing much more on the serve inside the glass than the presentation outside the glass."

As with all Japanese bars, there are no large venues such as we find in Western countries - usually these are small bars tucked away discretely down side streets. And, true to the genre, Rogerio's Bar Trench is located in a small back alley in the Ebisu area of Tokyo alongside its sister venue, the Bar Tram.

The two bars are the only dedicated absinthe and whiskey bars in Tokyo. The interior of both places were inspired by the American 1920's - the era of the speakeasy complete with dim lighting and suitable music. And, to add to the magic, the atmosphere is further enhanced by bartenders immaculately dressed in uniforms from that era.

Rogerio is a devoted absinthe aficionado, and he sees his mission is to educate and illuminate others about 'la fée verte' (the green fairy). Therefore, his bars have an impressive selection of absinthe from over ten countries around the world. And to add to the mystique - they are served the traditional way with absinthe fountains, spoons and other accoutrements.

He says, "Bar Trench has been a retreat not only for Tokyo locals but also for cocktail lovers from all over the globe since it opened in 2010. Even though Trench is known for its absinthe, on the menu you can find cocktails for all tastes."

The drinks menu is expansive with both original and American inspired cocktails; and a whisky list that is on par or better than many American bars. The bartenders are well versed in all standard cocktails and will create concoctions to suit or enhance a customer's preferences.

To celebrate Cherry Heering's 200th anniversary, Rogerio says his cocktail 'End That Didn't End' - was inspired by the year 1999.

"1999 was the year the World was predicted to end by Nostradamus, many preachers and cult leaders around the world including The Amazing Criswell and Kabbalah Centre's Phillip Berg - and even my mom predicted the end of the world."

Revealing also, "It was the year that the Euro was established; and also the year a total solar eclipse occurred in August. The Power Mac G4 was released then. And Bill Gates became the wealthiest man on earth and the sci-fi film Matrix was showing in movie theatres. It seemed as if the Future and the End were all happening together within the same year!"

To bring a sense of the Japanese cocktail culture from that period, he says, "In the 90's in Japan, creamy cocktails were the ongoing trend. My idea is to bring a little essence of the 90's by using ice cream and the fruity and nutty tastes of Heering together with the latest trendy spirit, Mezcal into the mix - based on Harry Craddock's 1930's White Cargo cocktail."

Adding, he says, "Cherry Heering was the first product to be imported by Suntory in 1899. So, it is more than 100 years that Cherry Heering has been around the bars of Japan. One of the few Japanese cocktails that became well known outside of Japan then is the Cherry Blossom cocktail (brandy, Cherry Heering, orange curaçao, lemon, grenadine). The drink was invented by Tao Tazaburo, owner of the Paris Bar in Yokohama in the 1920's. This recipe also appears in the Savoy Cocktail Book." 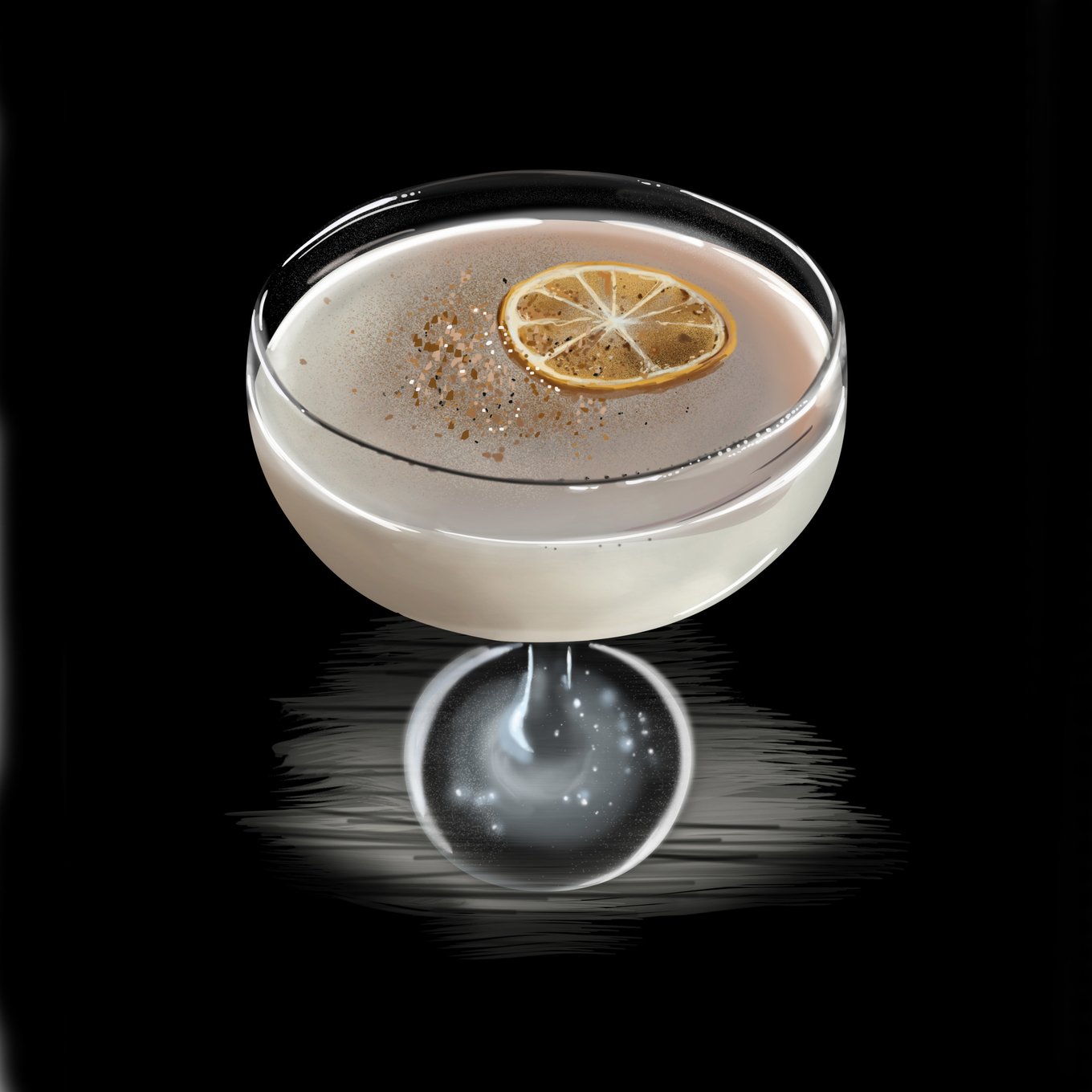