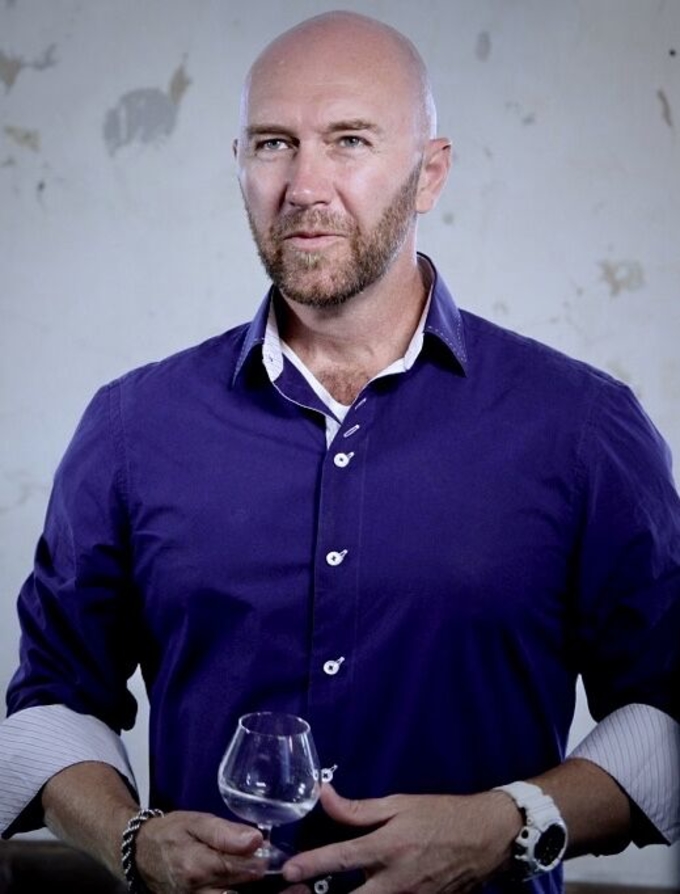 As the National Training Manager for the Fine Drinks Movement in Sydney Australia, Gee is at the forefront of providing new and innovative training programs for the current & next generations of Australian bartenders.

With over 20 years service to the liquor industry, he has distilled his knowledge into The FDM (Fine Drinks Movement) - a multi tiered training program that combines online and real world education for the time-poor but digitally savvy modern bartender.

Spreading knowledge of the latest trends alongside classic bartending skills is Gee's passion. His development of the Fine Drinks Movement training program is testament to his enthusiasm for educating both the basic skills and more advanced innovation required by the modern bartender; "The vision is to create a community of passionate liquor industry professionals and to reach a massive kind of network of like minded bartenders and industry folk on a global level, if you like. It's one of those things I hope should generate its own community. It's something for career bartenders to enjoy and to be involved in but it's there really for those who want to improve themselves, their knowledge and skills to really develop and flourish in their role."

When Gee started bartending, the industry was solely reliant on recipe books and face to face on the job training and he is very conscious of not losing the personal touch.

His program relies on industry professionals and successful working bartenders to share their knowledge to a much wider audience than was possible in the 1990's.

"It's just an extension of what we do. It's really a reaction to what the world is doing in terms of education. We're all looking online. We're all searching for 'history of', and 'how to's'. All we're doing is putting our knowledge together into one place so that we can share the history and knowledge of what we've gathered through our years of experience of bartending. We speak a language that people understand and really the engagement is about that. It's about allowing a community of like-minded people to feel like they're a part of a wider family where best practice can be shared."

Gee chose 1973 from the 200 years of Heering because it was the year ofthe official opening of the world famous Sydney Opera House and the year that Gee was born.

It was his passion for training that gave Gee his abiding memory of Cherry Heering; "I was working for a company called Bar Solutions, and it was my job to travel to Singapore to educate a group of some 12 bartenders that were just about to open up a venue there. We finished up a day of hard work behind the bar making tinctures and syrups so I decided that I'd go off and do the touristy walk and rocked up at the Raffles Hotel where I had a little trip down memory lane - sitting at the bar, sipping on a Singapore Sling throwing peanut shells on the floor and imagining what it would have been like for Ngiam Tong Boon in 1915."

Gee's Heering Bicentennial cocktail revolves around a growing trend among international bartenders - sourcing and foraging domestic fruits and herbs to produce uniquely local and indigenous flavoured tinctures and syrups to compliment famous international brands like Cherry Heering." Exploring the use of Native ingredients, sustainability, community and 'doing the right thing' is a great movement in Australia being championed by guys like Something Wild Beverages."

Hailing from Wales and settling in New South Wales, Gee sees unlimited opportunities in native Australian ingredients; "I think it is a sign of the way things are going in this country. I've only been living here since 2009, but the abundance of flora & fauna here is incredible. We have access to an amazing mix of all sorts of colours and flavours and aromas. True Australian flavours are right here, they've been here for centuries but they just haven't been used. I'm definitely noticing a recent shift into the idea of introducing native ingredients on a much wider scale in cooking as well as bartending." "We have the ability to call on communities that have been harvesting certain plants for hundreds ofyears. We know close to nothing about the ways of living in a community with indigenous people. We can go to the Northern Territory or just around Darwin and be able to source a particular style of fruit or vegetable that has been enjoyed locally for generations. It's an incredible thing. I think it's definitely something that the community of bartending is beginning to embrace."

He sees parallels with Fine Drinks Movement with the construction of the Sydney Opera House - the iconic symbol of his adopted home; "In a very modest round about way I can understand the analogy - Jørn Utzon, the designer of the Opera House was tasked with building an entertainment venue even though plenty existed already but he tried to give a fresh and innovative spin to it. We're trying to do the same thing with training programmes -pass on age old knowledge in a fresh, innovative way." "For me it's really all about a part of my journey as well, because from a 16 year old boy falling in love with the stories of spirits on the back of bottles in my mums bottle shop to my first cocktail in the Greek Islands, to working, training and living in various bars across the world. I'm happy to have been able to create an education platform that scores of younger bartenders can gather more information at the touch of a button that took me 25 years to get!" 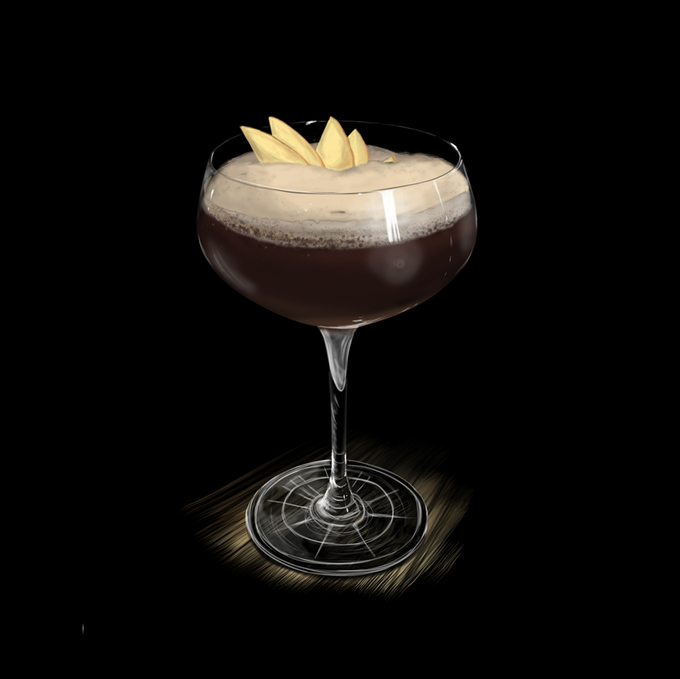 Glass: Coupe
Garnish: Apple fan (cut into chevirons and placed upright)
Method: SHAKE ingredients with ice and fine strain into chilled glass and top with a lemon myrtle foam (add egg whites for the foam and charge in a syphon then pre chill).

*To create the sous vide or crockpot quandong, slow cook until syrup like.