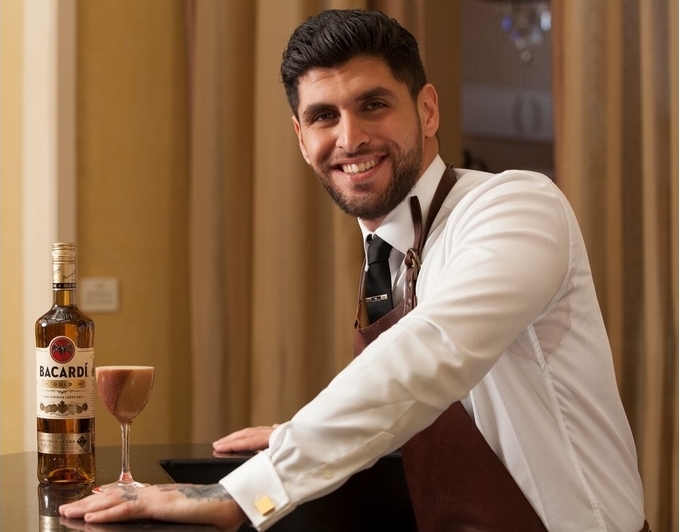 It was thanks to a documentary called Hey Bartender that Moe Aljaff felt inspired to become a part of the drinks industry and join the likes of Steve Schneider, Sasha Petraske and Dale DeGroff. Bacardi Legacy soon came calling, which Moe would come to compete in and win Norway’s national title with his cocktail, Carousel.

It was 2016 and Moe, having worked in hospitality for 6 years, with a recent entrance to the drinks industry – had mixed cocktails for only 4 months to be precise – when he was encouraged to compete in the competition. “When Alex Ruas, the Brand Ambassador in our region, handed me an invitation to Bacardi Legacy I saw a small way to 'maybe' get there,” Moe says. “And when Shervene Shahbazkhani came to town to do a talk about Legacy, I was completely convinced that this was the competition for me.”

For Moe, his lack of experience never put the competition beyond reach. Instead it meant he had to go on a journey to learn as much as possible, and it would be this passion for knowledge that crowned him Norway’s champion. “Because of my lack of experience with cocktails and cocktail bars, throughout my time in Legacy I felt that I was surrounded by far more superior bartenders than me,” Moe says. “I therefore kept pushing and challenging myself to know more, and that kind of worked out.”

Bacardi Legacy is not only for the most accomplished bartenders, or those already with vast industry connections, but it also offers a life changing opportunity for bartenders starting out in their career, as Moe found as he was propelled into a successful and bright future. “I began to see the BIG win, the people you met, the bonds that were created, the opportunities that arose, the doors that opened.”

A significant element of the competition is making strong industry connections. “I met a ton of people through Legacy who have since had a huge positive impact on what it is that I do today,” Moe says. “Through Legacy I also started working with AJ (co-owner with Moe of Two Schmucks). He helped me out with all things relating to marketing and that relationship has now grown into a partnership in the bar we own today.”

So Bacardi Legacy can be a transformative experience, and also both demanding and challenging. “I want to be transparent here, on the day it felt rough. But it’s good that it did, it meant that for once I really, really cared,” Moe says. “At the time, [Bacardi Legacy] was the hardest I had ever worked for anything; it kind of took over all my time and space for several months, but in a good way… it made me realize how much I could achieve if I only had the right fuel.”

“The challenges in Bacardi Legacy were plenty. Ones that stood out more to me personally was to be able to understand and learn what a great bartender in a cocktail bar was made of,” Moe says. “But mostly, it finally made me realise that I should do my own thing, that I had to believe in my own ideas and ways of working, no matter how crazy they were at times and it actually made me see how hard I actually could work for something as long as I believed in the idea.”

Those who win their national title, go on to compete in the Bacardi Legacy global finals. Each bartender has three months to promote their cocktail, to showcase its potential as a classic, among the likes of Mojitos and Daiquiris, through consumer and trade awareness and distribution. “I really enjoyed the part of Legacy that I thought I would dislike the most - the marketing. I loved it,” Moe says. “It was the most fun experience this industry had offered me so far, so I took that feeling and I ran with it.”

Presenting his cocktail for the judges once again, following his success through the promotional phase of the competition, Moe competed against 37 other global finalists and came away with the incredible 3rd place. Yet, the battle for the win was not a breezy one – Moe prepared over and above.

“My cocktail was a result of extreme amounts of trial and error,” Moe says. “Studying Legacy, I realised that most contestants chose to make their cocktail about the history of Bacardi, so right off the bat I knew I had to go the other way, I dug into my own story which for me seemed ordinary and mundane, but your normal will always be someone else’s abnormal. So, I decided to reinterpret flavours from a childhood memory I had into my cocktail and that memory became my inspiration.”

Moe’s legacy cocktail Carousel is a reinterpretation of his childhood visit to the carnival. He wanted to signify new beginnings, the time for a second chance, elegantly presented in a Nick and Nora glass, and a chocolate powder rim.

“Words to the wise,” Moe says to all bartenders looking to compete in Bacardi Legacy. “Be yourself, be honest, be humble, trust your gut and be yourself. By being yourself and portraying that to the world, you will show a genuine, honest and unique way of doing things that is unlike anyone else’s.”

And Moe has come out a much more skilled and experienced bartender. “Being part of Legacy was like nothing else, it altered how I looked at this industry, it was special, unique and nothing like anything I had experienced before,” Moe says. “If I would point my finger to one thing that makes this competition stand out from any other, it would hands down be the people.” 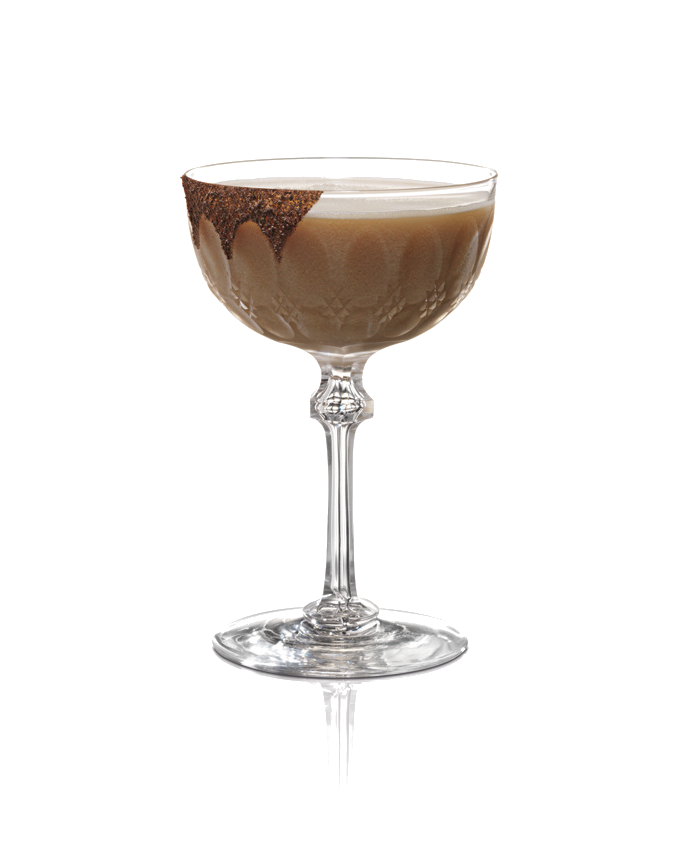