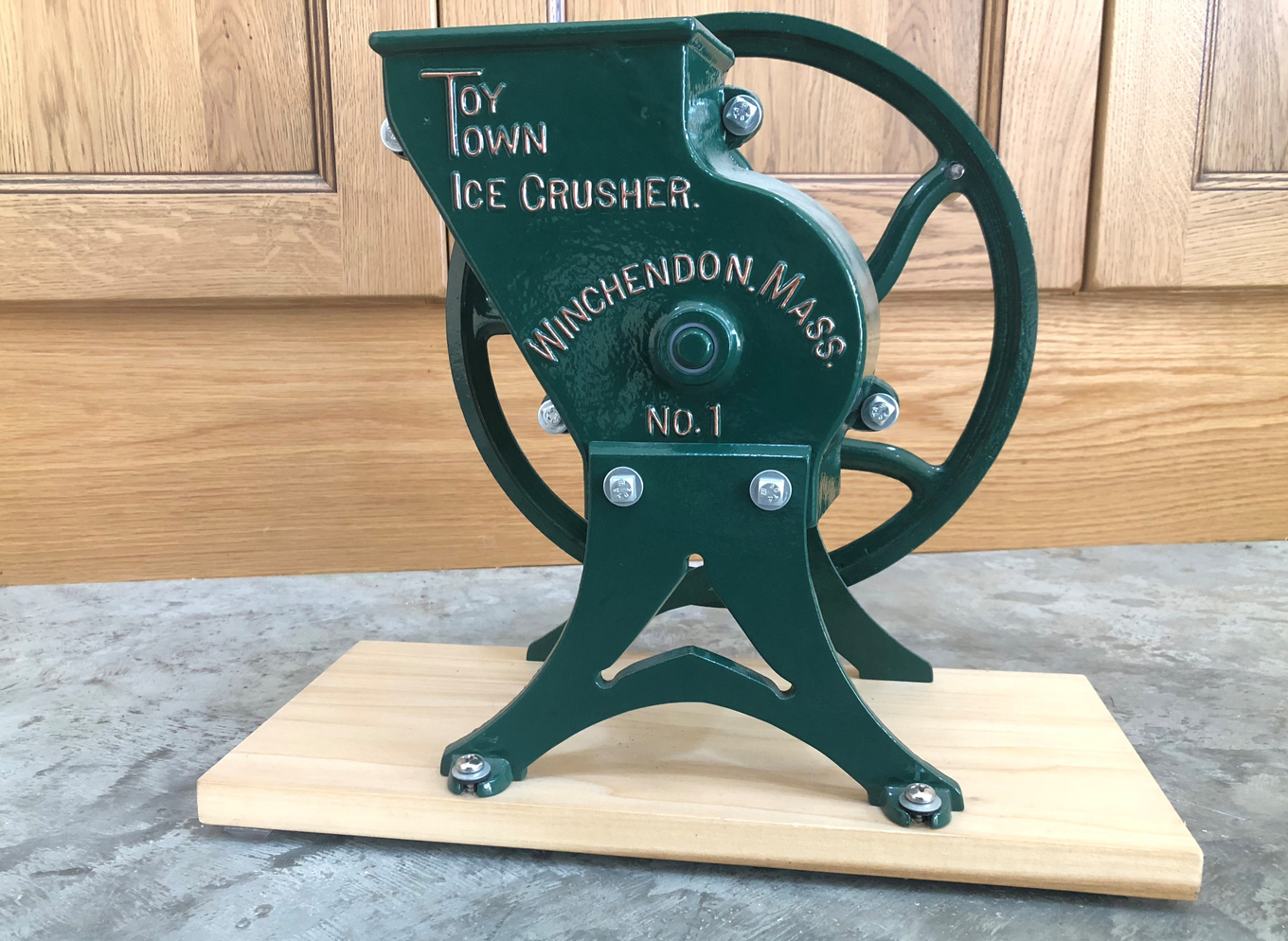 I first became aware of vintage hand-cranked ice-crushers whilst sat at a Manhattan bar. I instantly loved the combination of practicality and aesthetics of the Alaska No.1 machine mounted on the counter in front of me. Thankfully, I was sat with Paloma who quietly noted its name and then set about finding and buying a restored model for my Christmas present. It's been in constant service since.

Paloma discovered Brandon Neal, a pen restorer and craftsman with a passion-led side-line in ice-crushers. Thanks to him, we've also acquired the Toy Town No.1 (pictured above) for the bar I'm presently building. Indeed, we bought the ice-crusher months before even thinking about buying the machine to make the ice to put through it. Being vintage these machines are few and far between, but if you'd like one then the contact form on Brandon's website is a great place to start: 717products.com.

With just two ice-crushers I'm hardly a collector but I can appreciate the attraction of owning more of these highly practical mechanical artforms. Somebody who is an avid collector is Bernd Asendorf and he kindly sent me the following to share with you.

Ice, the unsung hero of every great cocktail had its humble beginnings in early 19th century America.

The seasonal logging slowdown made New England's unemployed lumberjacks available to cut ice from lakes and ponds. Sawdust was used to insulate the storage icehouses and also during transport to Eastern cities. By 1870, natural ice was widely available to private households on the east coast. Bartenders smashed the ice with wooden mallets in canvas or leather bags.

The first time the word ice crusher was used was on an 1880-patented machine from Springfield Massachusetts, for the E. Gilberts & Baker MFC. 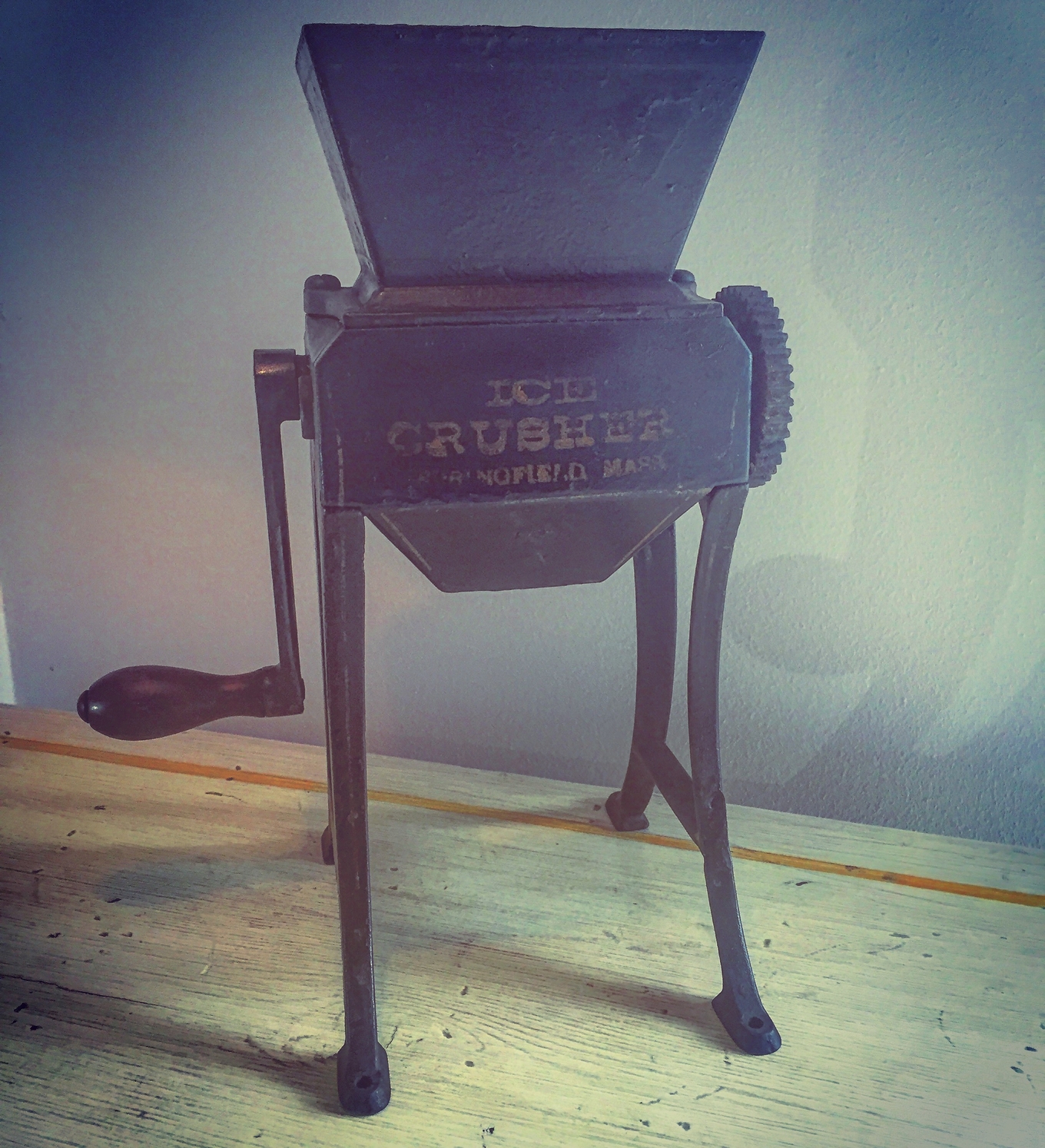 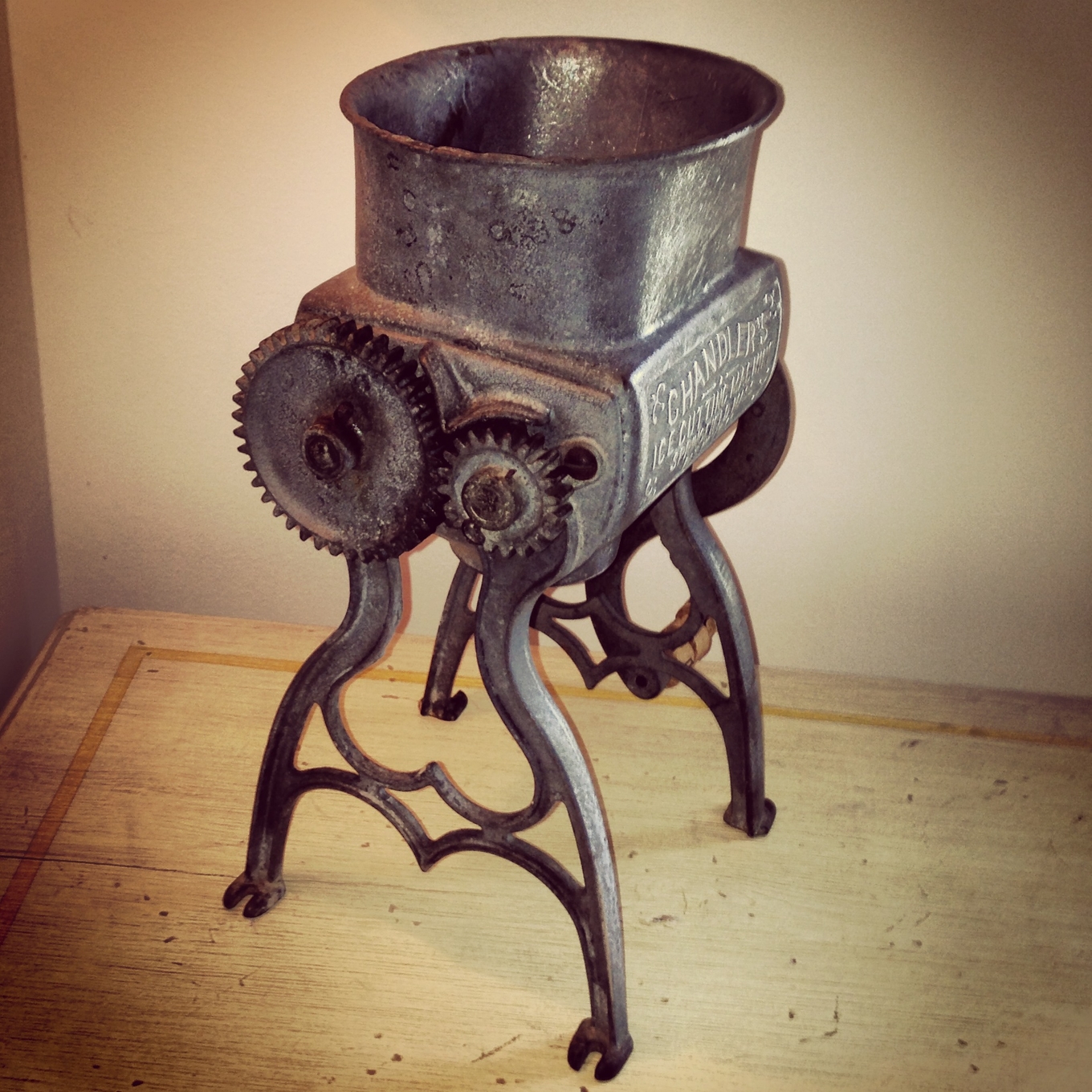 1880 patented "Candlers Ice Cutting Machine" Manufactured in Springfield, MA. by the "Jennings Corp" who later moved to New York. These machines came in 4 sizes and in brass and nickel-plated.

I have several nice showpieces called "ice breakers" by the Wharton Corp out of Philly. 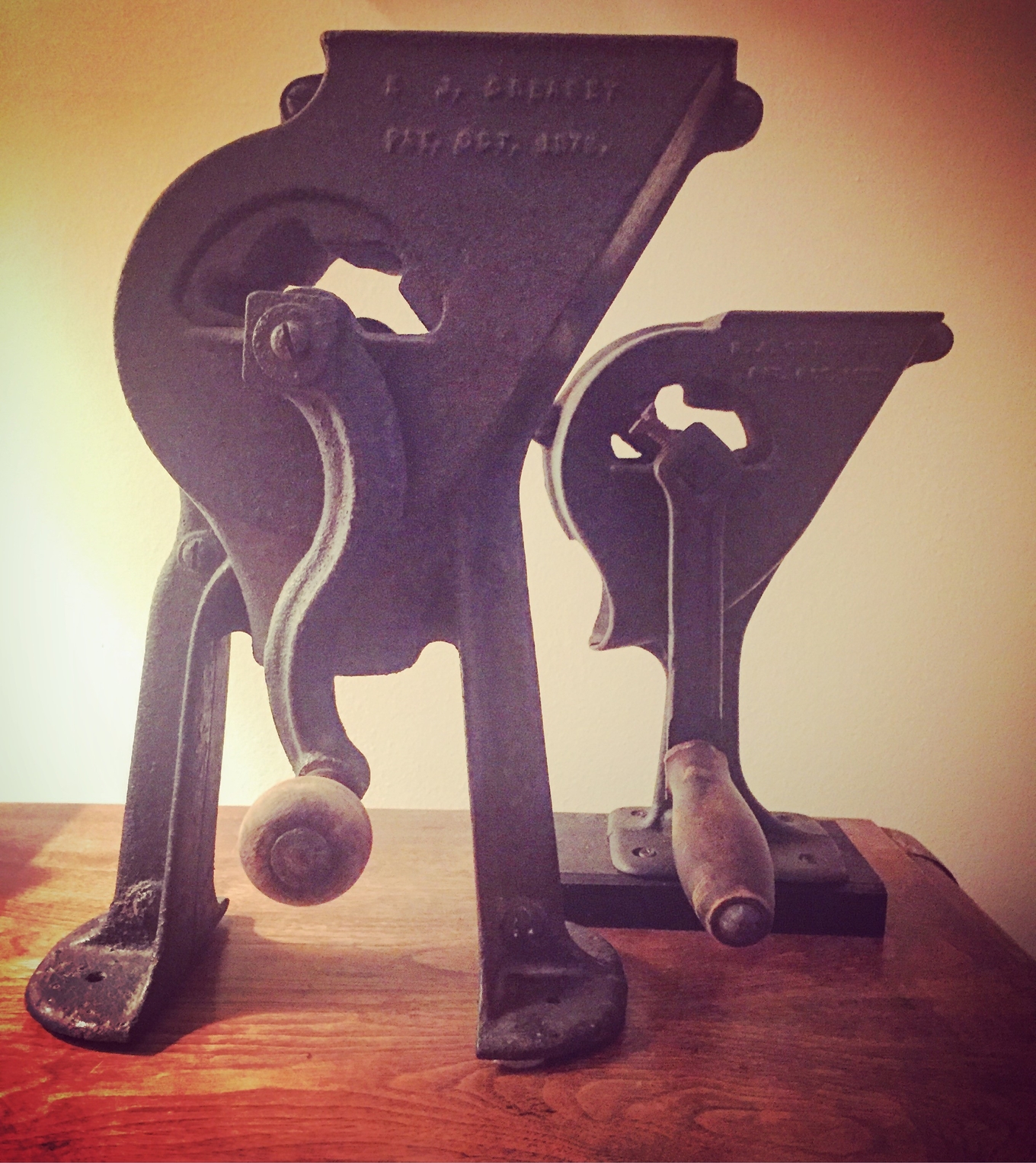 1878 patented "Ice Breaker" built by Wharton Corp. of Philadelphia, PA. This model came in 3 sizes. This piece is the smallest model and possibly the last one in existence.

J.S.L. Wharton was the founder of Bethlehem Steal and The Wharton School of Business. All these big and ornate machines were clearly meant to be seen, not hidden away in a pantry, to show off the host's pedigree through the lavish use of expensive ice. Iced drinks became all the rage and are to this day a very unique American trait.

The still popular mint julep in its silver cup with ice frosted on the outside exemplifies the trend of showing off ones wealth through the lavish use of ice. Ice was also seen as an antiseptic and healthy. After World War I, the natural ice trade disappeared and industrial ice was delivered to homes, sometimes twice a day. The new standard size ice made the big machines obsolete and the novelty of ice had worn off. In 1938, the ice cube crusher made its début from the Rival Corporation out in Kansas City. Christened the "Ice-O-Matic" for the home bar. 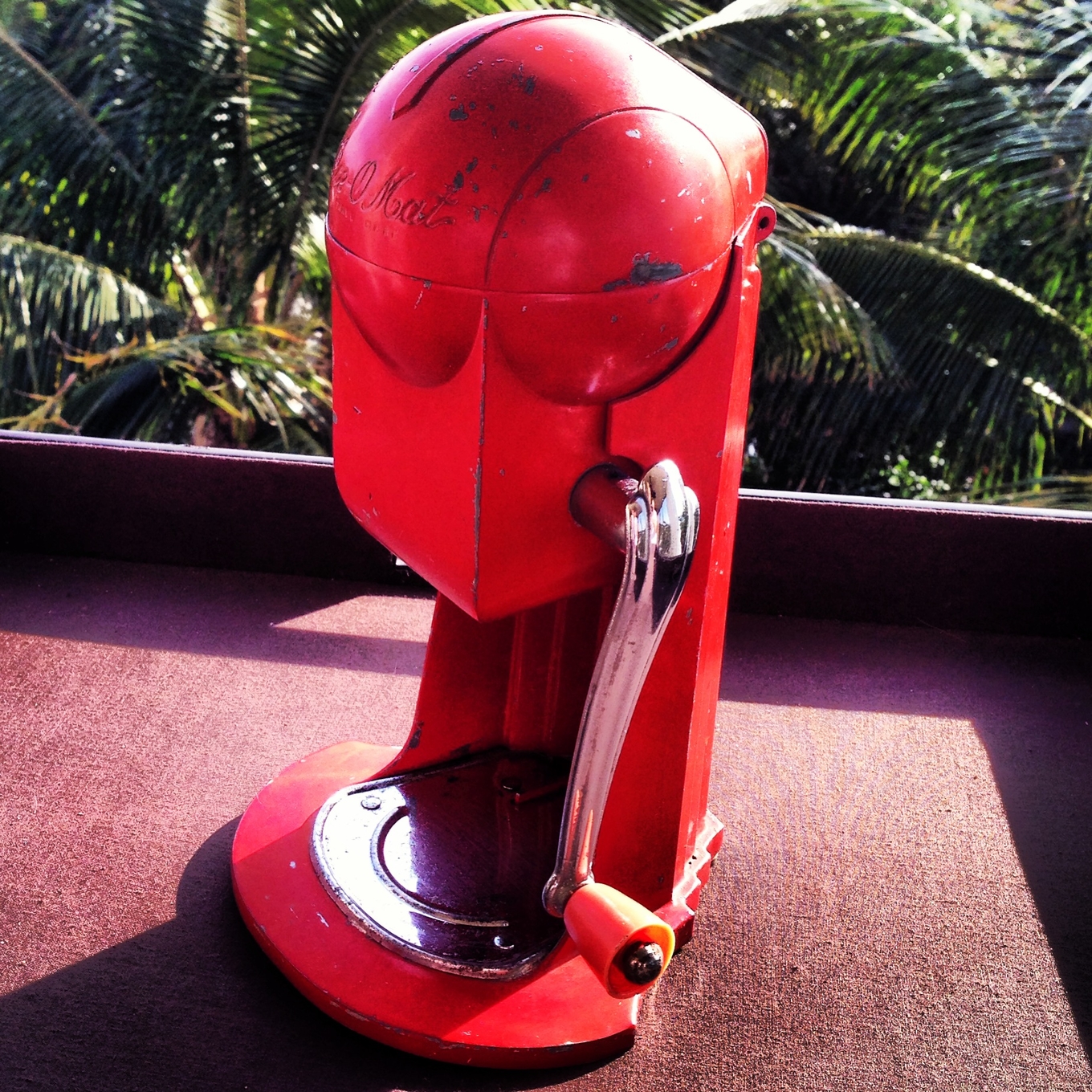 1938 patented "Ice-O-Mat" for the Rival MFG, Kansas City, MO. For the next 20 years, Rival went on to make many crushers in popular styles.

Many handsome models, in bright colors, followed through the decades and are easily identified by their styles. From spaceship wings in the 1950s, to the swanky styles o/f the 1960s. 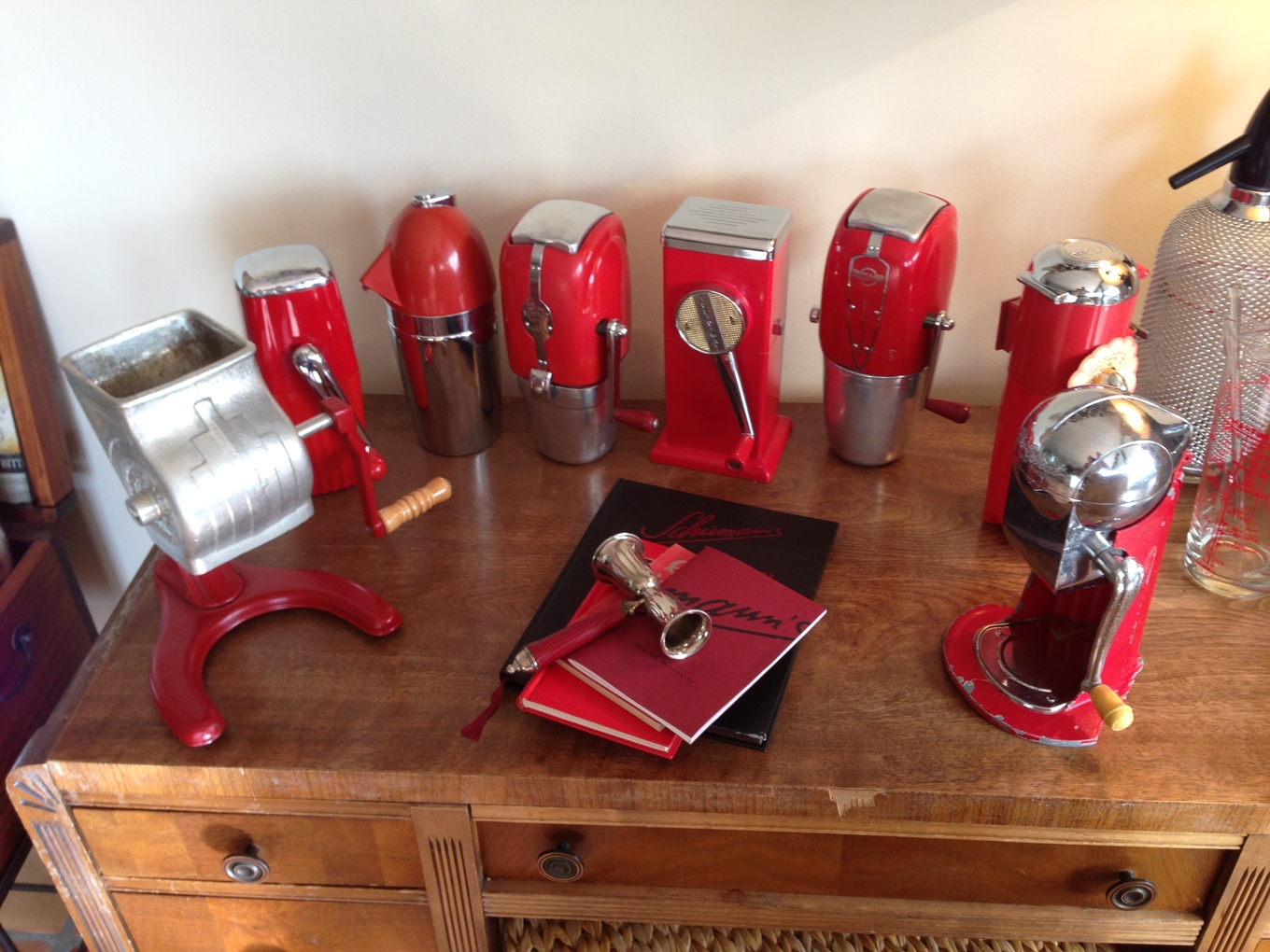 After that, the electric ice crusher and the blender took over, very few of the wonderful early machines made it through time. With their steam punk gears and exceptionally sharp blades and ornate presence, we hope they will one day soon return to a bar near you. 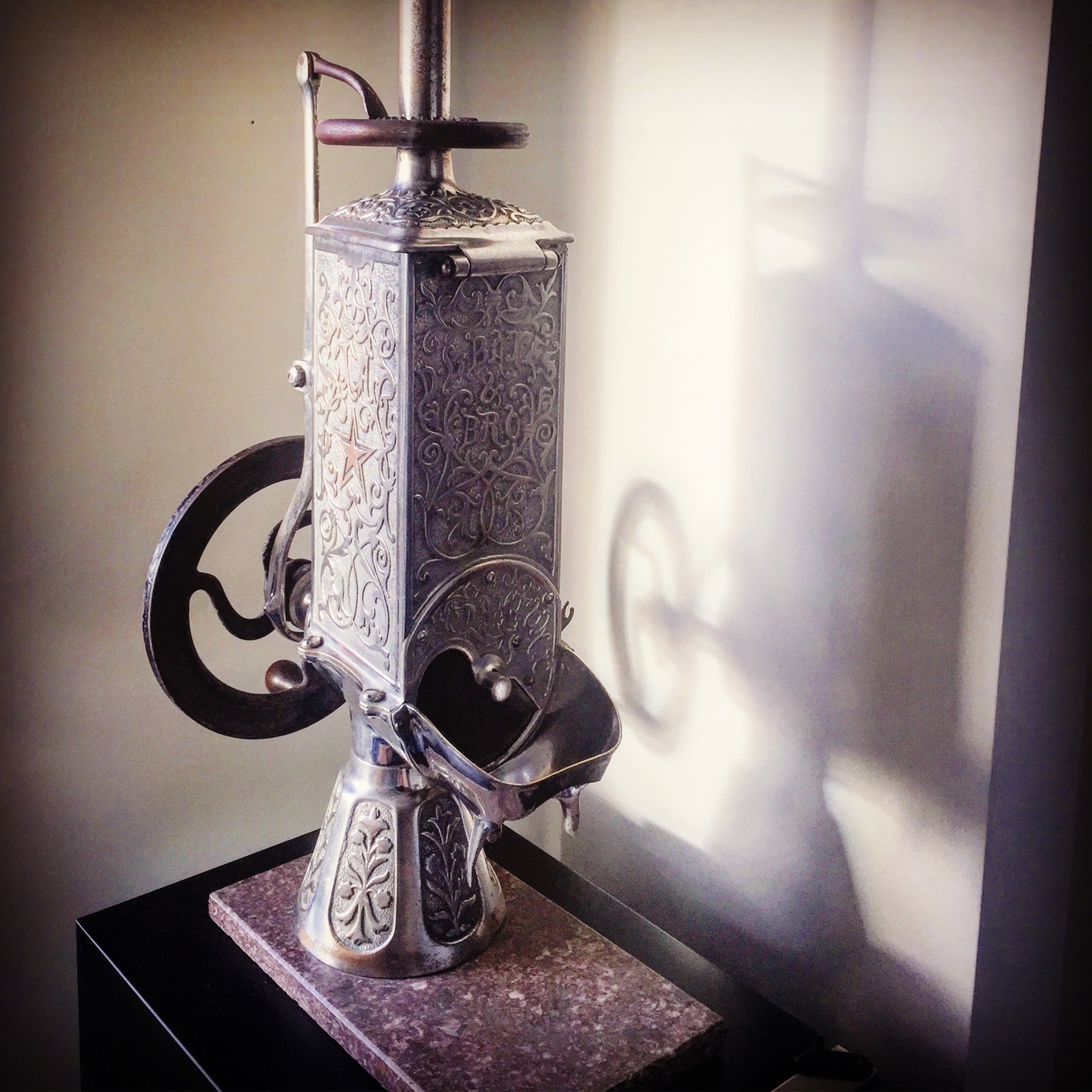 I discovered my first vintage ice crusher in the 1980s, in Germany. It had outlandish chrome curves and was an exciting, vibrant, fire engine red. The rocket ship design reminded me of the American cars from the 1950s. 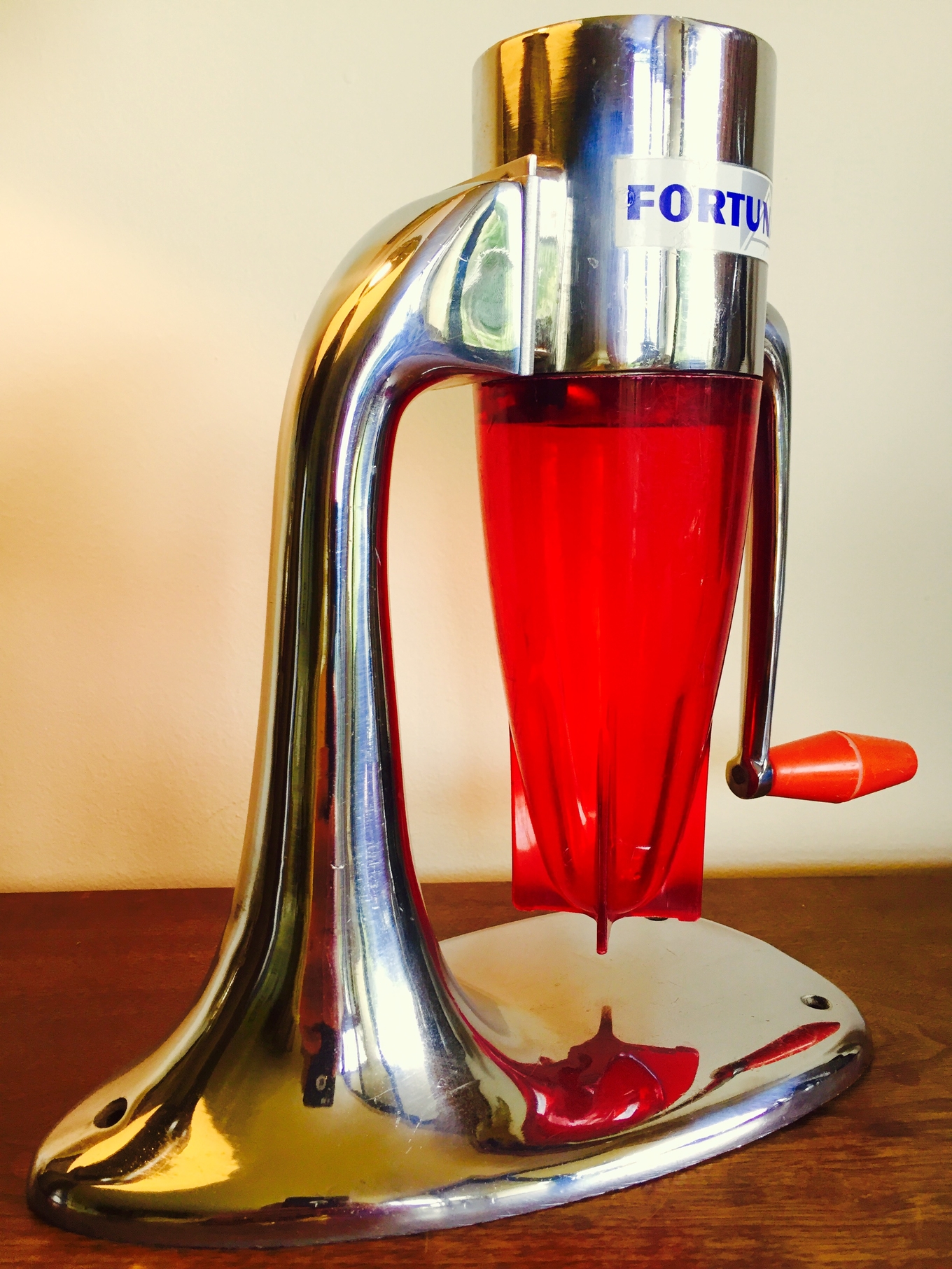 1950 "Fortuna" by Ahner Corp. from Vienna, Austria. It is based on an American 1939 patent used later by the Dazey Corp. The stand is very much like many of the streamlined designs by industrial Designer Raymond Loewy.

I enjoyed this machine and relished crushing ice for cocktails without the conversation-killing buzz of an electric blender. Some years later, living in Chicago, I came across a late 1870s model of a gothic, cast iron design. I was intrigued!

In doing some research, it became clear that these must be somewhat scarce, if not rare, as there was very little information available, anywhere. I unearthed some early patent drawings and the more I found, the more I was intrigued about the changing styles and designs. I began to hunt for mid-century crushers at antique shops, flea markets and on the internet. Catalogue pages and old newspaper articles helped to date them and uncover related models that were unknown to me.

I've had the good fortune to amass some fifteen 19th-century models, many of them possibly the last survivors of their kind. The patents and catalogues led to a nice timeline which I have been lucky enough to fill in with some "orphaned" machines, machines that I only had patents for, but no actual crushers. 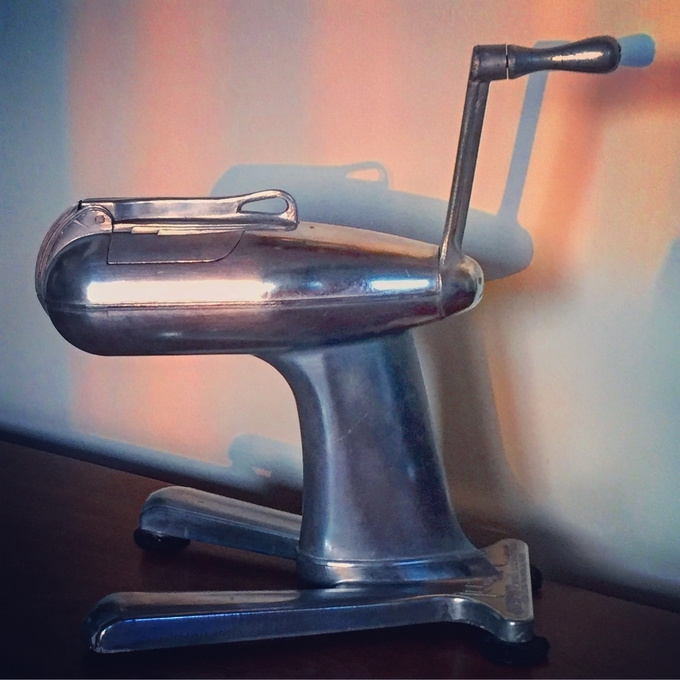 1941 patented "Ice Flow" Crusher by the Chicago Diecasting Corp. Chicago, IL. Production of this fantastic model was cut to 5000 pieces due to the outbreak of World War II. 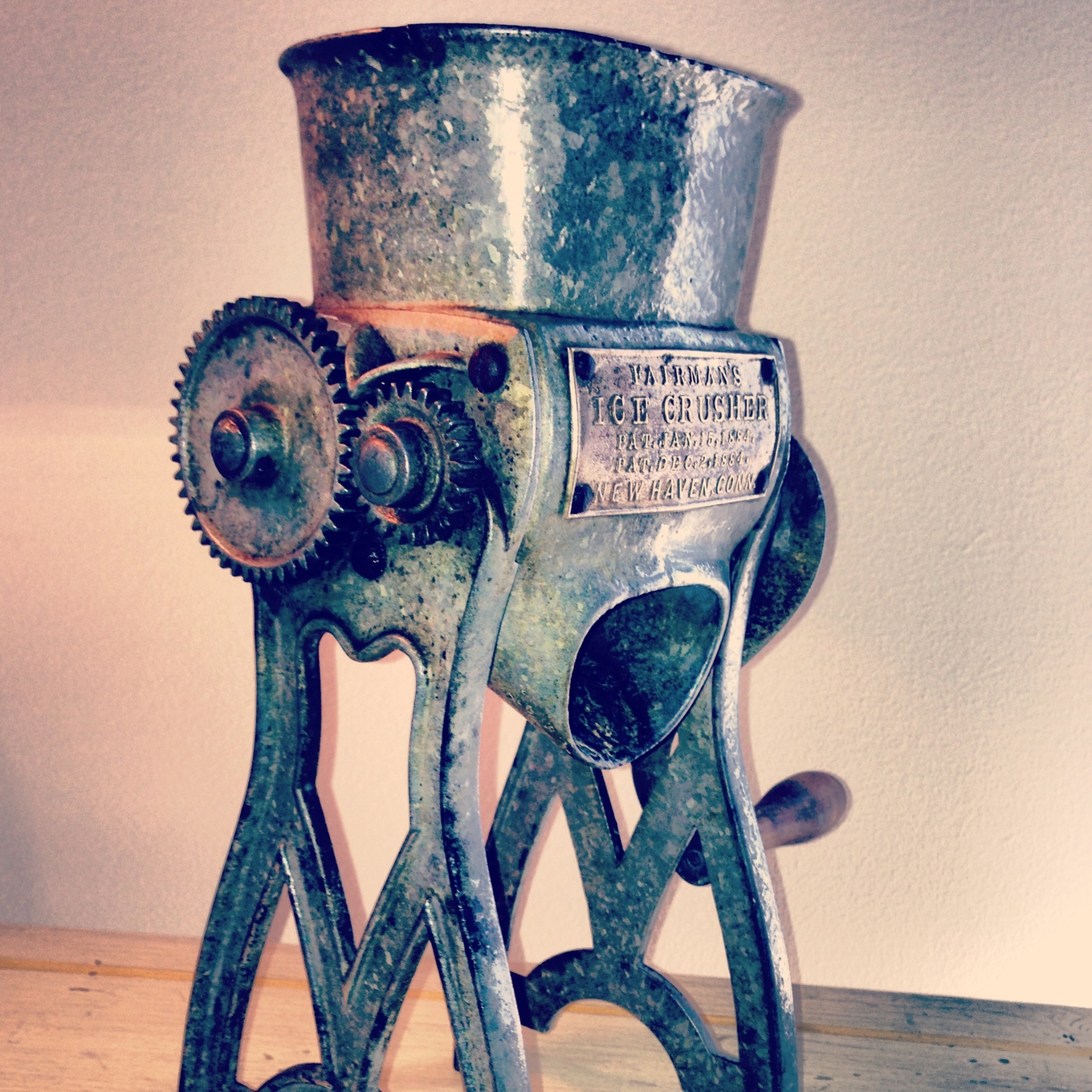 I restore the early models myself and as the work is messy, I am regularly subjected to my wife's "significant look". The one all avid collectors know. (And ignore!) After restoration, I photograph the pieces with authentic 19th-century barware to bring them back to life.

I'm really excited about the hunt and am continually acquiring new treasures which I post on my Pinterest Board, as well as the cocktail & barware collectors group on Facebook. 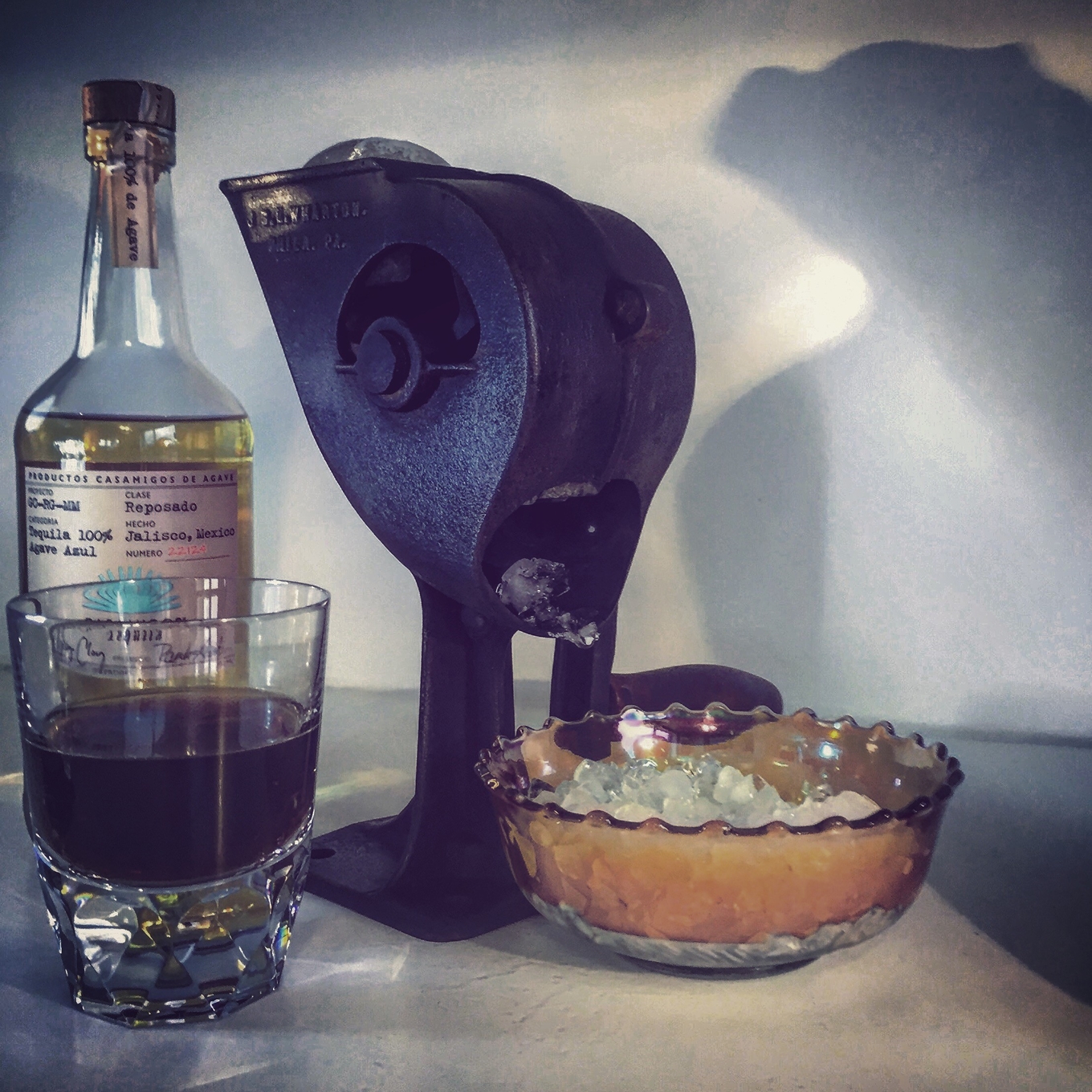 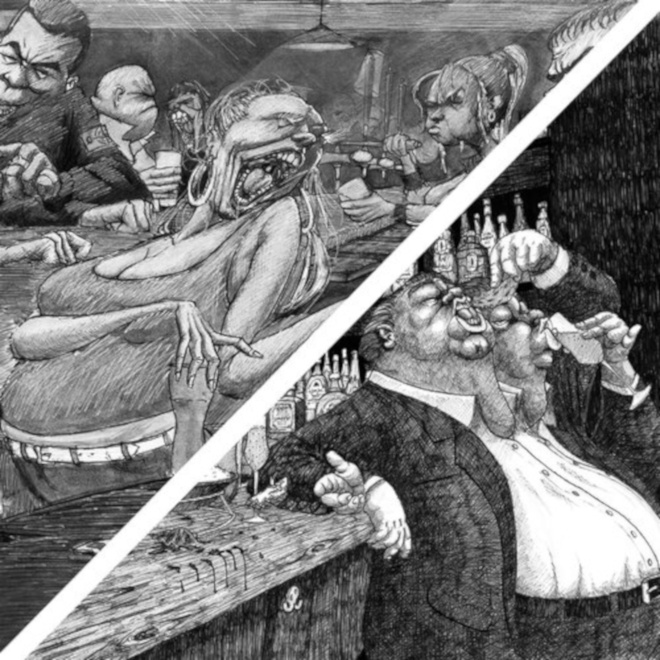 Thomas Moore is an artist whose works will appeal to discerning drinkers who like the people-watching aspect of hanging out in bars, and who have an eye 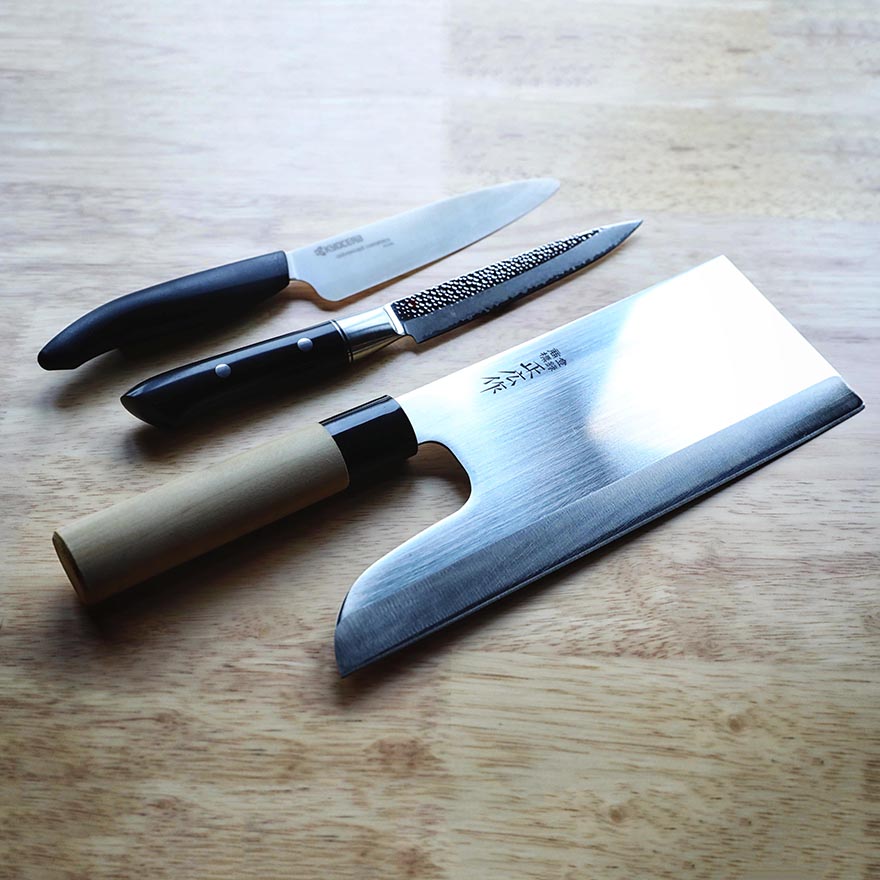 Even those cocktails such as a Manhattan that don't include citrus fruit are that bit better when garnished with a citrus zest twist. Hence, making cocktails 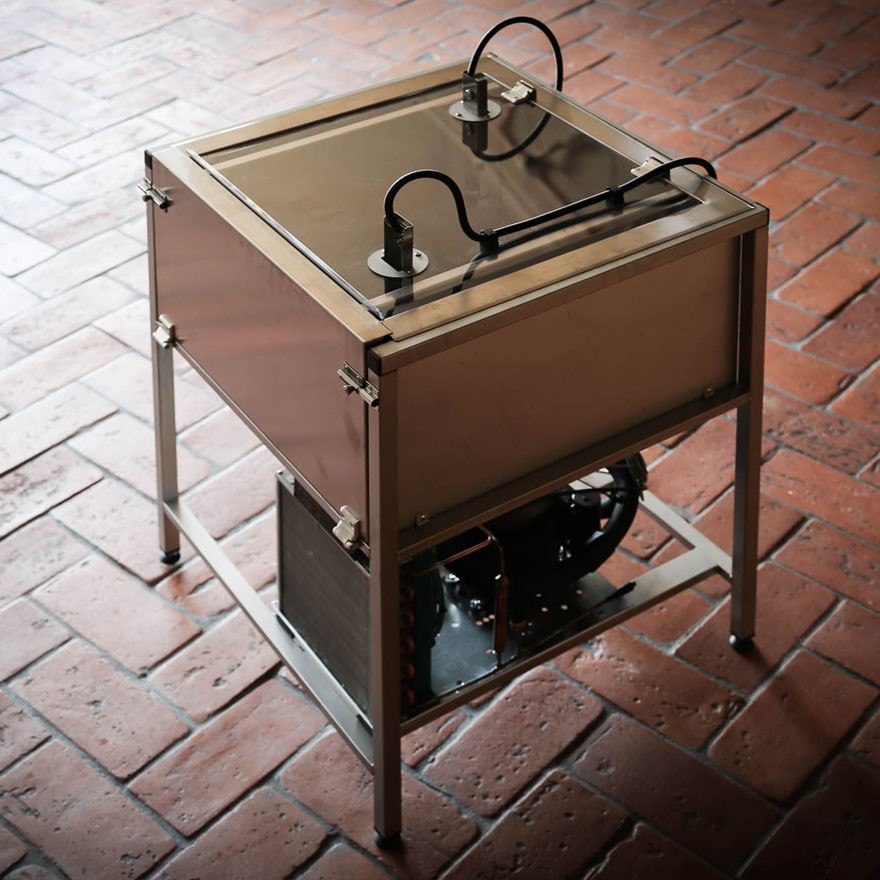 Chunks, cubes and columns of crystal-clear ice considerably improve the appearance of cocktails but blocks of ice are expensive to buy and making your