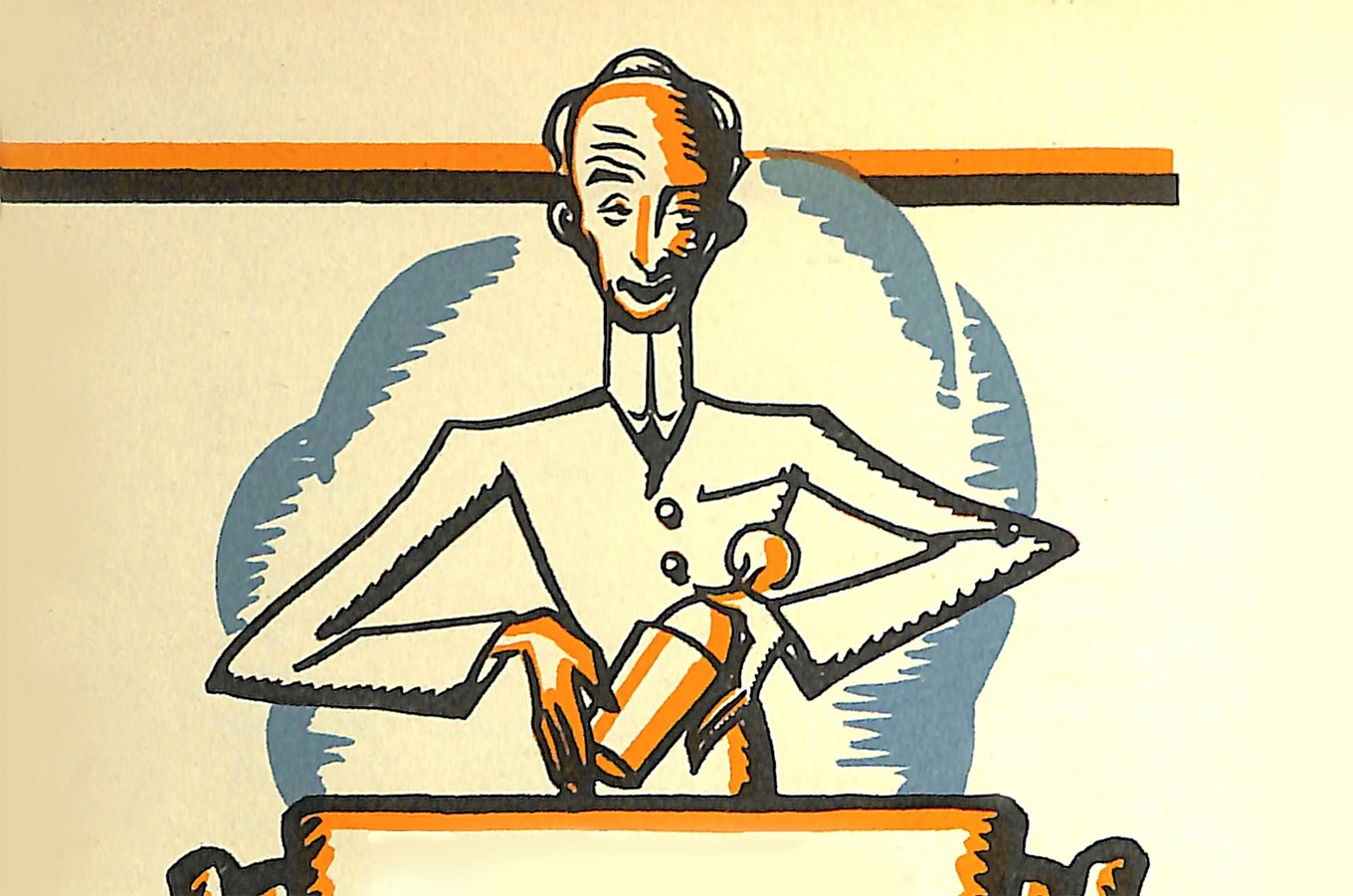 The Savoy's most famous bartender, and the name behind the Savoy Cocktail Book, Harry Craddock, AKA "the dean of cocktail shakers", was the third Head Bartender at the Savoy, the first Head Barman at the Dorchester, co-founder of the United Kingdom Bartenders' Guild and was arguably the most celebrated bartender of the Prohibition era.

Born on 29th August, 1875 in Stroud, England, he would go on to cross the Atlantic, work at bars including the Hoffman House and the Knickerbocker Hotel, then return home, post-Prohibition, complete with a highly marketable US accent, reputation and passport.

And the book he put his name to, a synthesis of American cocktails with those beginning to emerge from the new Europe, with sections from other contributors, is still a vital reference today.

Gary Regan puts it rather more definitively. "Craddock's book is probably the most important cocktail book of the 20th century," he says. "Simply because it preserved many old recipes that might have been lost to history had he not set them down for us."

The man himself, though, despite a flair for publicity, remains something of an enigma. Craddock claimed to have mixed the last legal cocktail before Prohibition and jumped ship for Europe the very next day. He was certainly in London by 1920, installed behind the scenes of The Savoy's American Bar, churning out cocktails from the dispense bar.

When Ada "Coley" Coleman hung up her shaker, he leapt into the role of Head Bartender - a position that the American press noted with interest (one New York journalist remarked that he had given him up for dead). He would go onto make drinks for royalty, politicians and stars including Ava Gardner, Errol Flynn, Charlie Chaplin and Vivien Leigh.

Now that he was head bartender, Craddock promoted his role intensively. He announced his return from his annual holidays with items in the personal column of The Times. When a government commission remarked with displeasure on the emerging cocktail trend, he went into print offering a prize of 50 pounds to any committee member who could try one of his drinks and find it did not enhance his lunch or dinner.

Before returning to New York (during Prohibition), he cabled luminaries including the Mayor to request a committee be formed to show him around the city's finest drinking spots. The story piqued the press and gained his new book plenty of coverage.

The book itself is, largely, a work of synthesis. But Craddock was himself a prolific creator of cocktails. He once invented three new drinks for a journalist in one day, and claimed to have created 240 cocktails in his life.

His signature drink? Almost certainly the White Lady, a cocktail he considered his own. In 1927, he buried a White Lady cocktail in a shaker in a wall of the American Bar - it has never been found.

In 1933, with the Repeal of Prohibition on the horizon, Harry was invited to return to the US. He refused, stating that he was happy where he was, though in 1939 he abandoned the Savoy for the Dorchester, where a new bar was being built for him, the hotel's first head barman.

Here too, Craddock buried a flask of White Lady in the wall, along with a flask of Manhattan and a flask of Martini. These liquid time capsules were found many decades later. Craddock retired from the Dorchester in 1947, aged 74.

Harry Craddock in a nutshell