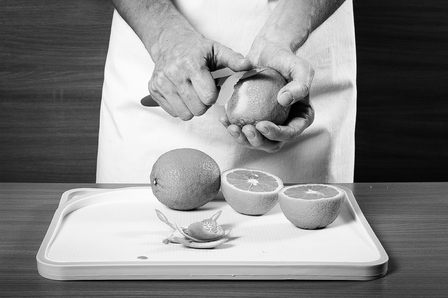 Bartending's not always about the good times - there are some definite aches and pains that are not for the faint-hearted and tend to end with a trip to the emergency room. We've got hold of some banged-up bartenders to share our Top Ten most bizarre bartending boo-boos, some of them workaday injuries, some of them rather more gory. You have been warned…

"A cut from a blunt knife is worse than a cut from a sharp one. Recently I watched someone peel the zest of an orange and accidently take a huge chunk out of his thumb, leaving nothing but a bloody stump. Since the bar was packed he was forced to carry on serving with the intact hand."

It's not just office workers who get repetitive strain injury. Bartending is a physically demanding job and repetitive stress, such as shaking, can have damaging, long-term effects on muscles, bones and nerves. Here's London bartender Ryan Chetiyawardana.

"After shaking a couple of hundred cocktails every day, I began having terrible pains in my shoulder. There was a huge swelling and no doctor was able to pinpoint the cause. Eventually I had an MRI scan which revealed I had shattered my sternoclavicular joint, pulling my muscles out of place. I had always had right-side-dominant hard shaking, so I had to switch my style over to the left shoulder. Every now and then it flares up but it has helped ease the pain a lot."

Tasting cocktails for a living might sound like a dream job, but it has its downsides and all that citric acid from fresh juices can have a devastating effect on tooth enamel. Here's bartender John Clay, who conducted some research into the phenomena when he was working for Plymouth Gin a few years ago.

"Bartending often involves tasting every drink that's made and cocktails are full of citric acid. Our research found it is not the quantity of acid which was problematic but the frequency of the tasting. It is something that not many bartenders are aware of. For minimum harm, dentists recommend using high fluoride toothpaste in conjunction with a diet low in citric acid when off the job. I never came across anything too serious yet, but it's a potential issue for the future. The implication is that if required to taste drinks, bartenders may be entitled to a duty of care from their employer."

Constantly damp hands while handling fruits means bartenders are particularly susceptible to fungal nail infections, or 'lime rot' as it's attractively named. Moisture and acid from fruit breaks down the cuticle. This allows bacteria to seep into the nail bed causing a puss-filled inflammation. Nice. Here's bartender Giles Looker:

"Pineapples are the worst offender. I have worked on many tiki bars and large-scale events where we've had to core over 700 pineapples. The acid in the fruit corrodes the skin and after a while your hands just begin to erode away. It's a very painful and unpleasant experience."

5. There's something in my eye

This next one is reminiscent of a Final Destination storyline. Thanks to Andy Gemmell for this agonising story:

"A man I once worked with tripped and fell head first towards the speed rail. When he got up, a speed pourer had impaled his eyeball! Needless to say he had to go to hospital but miraculously did not lose vision in that eye." 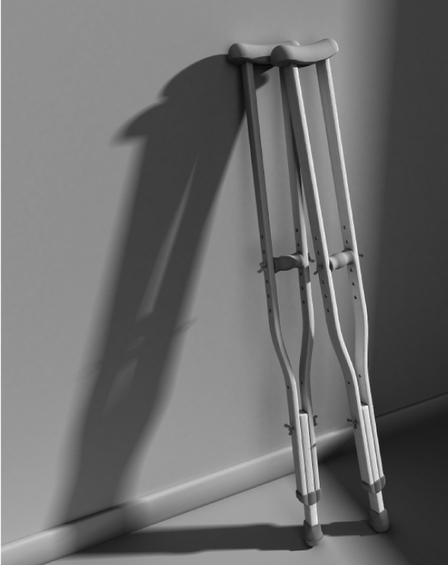 Bartenders can pose risks to their customers. Here's our own Simon Difford:

"I was sitting at the bar in Detroit, Covent Garden with my then girlfriend, Lucy. The bartender was mixing a cocktail in front of us, but he wrongly had the glass of the Boston shaker facing the room and he shook with such force that his hands slipped. The Boston glass flew across the bar straight into Lucy's forehead, knocking her clean off her stool and leaving her unconscious with blood pumping from her head. The rest of that night was spent in hospital and she still bares the scar."

7 Bar spoon through the hand

When you think of dangerous cutlery, you don't exactly picture a spoon. What could possibly go wrong? You'd be surprised. Bad bar-spoon technique can turn them into brutal weapons. Giles Looker describes the horrific sight he saw:

"A fellow bartender was churning a mojito. The disk on the spoon she was using hadn't been stuck down properly. She was mixing up and down with too much force causing the spoon to snap and sending the sharp metal spike straight through the middle of her hand. Blood spurted all over the customers as she froze staring in disbelief at the puncture. To make matters worse I fainted just at the sight."

It's not just broken glass, bar apparatus or slippery floors that can cause accidents - sometimes it's the people you work with! This was certainly true for bartender John Clay, who's fellow bar backer gave him an injury to send him flying.

"I was working point station at the bar, just me and one other guy on a busy night. He reached for a bottle from a 6ft shelf and didn't see me behind him. As he pulled back his elbow hit me in the face at full force, knocking me out cold. The worst part was he had to carry on serving the heaving bar for half an hour whilst I lay recovering on the floor."

If you play with fire, you are going to get burnt. Andy Gemmell saw one unfortunate dare devil who we're sure won't be drinking on the job ever again.

"One of the worst things I've witnessed was someone who was following the trend of setting drinks on fire. Accidently coughing on the lit fluid - bad enough in itself - he must have had alcohol on his breath because his whole face was set on fire. It was a horrific sight which I will never forget and I'm sure he was left with some nasty scars."

Flair has a place in bartending, but sometimes it's pointless showing off. Paul Mant remembers how he nearly severed a tendon trying to impress a D-list celebrity.

"I was working in a Windsor nightclub 10 years ago and fancied myself as a bit of a flair monkey. Of all the people, [TV presenter] Toby Anstis came to the bar and asked for two Long Island Iced Teas (yep, really). I tried to throw one of the glasses over my shoulder and catch it behind my back. At that moment my barback brushed by me and put me off. I spun around in attempt to save the glass and, as I caught it, smashed it into a fridge.

I can remember pulling a small splinter of glass out of my hand. The skin between the base of my thumb and forefinger had been completely sliced through narrowly missing the muscle. I avoided surgery by millimetres and needed thirteen stitches.

When I ran off to find our first aider - our head doorman named Big Dave - he was making himself a cup of tea. As he washed the glass out of the wound, he mistakenly turned on the hot tap and I let out a very girly scream. It got me the night off the next day though."