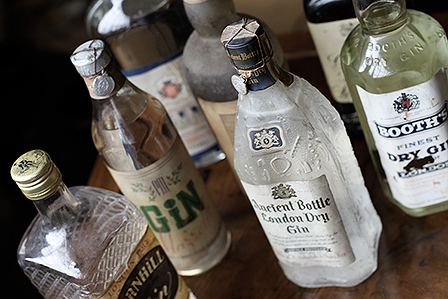 Are old cognacs, whiskies and gins really worth the time and effort it takes to track them down? Or are they just expensive, intimidating and the bartender's ultimate conceit?

What is a mature spirit?

When does a spirit officially become 'vintage'? It's rather like the question of when old age begins, and the answer is that it's different for everyone. But it's good to have a benchmark. Edgar Harden, who runs Old Spirits Company, one of the leading retailers of, yes, old spirits, only starts buying in his spirits once they reach the ripe old age of 30. And it's not just spirits. Liqueurs, such as vintage Chartreuse or orange curacao, and bitters, also qualify.

There are, of course, some exceptions. If a spirit isn't made any more, its age limit doesn't matter so much. Think of Beefeater Crown Jewel or Tanqueray Malacca (from its previous incarnation, not its 2013 relaunch). Then there are brown spirits, not just centuries-old bottlings, even 1980s spirits in high demand. In Europe, there are virtually no vintage tequilas, so a 1980s tequila can be considered quite the rarity.

Why should we care?

Meet anyone involved in the trade and sale of vintage spirits and it's clear how genuinely excitable they are over their collection of dusty bottles and peeling labels. Drop down to ECC China Town to get a glimpse of this first hand: Xavier Padovani will only be too happy to talk you through his collection of 1950s gins, old French spirits and liqueurs.

"For me it's a chance to taste cocktails as they tasted before. And it's not just to have on the back-bar but to sell as well. Vintage liqueurs in particular taste better, look amazing and it's a talking point too," Xavier says.

Vintage spirits can easily compete in taste with their modern counterparts, says collector Sukhinder Singh, who runs thewhiskyexchange.com and Specialty Drinks. In some cases, he says, they can run circles round new spirits. He has been collecting and selling vintage products for the last 15 years and is able to view the antique side of his business on a global level. His verdict on the UK makes for painful reading on the old spirits front: as a country, it has been excruciatingly slow on the up-take.

For him the taste profile is what entices him. "Many of these products are completely different to modern spirits, they're not so sweet, are more concentrated and in many cases it's possible to sit and sip a vintage liqueur. We tried a crème de menthe recently that blew people's minds away. A great product that's completely unrecognisable today is Campari, which 10-15 years ago was darker and richer with heavier flavours." 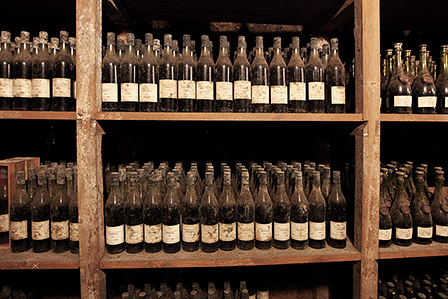 How should you drink them?

Traditionally it was just brown spirits that were considered any good as a vintage drink. Whiskies, cognacs, armagnacs and, to a lesser extent, rum. They were usually drunk neat, or with a little water and it was the big hotels that monopolised them, charging extortionate rates for drams of vintage Macallan.

In the UK the past three years have seen a huge spike in demand for vintage gin and liqueurs. Most of these end up in cocktails, as do the brown spirits. Sukhinder, Edgar and Xavier all agree that using vintage products in cocktails is not only acceptable but to be encouraged.

Edgar Harden says, "a vintage gin can make an incredible martini with virtually no vermouth required because the alcohol level has dropped slightly, the spirit has mellowed and the botanicals have evolved: in an old Gordon's you will see juniper become less prominent and the citrus move to the front of the palate."

"We go through a lot of old 1950s gins," says Xavier. "Especially Gordon's 1950, which is exceptionally smooth and served in our Vintage Martini. I also love the old label: 'Gordon's - the heart of a good cocktail'."

Even vodka gets in on the act. For a spirit that starts life so clean and filtered it's hard to imagine what age does to it, but the profile actually intensifies, becoming richer with age. Potato-based vodkas seem to age best.

Because of the distinctive flavours in vintage spirits Edgar encourages bartenders to rethink cocktail recipes. Measurements need to be recalculated according to each bottle's unique strengths and tastes. An aged red vermouth, for example, needs to be used sparingly in a Manhattan due to its intense flavours.

It's not just the old that matches the ancient either, says Edgar, mixing vintage spirits with modern liqueurs isn't as blasphemous as you might think. It's just about matching the flavours. He likens this investigative process of cracking open a vintage bottle to brining someone into a conversation 60 years after they were left out. But when drinking vintage spirits everything is possible he says.

Where do you get them from?

This differs for everyone. Sukhinder is in the unique position of receiving upwards of 40 emails a day offering spirits to him but he also buys from auction houses. "The stories are amazing," he says, "people have hoarded stuff for years and provenance is a really lovely thing when the bottles are very old and expensive."

Edgar started out in the vintage world following a chance discovery of two cases of old gin idling away in a client's house. Told to throw them away, he brought them home to sample and realised the amazing potential. Xavier has a good friend in France who sells an incredible selection of French liqueurs from the back of a truck.

One of London's most prominent auction houses is Christies. Noah May works in its wine department which also sees sales of cognac, armagnac and single malt whisky. The majority of vintage spirits it sells come from private collections from the UK and Europe.

"We sell vintage spirits in every sale we hold, although we usually host two focused Finest and Rarest Wines and Spirits sales each year, held in June and December, which have significant collections of spirits in them," says Noah. "We primarily sell to private individuals, a lot of whom come from Asia - China and Hong Kong predominantly - but also some European trade and private collectors."

He sees the market for rare cognac and whisky in particular as moving from strength to strength, with the age range of bottles at auction anywhere from 20 to 200-plus years.

The end in sight

The market for vintage spirits may be finite, because the oldest supplies will eventually run out and also because new spirits made for new world palates are not expected to age as well as their older counterparts.

The crucial thing is for bartenders to understand the flavours and not to be afraid of experimenting with mixing such spirits. They may be expensive and intimidating, but the ultimate bartender's conceit? Perhaps not.