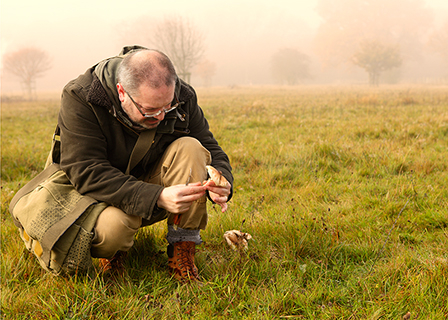 Roadside nettles; hidden blackberry bushes; the surprisingly common Japanese bitter orange trees that are found in parks and gardens. Welcome to the world of foraging and an undiscovered arsenal of drinks ingredients.

Foraging has been on the radar for bars and restaurants ever since the success of Danish restaurant Noma, whose foraged food has seen it being named Best Restaurant of the Year three times running. The simplicity of a countryside walk producing a range of spirits and liqueurs was demonstrated at Bacardi's inaugural Club de Cantineros; a founding club of bartenders coming together to learn and to support each other. 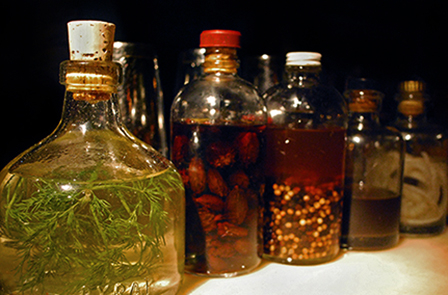 His first words, however, were of caution. "Please don't pick up and put things in your mouth at random." After that, the art of foraging really is quite simple - identifying and collecting the things that grow naturally around you, things that you normally overlook.

And the countryside isn't the only one that offers up these delicacies either, the urban jungle of London is just as ripe for picking as its greener counterpart, parks, commons and cemeteries offering up a medley of pineapple weed, dandelions and nettles; hawthorn berries and leaves, elderflowers, elderberries, raspberries and blackberries; rosehips, hogweed, sloe berries and mulberries; dock leaves, pine needles, dewberries and hedge garlic. Even naturally growing tomatoes and Japanese bitter oranges. These plants and herbs, plus many more, can be commonly found in the UK - hardly the most exotic of environments. 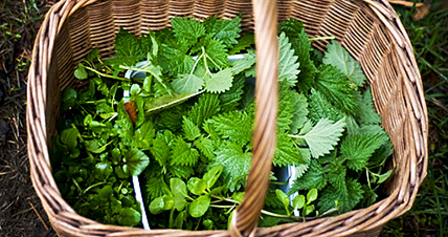 All of these delicious morsels are perfect for infusions, syrups and garnishes in drinks. Even the common dandelion is a poor man's saffron and ivy is a perfect replacement to bitter beer, used before hops came on the scene.

Why forage? As Thom puts it "There is a deep sense of satisfaction to picking your own food and drink ingredients." Plus you'll find the flavours of these wild-growing fruits and herbs truly bring more to spirits and cocktails than their shop-bought counterparts.

Working in an industry where everyone has access to the same list of spirits and ingredients, foraged material can create a fresh difference. It also means that each customer is getting a slightly difference experience to the last. 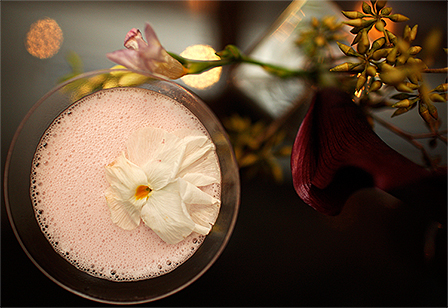 If you're not sure where to start an often overlooked source for syrups and jams is the fruit that spends most of autumn piling up on the pavement each year: wild cherries, apples and a few late pears are being left to rot - such vegetation could be just the thing to keep drinkers on their toes among more predictable seasonal fare.

Getting more in depth, Thom demonstrated how to add complexity in the form of layers and a lack of umami is often the cause of that sense 'something is missing'. Thom uses oysters in a stout and seaweed and mushrooms in drinks to add this bottom note. He recommend looking at trees to see which fungi they're growing and in particular the elder branches which often sprout the Chinese delicacy commonly referred to as 'jelly ear.' Adding high notes to cocktails can come from wild mint, oregano and citrus.

There are, however, a few rules for budding foragers. Identifying the plant is probably the most important consideration of all though: if you don't know what it is then never eat it. Collecting only healthy plants is the next major one, insect infestations and diseases aren't great for the palate or the stomach. Avoid anything that might have been sprayed with weed killer or used as a dog's lamppost, for obvious reasons. Only forage on private land with permission. And beware by-laws which could prevent using foraged goods from natural reserves and woodland for commercial purposes.

... comment(s) for Foraging for ingredients