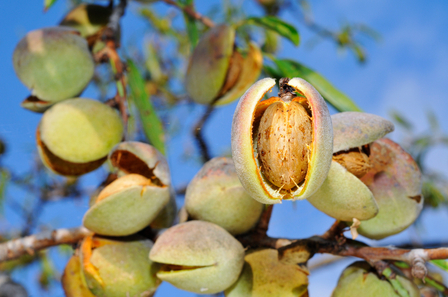 The Oxford English Dictionary (O.E.D.) defines 'ratafia' as, "a liqueur flavoured with almonds or the kernels of peaches, apricots, or cherries." It goes onto say that it is also "an almond-flavoured biscuit resembling a small macaroon."

While both these definitions are correct, in France 'Ratafia de Champagne' is a marc brandy based mistelle from the Champagne region - an aperitif made by adding marc brandy to fermenting grapes to arrest fermentation to leave some residue sweetness. Similarly, Ratafia de Bourgogne is a similarly made aperitif from France's Burgundy region. Both Ratafia from the Champagne and the neighbouring Burgund regions tend to be matured in oak casks where they develop with age.

To further complicate the definition of ratafia, the name also refers to another now practically forgotten 'liqueur wine' made in many regions of France by drying grapes to a raison-like state after harvest and then fermenting them in the Spring.

French mistelle ratafia is usually around 18 alc./vol. and should be served around 7°C from a refrigerator. Its candied fruit flavour is best appreciated when served with foie gras or blue cheese.

The name 'ratafia' is thought to come from the Latin, 'Rata Fiat'. This phrase is used in Catholic wedding ceremonies to officially 'ratify' the marriage and literally translates, 'rata' meaning 'unalterable decrees', and 'Fiat' meaning 'to be done' - thus the wedding "is ratified". The term is also used when an important treaty is passed and perhaps the drink takes its name from a celebratory concoction used to toast the seal of such a document. However, an alternative origin states that ratafia derives from the Creole word for molasses spirit, 'tafia'. Indeed, the O.E.D. gives the origin or ratafia as being, "late 17th century: from French; perhaps related to TAFIA."

While the French usually think of ratafia as a mistelle wine aperitif, the O.E.D. definition referring to ratafia as a sweet liqueur or cordial flavoured with fruits, herbs and nuts is more widespread, particularly in Mediterranean areas of Catalonia and Italy. Indeed the Italians claim the liquor is named after a potent liquor which enabled the local population of Andorno, Italy to overcome a plague around 1000AD. Legend has it that the son of the man who created the liquor survived the plague so was able to celebrate his wedding and that it was the local Italian dialect of Andorno which shortened the name from rata fiat to 'ratafia'.

Mediterranean ratafia is typically red wine and neutral spirit based, flavoured with lemon peel, fresh fruits and herbs (mint, nutmeg, cinnamon, clove, anise, rosemary etc.) and sweetened with sugar. In this area ratafia may also be a liqueur flavoured by macerating the kernels of stones fruit or bitter almonds. (Note, domestically produced ratafia liqueurs based on bitter almonds, peach and cherry kernels may be toxic due to high levels of amygdalin.

Closer to the home of the OED, in Victorian England, liqueurs were all the vogue - consumed from small glasses by ladies at the end of the meal. One of the popular liqueurs of the period was Ratafia. Many liqueurs went under this title, most coloured and flavoured with red fruits.