Walter, from Turin’s Mad Dog Speakeasy Bar, is the reigning Martini Grand Prix champion, securing his win at the final in Milan on the 13th October 2015.

Entering the bar industry in Turin at the tender age of just 14 he's built up years of experience and adventures, not just in Italy but in the US, Spain, Portugal and Central America where he's lived and worked.

We invited Walter to visit us at our bar during a trip he made to London as part of his prize for winning the global final of the Martini Grand Prix competition 2015. In the video we filmed that day we find out from Walter how he feels about winning Martini Grand Prix "when I was 14 years old...it was the most important competition...and today the dream is real", his style of bartending "I like mixology not for bartenders but for the customers" and how bartenders can enhance their careers by entering competitions.

The Martini Grand Prix seeks to reward bartending excellence and the competition centres around aperitivo-style cocktails. Walter won the competition with his ‘Un Americano A Torino’. 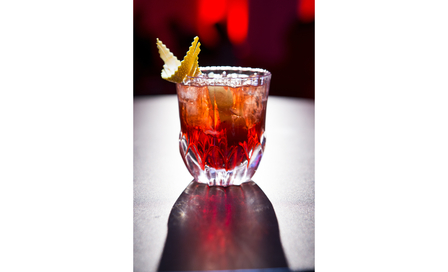 In Walter’s words, this cocktails was inspired by "The Americano, besides being one of the best-known drinks in the world, it’s a word that we find in many places, and in many titles. It’s a word that makes us dream.

“We remember the film ‘An American in Paris’, which caught the imagination of many generations, and recalling Martini, in his capacity of the high speed of F1, Williams and other sponsors of competition related to the engines. The F1 driver Eddie Cheever was called ‘L’ American in Rome’ for his childhood spent in the Italian capital.

“The word Americano leads to many memories, and one of them takes me back to when Martini Vermouth arrived in the United States of America: from that moment was born a new way to make drinks. Americano was also the style in which it was called the service of the Martini vermouth with soda: ‘a Red Martini style Americano’. From there, the Milan-Turin with soda and became known as the American Cocktail ... What still we prepare and serve around the world. Therefore Turin home of Vermouth who gave birth to her Martini & Rossi still deserves its ‘American in Turin’."