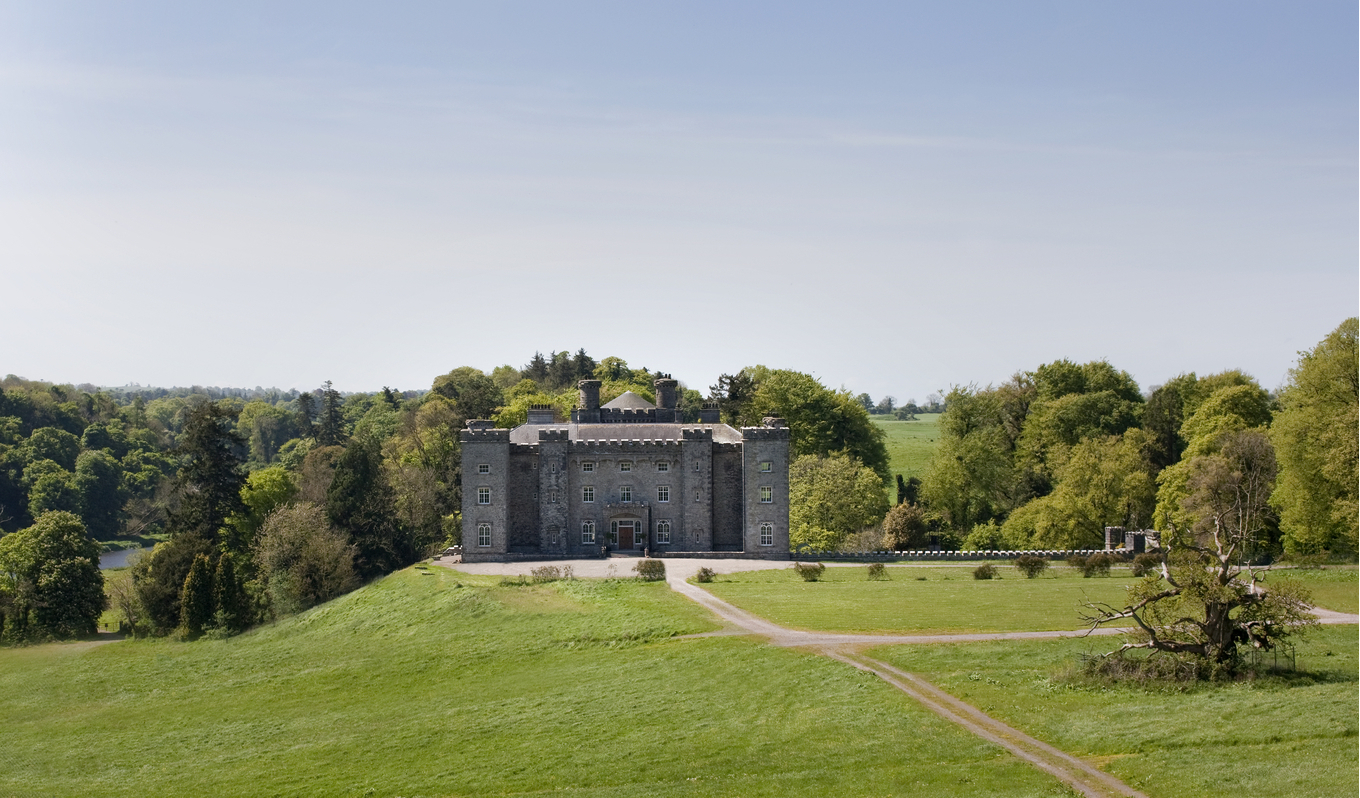 Slane Irish Whiskey is made at the ancestral home of the Conyngham family, it's a sprawling estate on the River Boyne that has been their family seat since the 1700s. Named for its neighbouring village, whiskey is no stranger to the town of Slane, with now long-closed distilleries making whiskey there hundreds of years ago.

With the local whiskey long gone, Slane became much more famous (and still is) for its music concerts, hosting live gigs from 1981 onwards and filling the castle grounds with festival-goers and rock stars who have loved its natural amphitheatre. Apart from hosting every big band and solo act in the last forty years (the list of names who haven't played there would be shorter than those who have) the castle has also doubled as a recording studio and had musicians move in to put their sounds to track. This was put on hold in 1991 after a fire nearly destroyed the estate and a decade-long building programme was undertaken to reopen to the castle. 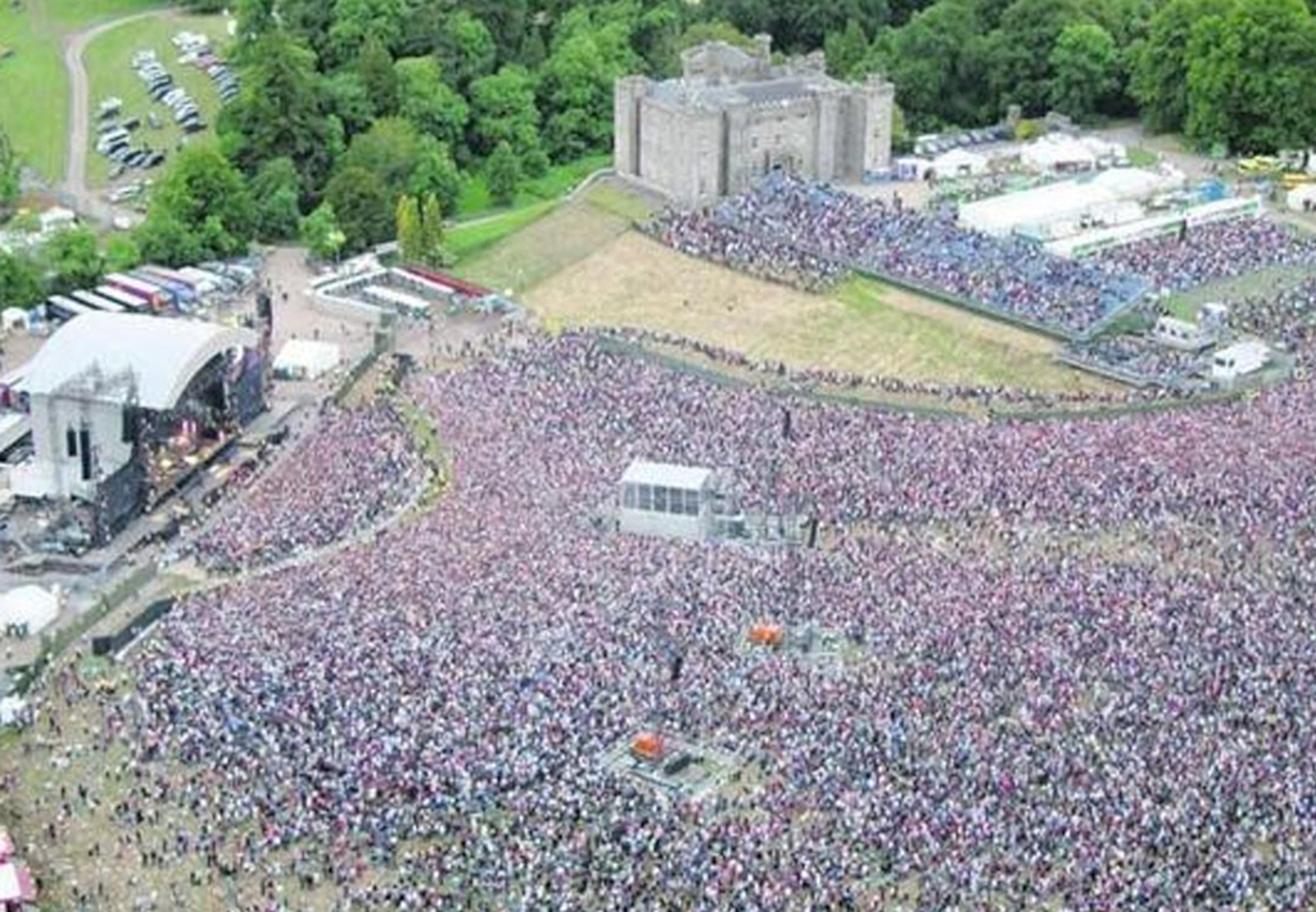 While the concerts continued, the family made a friendship and business deal with another famous family, this time from America. The Conynghams partnered with Kentucky's most famed whiskey family, Brown-Forman, to bring life to a modern Irish blend. Together they founded the distillery in the 250-year-old stables of the castle, making it the very first distillery Brown-Forman has built outside of the USA.

Henry Conyngham, the current patriarch of the family and the genius who first thought to share his castle with the who's-who of music legends, has been very much a part of this project to get Slane Whiskey up and running, but it is his son Alex who is now leading the charge. From growing up with rock stars sleeping in his bedroom to evolving into a full-on whiskey geek, a lot of the passion for Slane whiskey comes from Alex. 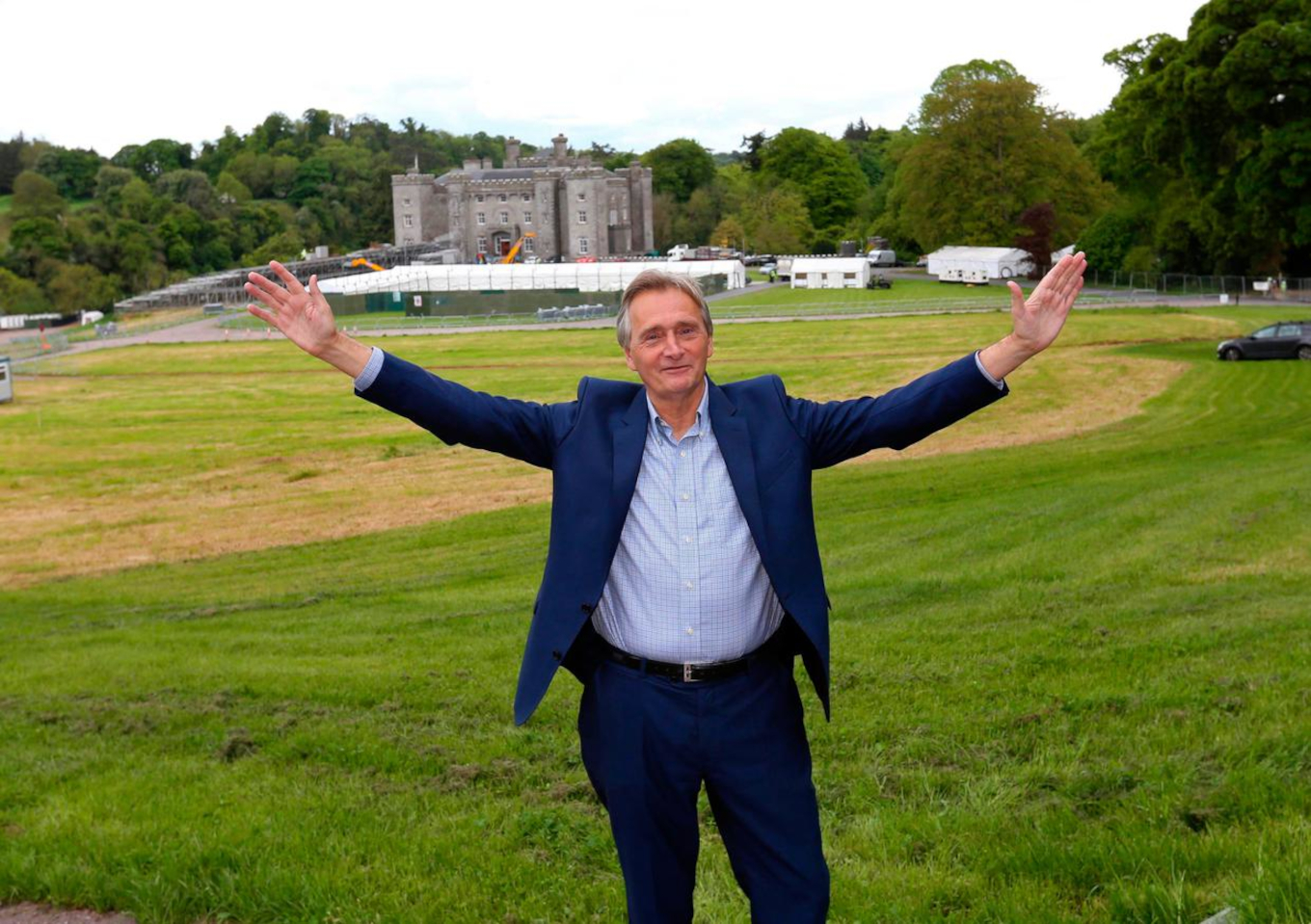 Slane's Master Distiller is one of only a few people in the global drinks world who has achieved the ranks of both qualified Master Distiller and experienced Master Brewer – a seriously impressive feat. Dr Gearóid Cahill, to give him his official title, joined the team in 2019 as the distillery manager, a role he still holds, and in that time has earned his qualification from the Institute of Brewing & Distilling. 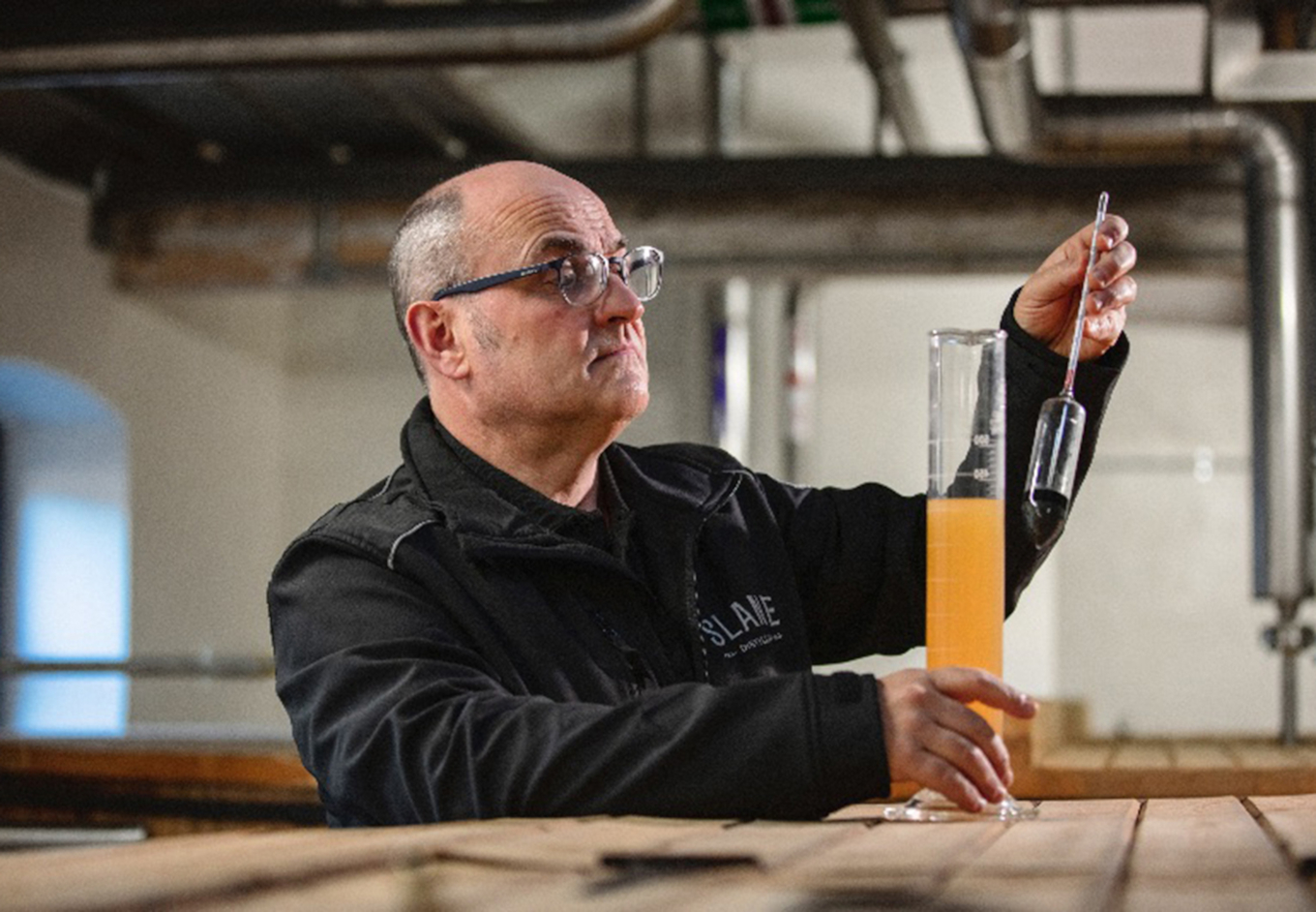 Gearóid has a long history in the drinks business, with roles in brewing and distilling for over 25 years in some amazing locations as well as a PhD in Brewery Yeast Management, making him a Master Brewer. He's helped improve and develop standards in Nigeria, Ghana, Kenya, Jamaica, the UK and Ireland- while also working with brands that included Guinness, Carlsberg, Harp, Tuborg and Smithwicks. Gearóid is definitely a man you'd want to sit down with a beer and a nip of whiskey and have a good long chat about the ins and outs, and the magic, of turning grain into alcohol. Just be prepared to deep dive into enzyme technology and novel process innovation.

Bringing all this knowledge and experience to Slane, Gearóid has led technical developments across all three whiskey types – malt, pot still and grain – as well as spearheading improvements in water and energy usage within the distillery. Essentially things only get better, and tastier, for having Gearóid on the team.

You can experience tours, tastings and masterclasses at Slane Whiskey Distillery, some of which include a tour of the castle lead by Alex Conyngham. Book a tour of Slane Castle at slaneirishwhiskey.com. 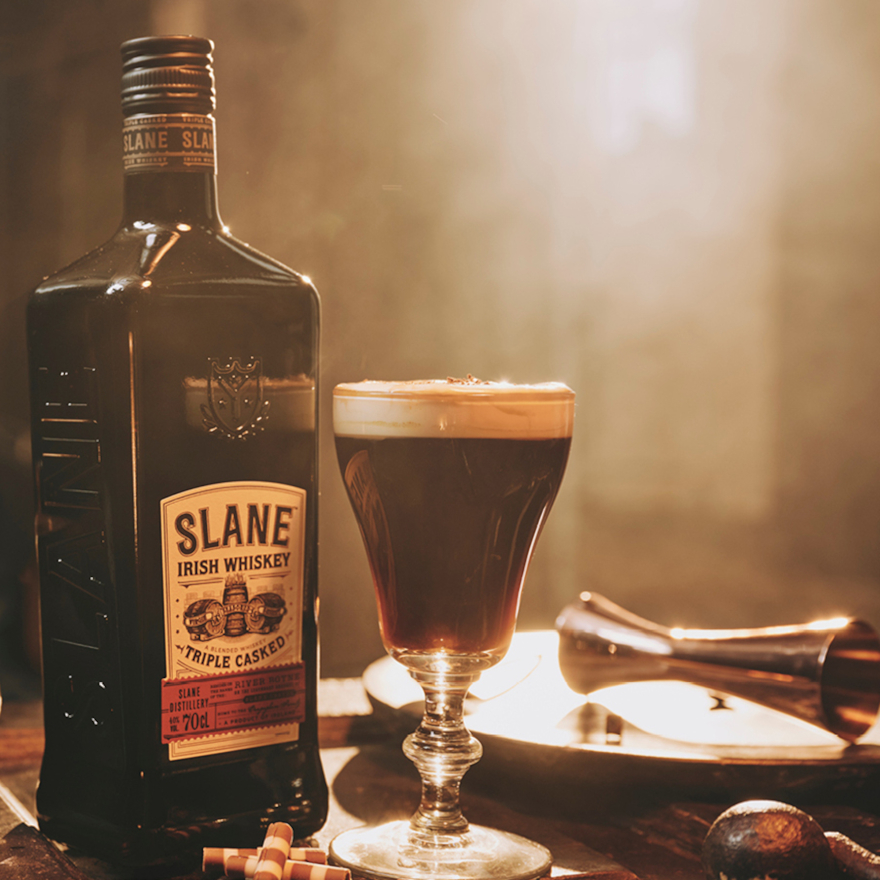