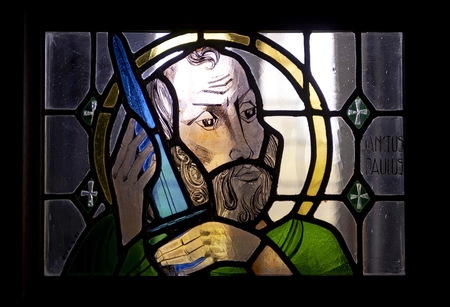 Status Operational
Established: 1790
Visitor Policy: Not generally accessible
Tel: +32 (0)52 359 911
Website: alken-maes.be
Pronounced ‘Aff-LINg-Hem’ with a soft ‘g’, Affligem beer is one of 22 abbey beers. Brewed for centuries by the monks of Affligem Abbey, who still own the brand and oversee its brewing, Affligem is now brewed at De Smedt. De Smedt Brouwerij, now better known as Affligem Brewery is part of Alken-Maes Breweries SA, a group of three small specialist Belgium breweries owned by Heineken International. Affligem’s main market is across the border in France where 235,000 hectare litres were sold in 2012 with approximately 50/50 split between draught and bottle. Thanks to Heineken’s support and distribution, thankfully the rest of the world can now also sample the delights of this abbey beer and its Body & Soul serving ritual.

The story of Affligem starts nearly 1,000 years ago with six battle scarred knights who, after years of war, grew conflicted between their allegiance to the Roman Emperor and their need to repent and serve God. Transformed by the teachings of the priest of St Peter’s Abbey in Ghent, they downed their weapons to return home with the dream of building an Abbey. 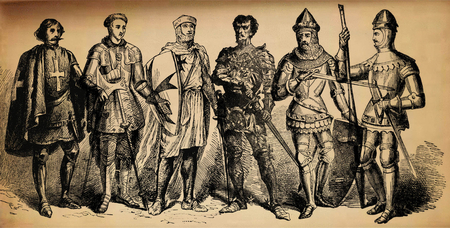 In 1074 with the permission of Anno II, the Archbishop of Cologne, construction of the Abbey began on a hill in Affligem, on the border of Flanders and Brabant. The Abbey church was erected in 1083 and in 1085 the knights became monks of the Benedictine Order, to which the abbey still belongs today. 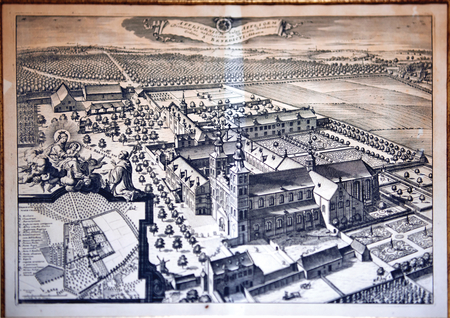 Affligem was a favourite refuge for Henry I of England and in 1138 he commissioned a major extension to the Abbey but by the time building was complete he was already dead. Henry’s second wife and widow, Adelica of Louvain, became an active patron of the church and spent her final years at Affligem, richly rewarding the Abbey with landed estates. She was buried in the abbey in 1151 next to her father, Duke Godfrey I of Leuven. 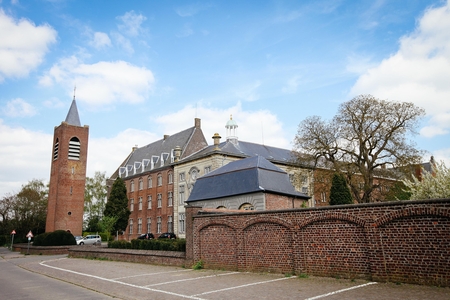 With its extensive farmlands, hop gardens and vineyards the Abbey flourished throughout the 12th and 13th centuries. At times there were as many as 200 resident monks and eight more Abbeys were founded in its image. Over the years, farmland, a mill, bakery, dairy and vineyard with their associated cheese, bread and winemaking all played an important part in the life of the Abbey. 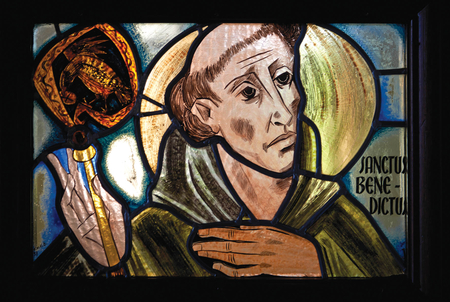 The Benedictine Order, which originated in wine loving France, allowed monks to drink some wine, but beer was the local drink so the Affligem monks started brewing and drinking beer. In the early years of the Abbey, ale would have been a practical alternative to drinking contaminated water, a source of nutrition during the forty days of Lent and a means of raising revenue.

The first recorded mention of a brewery at the Abbey is made in 1129. By 1654 the monks were cultivating as many as 6,500 hop pits and Affligem beer had become well-known for its quality. Production methods and recipes were passed from brother to brother but rarely written down so the original recipe for Affligem remains unknown.

Unfortunately the Abbey’s hilltop border location proved strategic in battles spanning six centuries. Peace at Affligem was first disrupted at the end of the 14th century when the Abbey was attacked and destroyed during the Succession War between Flanders and Brabant and the monks were forced into exile. Affligem was restored, but faced destruction again in 1580 through the actions of the troops of William I, Prince of Orange. 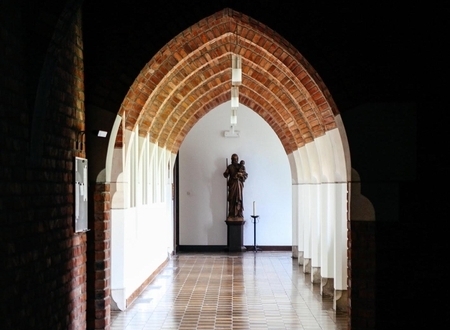 Once again, in 1621, the monks rebuilt the monastery and the 17th century was prosperous with Rubens the celebrated painter commissioned in 1634 to paint a magnificent altarpiece depicting Christ falling with the Cross for the Abbey’s high altar. This monumental work, The Road to Calvary, is over 18 feet high and Rubens painted himself as a Roman officer. Today it hangs in the Musees Royaux des Beaux-Arts de Belgique in Brussels.

War visited the Abbey again at the beginning of the 18th century when it was transformed into a soldiers’ garrison and the monks were forced to reside in the Abbey’s library by the battle hungry Sun King, Louis XIV.

In November 1796, the French state, still on a roll after the revolution and determined to destroy Catholicism, confiscated the wealth of all abbeys and churches and demanded their closure. Affligem’s land, property and precious art works were auctioned, the Abbey’s 33 monks expelled and forced to flee, scattered from the region.

Forty years later, two of the exiled monks were reunited in a Benedictine Abbey in Dendermonde in the East of Flanders and between them determined to buy back what remained of the Abbey buildings. In 1868, they returned with two of the other surviving monks acquiring 80 acres of land. By 1885 they had started brewing again with three copper kettles and by 1887 the Abbey had once again been restored. From this time, despite two World Wars, the Abby brewery remained open until 1940 when Father Tobias, the Abbey’s master brewer, was forced to hand over the brewery’s copper kettles to Nazi troops following the surrender of Belgium in WWII. 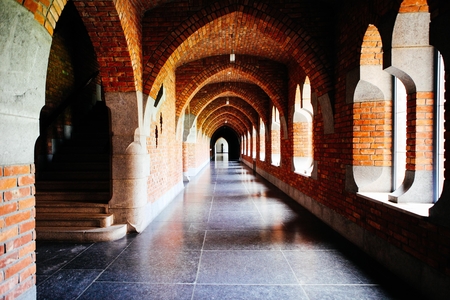 This brought about the fifth and final closing of the doors of the Abbey brewery. Affligem beer remained out of production for 15 years until 1956 when Father Tobias started working with De Smedt, a small brewery just 10 kilometres from the Abbey in the small Flemish village of Opwijk, thus securing the future of Affligem beer.

In 1970 the monks handed the Affligem recipe to De Smedt Brewery but continue to work in close association with the brewer to create new beers. The monks remain the brand owners of Affligem beer with Heineken International owning De Smedt Brewery and the distribution rights to the beer. The royalties paid to the monks by Heineken support the running of Affligem and other Benedictine Abbeys.

Originally better known for its Belgian pale ale called Op-Ale beer (launched in 1953), De Smedt Brewery itself was established in 1790.

The monks retain ownership of Affligem beer and must approve changes in brewing and packaging, an example being the change of the shield on the label from red to blue. Catholic artworks traditionally paint the Virgin Mary wearing red, the colour signifying the blood of Jesus. Hence, the monks initially rejected the change. However, in Christianity, blue also has numerous symbolic meanings and due to being the colour of the sky is considered the colour of heaven. Consequently the monks eventually consented to the packaging change. 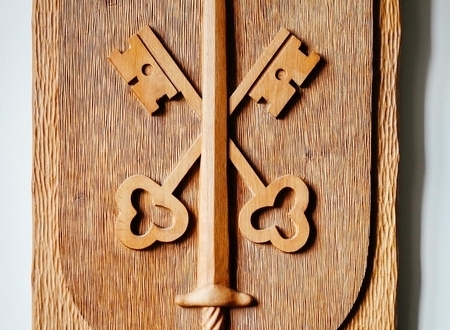 The Abbey’s coat of arms, a combination of the sword of Saint Paul and the cross keys of Saint Peter, appears embossed on every bottle of Affligem. The symbols represent the means by which the Saints were martyred. Paul was arrested by the Roman emperor Nero Paul and sentenced to death by the sword. If he had not been a Roman citizen he would have been crucified. The not so fortunate Peter is said to have been crucified upside down at his own request, since he considered himself unworthy to be crucified the same way as Jesus Christ. In ecclesiastical heraldry the crossed keys of Saint Peter, represent the keys of heaven.

Affligem beer may no longer be brewed by the Monks of Affligem but it remains very much an abbey ale. 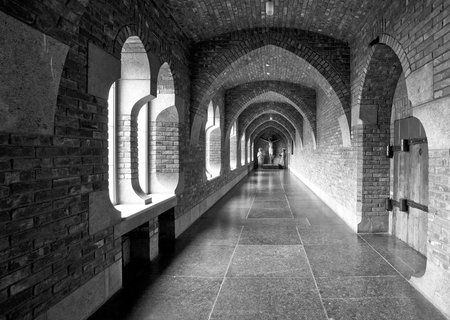 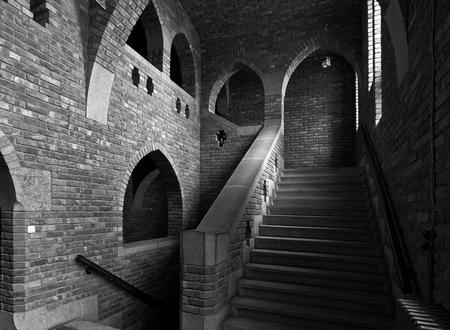 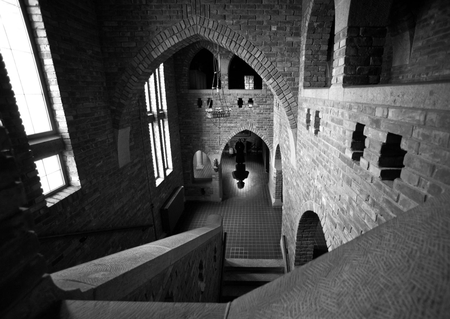 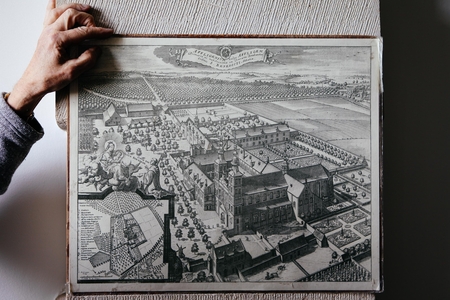 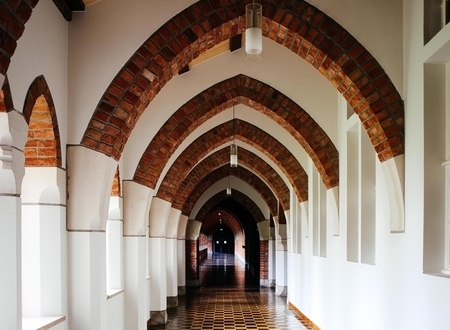 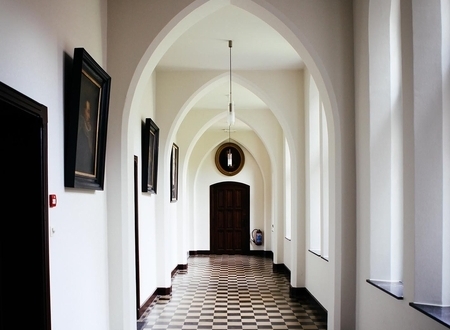 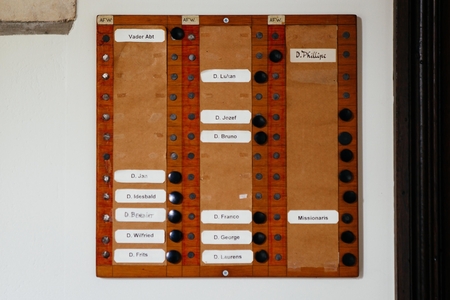 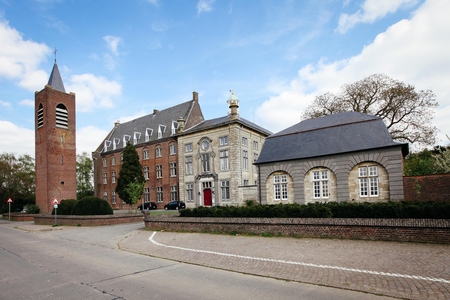 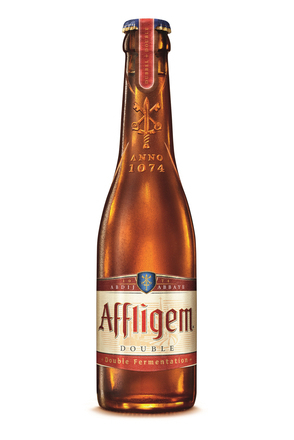 A Belgian abbey-style brune, brewed at the Affigem Brewery in the Flemish village of Opwijk according to a recipe from... 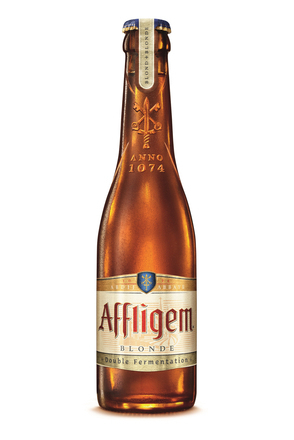 Affligem is an Belgian Abbey beer brewed since the 12th century and now produced by Affligem Brewery under licence from... 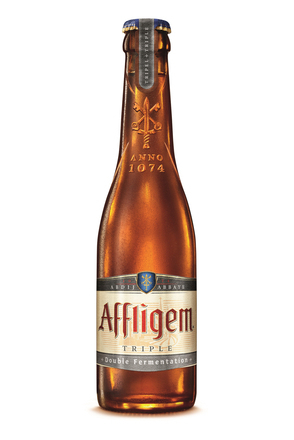 As the name suggests this triple abbey ale is brewed using triple the amount of malt with more yeast and sugar compared...