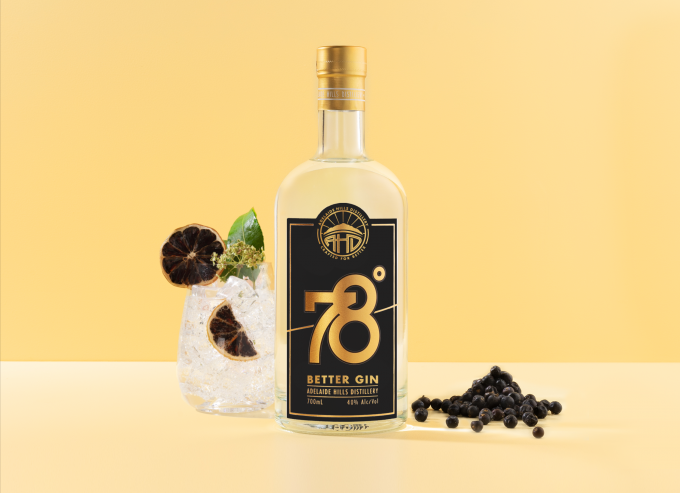 Forget coming up with a ‘modern classic’ for a cash prize – there’s a new breed of competition from Adelaide Hills Distillery which puts charity and sustainability at the forefront and asks how we can all do better in our local communities.

Having launched their 78° Better Gin, the Adelaide Hills Distillery has re-imagined what an industry competition can look like, focusing on giving back to local communities rather than looking for recipe submissions. Instead this new model challenges bars to raise money through the sale of the gin for charities that matter to the team, around $4 from each bottle.

And it’s not just the bars they’re asking, Adelaide Hills Distillery is also donating a portion of their sales from the gin to the charity as well, with organisations looking after hospitality workers in Melbourne on the receiving end for this first year.

“I love cocktail competitions, they’re a great opportunity for bartenders to meet each other, share ideas, and experience different creative processes. The best ones do more than offer up ten weird drinks that would struggle on most menus though, they improve the industry. A lot of cocktail competitions are hamstrung by the brands paying for them and lead to drinks that go nowhere because they’re simply serving brand guidelines. For us, we just followed our mantra ‘crafted for better’ and after a few too many gins in the hills this is what we cooked up!” says brand ambassador Lee Potter Cavanagh.

With a lot of tiredness in the world of cocktail competitions, looking externally to the wider society rather than internally to the industry and drink creation could be one way we see life injected back into opportunities for bartenders to extend their creativity and skill sets.

If you win, judged on both dollars raised and activity that supports the ethos of the distillery, you’ll be invited to help make next year’s vintage of Better Gin and decide which charity Adelaide Hills Distillery donates too next. As Lee says, “cash prizes are great, but like most money, they tend to disappear rather quickly. We thought it would be great to afford the champion Purveyors of Better the opportunity to create lifelong bonds with organisations that they feel passionate about and create social capital for them which will last longer than a cash prize. That and who hasn’t wanted to hand over an oversized novelty check at least once in their lifetime?”

Better Gin’s slogan is ‘crafted for better’ and while we’ve all seen plenty of throwaway marketing phrases in the world gin, this one is shaping up to be a little different from the rest. The team have identified four key elements they want to focus on which are quality, sustainability, use of endemic ingredients and impact to local community. This list of values come from the heart of everything Adelaide Hills Distilery do and which inspired 78° Better Gin’s creation as well as being the four elements that will be used to judge the winner of the competition.

Purveyors of Better runs from January 1st to March 31st, and bars who want to participate can get in touch with their local SouthTrade rep to talk details.

... comment(s) for Purveyor of Better Program