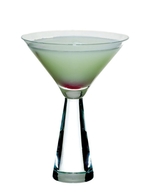 There's not many days more patriotic around the world than America's Independence Day. It's a celebration marking the day in 1776 when the Declaration of Independence was signed, a mere two days after the United States had said its farewells to Britain and struck out on its own.

Back then, the United States of America included just thirteen states - the former colonies - so the first Independence Day celebrations featured thirteen-gun salutes. Today, a fifty-gun salute is fired at noon to celebrate all fifty states of the Union.

Here at Difford's Guide, we've a soft spot for the nation who gave us Jerry Thomas, American whiskey in all its incarnations, the legend of rum runners, speakeasies, and the cocktail bar crawling paradise that is New York City, and indeed numerous other cocktail bar rich cities.

So, beyond the layered red, white and blue Fourth of July Shot we suggest an Appletini created in West Hollywood, California on this very day in 1996. Then, celebrate in style with some of the best American classic cocktails. 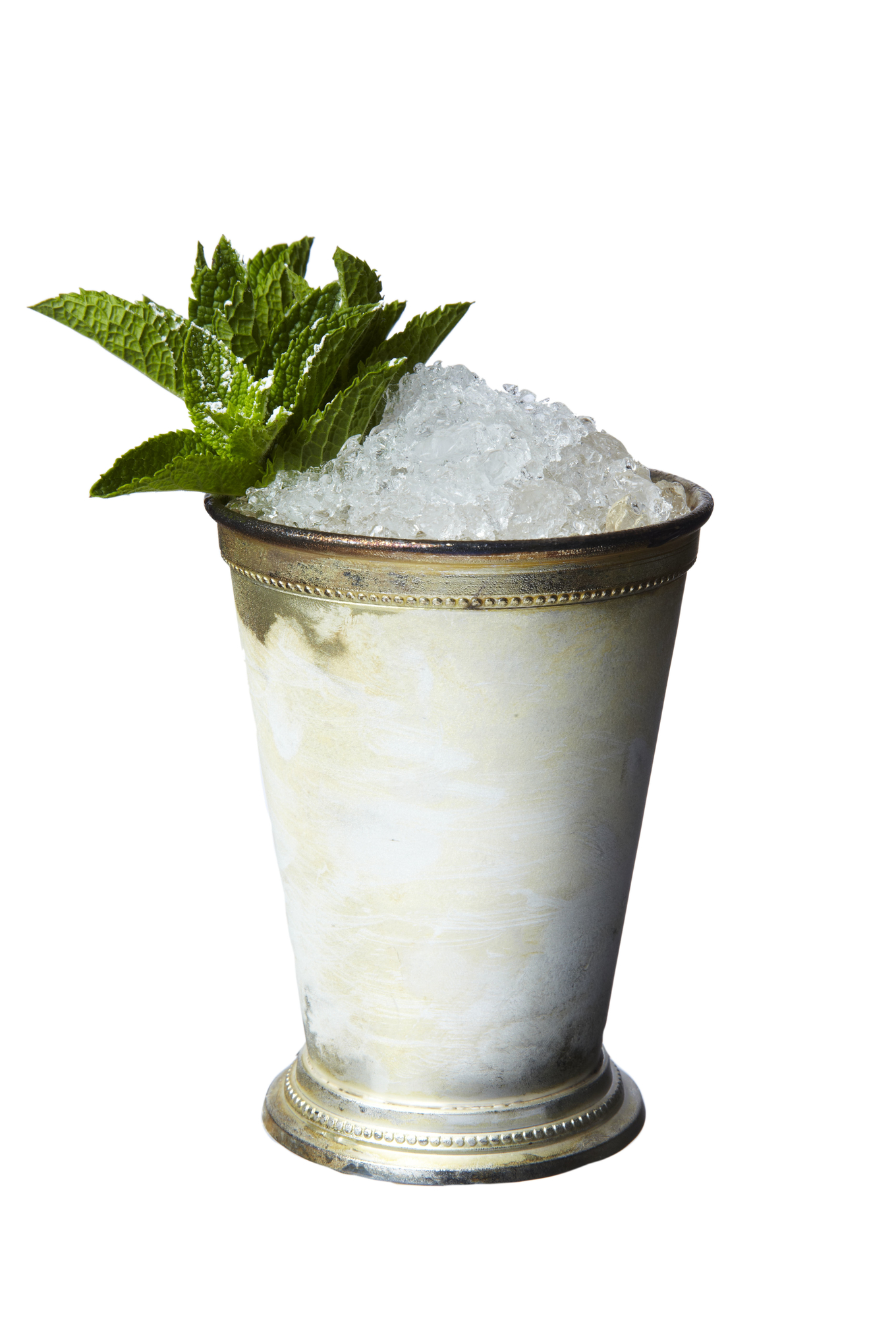 Mint Julep Cocktail
With: Mint leaves, bourbon whiskey, sugar syrup, aromatic bitters.
We say: A cocktail closely identified with the America's Deep South and famously served at the Kentucky Derby, the Julep probably came to America by way of Europe but was only made with whiskey once it had crossed the Atlantic. 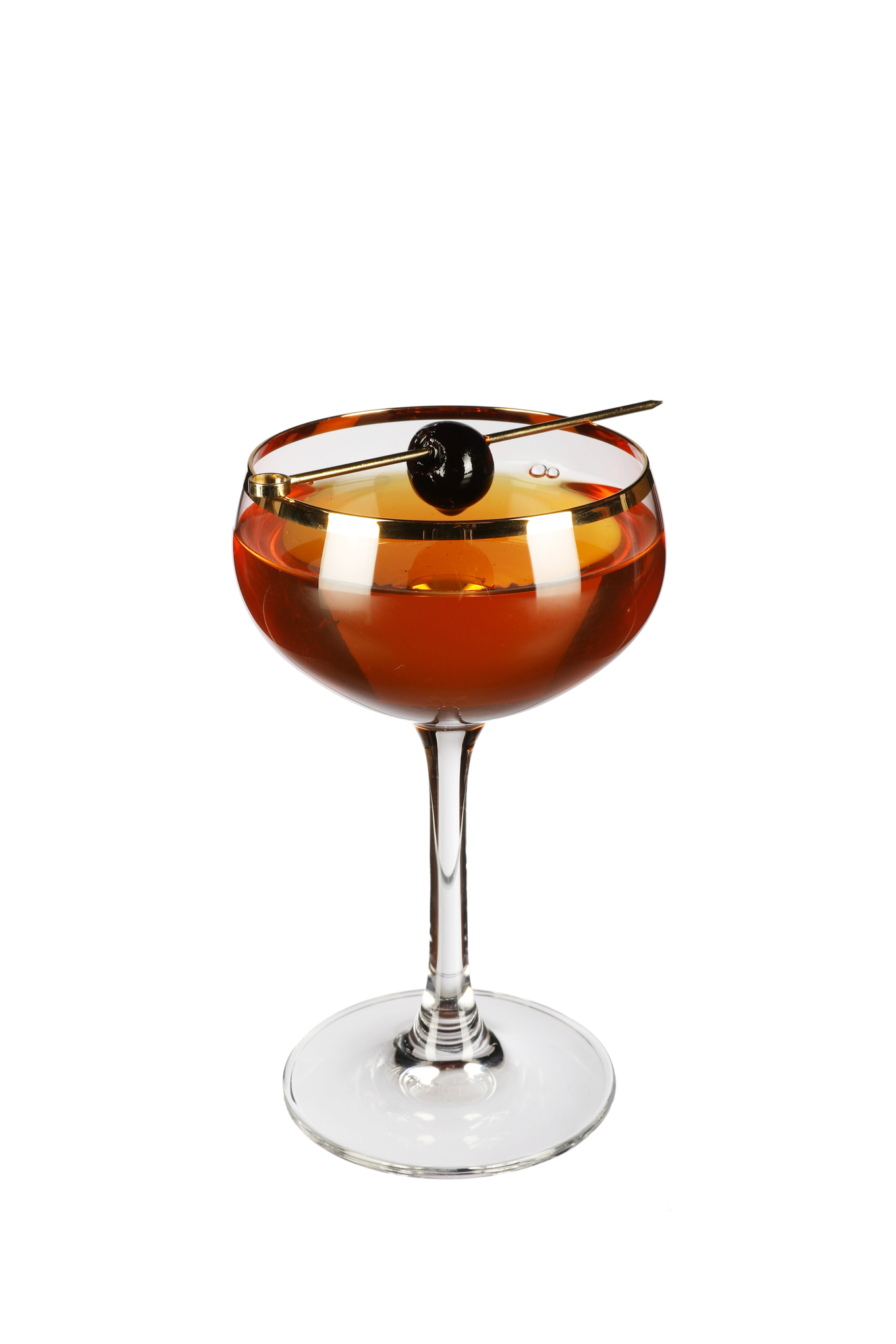 Manhattan (Sweet)
With: Bourbon, sweet vermouth and aromatic bitters.
We say: The first known written mention of the Manhattan is in a September 1882 article of the Olean, New York, Sunday Morning Herald. 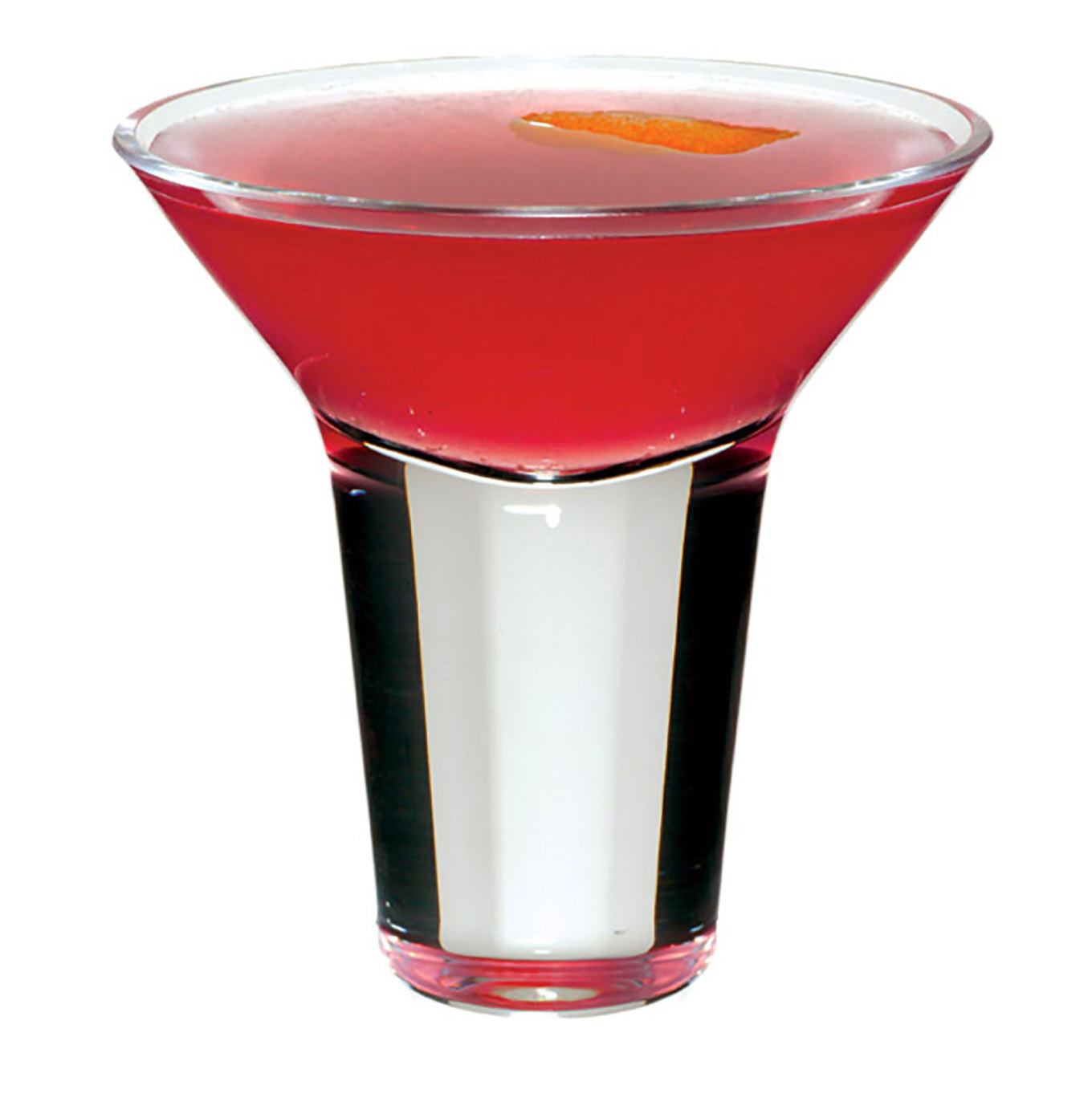 Cosmopolitan Cocktail (Difford's recipe)
With: Vodka, triple sec, cranberry juice, lime juice and orange bitters.
We say: Not the 1934 recipe with gin but the modern classic we all associated with New York City where bar legend, Dale DeGroff, added the distinctive garnish and HBO's Sex and the City made it famous. 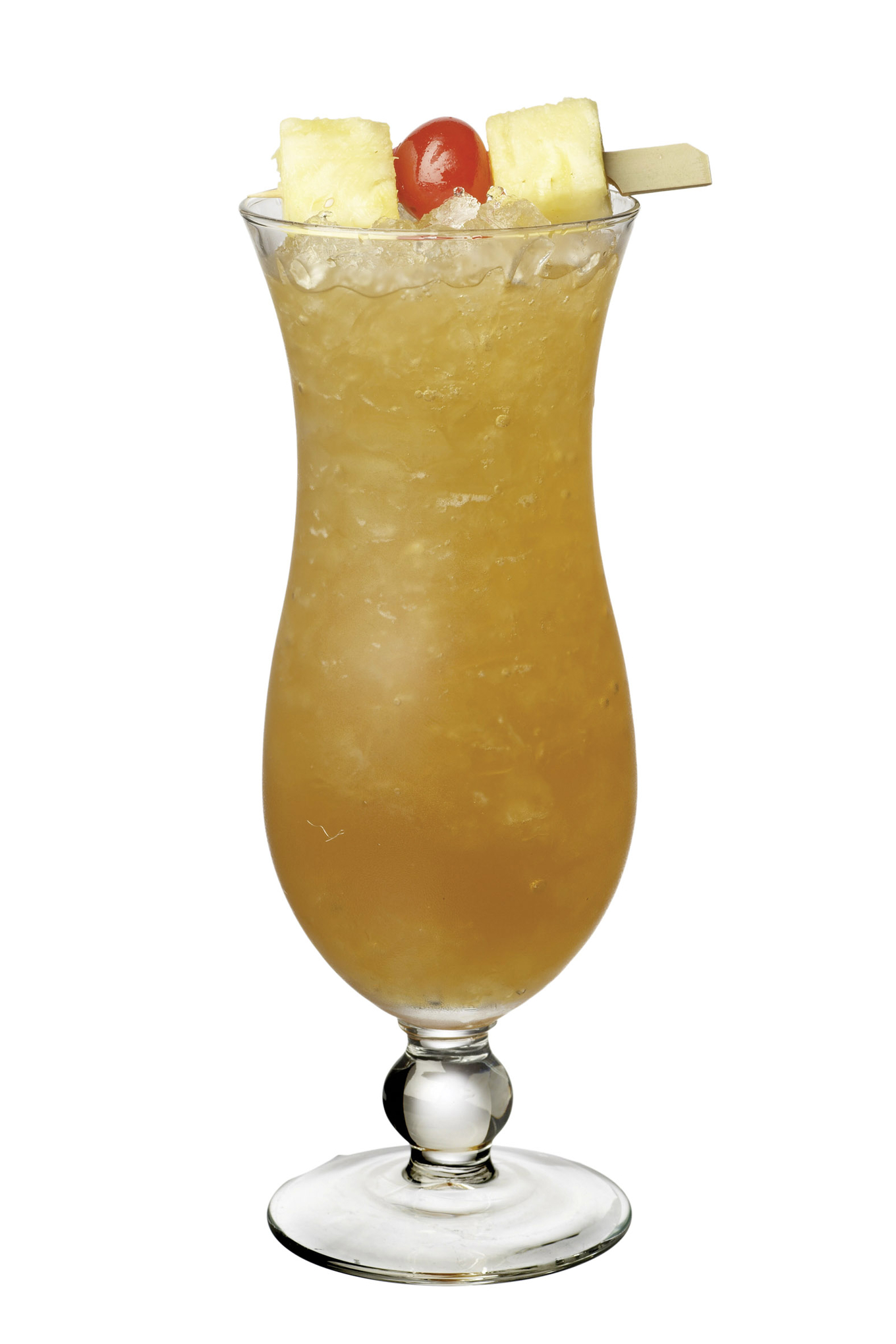 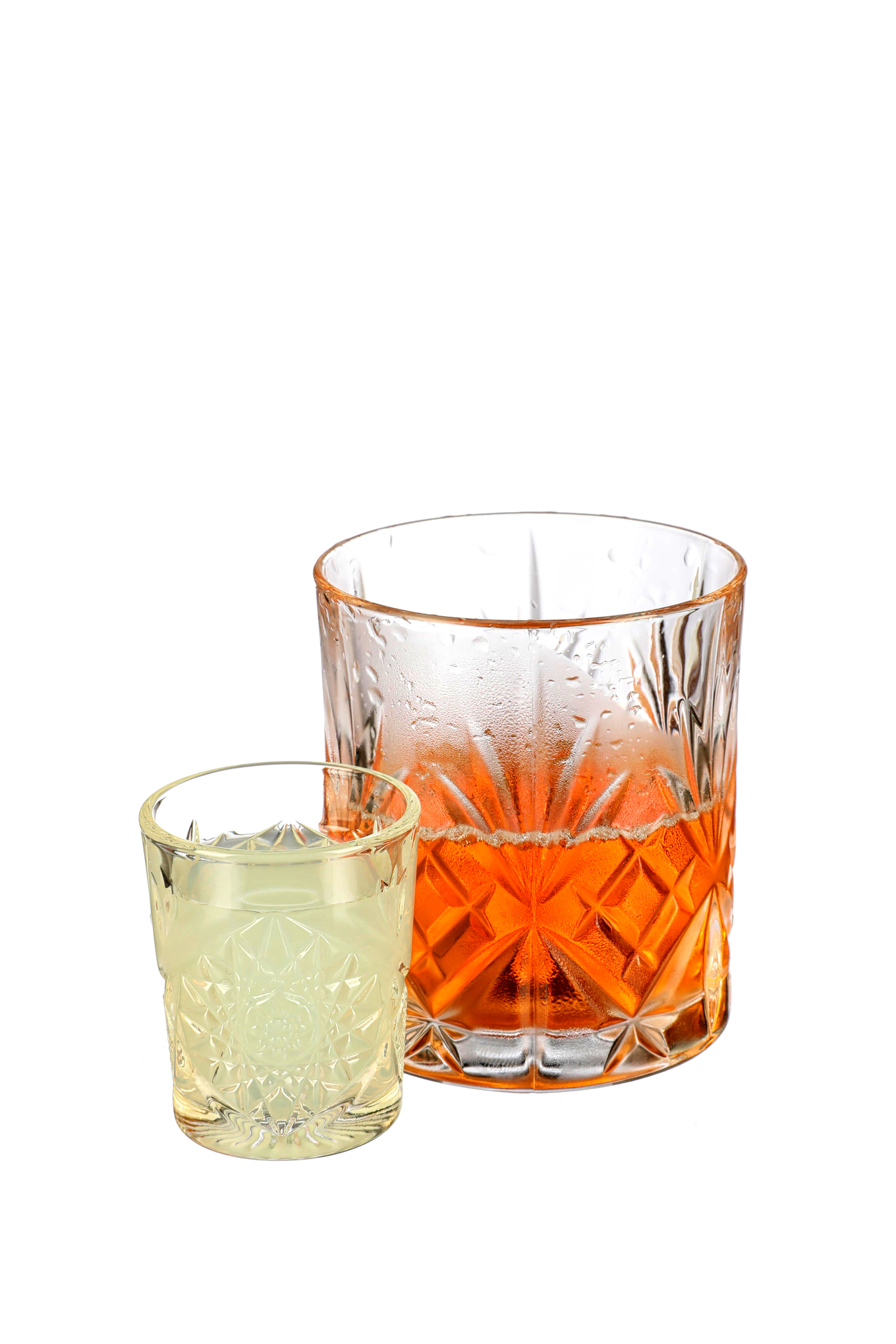 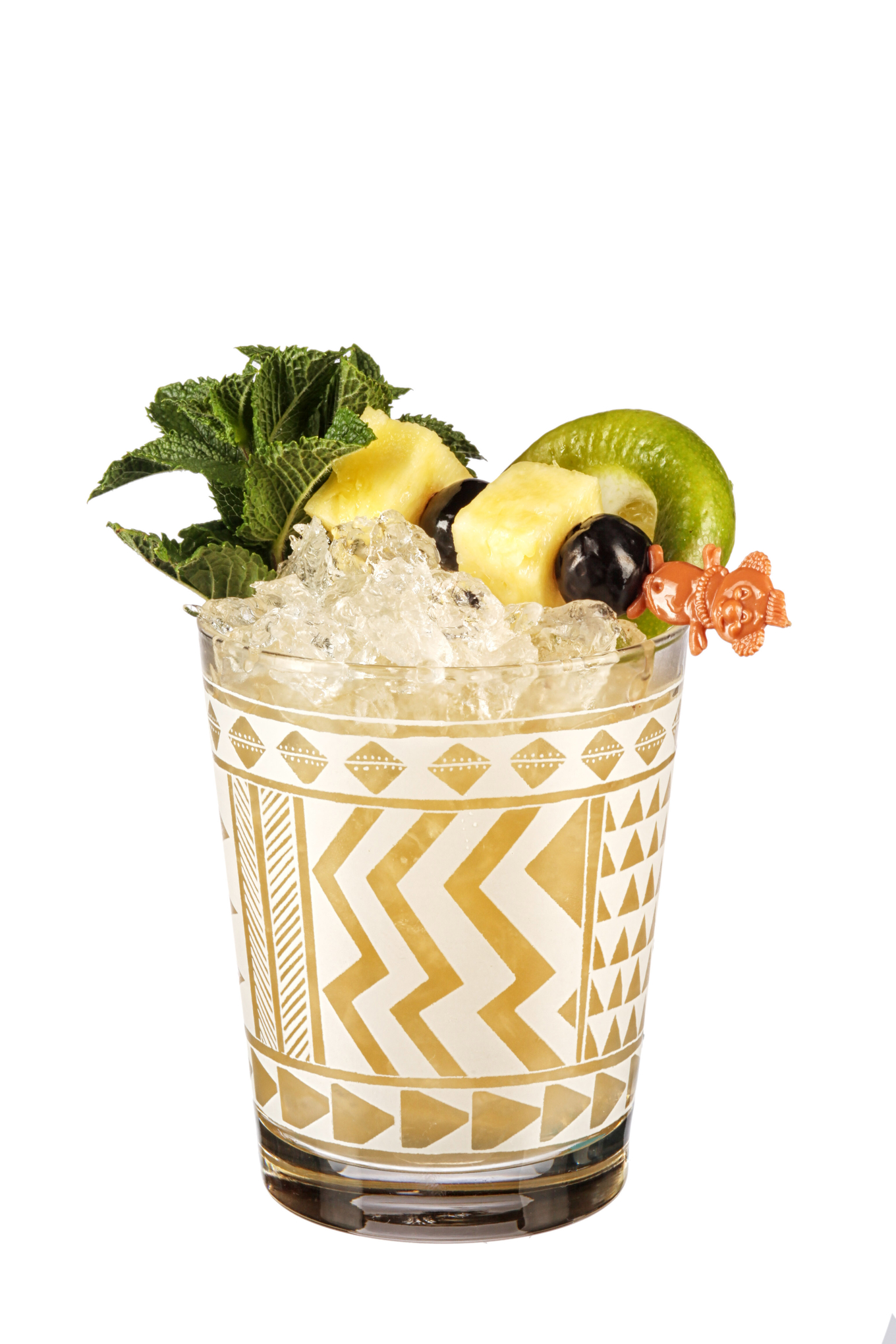 Mai Tai (Trader Vic's) Cocktail
With: Aged rum, orange liqueur, lime juice, orgeat syrup and pure cane sugar syrup.
We say: One for the West Coast here, invented by Victor Jules Bergeron, or Trader Vic as he became known. Opening his first restaurant in San Francisco, Trader Vic is best known for his tropical cocktails. The story goes that one evening in 1944 he tested a new drink on two friends from Tahiti, Ham and Carrie Guild. After the first sip, Carrie exclaimed, "Mai Tai-Roa Aé," which in Tahitian means "Out of this world- the best!". So Trader Vic named the drink Mai Tai. 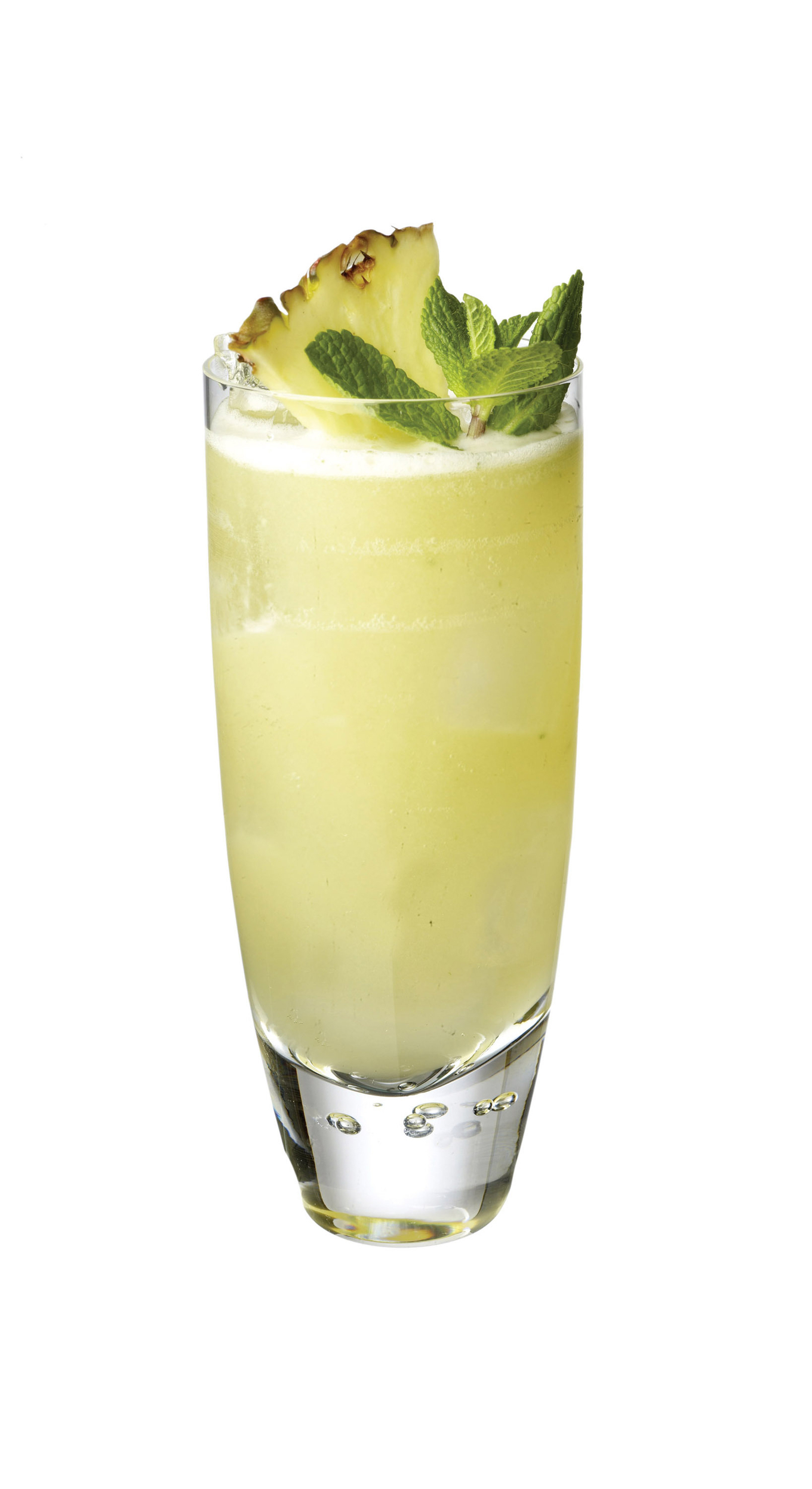 Pisco Punch
With: Pisco, pineapple juice, orange juice, lemon juice, sugar syrup and champagne.
We say: The Pisco Punch was created in San Franscico and made famous at the city's legendary bank Exchange bar where the recipe was a closely guarded secret. 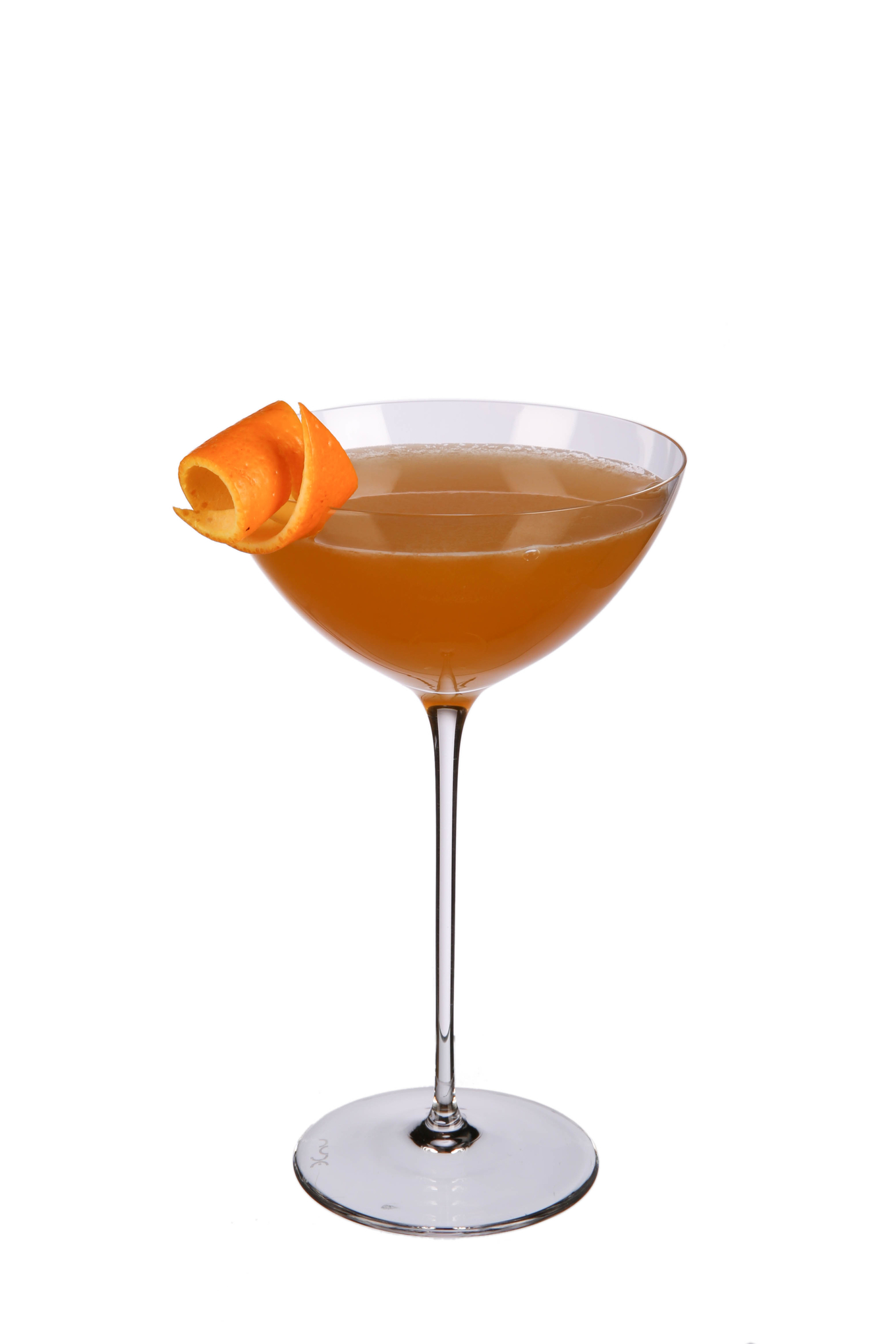 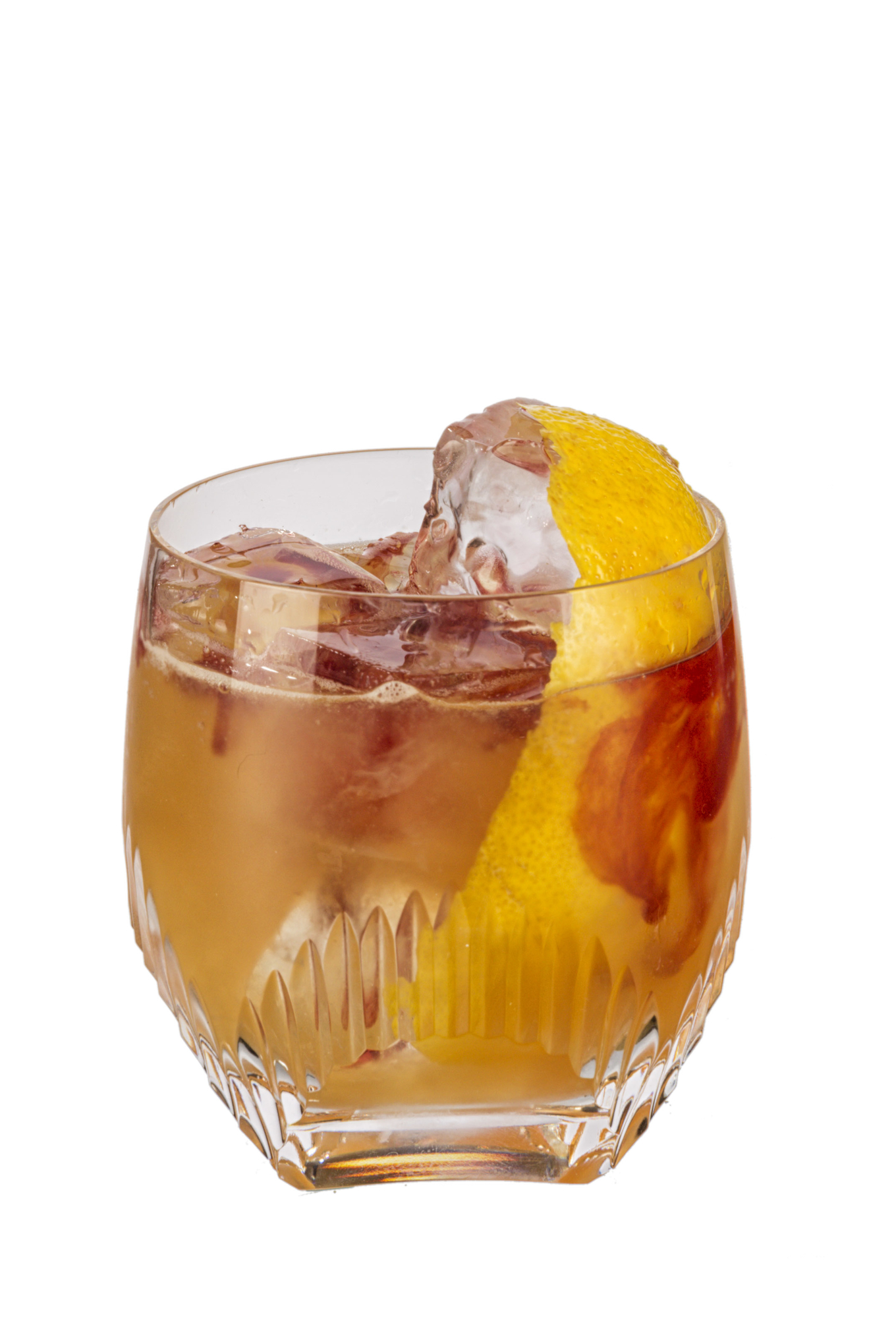 New York Sour Cocktail
With: Bourbon whiskey, lemon juice, sugar syrup, aromatic bitters, egg white, and a red wine float.
We say: Thought to have first been made in the 1880s by a bartender in Chicago, the drink was originally named the Continental sour and then the Southern Whiskey Sour before becoming known as the New York Sour, probably after a bartender in Manhattan started serving the drink and making it popular. 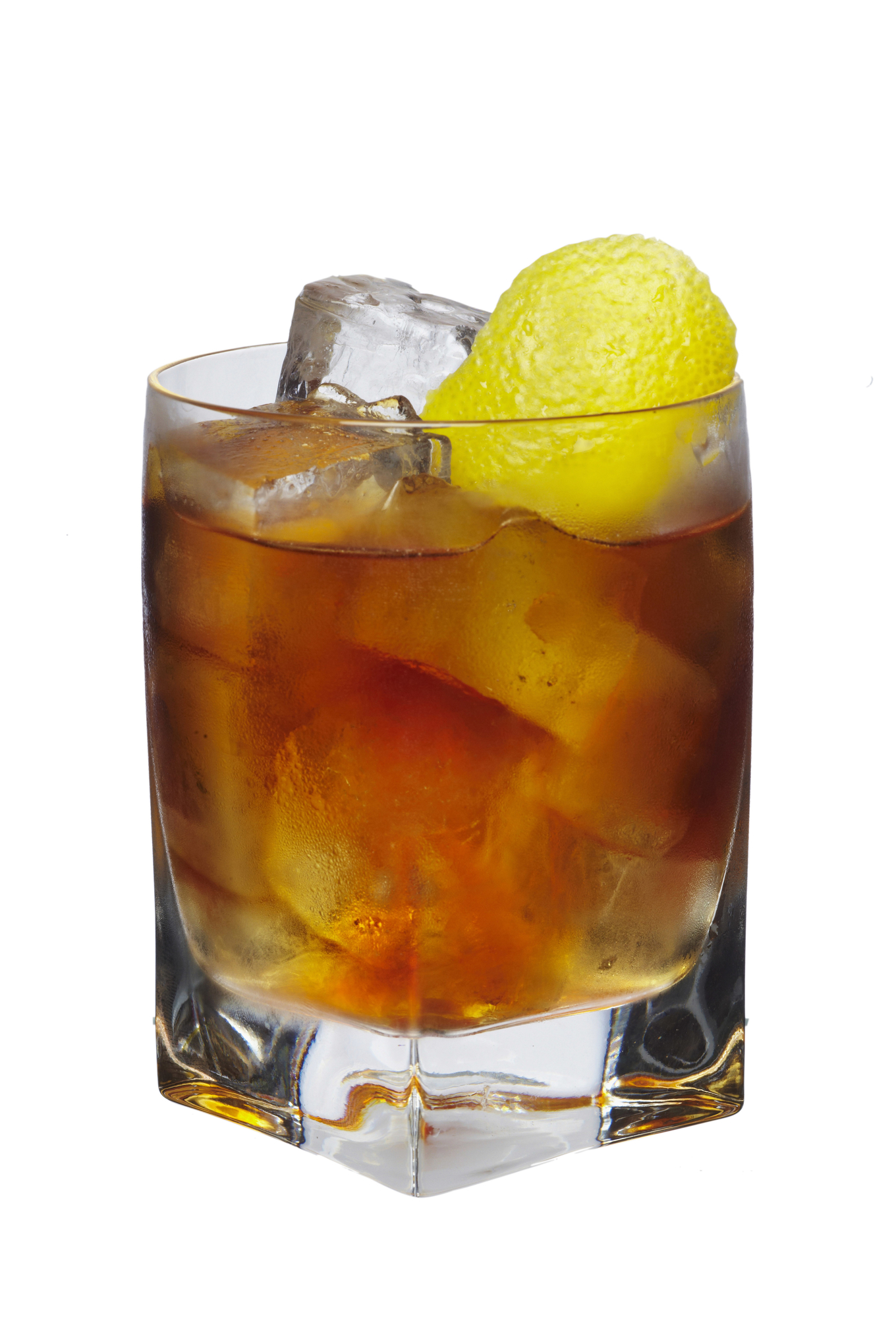 Vieux Carré
With: Bourbon whiskey, cognac, sweet vermouth, Bénédictine D.O.M, peychauds and aromatic bitters.
We say: Created in 1938 by Walter Bergeron, then head bartender at what is now the Carousel bar at the Monteleone Hotel, New Orleans, USA. It is named after the French term for New Orleans French Quarter and literally translates as 'old square'. 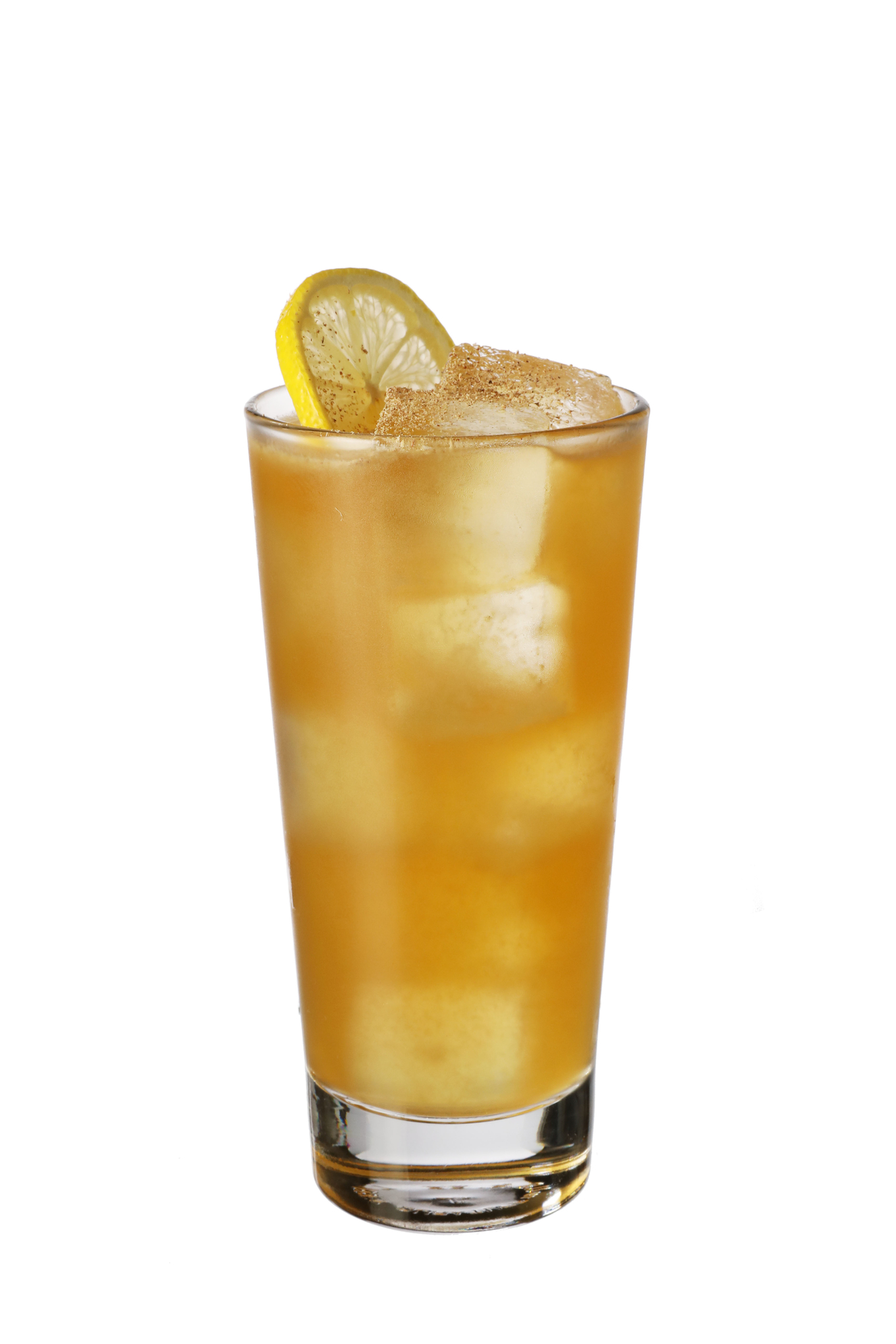 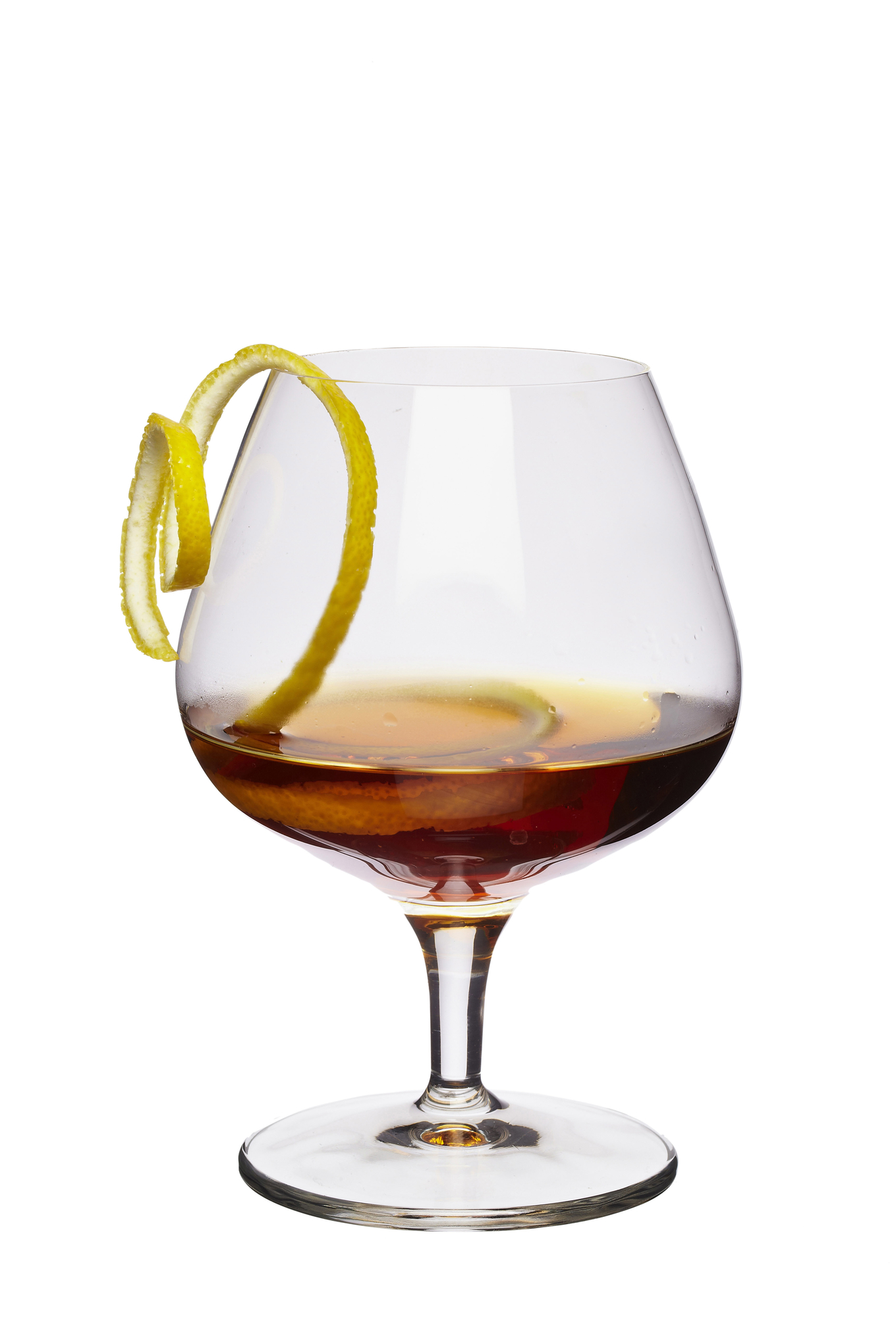 Blue Blazer
With: Scotch whisky, boiling water and powdered sugar.
We say: Created by Jerry Thomas whilst working in San Francisco in the El Dorado, a gambling saloon, during the gold rush. 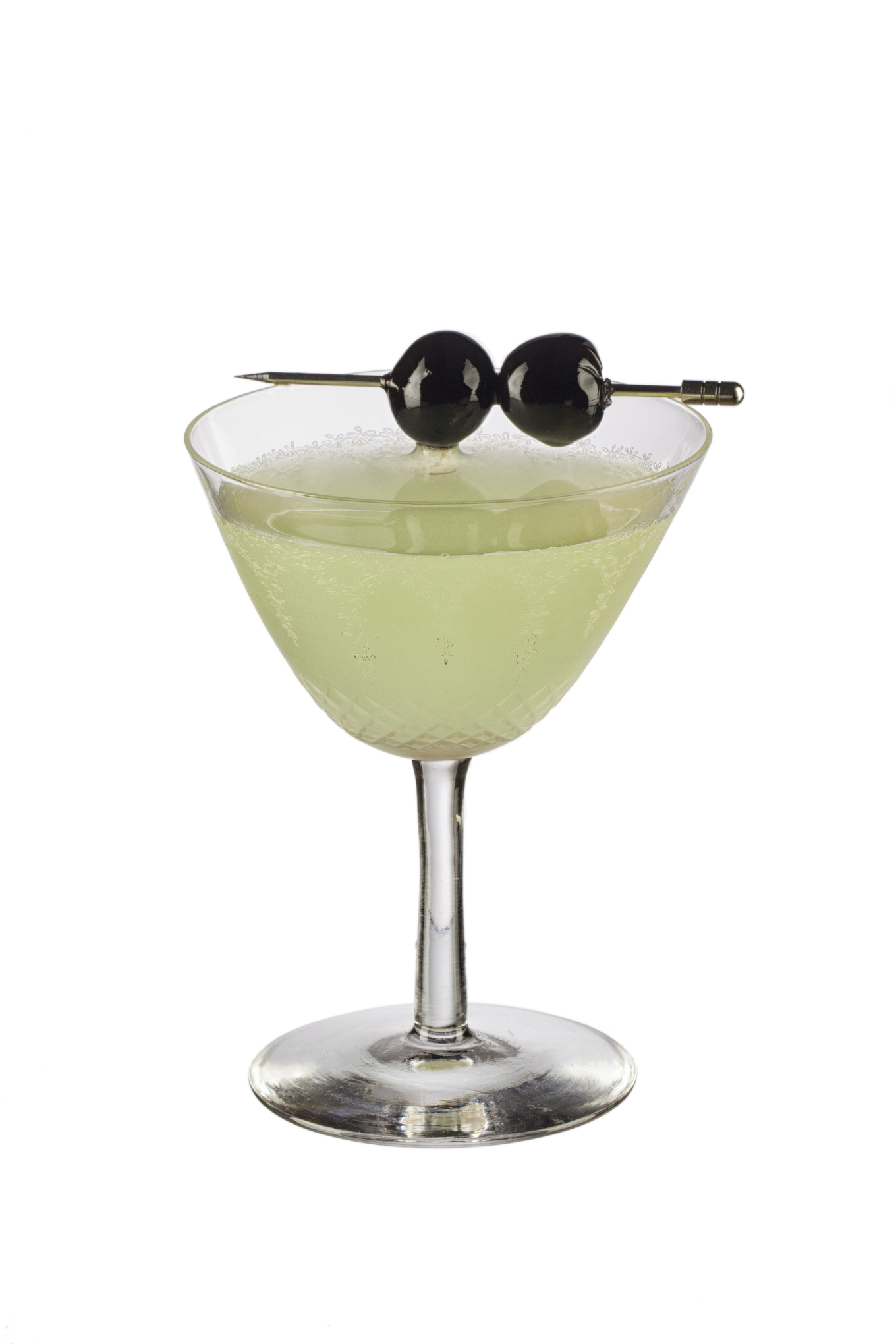 The Last Word Cocktail
With: Gin, Green Chartreuse, maraschino liqueur, and lime juice
We say: Thought to date from immedietly prior to Prohibtion but owes its present-day popularity to being reincarnated in 2004 by Murray Stenson during his tenure at the Zig Zag Café in Seattle, USA. 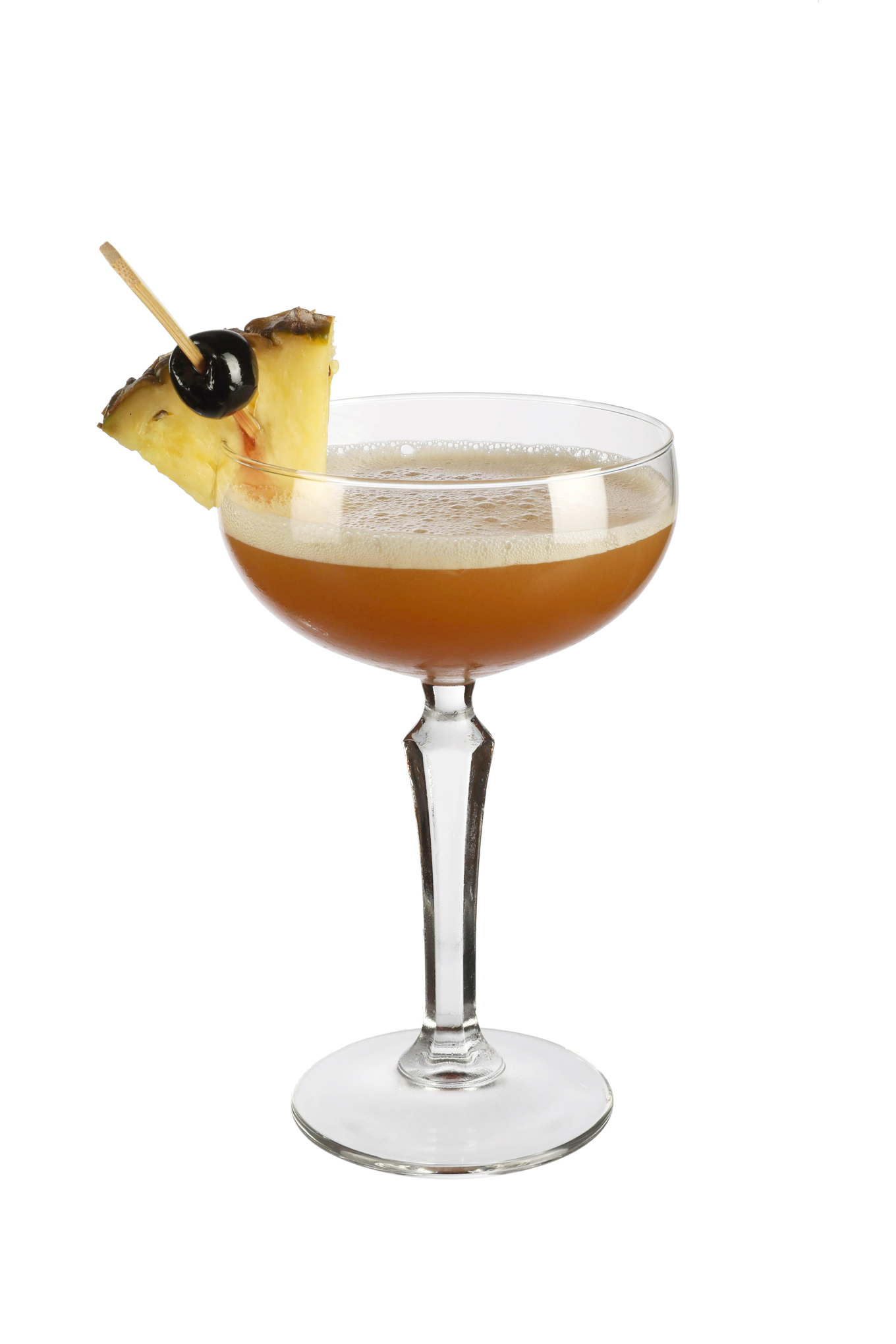 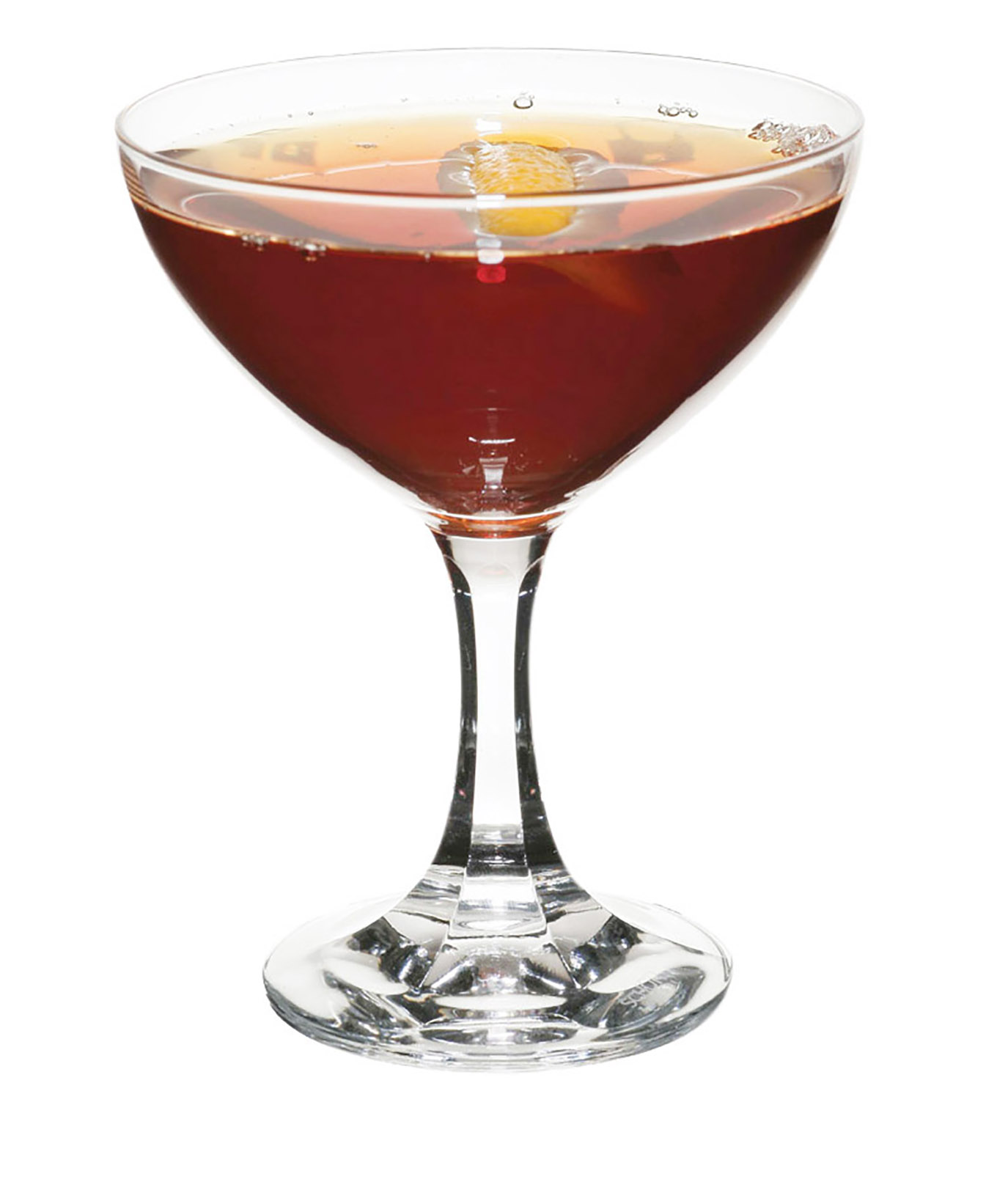 Delmonico
With: Cognac, vermouth and aromatic bitters.
We say: Named after and likely created at New York's Delmonico's Steakhouse Restaurant, the history of which dates back to 1837 when the Delmonico brothers opened "the first fine dining restaurant in the country." 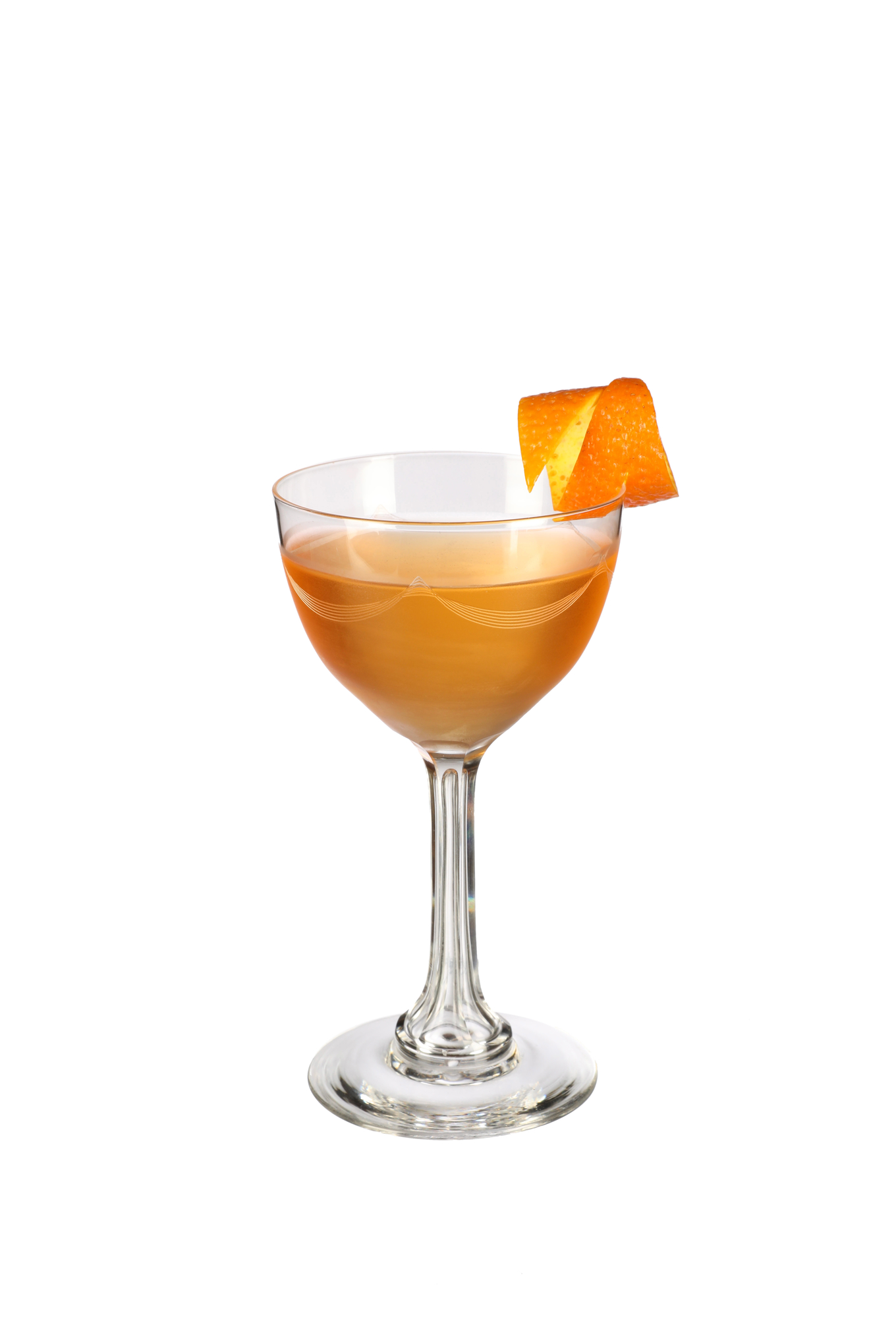 Gypsy Queen
With: Vodka, Bénédictine D.O.M and aromatic bitters.
We say: Refereneced in a 1938 booklet published by New York City's famed The Russian Tea Room, this makes it one of the earliest vodka-cocktails in the USA. 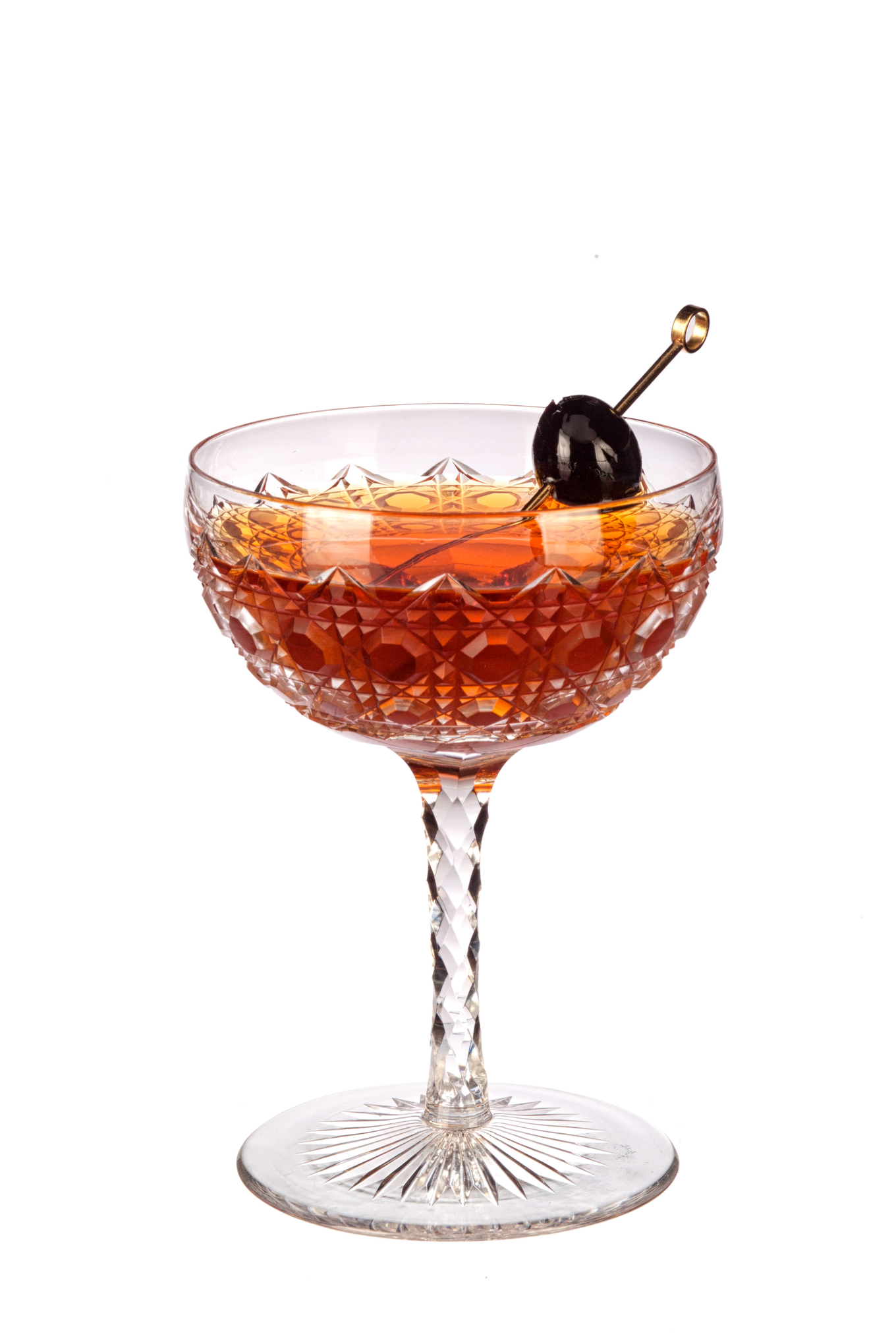 Rob Roy Cocktail
With: Scotch whisky, sweet vermouth and Abbotts bitters.
We say: Created in 1894 at New York's Waldorf - Astoria Hotel (the Empire State Building occupies the site today) and named, not after the Scottish folk hero and outlaw Robert Roy MacGregor, but after the Broadway show that was showing at the time. 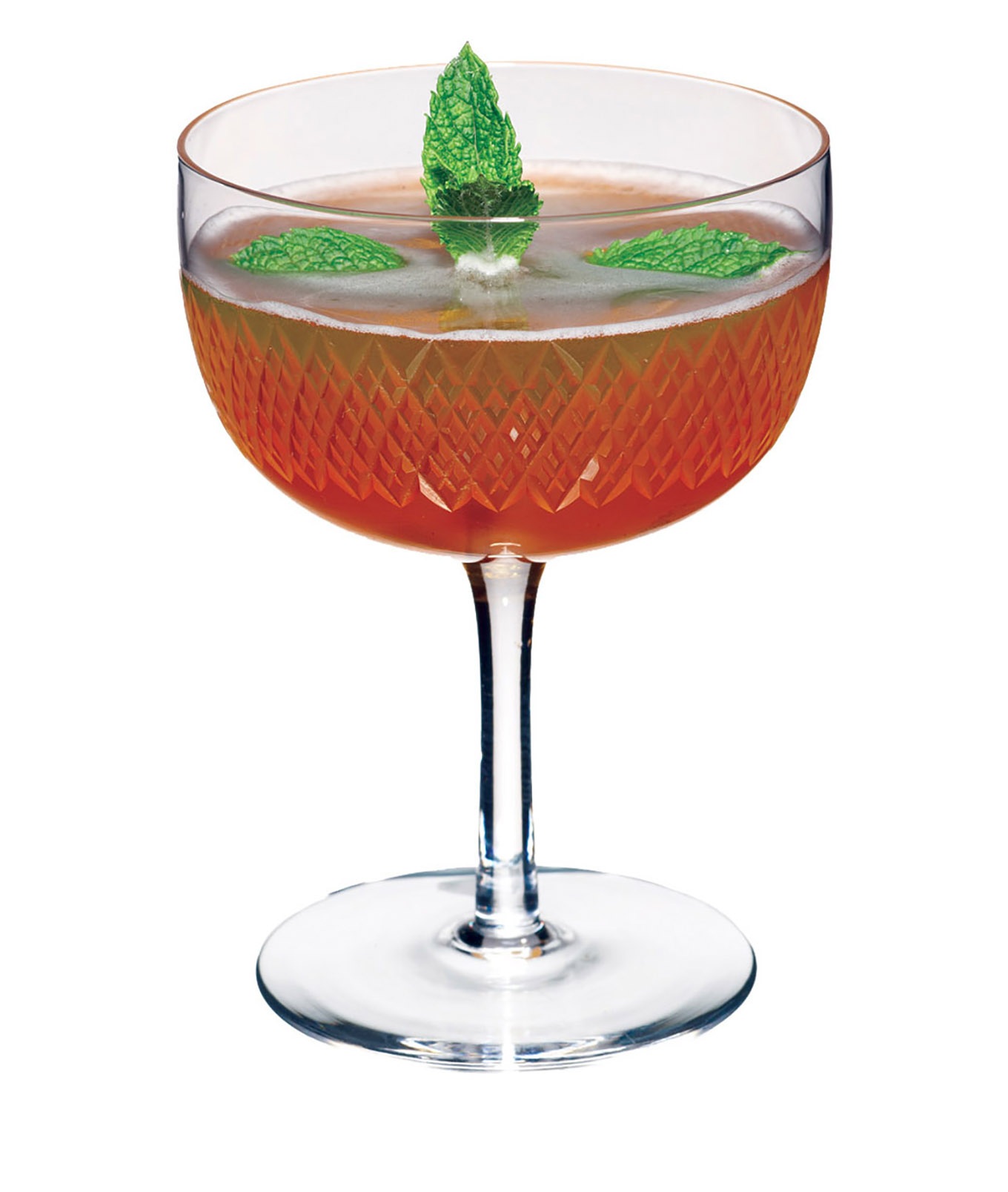 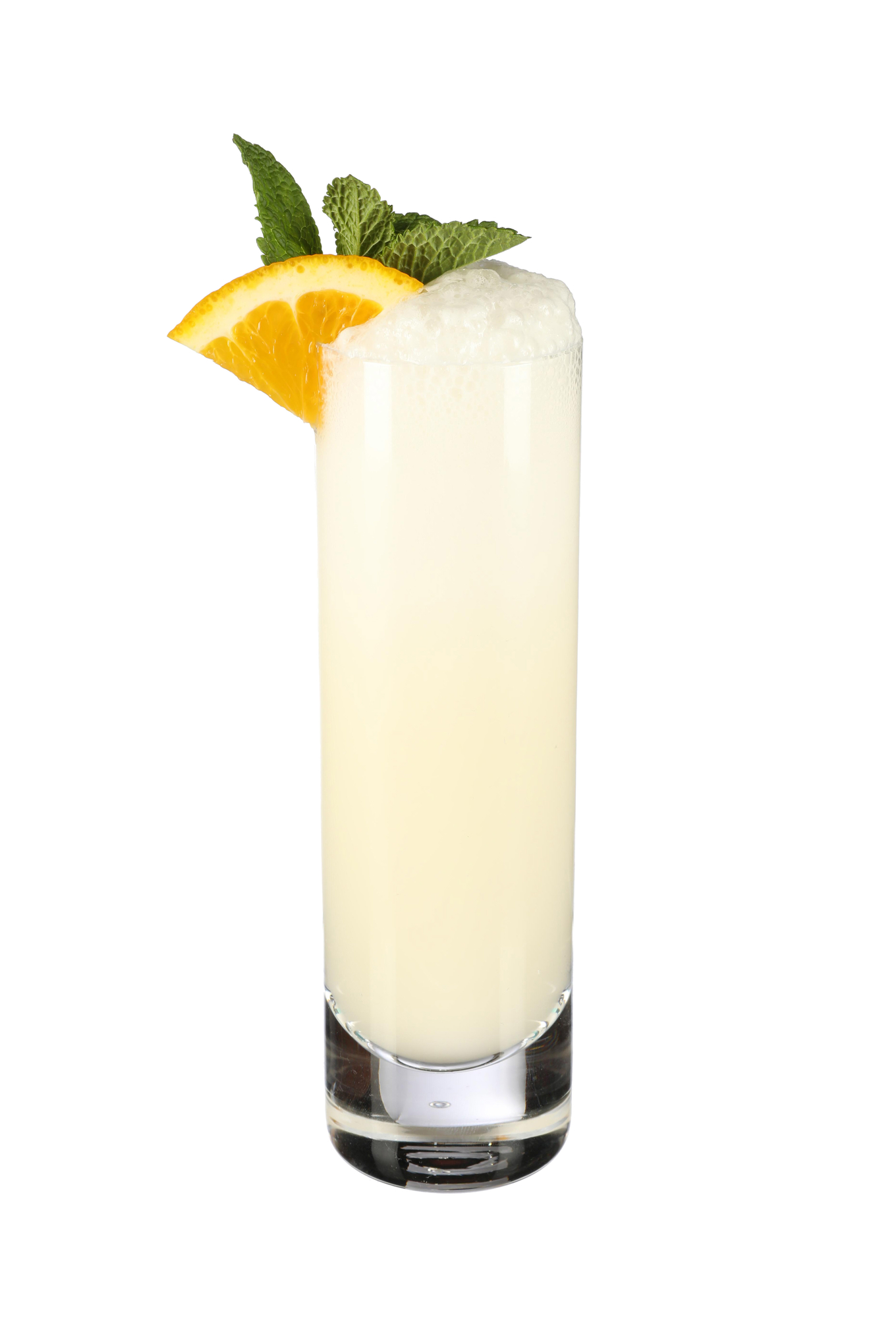 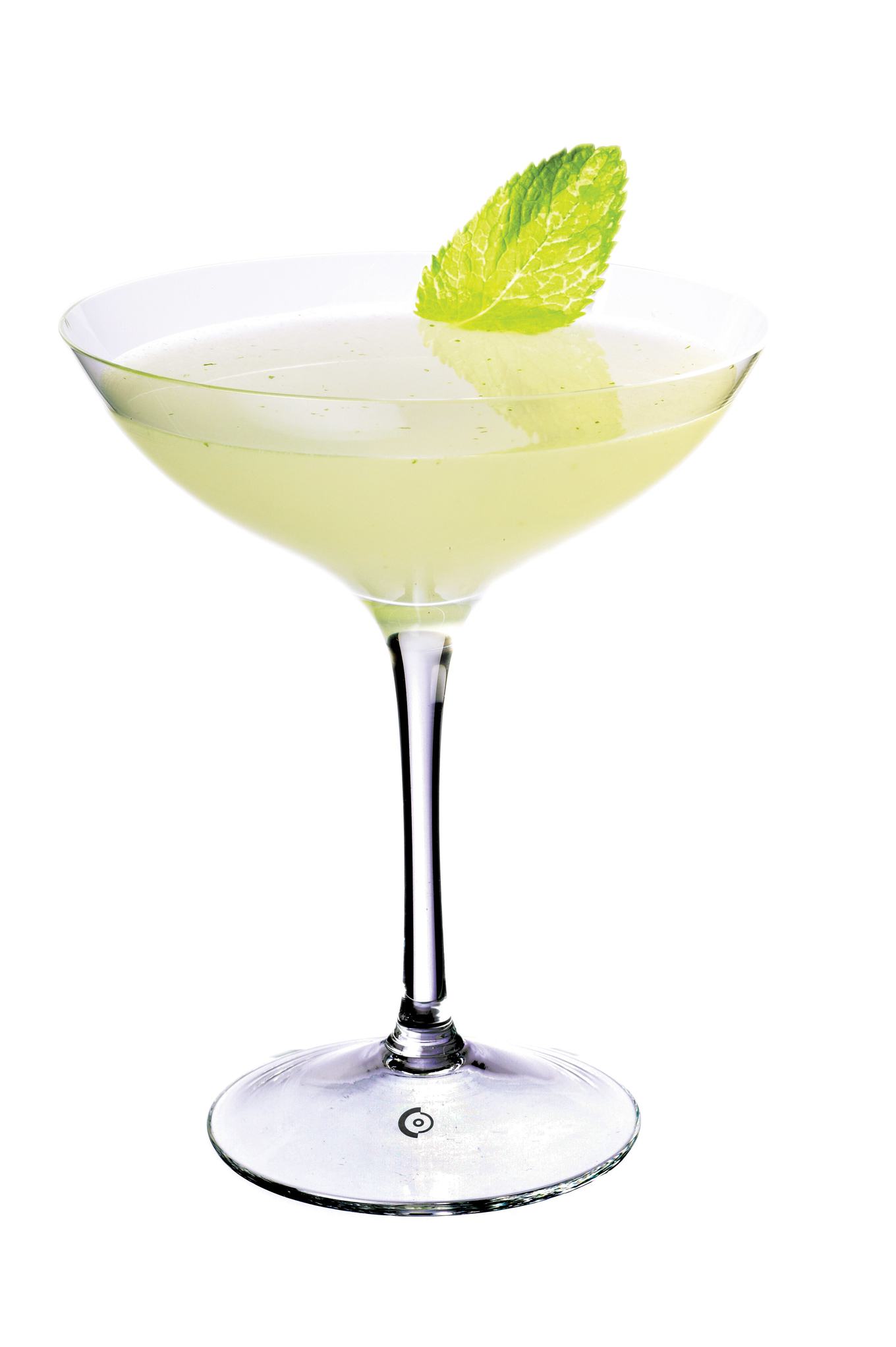 Southside
With: Mint leaves, dry gin, lime juice and sugar syrup.
We say: Purported to have originated at New York's Twenty-One Club, a long version served over crushed ice is said to have come from the southside of Chicago during Prohibition where it was drunk by the Southside mobsters, while on the other side of town hoodlums enjoyed the Northside (gin and ginger ale).

As mentioned above, New York City is home to many of the world's most famous and regarded cocktail bars and it also boasts a surprising number of cocktails named after its neighbourhoods. Numerous other American cities rank highly in the world cocktail city stakes but New Orleans' cocktails are perhaps the best known.