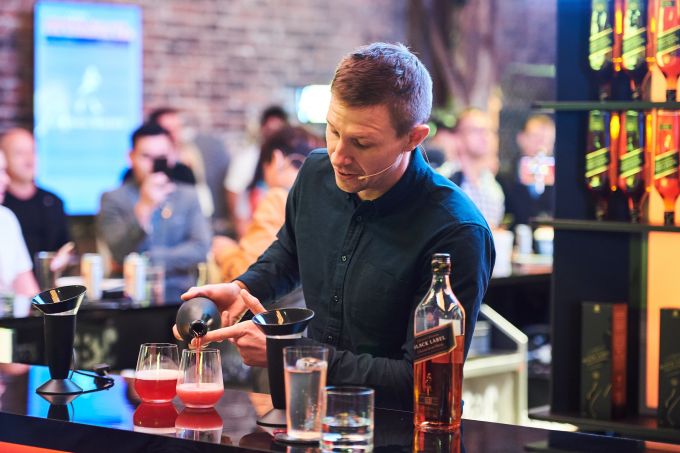 Age: 34
Originally from: Brisbane
Profession: Head of Mixology for The Speakeasy Group
At: Melbourne

Brisbane bartender Alex Boon made the move to Melbourne a few years ago and has been working his way up the Speakeasy Group (Eau de Vie Syd and Mel, Mjølner Syd and Mel, Nick & Nora’s Parramatta and Mel, Kiss Kiss Bang Bang Syd and Boilermaker House Mel) ever since. During this time he also won the Australian leg of Diageo’s World Class competition in 2019 and went on to represent the country at the global finals in Glasgow. In 2020 he landed a dream role as head of mixology for the Speakeasy Group and is now opening his first venue, Pearl Diver Cocktails & Oysters, with the group's backing through their pathways to partnership program.

What was the process of applying for The Speakeasy Group’s partnership program like?
The Speakeasy Group’s Pathways to Partnership program began at the beginning of last year and was created to help talented hospitality professionals who want to open their first venue but may not have the capital to do so. The first P2P was opened to 6 individuals who worked for the company, myself included. I was approached by Greg Sanderson (managing director/part owner of the group) while working at Mjolner asking if I would like to be a part of the first Pathways to Partnership program and I said yes not realising at the time where it would take me. From there we underwent sessions curated by both Sven Almenning (CEO of the group) and Greg on everything to do with opening and successfully running a venue.

As the program went on through the year that was, all applicants started fleshing out their concept and adapting it as each session taught us something different. We finally had the opportunity to pitch our concept to the boys and they picked one that they were excited to get behind, although they have said that they may do other concepts from the 6 that did the program. It’s an amazing opportunity and the group will be doing it again next year opening it up to 6 Speakeasy group staff members and 2 external applicants. The best way to apply is to come on board to the Speakeasy Group and work in one of our amazing venues or if you want to apply as an external applicant head to www.speakeasygroup.com.au/partnership and apply online.

Has Pearl Diver Cocktails & Oysters been something you’ve dreamt of for a while or has the blue print come together recently?
Pearl Diver Cocktails and Oysters was a brainchild of ours while Pez Collier and I were doing the Pathways to Partnership program. Before we had the idea for PDCO we had come up with roughly 4-5 different concepts. I had previously worked in a cocktail and oyster bar in Brisbane and could see how special the dynamic could be and in the back of my mind I always wanted to revisit the idea. Pez and I both agreed that there was a large gap in the market for what we wanted to create so over the course of 2020 we worked on how we could elevate that experience using fresh, local and seasonal produce, matched with oysters from around Australia.

What made you choose Perryn Collier as your future business partner?
I think he chose me to be honest. Pez and I have had a very long friendship both in and out of the industry. We have always had a great connection and both of us are very like-minded and passionate about what we do. We also aren’t afraid to tell each other to get stuffed! I think Pez and I both have completely different strengths that we utilise and weaknesses that we can help elevate which, in a business sense, is very important to us. He’s also brutally honest about things he likes and dislikes, including my drinks.

Who is inspiring you lately (in or out of booze)?
I get inspired by random stuff all the time, at the moment I’ve been listening to a lot of music by a band called IDLES who also use their voice to raise awareness about toxic masculinity, racism, homophobia and sexism which I think is great! 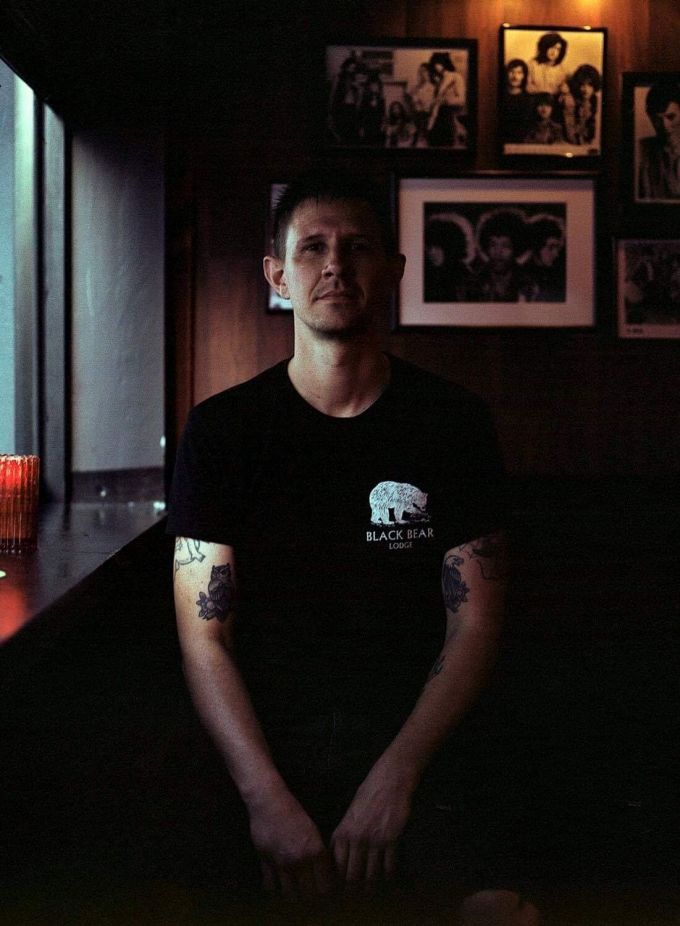 Would you open a bar anywhere else in Australia apart from Melbourne?
We would love to open multiple venues and we are definitely giving serious thought into other cities in Australia. Pez and I both love Melbourne and consider it home but I can totally see myself elsewhere in the future setting up more venues, fingers crossed!

Who have been your mentors over your bar career?
I’ve been very lucky in the mentors I’ve had over the years and they have helped shape not only my career but also me as a person. I think that a true mentor in this industry doesn’t just show you how to make a great drink but also helps put you on the right track in life. I was lucky enough to work for Chris Denman and Gerald Faundez when I first started bartending and these guys showed me the basics of what good service and hospitality were about. I worked for Lucy and Sean Forsyth who taught me organisation at a time when I had absolutely none (thanks Lucy) and Seany teaching me that bartending isn’t just about making drinks, its about being a good host and controlling a room. Everywhere I’ve worked I’ve always found someone to teach me something, anything all the way through my career and now I have new mentors with Greg and Sven which is amazing.

Who is your favourite bartender in the business right now?
There are so many, I might have to name a few. I love holding the bar up at Above Board and being served by Hayden Lambert, he’s actually part of the reason I moved to Melbourne. His hospitality is second to none and he can make a fantastic drink. Matthew Stirling is another person in the Industry I really admire and I love his attitude and the way he treats customers in a bar, service from Matt is like a big warm hug. Although I don’t get up to Sydney enough, I really respect the work Evan Stroeve puts in to his craft, the same can be said about Mr. Darren Leaney, who arguably makes some of the best drinks in Melbourne.. and he can run fast! Finally, Nick Teser, who doesn’t tend bar much these days but is an amazing host which is just as important!

What’s your favourite bar in Aus?
Kent St. on Smith St. in Collingwood. It’s not the prettiest bar and it’s probably never going to win an award for its drinks, but they play trashy old 80’s movies and great music and have friendly staff. Try the Buckfast if you go there.

Hangover cure?
As I get older, they become harder to cure but I still can’t go past a well-made Bloody Mary! 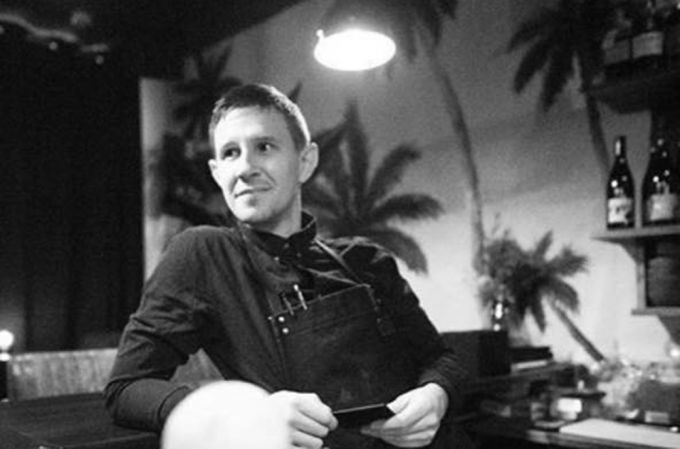 What does a typical day look like for you at the moment?
At the moment I’m more or less 9-5 working as the head of mixology for the Speakeasy Group so I try and keep a steady routine. My days at the moment primarily consist of changing the venues cocktail lists, working closely with staff on drink development along with doing shifts in the venues and getting Pearl Diver going. Outside of that I try and drink plenty of water, eat semi-healthily and go boxing in the afternoon. After that I might treat myself to a glass of wine or a beer somewhere! Life’s good!

What’s the worst decision you’ve made in hospitality and what has been the best one?
Being in the industry for over 10 years I can safely say I have made many bad decisions but the worst? That’s a tough one. Without losing too much face there was an incident that lead to me being hospitalised after air-guitaring, but I’ll leave that one to your imaginations. The best decision I’ve made was moving to Melbourne and setting myself some very big goals that I’ve been ticking off. It’s important to have goals!

How do you plan to approach managing bar teams and trying to keep staff invested and happy in your future venue?
This is something I’ve spoken to many people about in the industry as I think it is incredibly important and I’ve gained some amazing insights into how other venue managers/owners navigate this. I think it all comes down to creating the right culture within your company. It’s nurturing your staff and giving them the tools, guidance and support to not only grow within your company but personally as well. As I said earlier, a great mentor will help you reach your goals in and outside of the industry and that’s what Pez and I plan on doing for our staff. I feel if you invest in your staff this way you receive loyalty and hard work in return.

If you weren’t in the bar industry, what would you be doing?
I’ve always enjoyed art and music so I think I would have gravitated towards that. Maybe be a one-man-band or those people that do chalk drawings on the side of the road.