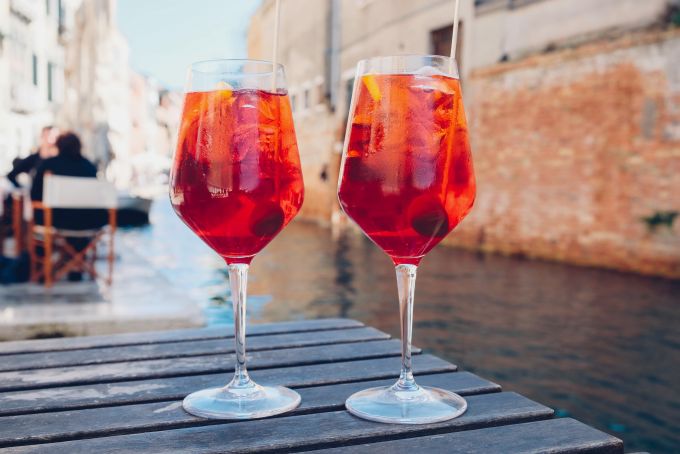 Select is often credited as the very first Italian bitter to be added to the Spritz formula, thus forming part of the Original Venetian Spritz. This traditional serve is long overdue a comeback, so we take a look at its bright history and explore why it might just become your new favourite Spritz.

Spritzes are a very old category of drink, one whose story starts with the Ancient Greeks who would water down their wine, a tradition that would last as Rome overtook Greece as the dominant Mediterranean power. There are examples from Augustus' time of sweet wines being diluted with snow and drunk as aperitivi, while others were flavoured with herbs and spices, or sometimes with honey or roses.

In the same spot, 2000 years later, vermouth was invented, and shortly after bitter liqueurs followed. All of these traditions combined would leave us with the building blocks for the Spritz - although the practice of wine with water was reintroduced to the Italians not through their Roman ancestors but from Austrians, or so the story goes. The northeast of Italy, where our drink originates, was host to plenty of Austrians when it was under the Hapsburgs' rule in the 19th century and during WWI. Used to high-acid Rieslings and Gruners, as well as lower-abv beer, the Austrians found the local wines were strong and bitter and not to their liking so they started ordering their wine with a spritz of water to dilute it. Thus you have the early Spritz, a combination of white wine and still water. 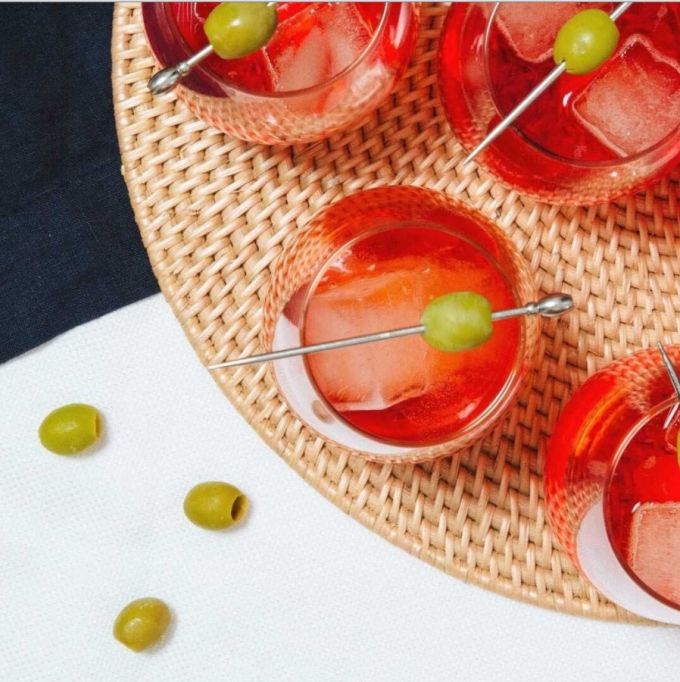 What we know as a Spritz isn't born until soda is born - giving the drink its identifying sparkle. Siphons to create soda water start to find a footing in Italy in the late 1800s but by the late 1910s it found stardom in Italian bars and restaurants. At the same time bitter liqueurs - wine or spirit-based concoctions infused with bitter herbs, citrus and sweeteners - were no longer viewed as medicinal but became part of the social occasion. And suddenly cocktail culture was born in Italy.

Fitting into this moment, in 1920, came Select - a red bitter liqueur that would go on to become the Spritz's most popular bitter companion in Italy. Created in the Castello district of Venice, Select is made with a blend of 30 botanicals including juniper berries and rhubarb roots using a complex maceration, boiling, and distillation process to create a sophisticated but still approachable bittersweet aperitivo. Select to this day continues to be very popular in Venice and the surrounding Veneto area of northern Italy, and is enjoyed in more than 50 countries as the main ingredient of the original Venetian Spritz.

Select is often singled out as the first bitter that found its way into the Spirtz after running some incredibly successful campaigns in the 1920s and 30s featuring famous Italian actors and actresses - who all said it was the best aperitif in the world. This still wine formula, mixing white wine, soda and Select, remains a local ritual throughout Italy's northeast. 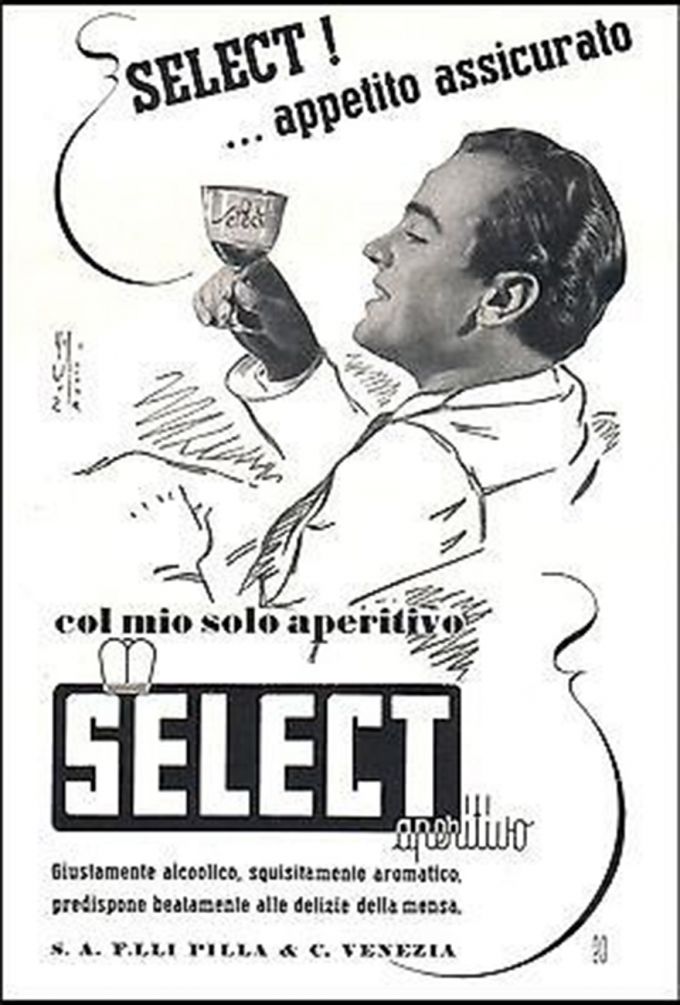 Prosecco meets the formula after the 1970s, when the widespread introduction of the Charmat method (where sparkling wine undergoes its second fermentation in the tank rather than in the bottle, as champagne is made) produced a lighter, easier style of sparkling wine that was much more affordable.

The final ingredient to meet the Spritz Con Select was ice, which was added in the mid 1990s on the beaches and in the bars around Venice. From a smaller serve on the rocks it became longer, colder, bubblier and altogether a more enjoyable social aperitivo. It presents an entirely unique flavour profile from Spritzes you may have tried before, with berry notes, raspberry and strawberry, as well as orange-citrus and a balanced bitter backbone. 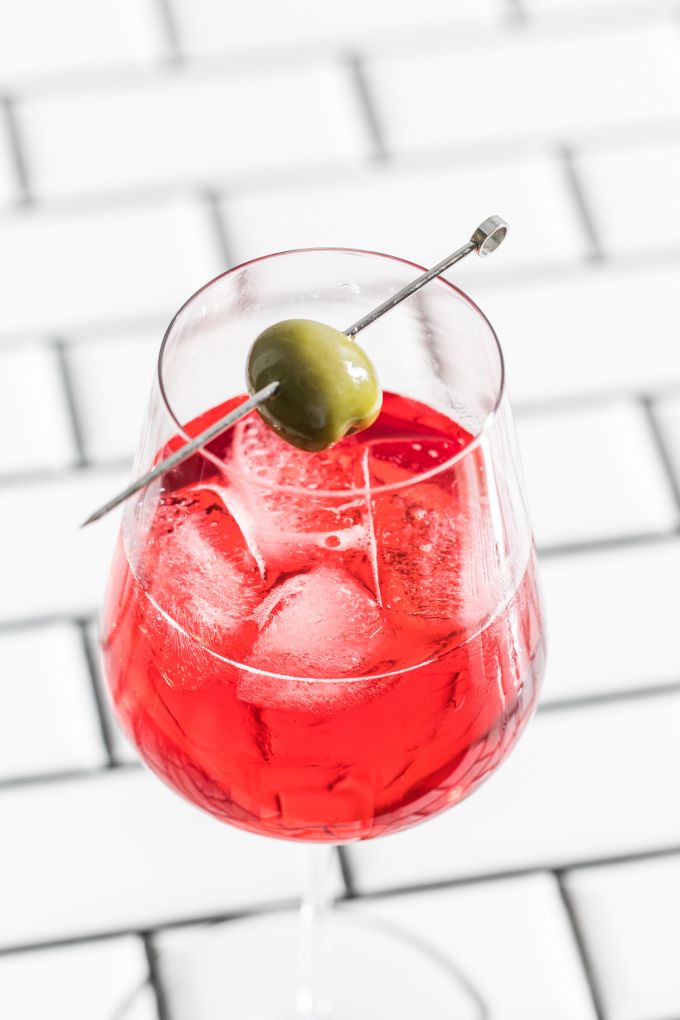 Serve in Wine glass (don't use a thin glass for this serve)
Garnish: Large green olive
How to make: POUR all your ingredients into an ice-filled wine glass and briefly STIR so as not to lose fizz.
3 parts prosecco
2 parts Select
1 splash soda water