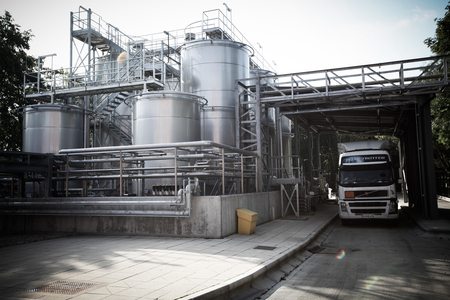 The GNS arrives at Laverstoke in 30,000 litre tankers which are unloaded in less than two hours using dry break seal filling technology similar to that used to refuel an F1 racing car. Each tanker carries enough spirit for three days production, and the tank farm holds reserves for over a week. The GNS is heated to 68°C before charging the stills to save on still time.

There are two pairs of stills at Laverstoke Mill, a giant brand-new pair of 30ft high Italian made pot stills and a pair of refurbished Carter Head stills dating back to the 1800s which were bought from Warrington. 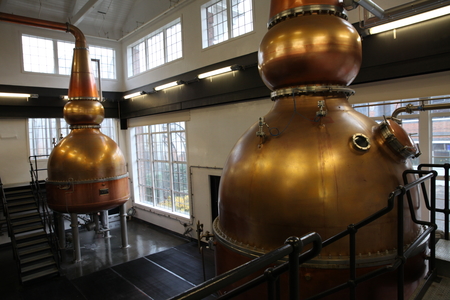 The two huge pot stills built by Green Engineering mimic the two McMillan copper pot stills used at Warrington (the previous Bombay distillery) but with water cooled reflux collars on top. The specially adapted stem jacket and serpentine coil heated Carterhead stills have a kettle base shaped like a pot still with a two bubble cap plate defragnator chamber on top. A tall seven plate reflux column above rises to the swan neck and lyne arm, with reflux encouraged by pressurised and cooled water flowing through a serpentine. 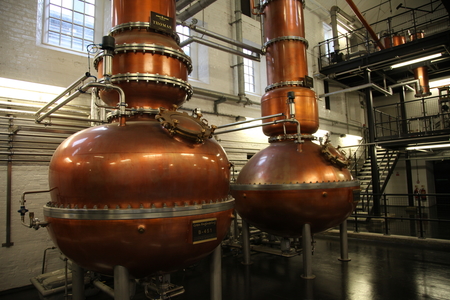 Bombay Sapphire and other Bombay gins are unusual in that they are distilled using the vapour infusion method: unlike most gins their botanicals are not steeped in spirit. The lyne arm from each still directs the vapour through an infusion chamber with 21 perforated copper baskets containing the botanicals. 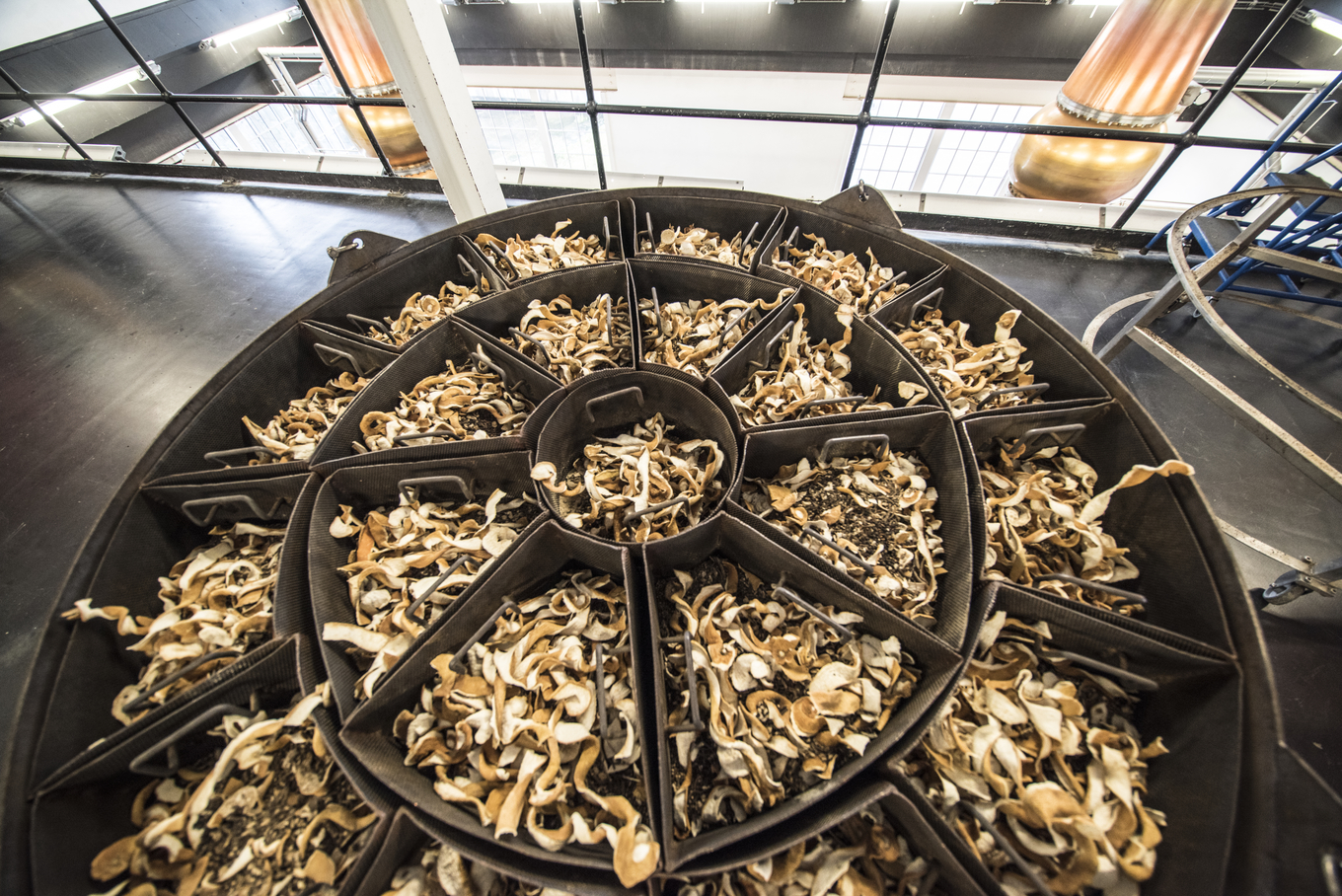 The botanicals are packed into the perforated baskets by hand, first the larger ones: juniper, angelica, lemon peels, coriander seeds, cubeb berries* and grains of paradise*; then powdered botanicals are added on top of these so that they don't fall through the perforations: orris, cassia, almond and liquorice. (*Cubeb berries and grains of paradise are used to make Bombay Sapphire but not Bombay Dry.)

The folk at Bombay say that vapour infusion extracts a fresher expression of the botanicals compared to more usual steep and boil gin production. Vapour infusion does not cook and break down the botanicals in the way that steeping and boiling does, so resulting in fewer cooked and caramelised notes. Apparently, vapour infusion has the greatest effect on juniper and the way the juniper oils influence the interaction of the other botanicals. The Bombay people attest that "the fresher juniper note does not suppress or cloak the other botanicals, but allows them a more coherent expression in the finished gin".

Although this modern facility has a process control computer monitoring system (Siemens PCS7) that would enable automated cuts to be made from heads-to-heart and heart-to-tails based on alc./vol., this system is only used for monitoring and the cuts are made by hand with the still operators deciding when to cut as a result of nosing samples taken from the Scottish made brass-and-glass spirit safes. Each distillation takes around ten hours and the stills are run 24 hours a day. 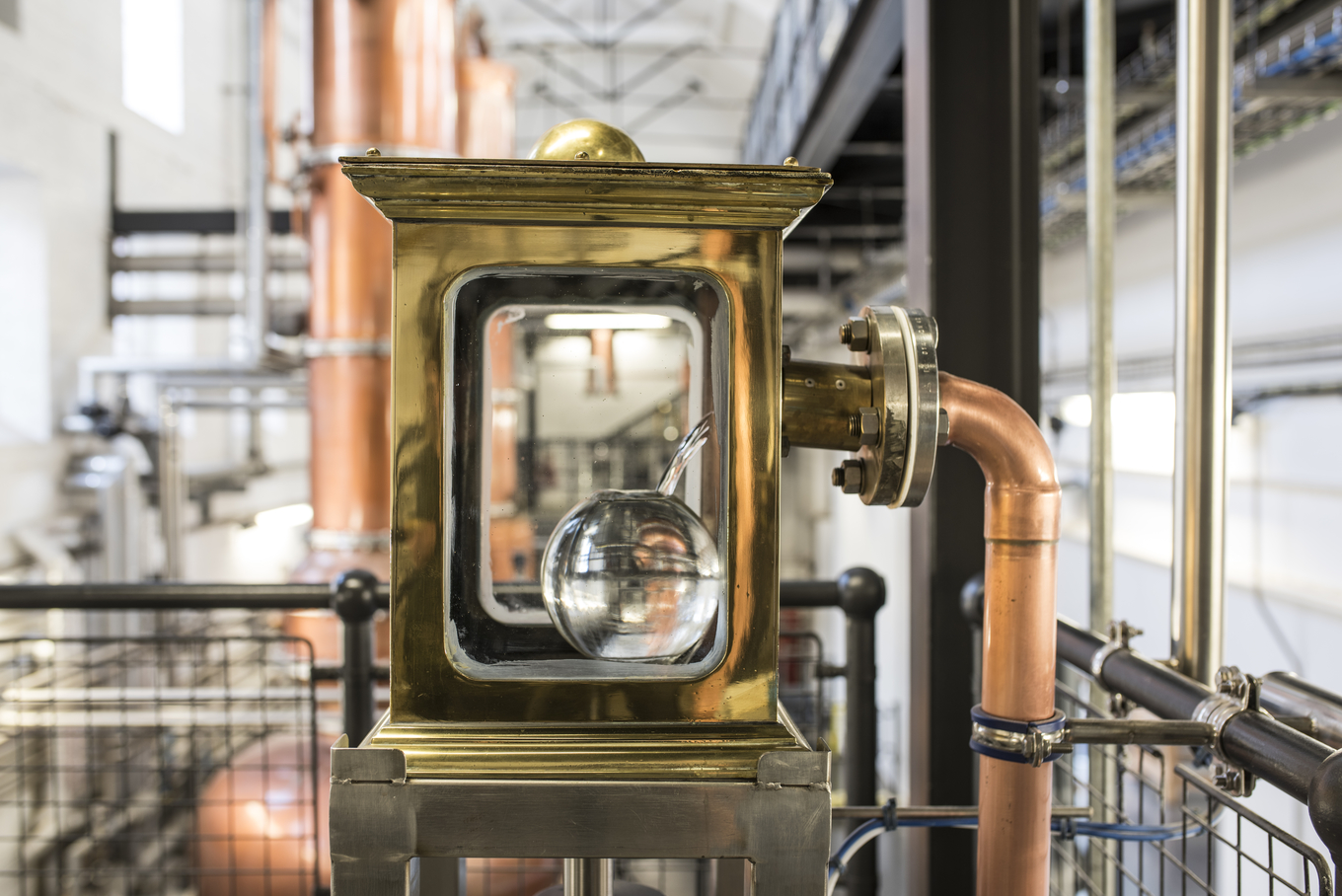 spirit safe for the two pot stills behind

The cut from heart-to-tails is made at around 75°C when the operator detects the start of faints. The spirit from each of the four stills, which averages 86% alc./vol., is collected in separate spirit receivers. After quality testing this is blended before being sent by tanker to Warrington where it is bottled by G&J Distillers.

See more photographs from the distillery below. 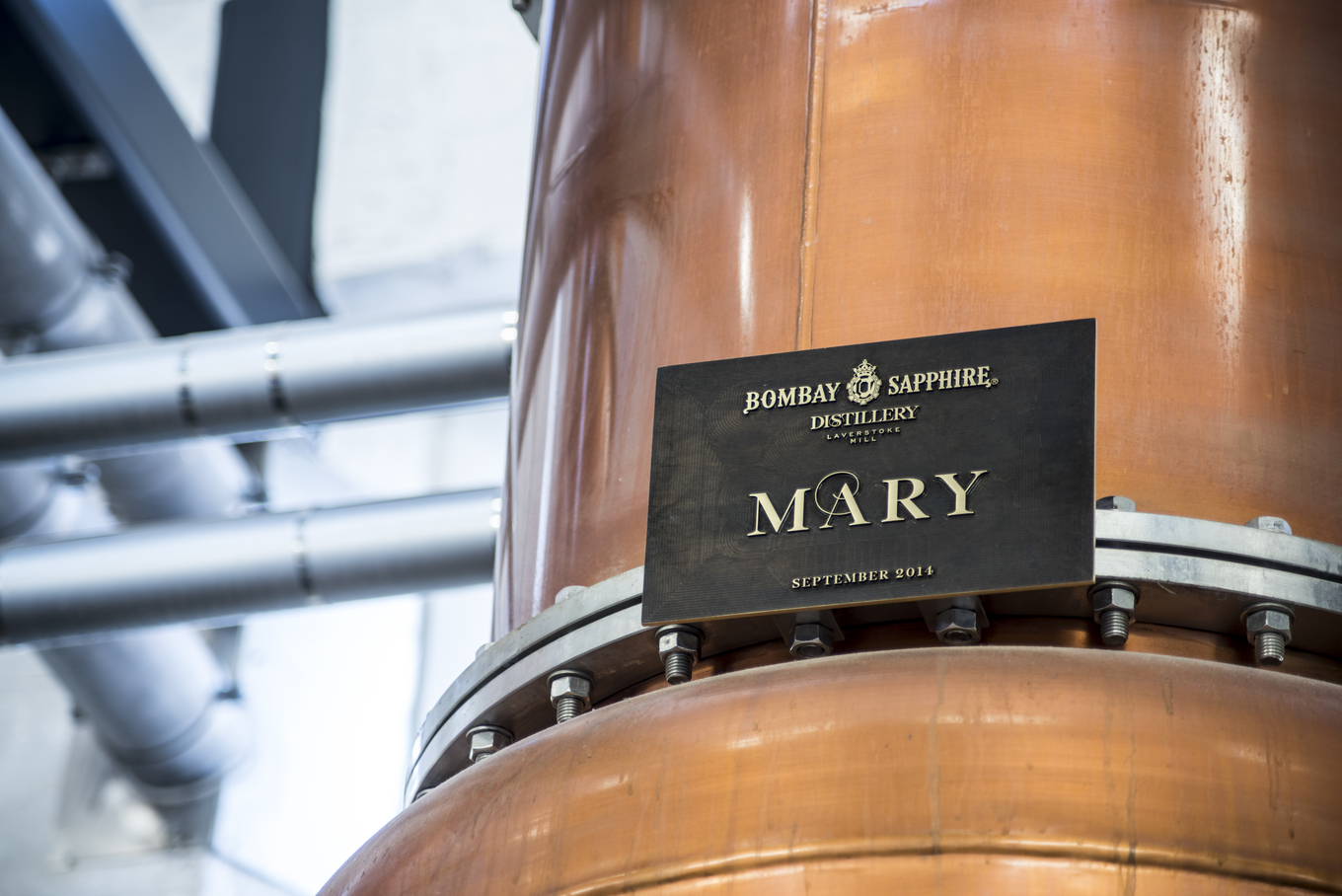 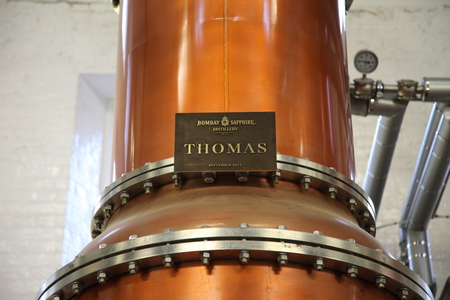 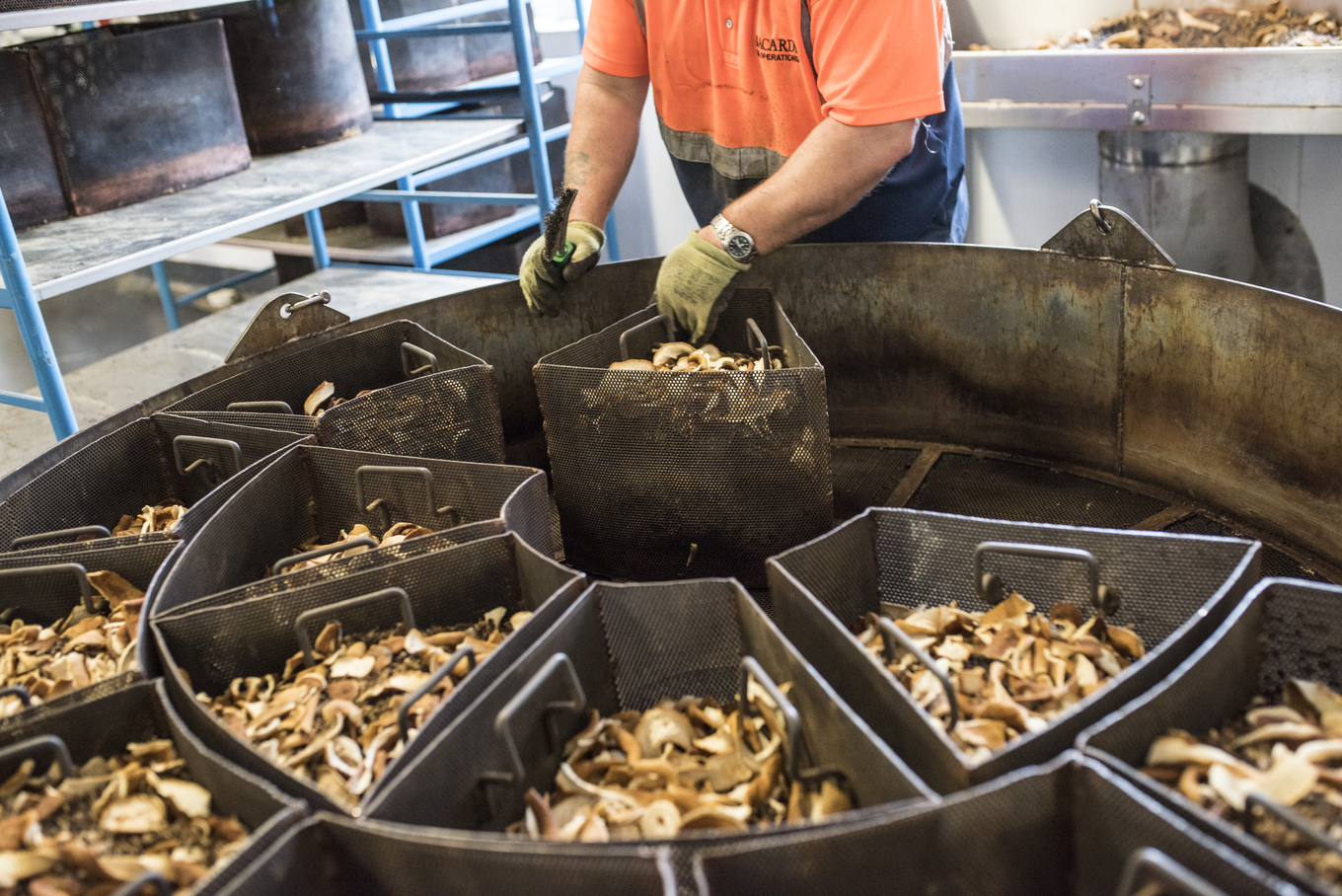 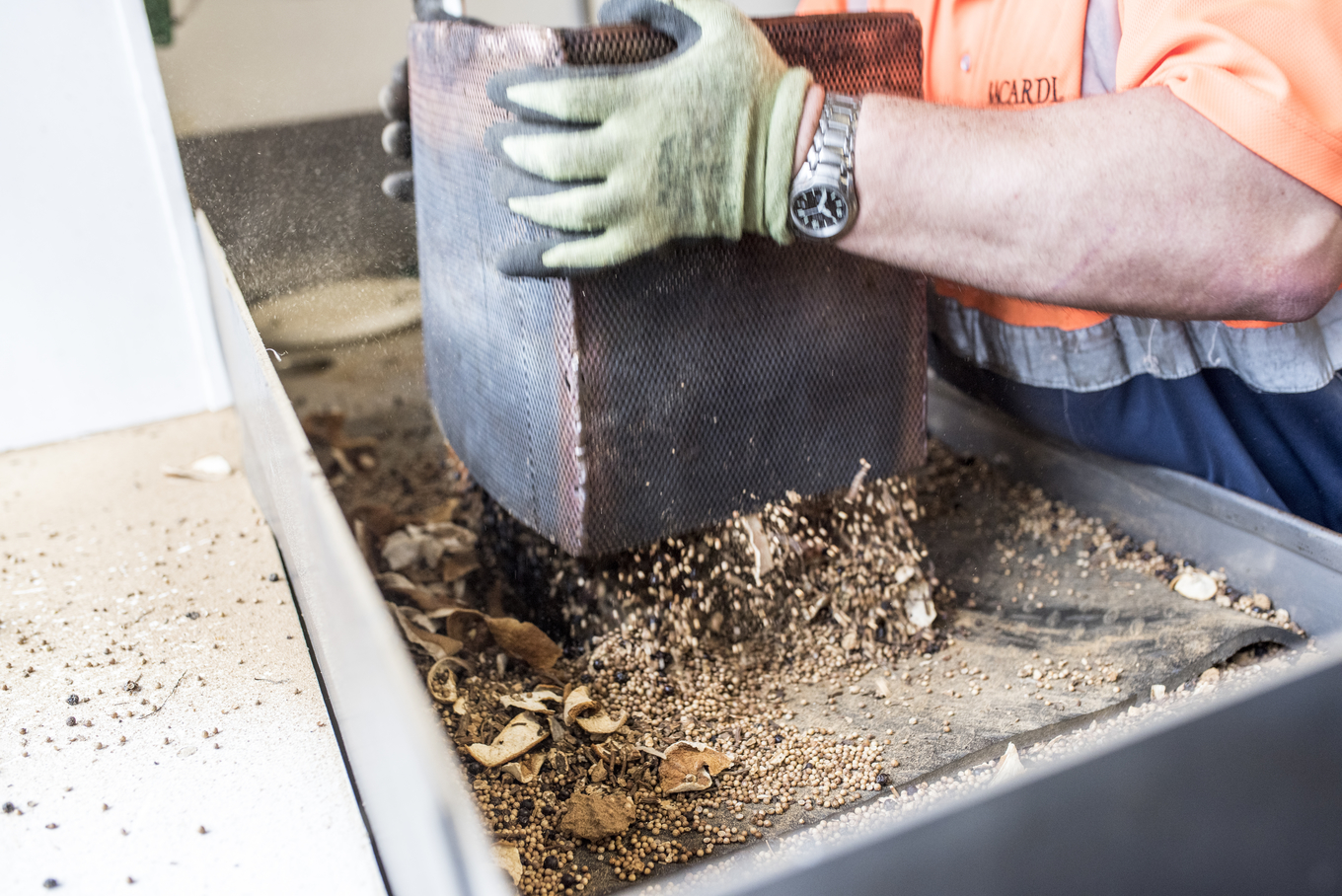 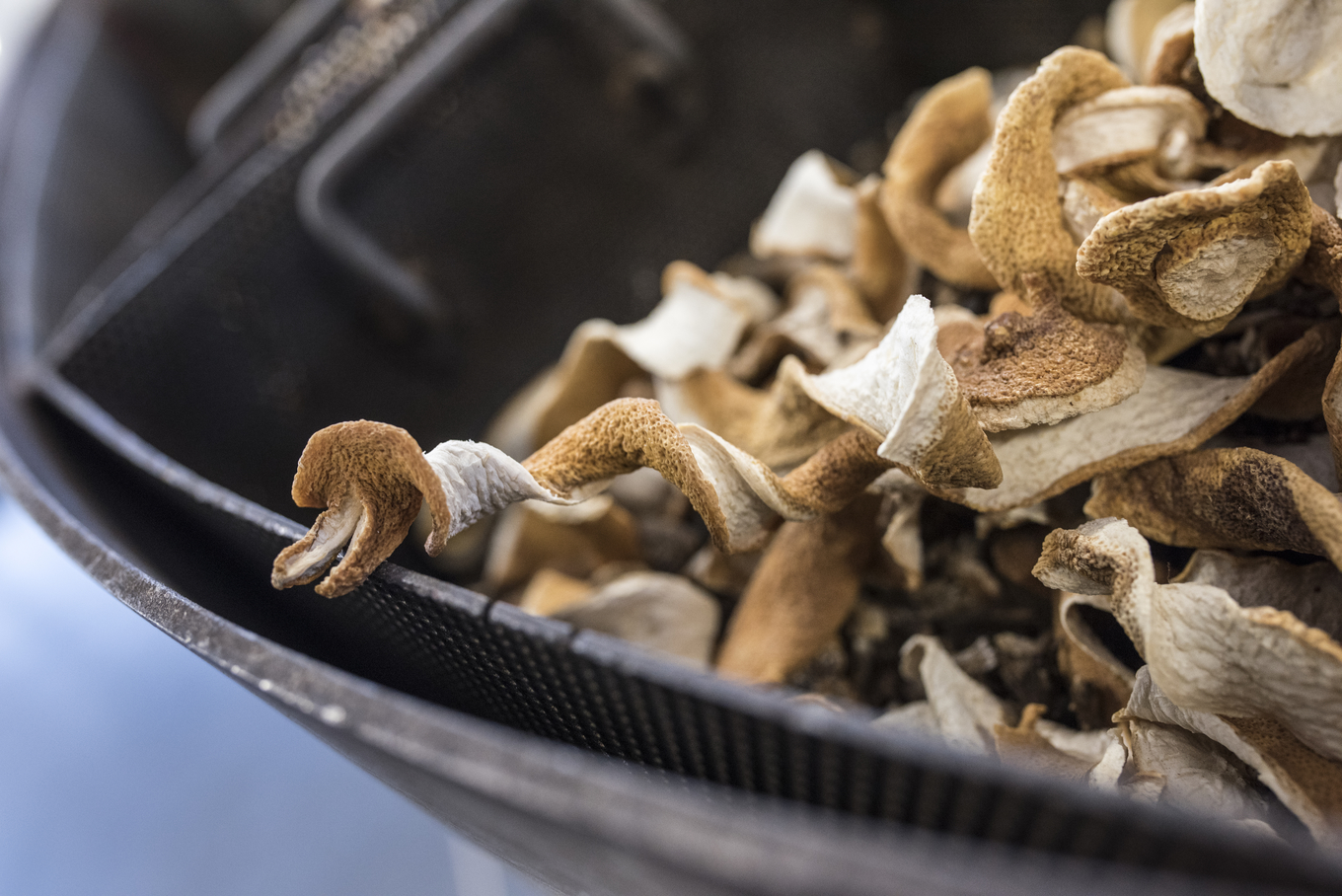 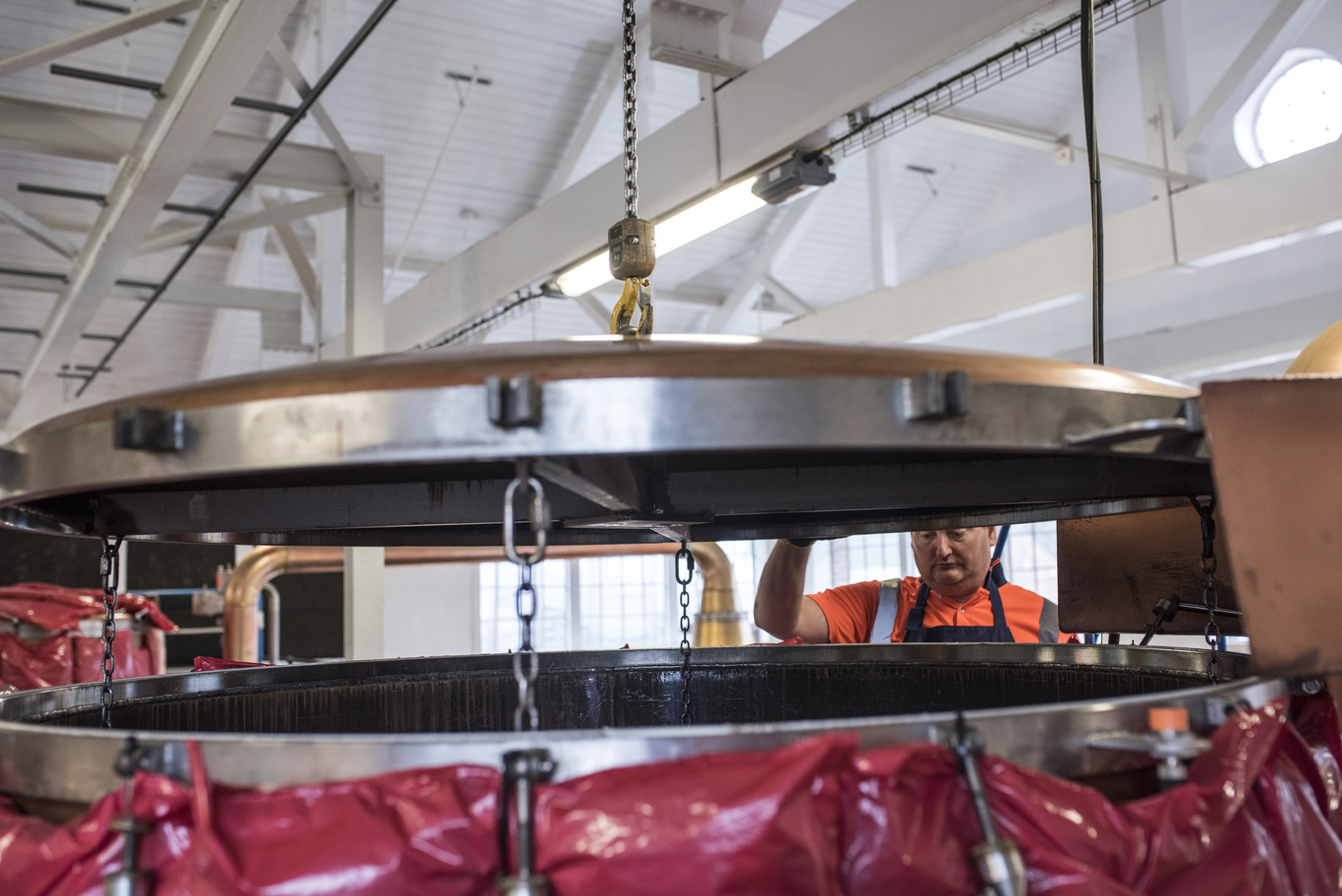 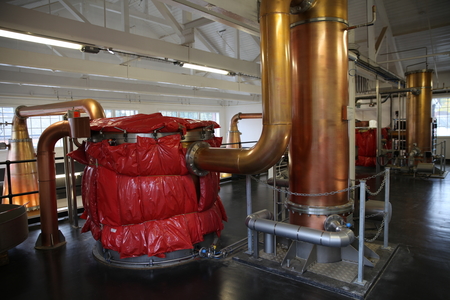 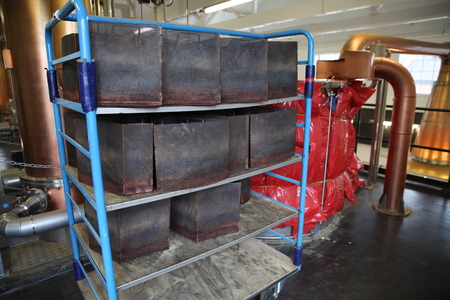 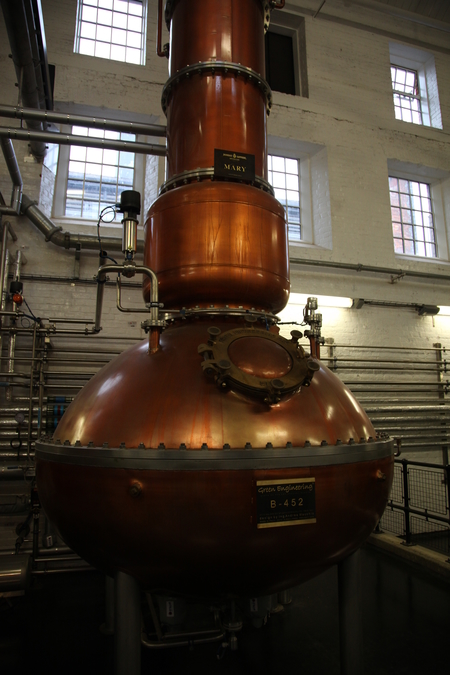 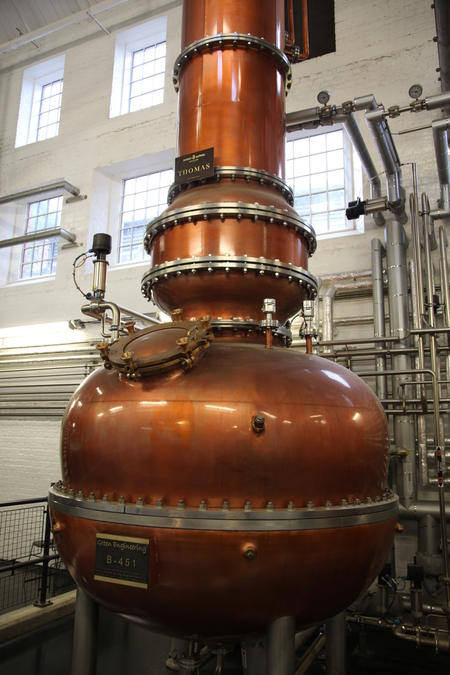 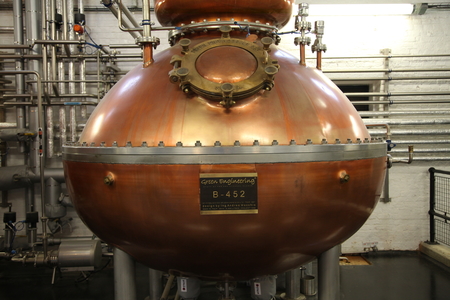 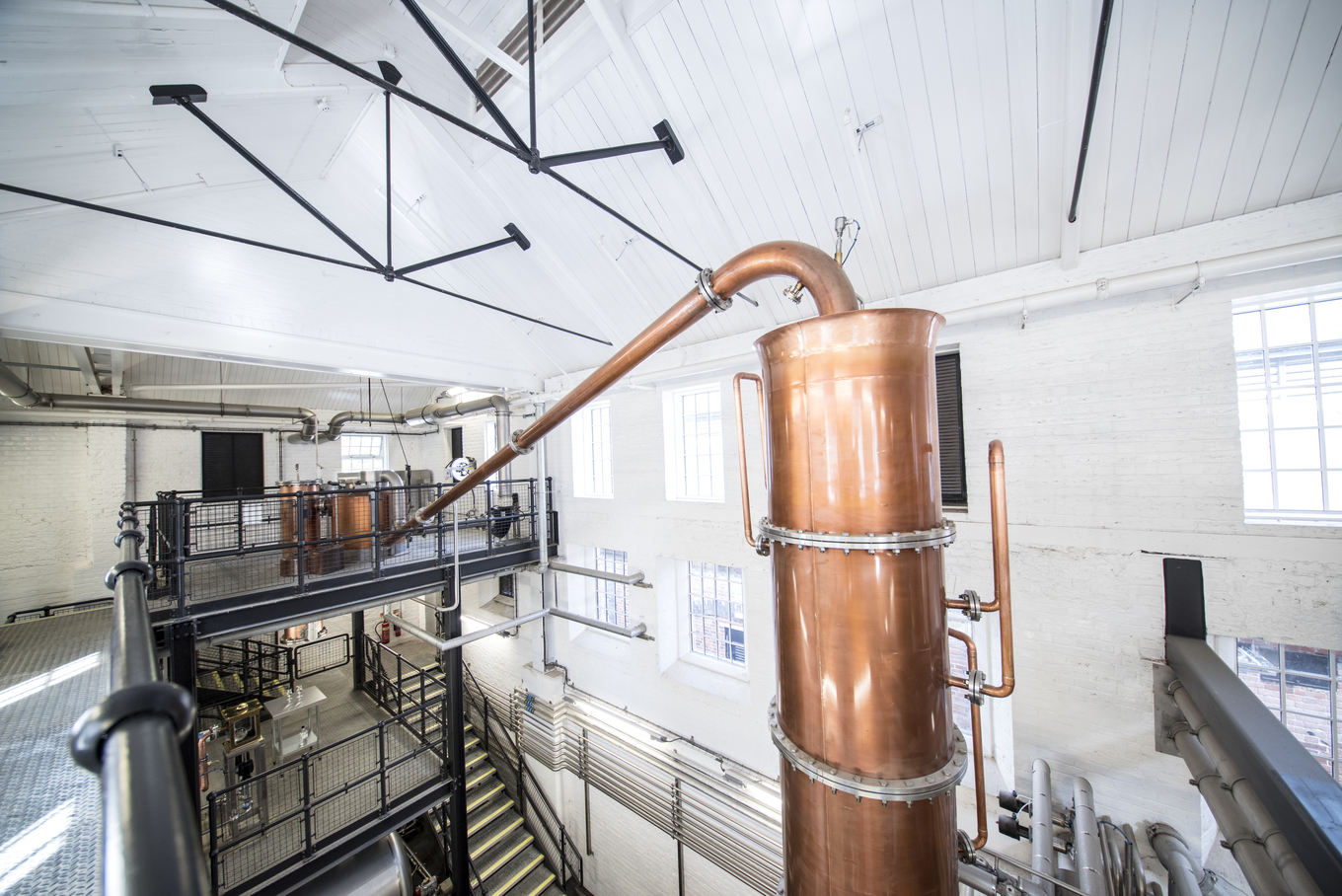 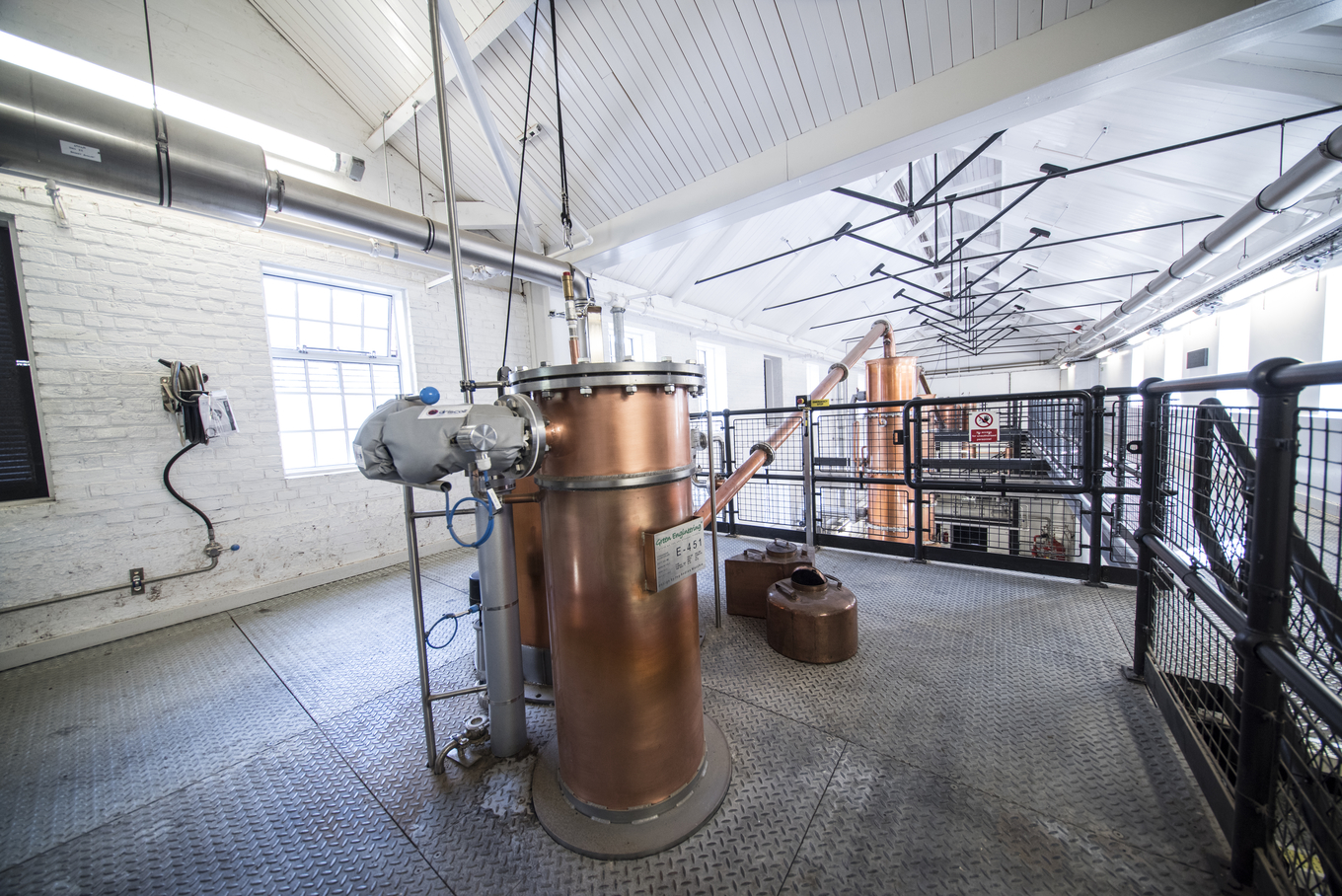 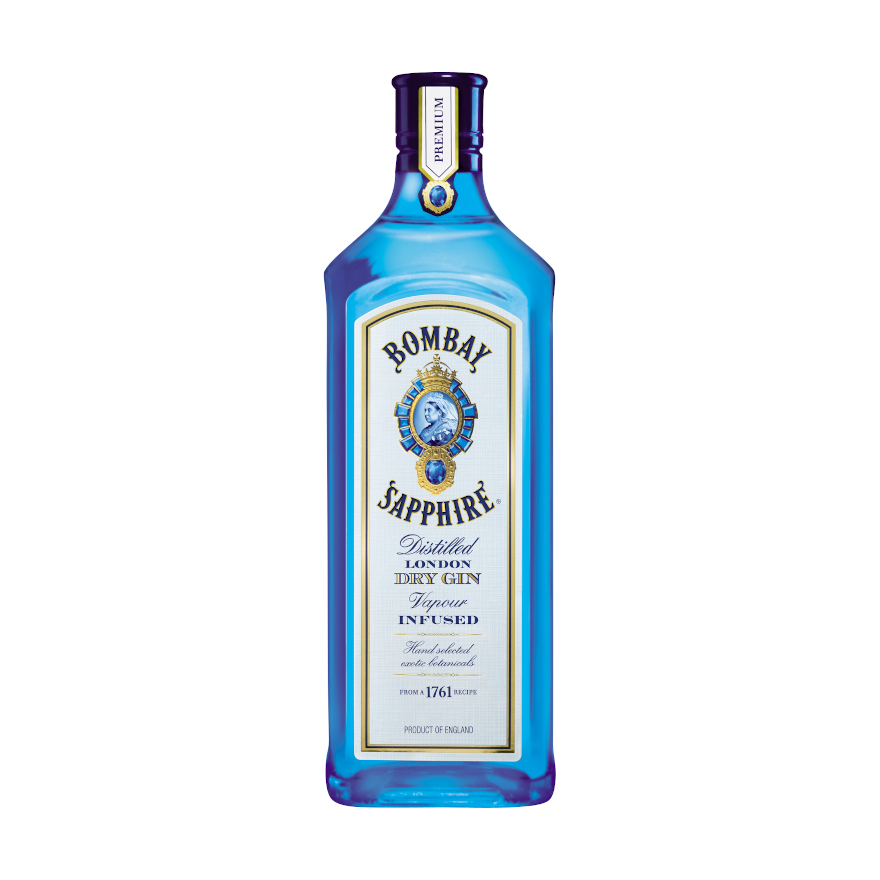 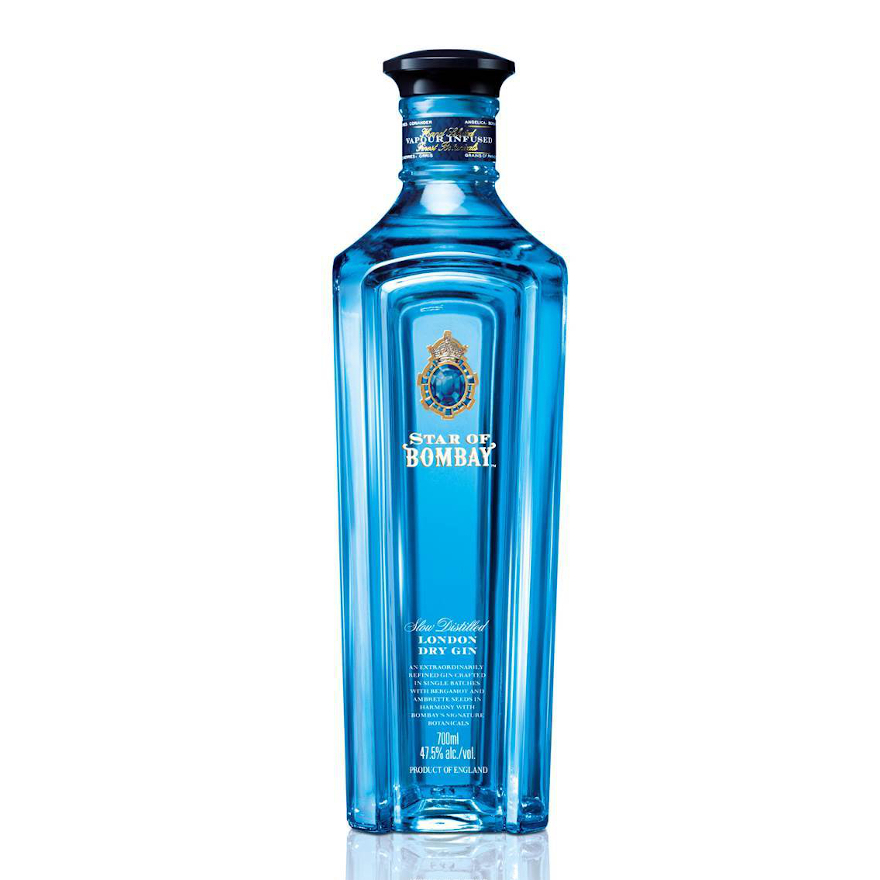 Named not after the eponymous Westbourne Grove Curry House but after the Star of Bombay, a 182-carat cabochon-cut violet-blue star sapphire from Sri Lanka. 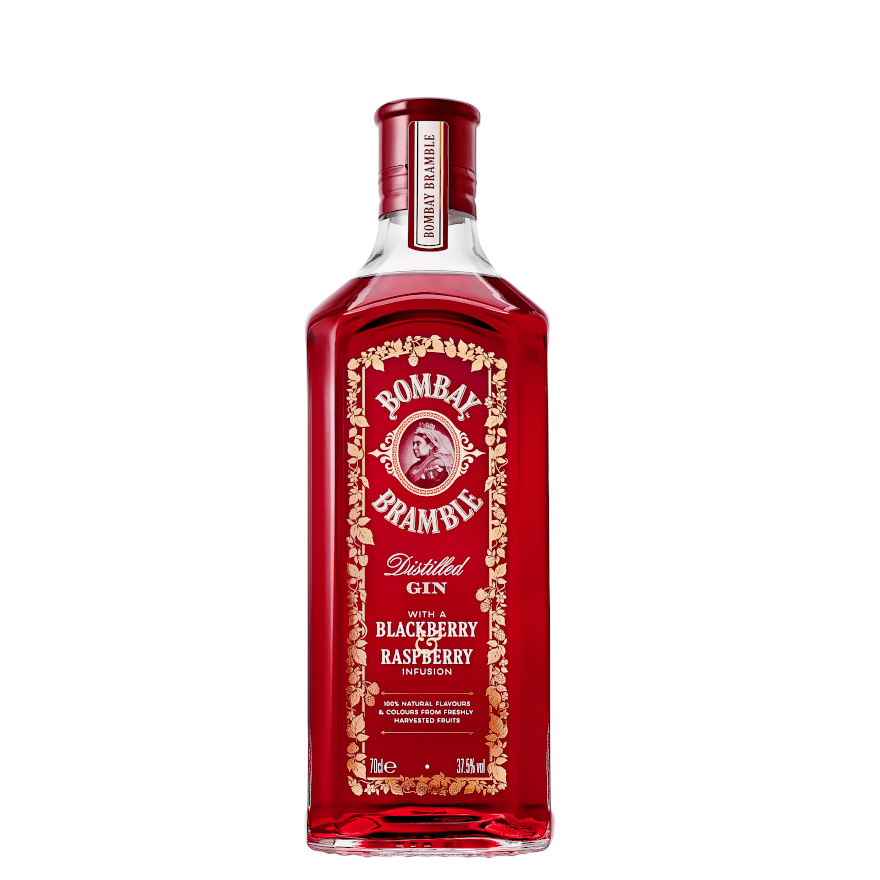 Bombay Bramble is made by infusing Bombay Sapphire Gin with natural flavours from freshly harvested blackberries and raspberries. The sweetness comes only 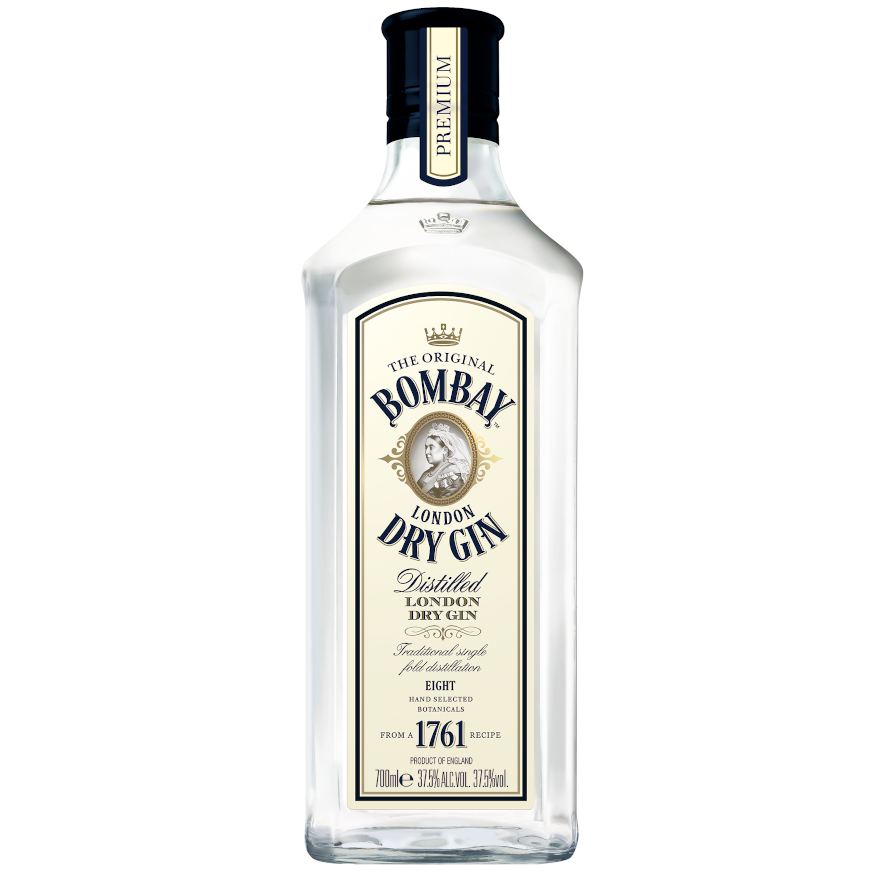 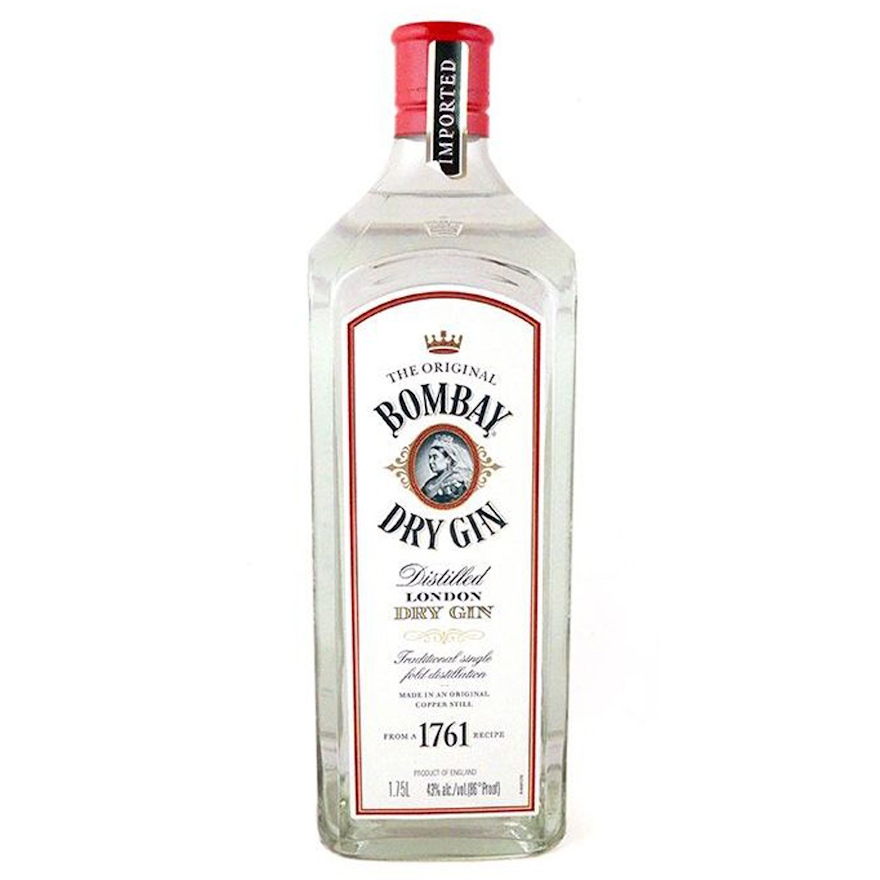 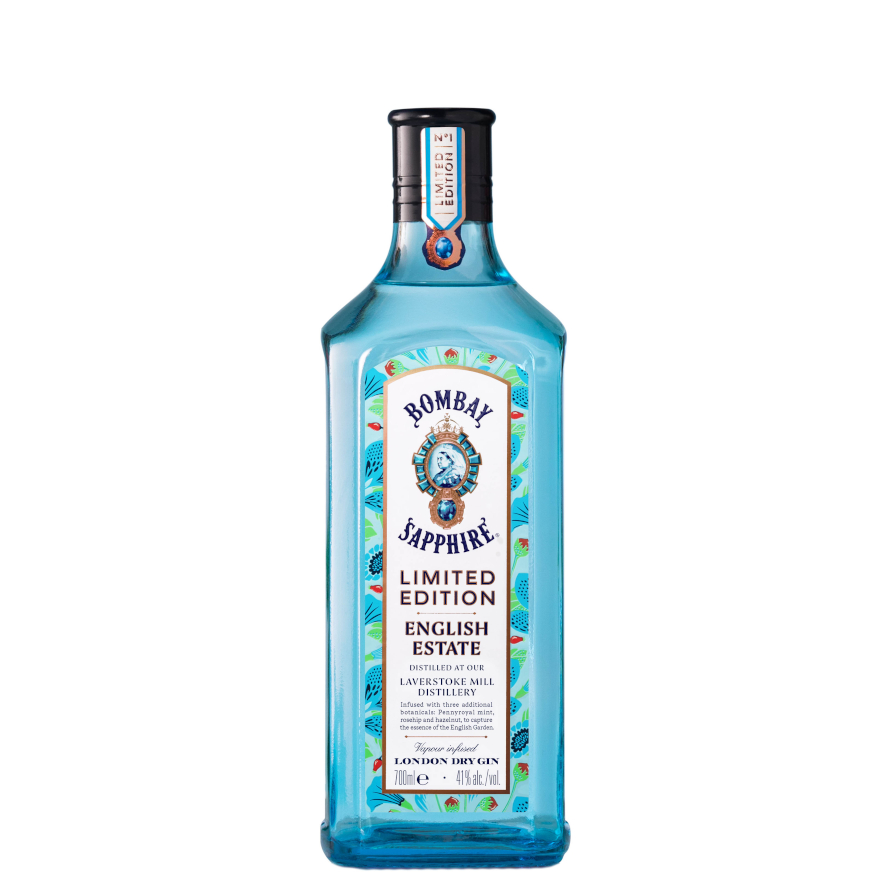 Launched in March 2019, this is the first of what promises to be a series of limited editions from Bombay Sapphire. English Estate adds three new botanicals: 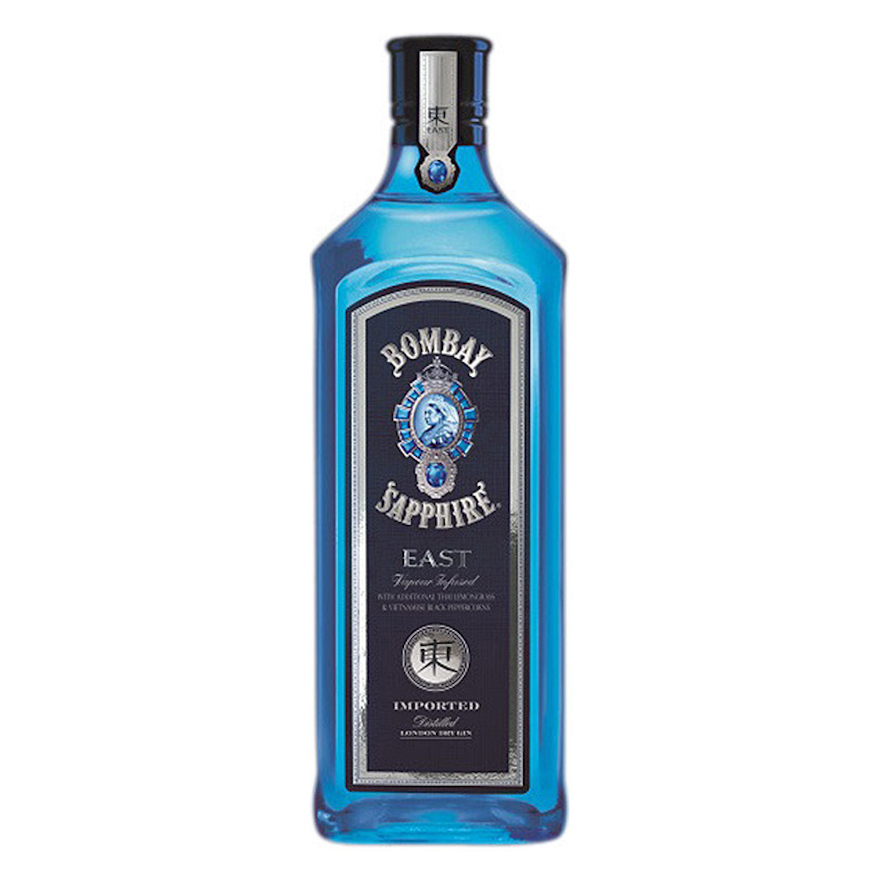 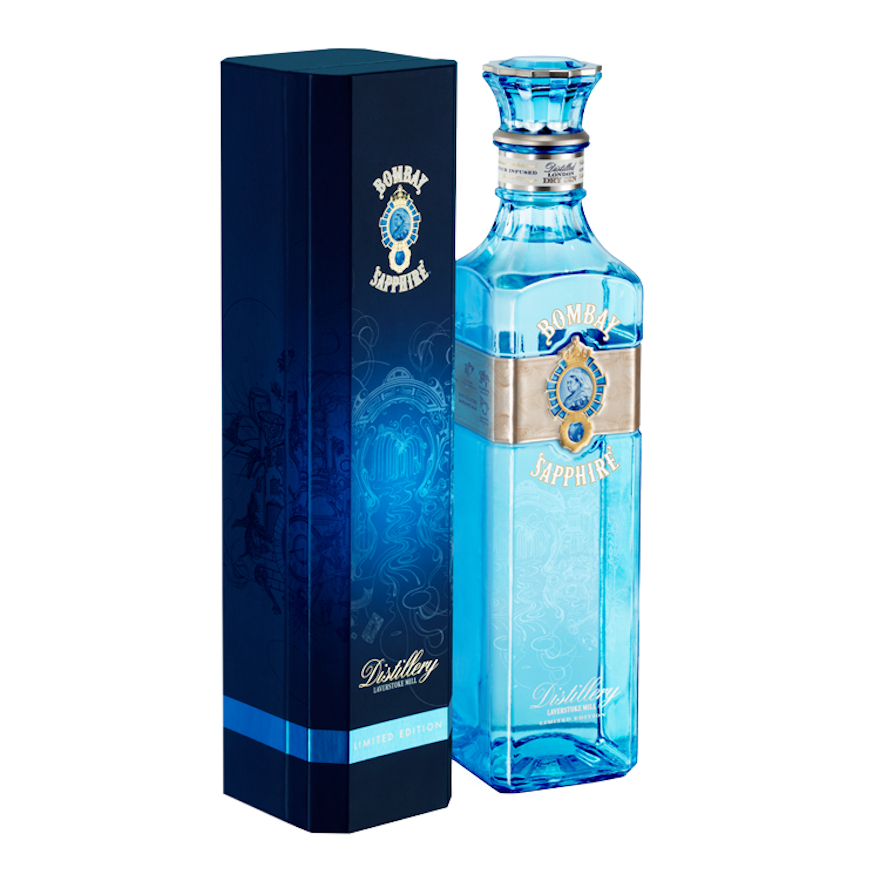 This Bombay Sapphire limited edition bottle was launched in 2013 to celebrate the opening of The Bombay Spirits Company's Laverstoke Mill Distillery. The 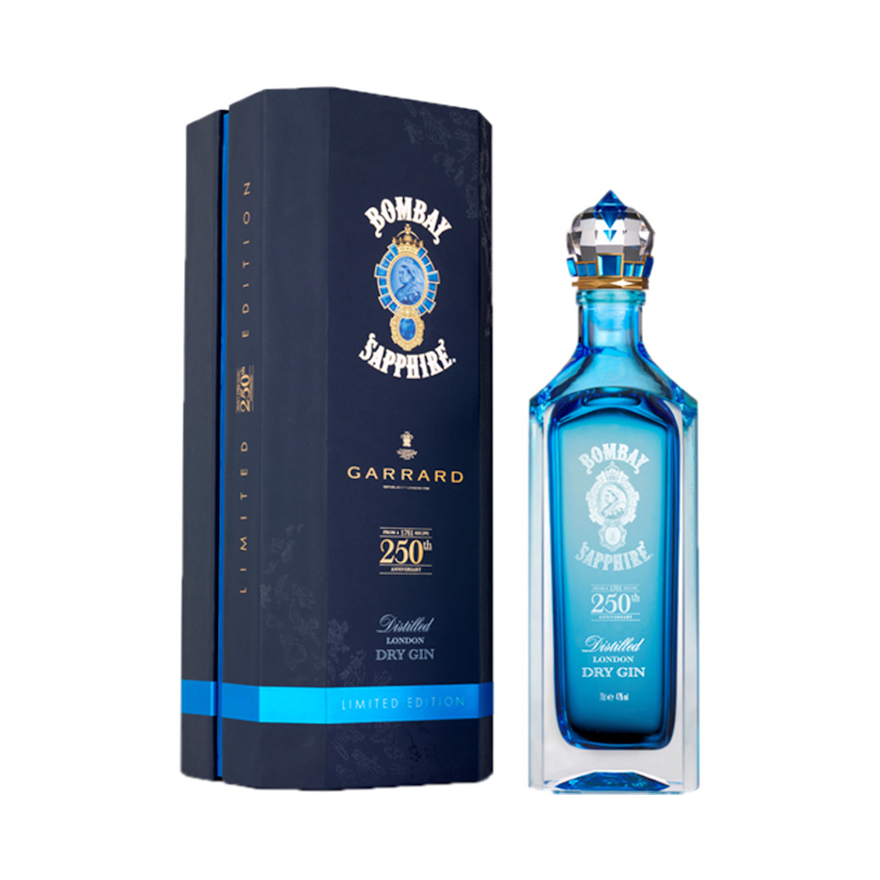 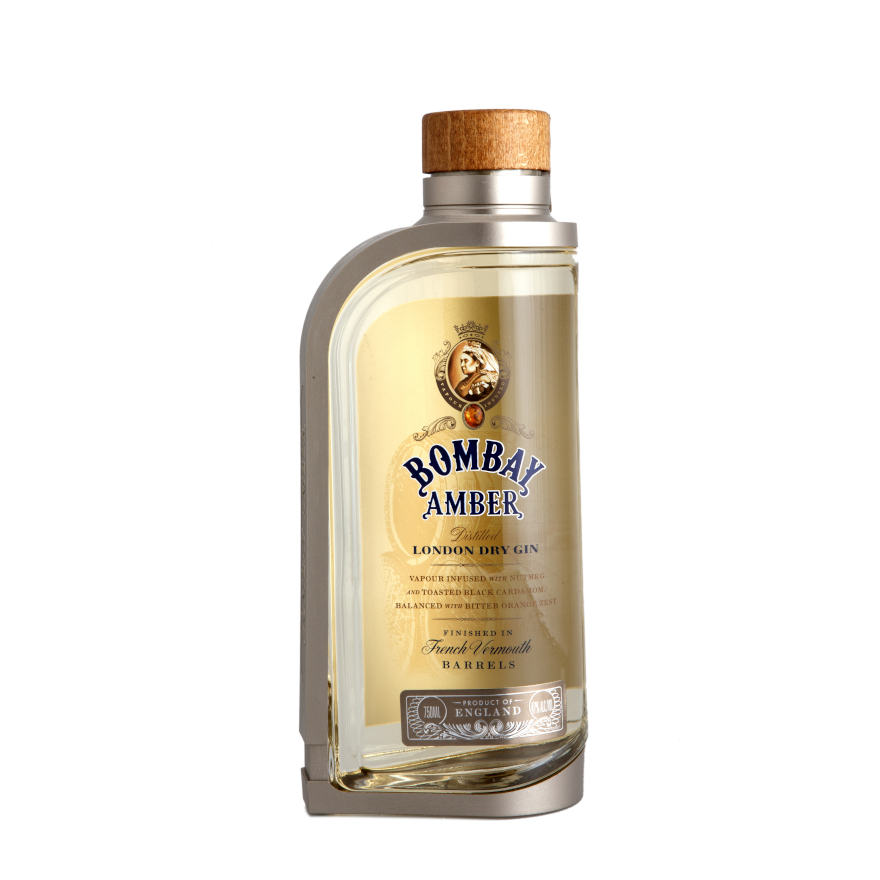 Launched in March 2015 in global travel retail, Bombay Amber is based on the original Bombay Dry recipe with additional black cardamom, nutmeg and bitter