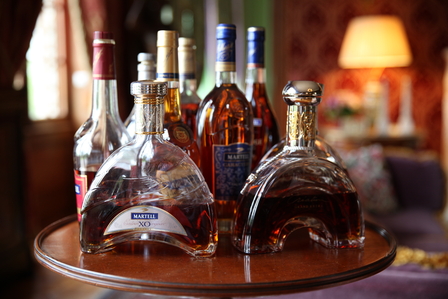 An eau-de-vie must spend a minimum of two years ageing before it can be termed cognac, but generally spends two years and three months or two years and six months as the eau-de-vie is distilled from November until March but confusingly, a cognac's age is counted from its second birthday, which is deemed to be on 1st April.

All parcels of eau-de-vie produced are registered with the Bureau National Interprofessionel du Cognac (BNIC). The BNIC monitor and certify the age of cognacs using the 'Comptes' system where a cognac's age officially starts on the 31st March each year.

Thus 'Compte 00' applies to cognacs distilled before 31st March at which time they become 'Compte 0' cognacs. Eau-de-vie distilled after 1st April retains its 00 designation until the following 31st March when it becomes Compte 0.

'Compte 1' are cognacs which have passed their second April 1st, 'Compte 2' cognacs have passed their third April 1st and so on until Compte 10 which obviously applies to a cognac which has passed its eleventh April 1st. There are no official regulations recording the age of cognacs beyond Compte 10.

Cognac rules on age statement and quality are further confused by the fact that different producers use the same term for cognacs of different ages and this is not recorded on the bottle as the appellation precludes producers from putting age statements on their labels. One producer's Hors D'age might be 7 years old; another's might be 40 years old.

Cognacs in the higher categories tend to be aged very much more than the minimum requirement - cognacs known as Paradis, Grand Reserve or Family Reserve will often be 20 - 100 years of age. A rule introduced in August 1983 codifies the use of the designations based on the length of ageing of the youngest eau-de-vie in the blend as follows: 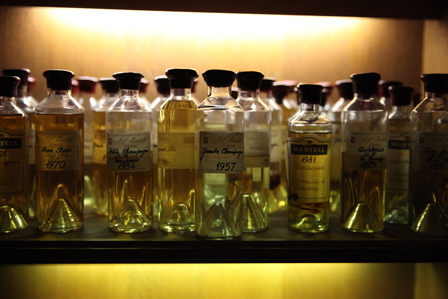 V.S. or Three Star
This is the youngest and cheapest blend. The initials V.S. stand for 'Very Special' and the stars are thought to have originally celebrated the sighting of Halley's Comet during a particularly good year and originally indicated age with a star signifying each year of ageing. Only three star is now used in cognac and along with 'V.S.' these now indicate the youngest eau-de-vie in the blend will be at least Compte 2 (2½ years from harvest).

V.S.O.P., Reserve or V.O.
The youngest cognac in the blend must be at least Compte 4 (4½ years from harvest). The term V.S.O.P. is now far more communally used over Reserve or V.O. and originated at the House of Hennessy. On October 7, 1817, England's Prince Regent and future King George IV sent an order to Hennessy for a 'very superior old pale' cognac. Thus this style and the V.S.O.P. classification were created.

Napoléon
Courvoisier claim that the term Napoleon originated when they laid aside a brandy for Napoleon, who was planning to leave for the USA after his abdication. Napoleon cognacs normally sit between VSOP and XO. Legally, Napoléon must be at least a Compte 6 (six and a half years from harvest), but they are often very much older.

X.O., Vieux, Hors d'age, Extra
The term X.O. originates with Maurice Hennessy, who created his X.O. (Extra Old) blend of old eaux-de-vie for consumption by close friends and family. Like Napoléon cognacs, legally these cognacs must be at least Compte 6 (six and a half years from harvest) but this set to be increased to ten years reflecting the fact that X.O. cognacs are generally at least 15-20 years old.

Vintage Cognac
While it is not permitted to put an age statement on cognac, the rules do allow for vintage cognacs made with eaux-de-vie from a single harvest and that year may be specified on the label. Sadly the production of vintage cognacs remains rare.