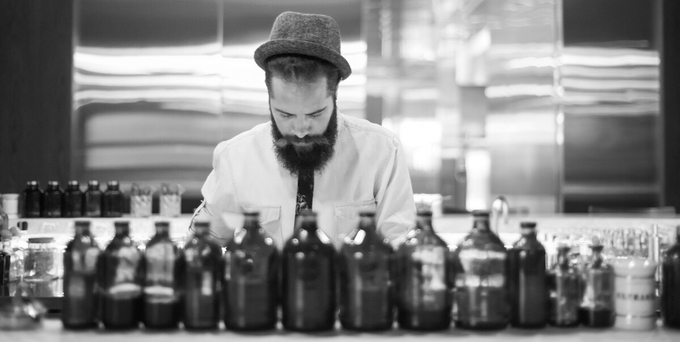 Coffee has shaped the cool green hills of Colombia’s Eje Cafetero region for centuries, but 1835 was a landmark year for the nation’s growers. That year, over 1,100kg of beans left the country bound for the US: the start of Colombia’s coffee exports.

"Colombia is not only known worldwide for the great quality of its coffee, but also for how bold its people are: they are hardworking, kind, enterprising and brave," says Adrián Madio, 2017 World Class Colombia champion and head bartender at Bogotá's stunning Juana La Loca restaurant. "All this inspired me to create this cocktail, a small tribute to this land, the fruits it gives us and its people."

The name of Madio's cocktail, an elegant blend of rye, coffee and cherry with a hint of chocolate, is Audaz, which translates as 'bold'. Coffee, which supports over 500,000 farming families in Colombia and remains one of the country's major exports, features highly. "I use it in a home-made preparation of a Colombian coffee balsamic vinegar and in the garnish," he says. "To highlight coffee's tempting aroma, I use a spritz of Coffee Heering."

Growing up in the little town of San José de la Esquina, Argentina, Madio first encountered Heering as a child, back when it was a rare product indeed in Latin America. "When I was very small, an old friend of my father who lives in Switzerland always brought him bottles of liquor, and one of those was Cherry Heering," he recalls. "It is a beautiful memory that I have of my childhood."

Later, Madio would make his first cocktails in a restaurant his parents owned, called Makao. But it wasn't until he left home to study in Rosario, the provincial capital, that he fell in love with drinks. The bar? Rock & Feller's, Rosario's answer to a Hard Rock Café. "It really was like love at first sight," he recalls. "I was hired as a cook, but when I walked in I saw the bar and I said to myself, 'I have to work there!'"

After five years, wanderlust kicked in and Madio set off to work his way across Latin America. Following stints in La Paz, Bolivia, Lima, Peru, and Montañita, a beach town in Ecuador, he landed in Colombia in 2011. "The scene has evolved a lot since I arrived, thanks to clients who have travelled and are open to new experiences," he says. "And, obviously, to bartenders who have been learning through training, competitions and studying independently."

Besides that all-important education, Madio sees sustainability as a positive trend for the industry, and one that needs to go beyond a passing fashion and become deeply ingrained in bartending DNA. "Another trend that I am very, very happy has begun to be seen is making cocktails at home," he says. "It increases the interaction of people, friends and family: it's invaluable that they can create their own cocktails."

While Madio is impressed with how the industry has expanded over the last few years, he thinks there is much, much more work to be done, both at a local and an international level. "Although the industry has grown a lot in recent years, it is still far from the recognition that chefs receive," he says. "I would like that someday we are valued in the same way as they are, and that is achieved with a lot of work, and above all through union. We need to relate more and support each other more."

Winning World Class, a stage along the road to recognition, was a source of great joy to Madio. "There's satisfaction with the effort made, the energy invested, and all the help from co-workers, friends and family members - but there's also the pride of being able to represent the country that opened its doors to me on a global stage," he says. "I will always be very grateful to Colombia and all those beautiful people that I have known in this time."

And, while Bogotá may still have an intimidating reputation outside Latin America, Madio thoroughly recommends making the trip to the Andes. "As the saying goes, 'Colombia: the only risk is wanting to stay,'" he says. "Bogotá is a beautiful city, with a great variety of bars and restaurants and constantly growing. But I'd not only recommend Bogotá but many places and cities where there is too much history."

And a surprising amount of that rich history is bound up in that most magical of beans: coffee. 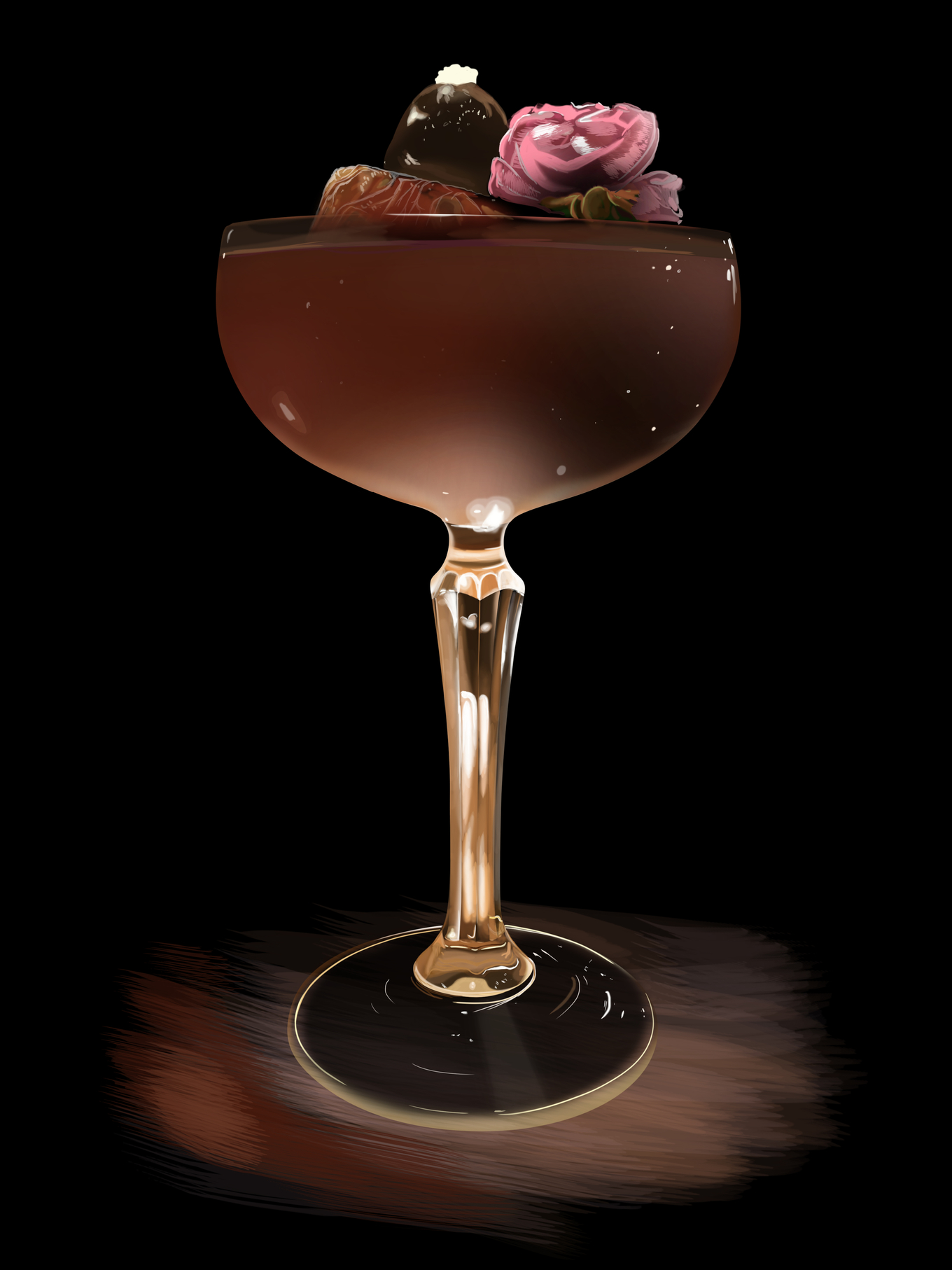 In a mixing glass we place the ingredients, add cubes of ice, cool and dilute, serve in iced copupe glass, add the large cube of translucent ice, decorate with the cherry, the yellow flower and finish with the fragrance of Coffee Heering.

Process:
In a bowl place the balsamic vinegar and coffee, let it infuse for 23 hours and filter with a cloth colander, then add the simple syrup.

Stuffed Cherry:
Fill the cherry with 2 grains of Colombian coffee, bathe with chocolate covered, place on the top the salt flake and bring to cold.