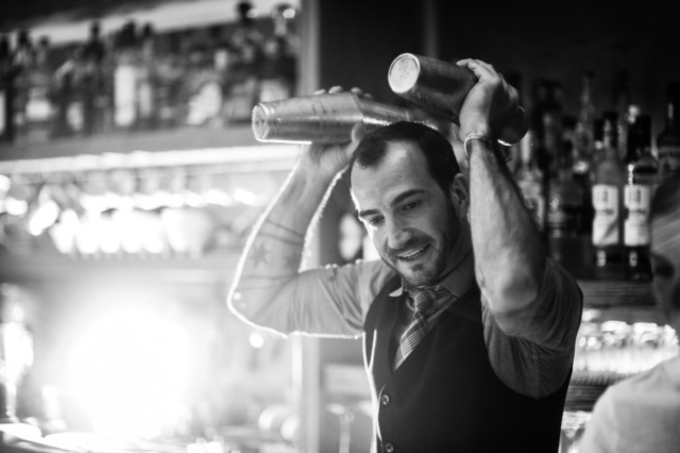 “Lots of stuff happened in 1912,” says Chicago’s Charles Joly. “But the personal touch for me is that it’s the year my grandmother was born. She raised me, and she was a big influence on who I am – in this business and everything else.”

Joly made his name locally with classically influenced cocktails at the now-defunct Drawing Room and internationally with high-drama, high-science creations for the Aviary before winning World Class 2014. He now co-owns premium, natural pre-made brand Crafthouse Cocktails, runs his own events and consultancy company, Spirit Smith, and has his own line of drinks tools. He credits his grandmother, Mona, who lived to the age of 101 and stood just 4'11" tall, with much of his success.

1912 was a fascinating year to be born. "I'm not sure another generation will see the changes that she saw," Joly muses. "When she was born, the Wright brothers had just happened; the transition from horse-drawn carriages to automobiles was just happening. Prohibition ended on her 21st birthday; she lived through World War I and World War II."

1912 was also the year that absinthe was, effectively, banned in the US, and Joly incorporates that into his cocktail, a full-bodied spirituous blend that's very much in the style of early 20th century drinks. Mona, whose parents came from Lebanon, kept a little bottle of arak in the kitchen cupboard, and the waft of anise harks back to her too. "The flavour profile of arak, and the fact that it louches when you add water, has that connection to absinthe for me," says Joly. "She'd show me the magic trick with it when I was a little kid."

The walking, talking definition of formidable, Mona worked full time when that was still rare for women, as well as busting a gut around the house and keeping her 6'1" grandson out of the multifarious trouble Chicago's South Side had to offer in the 80s. "She was well into her seventies when she assumed responsibility for my sister and I - and it's no small feat at that age to take on a couple of soon-to-be teenagers," Joly recalls. "My grandfather was in a wheelchair at that point. And I think that's what kept her alive to 101."

It's a work ethic Joly seems to have inherited, at least after abandoning his dream of becoming a vet for a dream of becoming a musician. While he's known for his work in cocktailian spots, he cut his teeth at a club named Crobar. The world of freaks and club kids and gender-fluid door staff on 12-inch platforms, the twisted glamour and exuberant glitz of 90s nightlife enmeshed him until, in his mid-20s, he realised he was a better bartender than he was a singer, and accepted an operations role with a bar group.

Winning World Class marks a clear transition point in Joly's career. Although he and Matt Lindner started Crafthouse Cocktails back in 2009, the consultancy, PR, events and ambassadorial opportunities that opened up to him as officially the world's best bartender - and an American to boot! - enabled him to leave behind the role of employee. "World Class is definitely a dot on my timeline, it's definitely a key moment," he says.

Today, Crafthouse is going from strength to strength. "We're in 11 states in the US, everything from big liquor stores to grocery stores: Whole Foods is one of our biggest partners," Joly says. "We're in some sporting venues, we're about to break into New York into some theatres and concert venues, we've been on United Airlines for two years: places that are super-high volume, and fast."

And the World Class magic continues to power Spirit Smith. With Diageo, Joly has created official cocktails for the Academy Awards, Emmys, Grammys and Kentucky Derby, and done after-parties for Stephen Colbert and Jimmy Kimmel. And, yes, working Oscar night is as much fun as you'd imagine.

"At the very first afterparty, the Governor's Ball, people are generally very well-behaved, very much still on, if you will," he says. "But the later afterparties are definitely where people can let their guard down, which is really fun to see and work. There's not media everywhere, so it's easy to relax and be themselves."

Mona didn't quite live to see this phase of her grandson's life. But she did make it to a couple of his bars. "I think the last time was when she was a little more mobile: we had her in for Mother's Day at my first full-fledged cocktail bar, the Drawing Room," Joly says. "Getting her down the stairs to it was a bit of an adventure, but she wasn't much of a drinker. She smoked a pack a day, that was her vice." 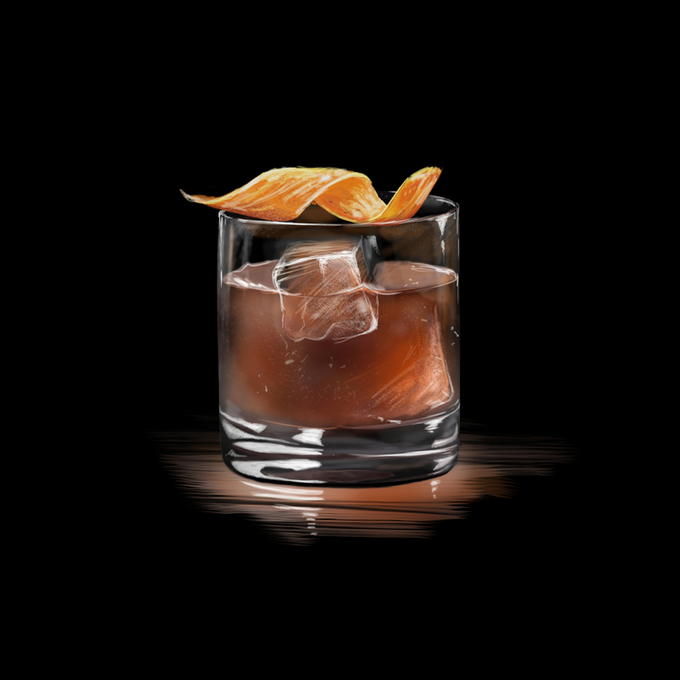 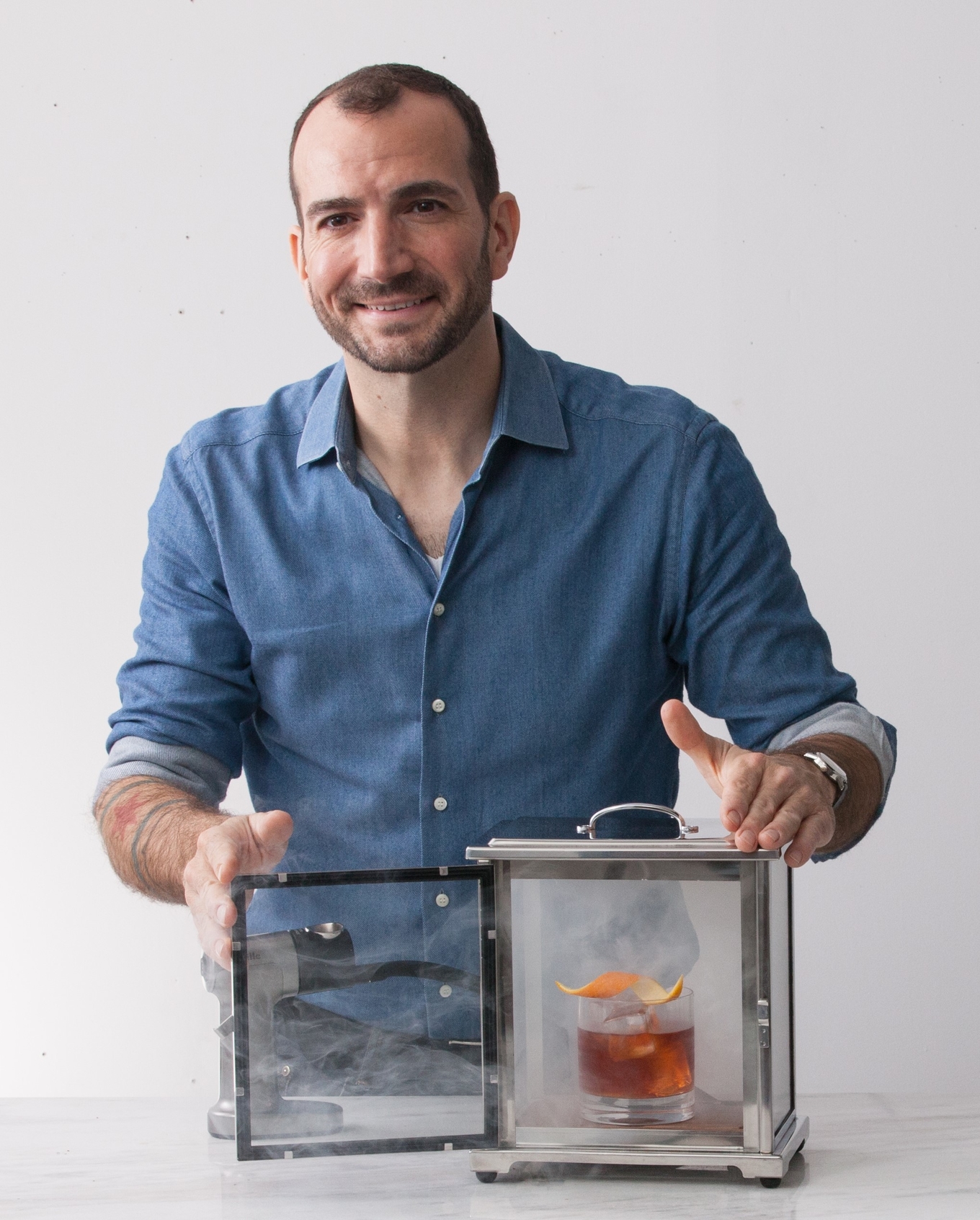